For our special family trip each September, we usually just go on a day trip somewhere.  However, this year Mr Pict had both Friday and Monday off for the Labour Day weekend and the kids were off school – having just gone back three days before! – so we decided to have an overnight stay away.  Since none of us have every been to Pennsylvania’s capital city, we decided that Harrisburg would be our destination.  Museums and historic sites are our thing – as you might have noticed – so our first visit of the trip was to the National Civil War Museum.  We managed to find a Groupon discount for the tickets too which meant it was a bargain choice.

The Museum is housed in an imposing, purpose built building which overlooks the city.  The galleries are spacious and thoughtfully organised and there is an efficient and effective flow to the way visitors move between rooms and levels in the building.  Mr Pict and I were very impressed with it as a Museum – and not just because Mr Pict is a Civil War nerd.  One of the things I appreciated about the museum was how even-handed it was.  Regardless of how firmly in Union territory we were, there was no bias evident in the presentation of the information, no Yankee triumphalism or demonising of the Rebs, no turning history into “goodies and baddies”.  This bipartisan, emotionally balanced approach was evident from the outset with a statue outside that depicts a Confederate soldier tending to a wounded Union soldier by providing him with water, apparently an act of compassion that actually occurred. 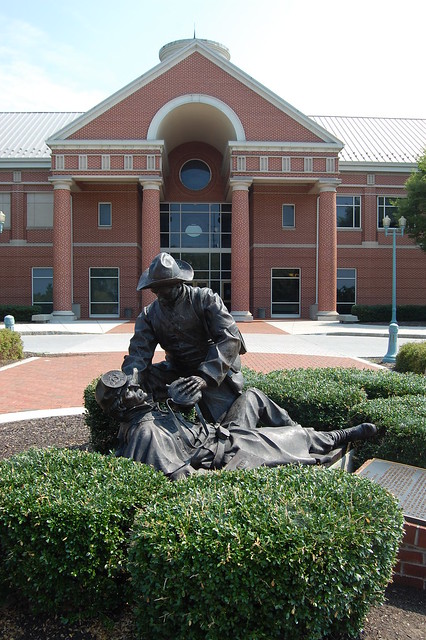 The Museum galleries are organised in roughly chronological order.  Accordingly, the first gallery was about the antebellum states, especially the southern states, and the issues that were the root cause of the Civil War and the final exhibits focus on the assassination of Lincoln and Reconstruction.  There were full size three-dimensional vignettes and small dioramas to help illustrate the history and map out the battles.  I thought the models were among the best I have ever seen anywhere, far better than anything in Tussaud’s.  They were engaging, evocative and touching – never more so than in the depiction of a slave auction, a stricken mother clinging to her child, a scarred slave locked in a cell.  My kids took turns climbing inside the replica of a box in which a slave had escaped into a free state almost at the cost of his life.  I think that really helped them comprehend the sheer desperation for freedom. 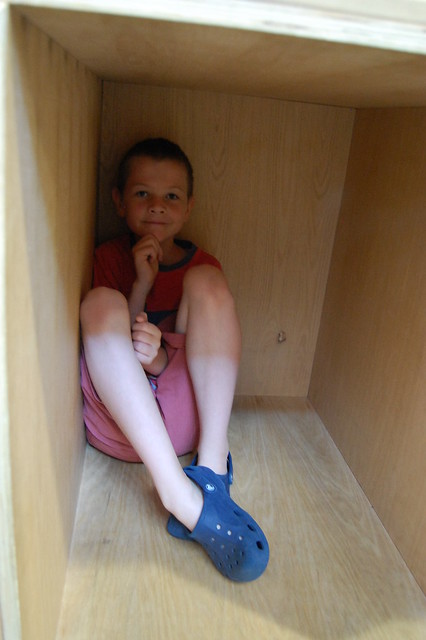 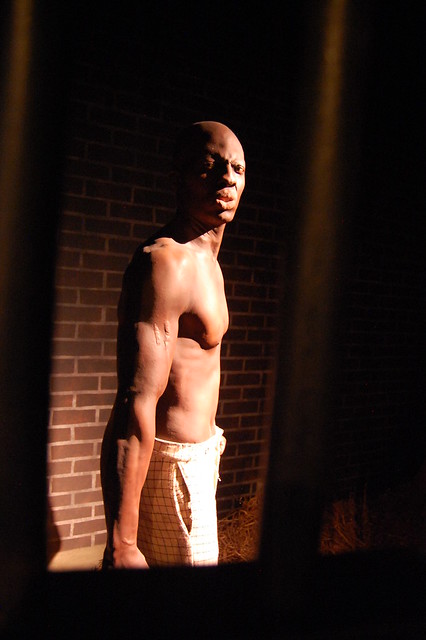 The section on Fort Sumter and the commencement of the War was also evocative and that established the beginning of the galleries looking at the battles, the military actions and the soldiers involved in the conflict.  What was pleasing was that the Museum did focus on the experience of the ordinary soldier (and slightly less so the ordinary sailor) fighting on both sides rather than concentrating on the Generals and the individuals well known to history.  The display boards were pithily written (though I did notice a few typos and punctuation errors) and were organised into chunks of writing which meant skim and scan speed reading was possible and I could read just specific chunks to the kids – and such ability to precis and narrow the focus is important when visiting museums with young children with limited patience and attention spans.  I especially liked the boards that were about a series of “firsts”, demonstrating as they did that the Civil War was a period of military innovation and invention, and those focusing on the lives of individuals whose contribution was significant but less well known.

There was a gallery showcasing the various and diverse uniforms worn by Union and Confederate personnel and the equipment they carried.  A staff member had facsimile items out on a table and the boys enjoyed exploring those – because tactile experiences always help engage them in learning – and were even allowed to try on things like canteens and gauntlets and pick up bullets and bayonets.  Another gallery focused on the grim subject of field surgery which, of course, made it my favourite section.  One vignette depicted a surgeon amputating a poor chap’s leg while another soldier held him down.  Their facial expressions were very effective in communicating the horror of the experience.  Around it were cases of medical equipment, from a stomach pump used to help people suffering from dysentry – which claimed more lives than war wounds – to a leather wrap full of sharp surgical tools to a case full of crutches and prosthetic limbs.  What struck the boys most, however, were the haunting photos of wretched skeletal prisoners of war. 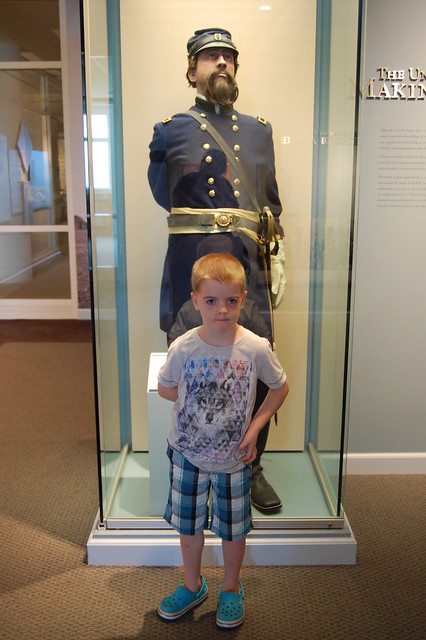 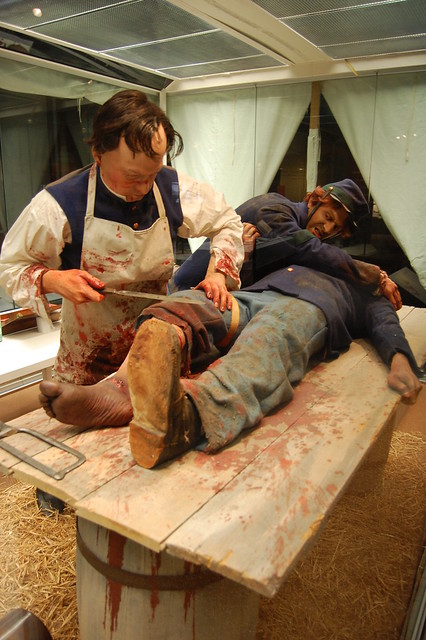 The Museum was wonderfully rich in original objects which were clearly labelled in display cases.  The artifacts really were treasures in terms of learning and did a great job in engaging the kids in the story of the Civil War.  Some of my particular highlights were Lincoln’s leather hatbox for his distinctive top hat which added even more height to his frame; a spiked slave collar, which horrifies me no matter how many times I see such items; the pen used to sign the order for John Brown’s execution; and the roll of surgical tools.  Meanwhile my horse-mad 8 year old loved seeing McClellan’s saddle and a box containing various trinkets associated with Stonewall Jackson including hair from his horse, Little Sorrel.  Although he is a Union fan all the way, my 8 year old’s favourite General is Stonewall Jackson so his absolute highlight was seeing Jackson’s leather gauntlets.  Also on display were Robert E Lee’s gauntlets and I was struck by how tiny his hands were, not much bigger than mine and I have small hands.  Lincoln is my 9 year old’s favourite President so he engaged most with the items associated with him.  My 6 year old was especially taken by an interactive display whereby he could conduct a conversation with actors representing several key individuals from the Civil War era.  My 12 year old liked seeing all of the personal ephemera belonging to the Generals, such as Robert E Lee’s Bible and hat cord and Ulysses Grant’s travel chest. 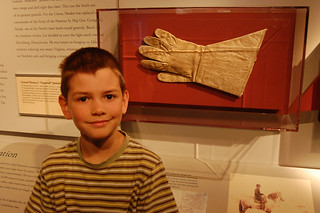 Given the wide range of knowledge of the Civil War we represent – from the 6 year old’s almost total ignorance through to Mr Pict’s geeky expertise – I can report that the National Civil War Museum caters to all.  Thanks to my husband, I have more than passing knowledge of the Civil War but I am not that interested in all the military detail so I was led through by the more personal element, the social history, the snapshots of individual lives, and the personal items that reached across time to reduce the massive scale of the conflict down to the individual tragedies and triumphs.  My husband, meanwhile, was able to geek out and loved being able to see all the original artifacts.  We thoroughly recommend a visit.