On the second day of our trip to the Harrisburg area, we took a jaunt to Gettysburg.  It seemed apt given the previous day’s visit to the National Civil War Museum but in all honesty we largely went because Mr Pict is a Civil War nerd and because the boys love galloping around the landscape of the battlefield.  This was our third family visit to Gettysburg since we arrived in America almost two years ago – Mr Pict’s fourth.  I would like each trip to be a little different so in addition to returning to some favourite areas we try to visit at least one new area each time.

On this particular trip the new area we added was the location where the battle actually began, around McPherson Ridge, not far from the Lutheran Seminary.  Mr Pict explained the lay of the land, the rationale behind the defensive positions and how the battle began.  He pointed out Chambersburg Pike was the place where the first shots of the battle were fired by a Union soldier named Marcellus Jones.  The boys were not much captivated by this chatter about strategy and topography and instead were far more interested in studying some ants who were covering a dried up earthworm.  Meanwhile, I went to look at the statuary in the area.  One was a statue of General Buford who had been the chap to recognise the importance of holding the high ground on that spot until reinforcements arrived; the other statue was of General Reynolds on horseback in the spot where he was shot and killed on the first day of the battle. 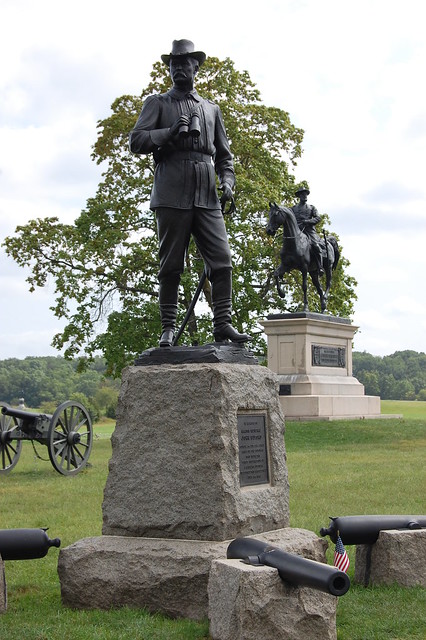 I like memorial statuary so, back in the car, I kept having my husband stop the car so that I could leap out and take a photo of one I had not seen before and wanted to go and study.  One such statue was of a man named John Burns, not a soldier but a citizen from the town of Gettysburg.  This 69 year old man decided to fight alongside a Pennsylvanian regiment, functioning as a sharpshooter.  When he was wounded for a third time, the retreating Union troops had to leave him behind on the field.  He cleverly got rid of his weapon and ammunition so that when he was discovered by Confederate soldiers he could convince them he was a noncombatant, a lie that saved his life. 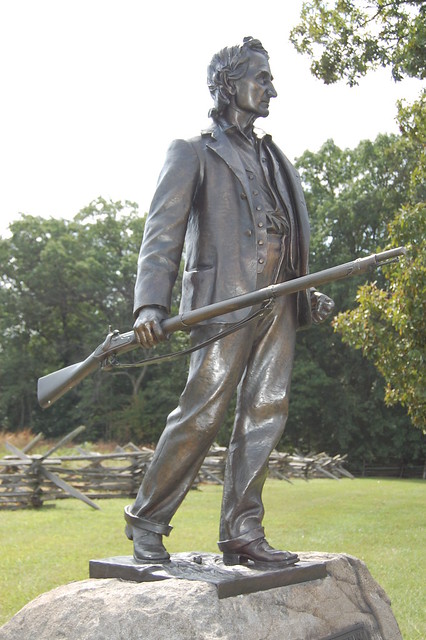 Among my other new statues for the day were the North Carolina monument and the Longstreet statue.  The North Carolina monument was sculpted by Gutzon Borglum who was also responsible for the presidential heads of Mount Rushmore.  As might be expected, therefore, the faces were particularly skilfully rendered, expressive and evocative.  The figures are shown advancing as part of Pickett’s Charge.  According to an inscription nearby, a quarter of all of the casualties of the Battle of Gettysburg hailed from North Carolina.  The statue of James Longstreet is set among a grove of trees and depicts him on his horse Hero.  I love the movement of the horse.  It’s a really dynamic sculpture.  It is notable also for being a statue of a General placed at ground level rather than on a plinth. 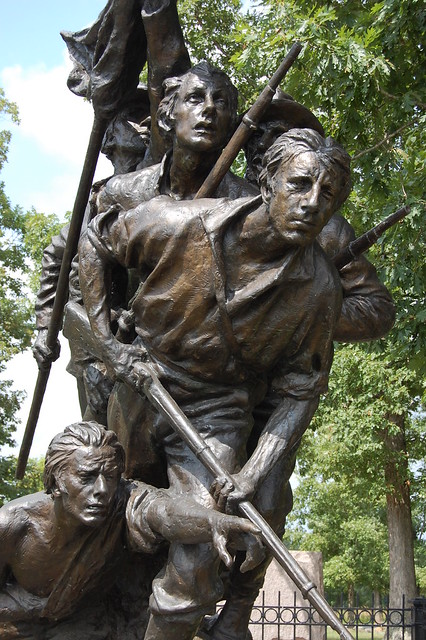 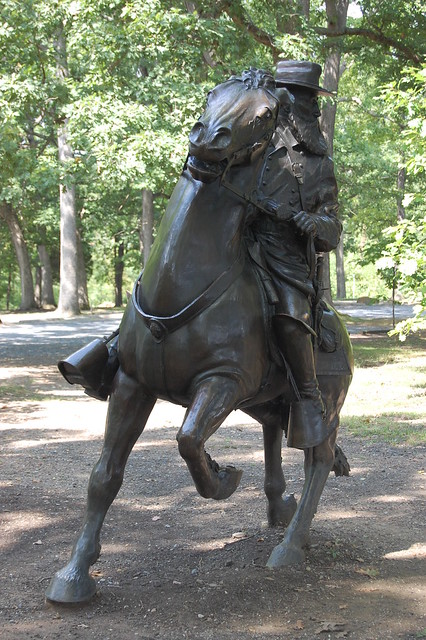 I had driven past the State of Virginia Monument before but had never stopped to look at it.  This time I hopped out and had a good look.  It is a very tall and imposing monument at 41 feet.  It is topped by an equestrian statue of Robert E Lee.  Apparently the sculptor, Frederick Sievers, was so intent on getting Traveler the horse right that he studied horses who were the same height and build as Lee’s horse and even Traveler’s skeleton.  Virginia contributed more soldiers to the Confederate army at Gettysburg than any other state and these soldiers are represented at the base of the statue, different types of men and boys who constituted the army. 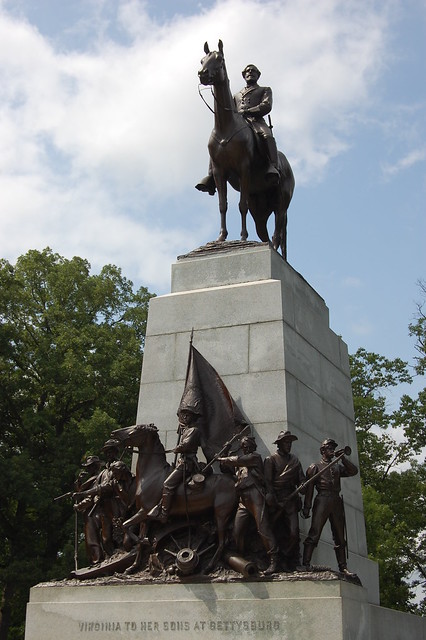 We happened upon a reenactment group as we were flitting around between monumental statues.  While one chap explained about the equipment the soldiers used and the things they had to carry, a troop – complete with drummers – marched around the field and then demonstrated firing their weapons.  Our 6 year old really enjoyed watching the reenactors but we did not stay for their entire performance because we were slowly melting in the midday sun. 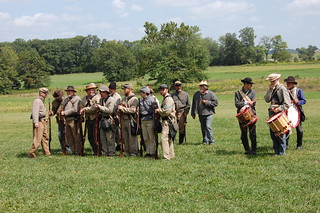 Then it was time to go and visit the boys’ favourite spots: Little Round Top and Devil’s Den.  The great thing about both locations is that it is possible to visually comprehend how that stage of the battle unfolded, the strategies and logistics involved.  The best thing about both locations is that we can permit the boys to become free range.  They enjoyed roaming around, scurrying over the rocky terrain, leaping from boulder to boulder.  They gave three older men dressed in Union uniforms palpitations with their antics.  They particularly enjoyed Devil’s Den because of all of its little nooks and crannies, little caves they could hide in.  They also developed a kind of parkour, bounding and jumping and leaping between rocks, getting higher and higher.  It made me anxious to watch them. 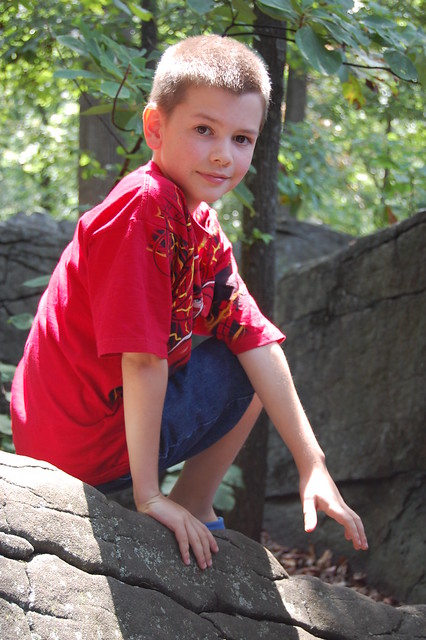 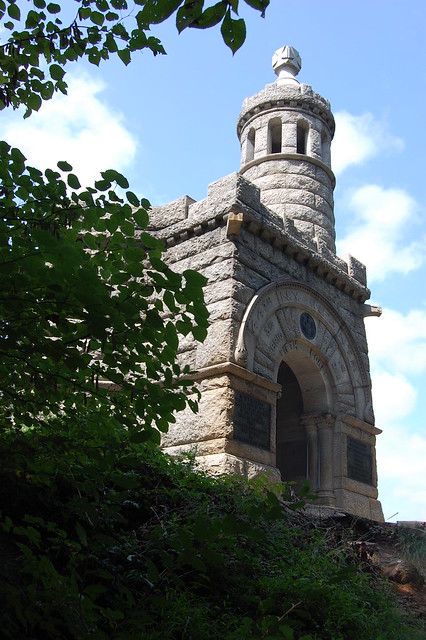 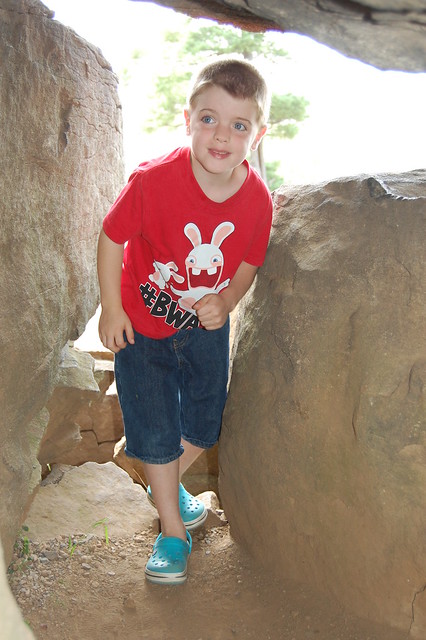 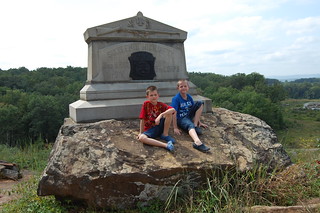 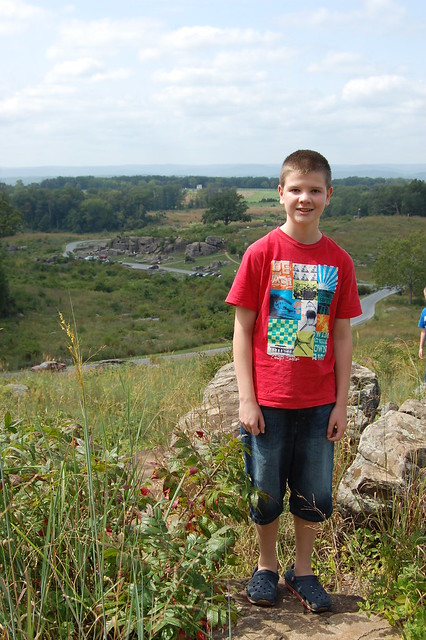 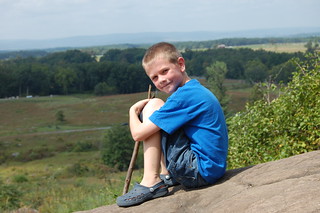 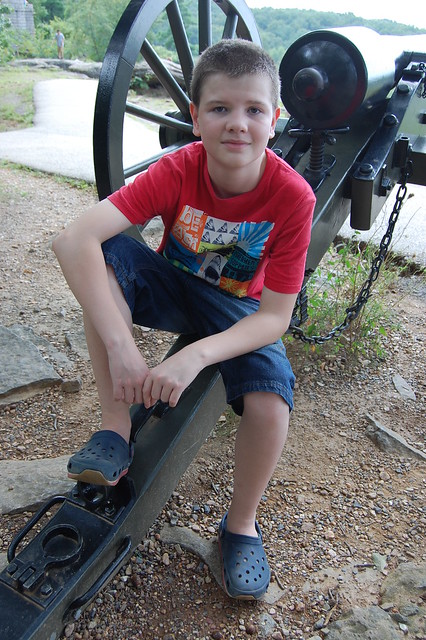 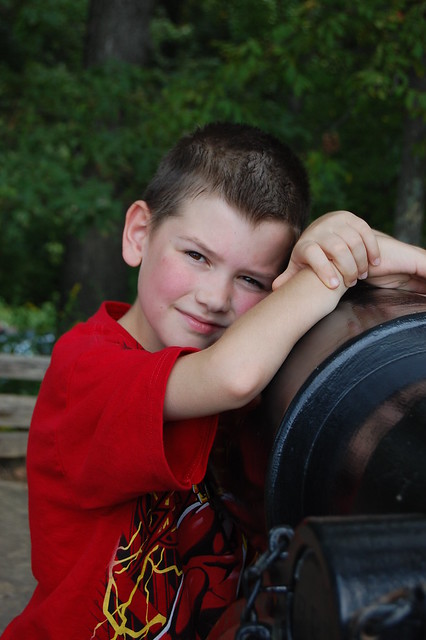 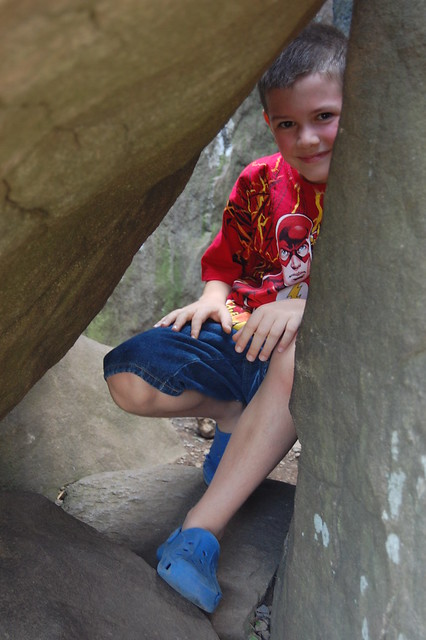 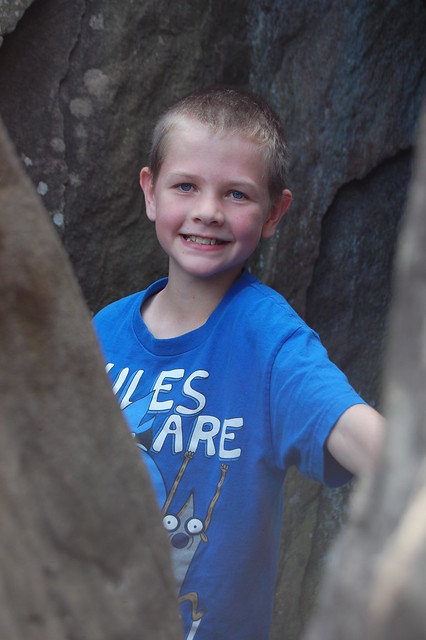 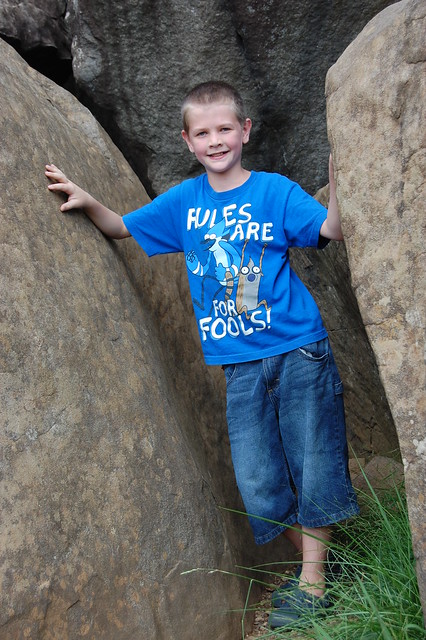 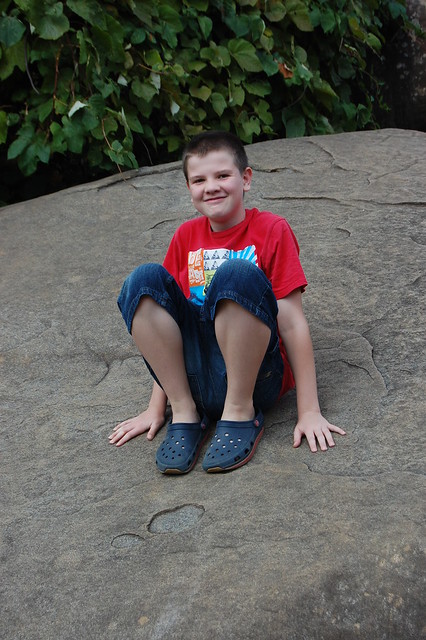 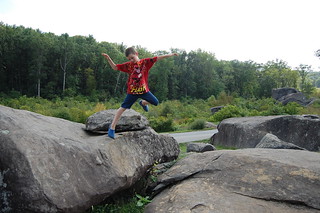 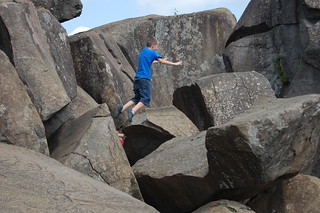 After a visit to the spot where Alexander Gardner had staged his famous and controversial photograph of the Rebel Sharpshooter, we completed our tour of Gettysburg for the day.  I think next time we return – because a return is inevitable – we should spend some time in the actual town of Gettysburg. 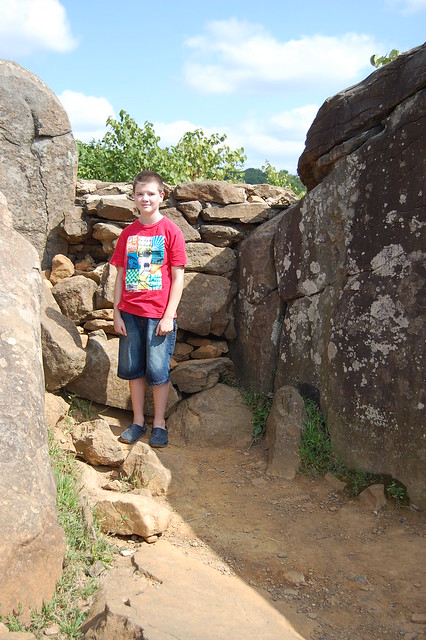 *Note* You can see my previous blog posts about Gettysburg here and here.