As I have related on the blog many times before, Mr Pict is a Civil War nerd.  As such, we end up visiting Gettysburg at least once a year.  This past weekend was time for our 2016 pilgrimage to the battlefield.  It seemed apt to have a family day trip as a last Summer outing since the climate switched almost overnight from muggy summer days to chilly Autumnal ones.

What we try to do when we visit Gettysburg is to balance out revisiting favourite haunts – namely Little Round Top and Devil’s Den – with visiting new areas of the battlefield so that eventually the children gain a fuller understanding and experience of the history of that particular battle and its place in the context of the War.  So, for example, over the past couple of years we have visited McPherson’s Ridge, the National Cemetery, and the Longstreet Observation Tower.  This time we decided to visit the Museum housed inside the Visitor Centre. 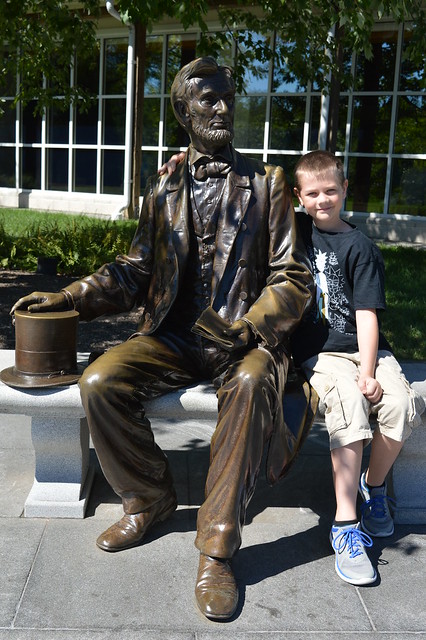 Mr Pict specifically wanted the boys to see the Cyclorama.  I had last seen it in 1995 when it was basically lining the walls of a barn somewhere on the battlefield site and it had very little impact on me.  It is much better displayed now, with good quality lighting, and lighting effects that complement the audio narrative.  The cyclorama – a 360 degree painting – was completed by a French artist named Philippoteaux in the 1880s and has been on display at Gettysburg since the early 20th Century.  The painting depicts Pickett’s Charge, a climactic moment in the battle.  It is a wonderfully detailed painting with its attention to detail, its use of perspective and scale, and its immersive qualities.  It made much more of an impression on me this time.  The kids, not so much.  They preferred the video narrated by Morgan Freeman that we watched prior to seeing the cyclorama.

The cyclorama tickets also covered the Museum so we headed there next.  It is actually a very impressive museum.  There is a lot crammed into a reasonably compact space but the flow was well engineered and the artifacts and displays thoughtfully organised.  I particularly enjoyed seeing the furniture from some of the homes in Gettysburg that bore the marks of bullets and shells and spoke to how the ordinary people of the town experienced the battle.  Unfortunately, the boys did not engage in the museum at all.  They had been dragged around the National Civil War Museum just over a year earlier so in some ways it was fair enough.  With the exception of Mr Pict, we all have a limit to how much we can absorb about that particular period of American history. 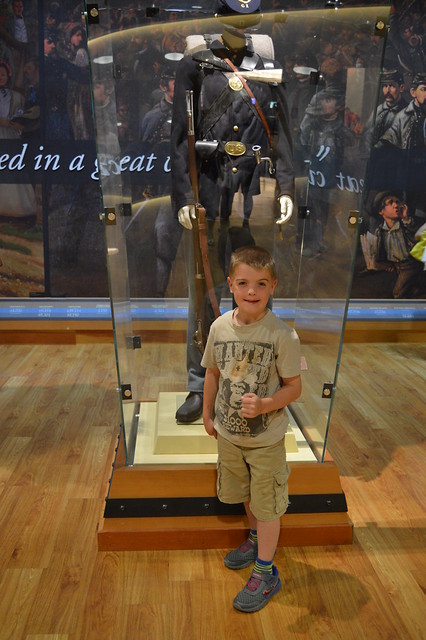 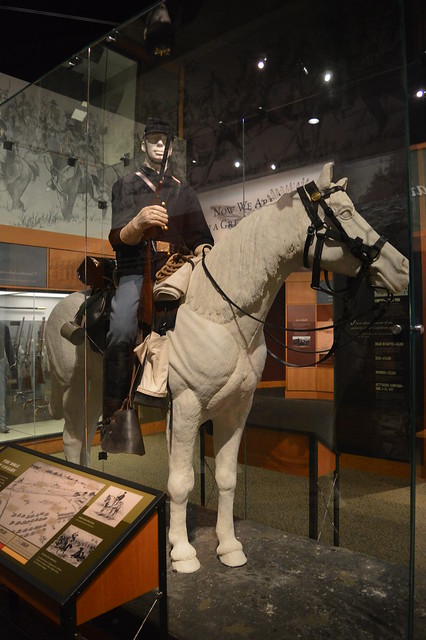 It was, therefore, time to burn off some energy, let the kids clamber and climb, and basically return to their feral ways.  We headed first to Devil’s Den where they always love to climb and jump from rock to rock.  They also have some favourite nooks and crannies where they like to hide.  For the younger boys, there are lots of opportunities for imaginative play.  My oldest meanwhile found a rock to perch on and then read a novel while his brothers played.  Then we moseyed our way up to Little Round Top where they could do more climbing, including of the tower, and take in the views.  The boys were completely happy and eventually had to be dragged back to the car so we could head home.  The lesson learned was that all trips to Gettysburg need to involve freedom of movement and the ability to be wild things. 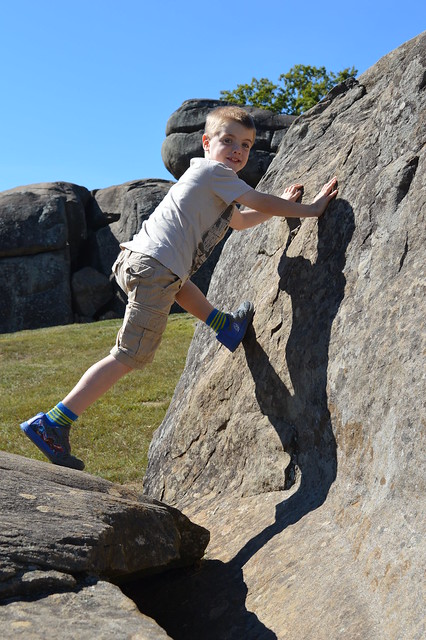 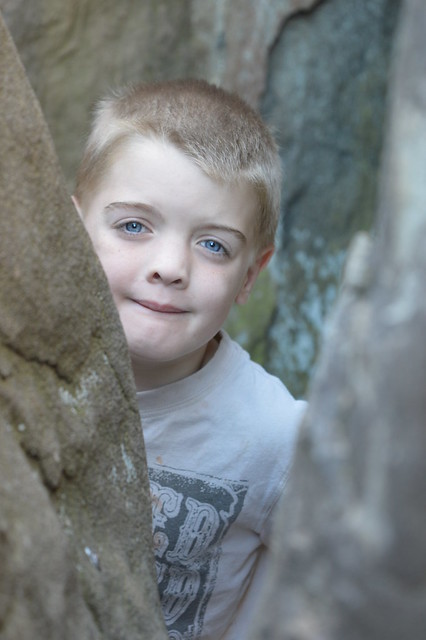 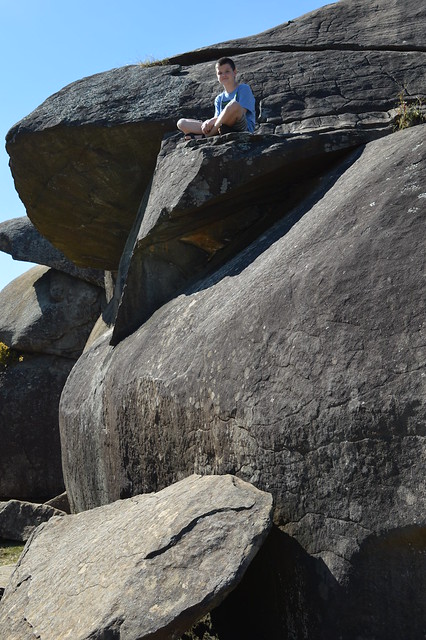 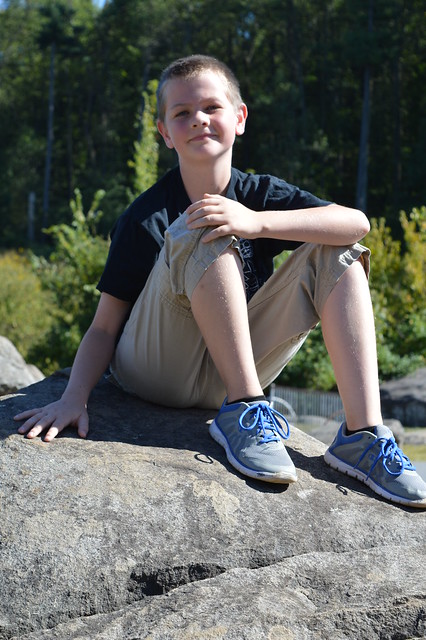 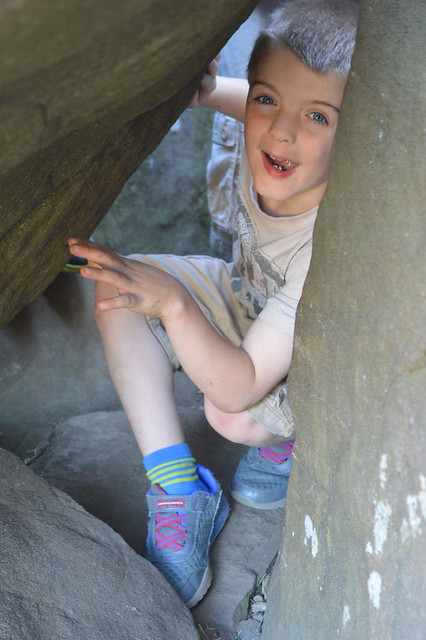 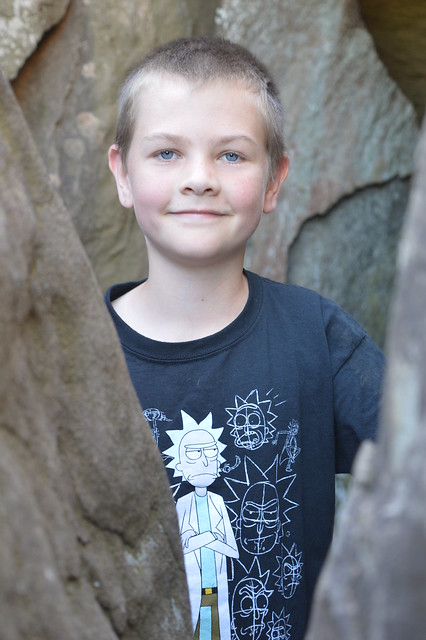 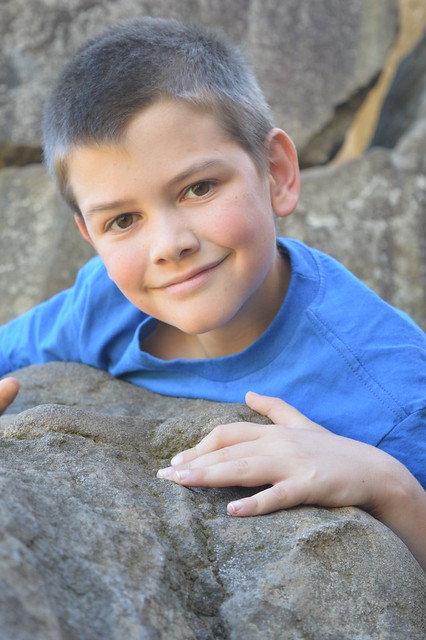 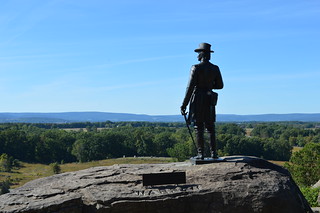 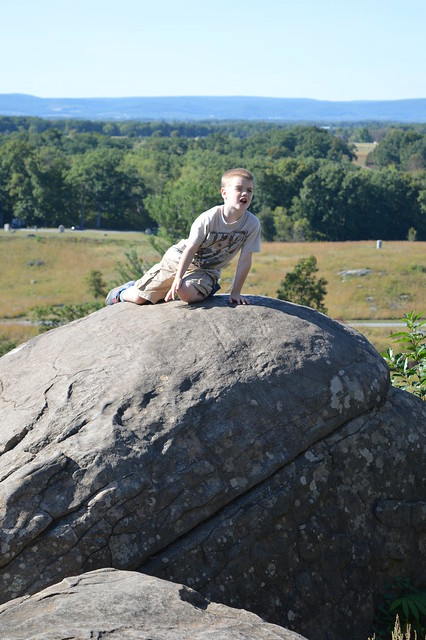