We did not make it to two weeks before introducing the cats to each other.  It was becoming too much of a challenge to ensure that the boys, going in and out of their bedroom, were keeping Peanut sequestered and Satchi had also worked out how to open the door.  Since Peanut’s sutures had healed, we decided to start the process of letting the cats get to know each other, initially held by us and in short bursts and then for gradually longer periods until we decided we could let Peanut have the same freedom to roam as Satchi has.

The result has been quite interesting.  The two cats – one three legged and fluffy and one tiny and sleek – constantly stalk each other, tracking, hiding, pouncing.  There has been a great deal of wrestling and tussling.  It was a bit troubling at first, seeming to suggest that they would not get along, but teeth have not been bared, claws have not been out, and there has been very little hissing. 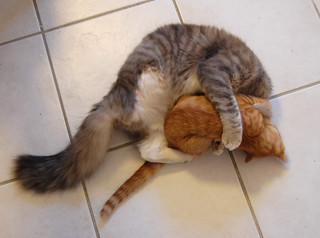 They do have their properly friendly moments too.  I caught Satchi licking Peanut’s fur the other day (unless he was just sampling the taste of him by way of an appetiser?) and they have been sharing – mostly food (to Satchi’s scoffing advantage) but also toys and the cat tree.  I like to think this all bodes well. 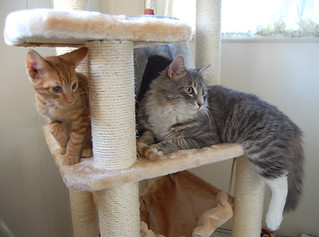 Presently, however, they mostly give each other a wide berth and do their own thing in their own spaces.  Satchi has always liked tucking himself away anyway which leaves Peanut plenty of scope to be permanently attached to a human.

Only time will tell if we made the right decision giving into our 8 year old’s plea and adopting a second cat. 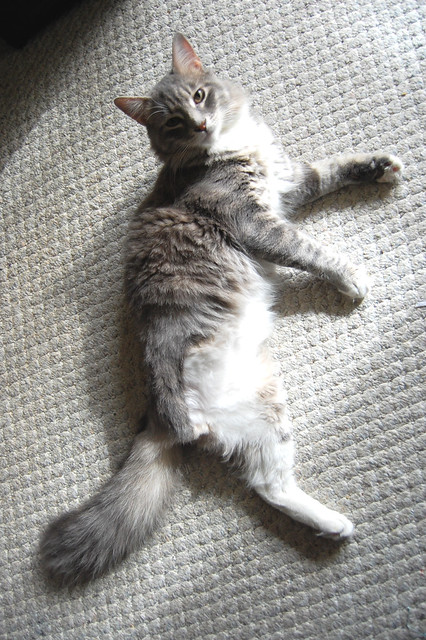 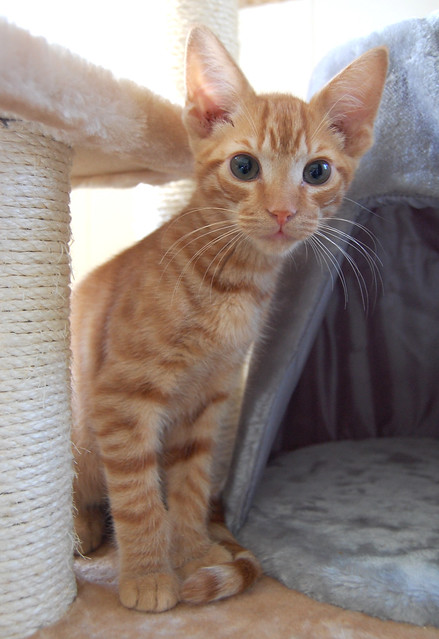 18 thoughts on “A Tale of Two Kitties”