There are lots of drawing based activities in the pot luck box because my kids and I love to draw.  A fun one that was plucked from the box this week was to draw Disney villains.  This did not mean we had to slavishly copy the character design that appears in the finished movies.  What this meant was that we thought about those wonderfully awful characters and how we might design them if the concept art job fell to us.  Inevitably, we found we were inspired by the original Disney creations but that is OK.

My 10 year old’s version of Captain Hook is much more muscular and dashing than the foppish movie version but he had to keep the hat and hair.  Hook, however, was puny compared to his depiction of Gaston.  Perhaps it was steroid induced rage that made Gaston so murderously enraged towards Beast.  The mullet hairdo makes me smile.  He also drew Facilier from ‘The Princess and the Frog’ and his all time favourite Disney villain (and favourite Greek god) Hades. 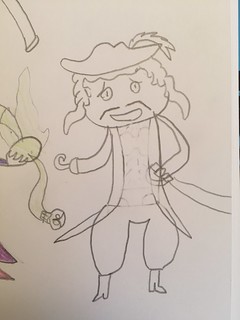 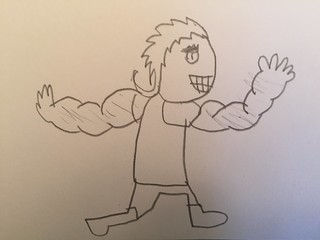 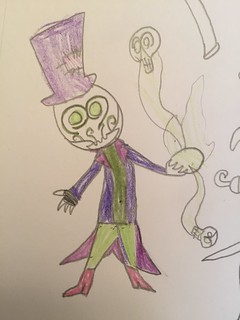 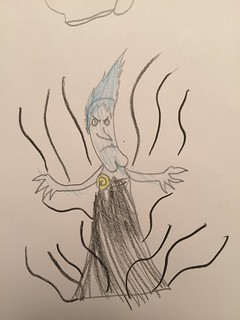 I chose to draw Cruella DeVille not because she is my favourite Disney villaint (that would be either Scar or Ursula) but because I wanted to draw in monochrome and the dalmation clothing and skunk striped hair lent itself to a black and white illustration.  I wanted her to be spiky and angular. 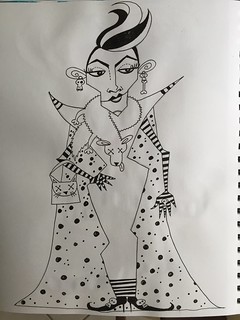 My 7 year old drew several villains but the ones he is willing to share are of Mother Gothel (with Rapunzel in the background) and Ursula.  I love that his version of the sea witch is inspired by a crustacean, all powerful claws and red rage.  Plus breasts. 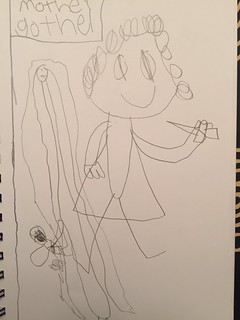 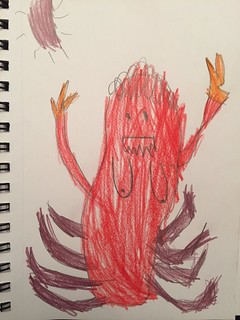 My 9 year old also drew Ursula.  He loves the octopus tentacles of the original so he kept those in his drawing but he gave her the jaws and teeth of a shark, turtle flippers for arms, and the dangling lure of an angler fish which I think is a pretty cool concept given that Ursula is all about temptation. 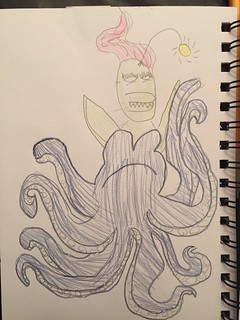 My 13 year old opted to depict the Queen of Hearts and came up with a delightfully creepy illustration where she is wearing a sort of “Death Eater” type mask and has horribly sharp long fingers on one hand, ready to chop off heads. 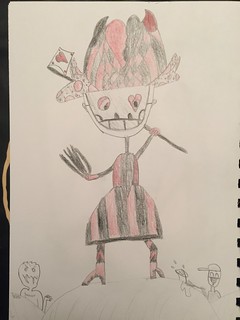