Our next port of call, on Boxing Day, was San Juan, the capital city of Puerto Rico.  Our ship was one of several cruise ships in port that day so the place was bustling with tourists.  It was quite funny to see these absolutely massive boats moored up next to a replica of one of Columbus’ ships.  Incidentally, it felt like I was being haunted by the malevolent spirit of Christopher Columbus for the entire vacation.  References to him abounded everywhere we went.  For so many reasons, it would be great if history could reframe his “discovery” of the Americas by placing it in a more appropriate and accurate context.  But I digress … 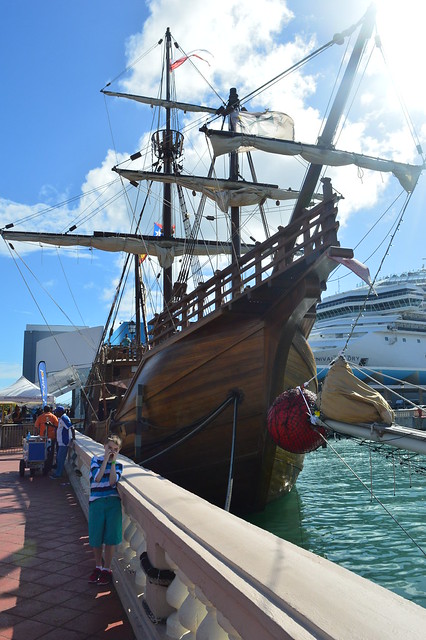 We were disgorged from the ship in the old city which was convenient as that was the area of San Juan we most wanted to see.  We immediately headed up to Castillo de San Cristóbal, hoping that it might be open despite the government shutdown.  For once, we were in luck, thanks to the wonderful employees of the National Parks System who were willing to work without pay in order to keep historic sites open to the public.  One of three forts on Puerto Rico, this particular fort is the largest that the Spanish built in the New World.  It was in continuous use from Spanish colonial times all the way through to World War Two so has a long and varied history. 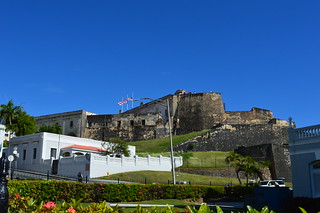 Mr Pict likes military history more than I do so he and his father took more time reading the information boards while the kids and I enjoyed exploring the fascinating architecture, poking around in all the nooks and crannies, and taking in the amazing views across the city.  I had read that Puerto Rico has more iguanas than humans so the younger two boys had their fingers crossed for an iguana encounter.  Thankfully we did indeed meet an iguana who was not too skittish and allowed us to get up close.  Our 9 year old decided its name was Tim.  No idea why. 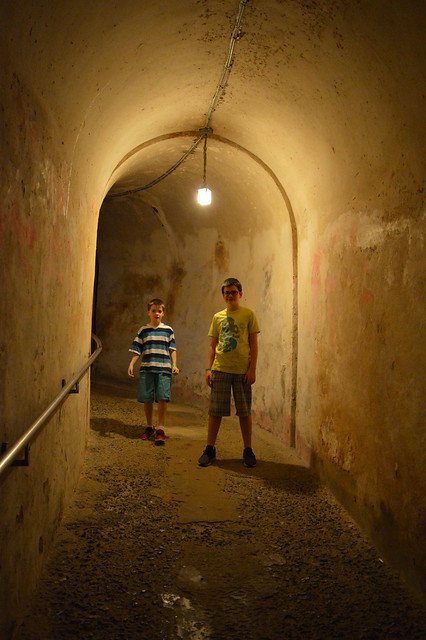 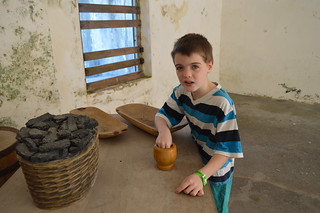 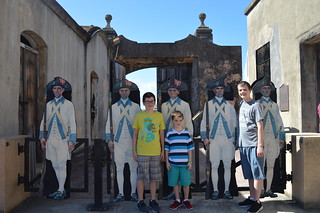 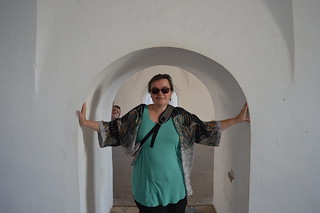 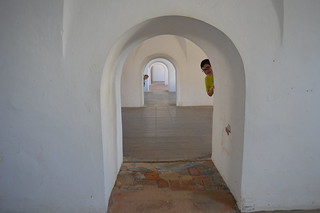 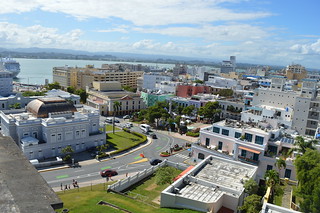 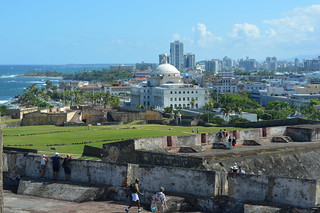 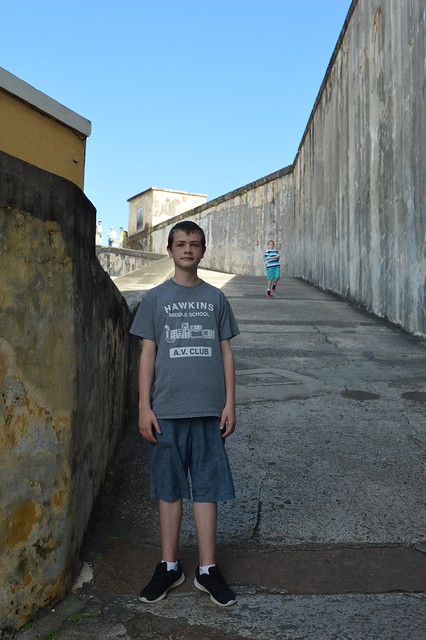 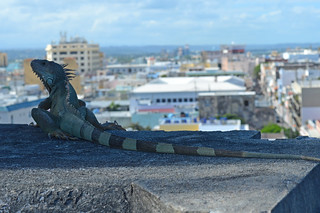 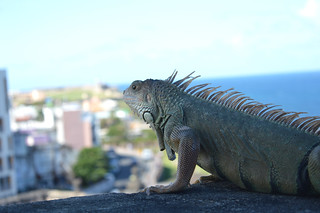 After we left the fort, we had a wander through the streets of old San Juan.  I loved all of the architectural details, the diversity of building styles, and the bold colours.  We strolled some streets that retained their blue cobblestones from Spanish colonial times.  I was really quite taken with San Juan and – since the cruise could only ever give us a brief taster of each location – I found myself being left thirsty for more.  Of all the places we visited on our vacation, I am most eager to return to Puerto Rico and take in more of not just San Juan but the whole island. 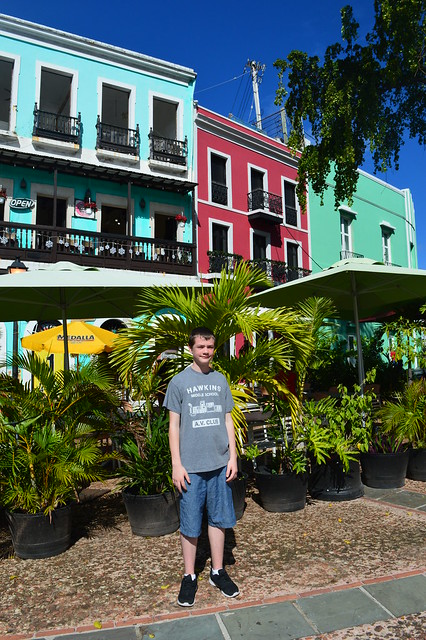 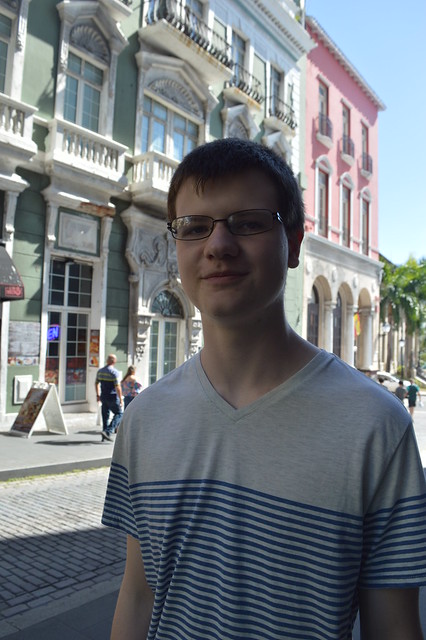 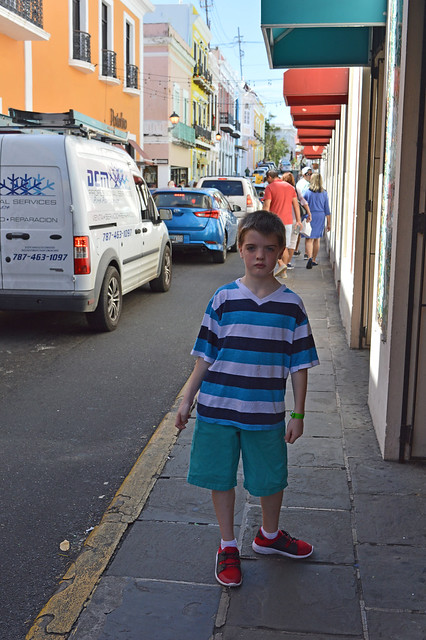