I was beginning to feel like Spring was never going to properly arrive.  It’s been a right wee tease this year with some days of warm sunshine and blue skies immediately followed by the return of chilly, damp air and grey skies and flat light.  At last, however, it seems as if Spring has finally and fully-fledged arrived.  Not a moment too soon either as I was beginning to feel like a hermit and really felt a need – not just a want but a need – to get out and wander around in nature for a good chunk of time.

The kids were vehemently opposed to a long car journey so we stayed local and went for a wander in one of our usual haunts.  It felt good to be among the trees and see the sunshine beating through the leaves, plants beginning to bud, and insects buzzing around.

We played Pooh sticks – increasingly competitively and with a little bit of cheating here and there – and the boys climbed trees and clambered across fallen logs.  We saw wildlife too.  I only managed to capture a turtle on camera but we also saw birds galore, lots of insects, and a running groundhog – which was one of the cutest things I have seen in a while. 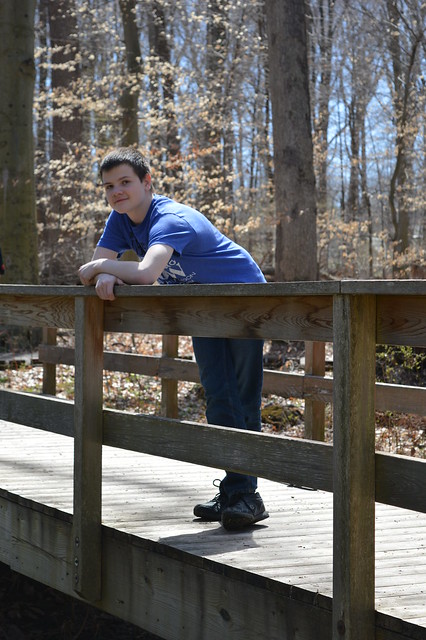 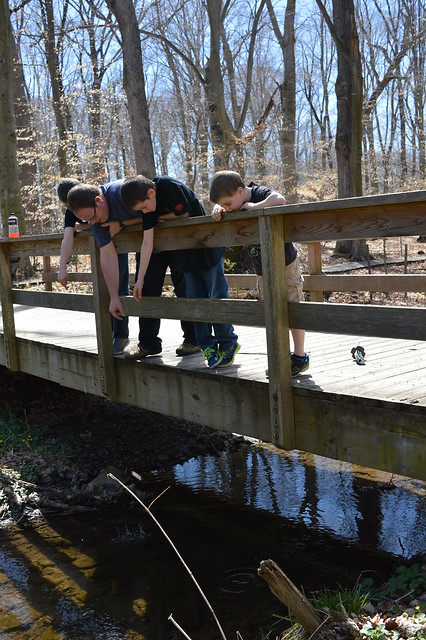 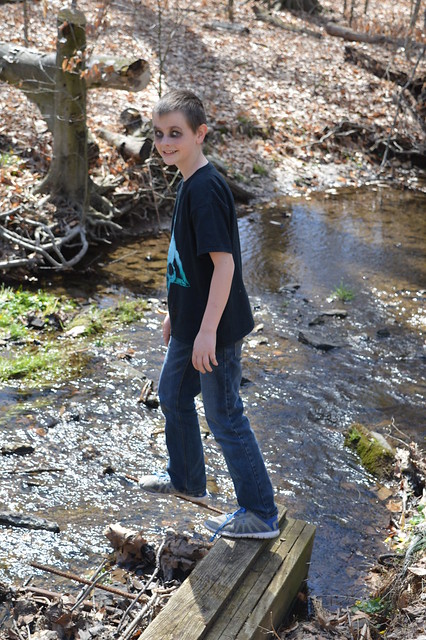 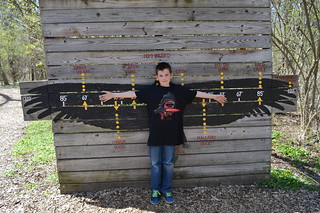 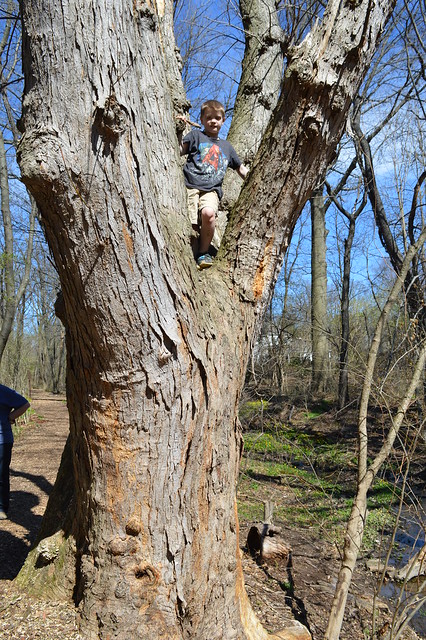 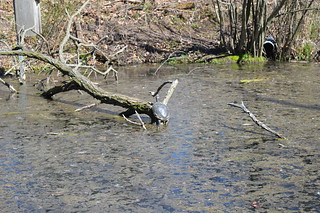 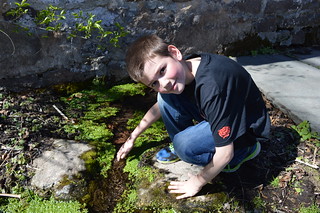 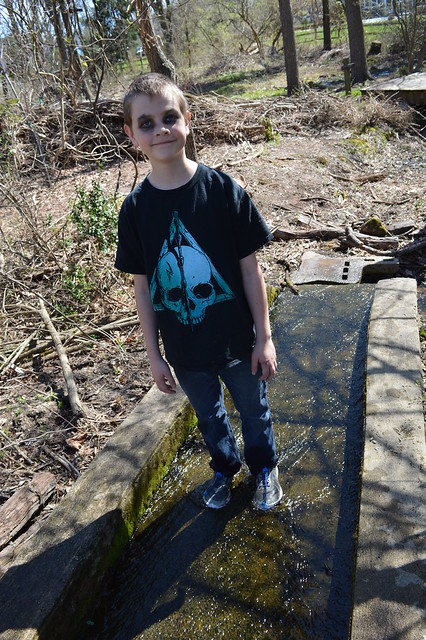 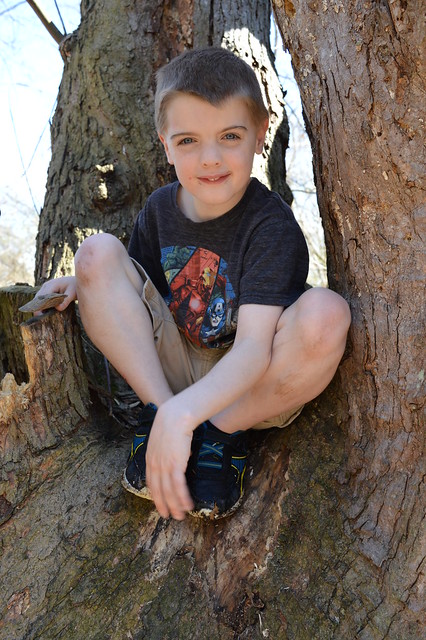 The boys were able to get manky and be freely feral and I was able to complete relax allowing them to do so. 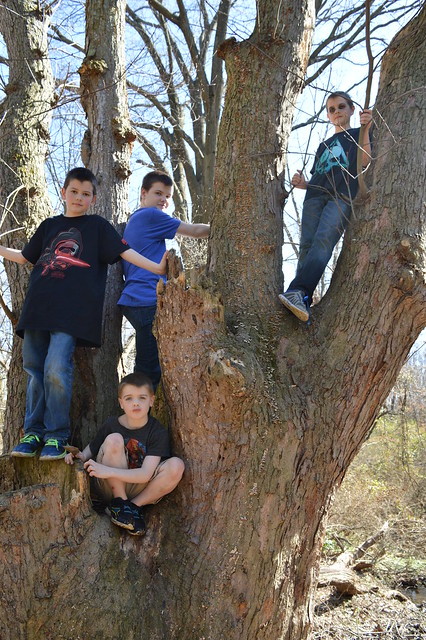