The Pict family had two birthdays to celebrate within six days of each other.  My oldest son turned 14 and my 9 year old entered double digits.  Since both birthdays occurred during Spring break, we decided to take a couple of days off to travel and explore a little further afield.

Our first destination was the Pole Steeple Trail.  The trail is in Pine Grove State Park and abuts on to the Michaux State Forest and all not too far from the Appalachian Trail (which we really should have a wee wander on some day).  The trail is pretty steep and, with the sun blazing, I realised fairly quickly that I have gotten a bit too mushy over Winter with my lack of outdoorsy rambles.  It was pretty exhausting ascending by clambering over rocks.  At least, it was pretty exhausting for Mr Pict and I; the kids were sprinting ahead without much difficulty and were even burning up extra energy by jumping from rocks and climbing up trees. 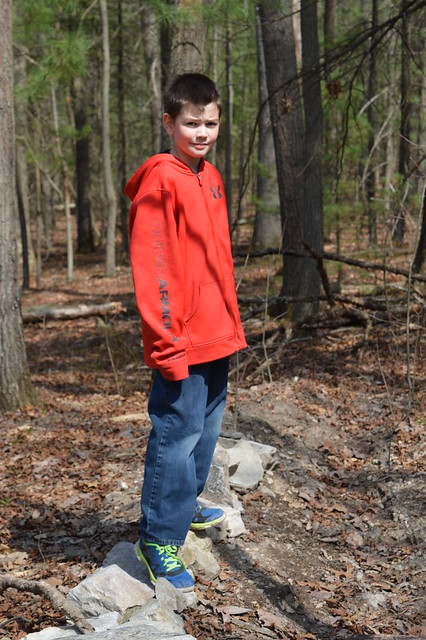 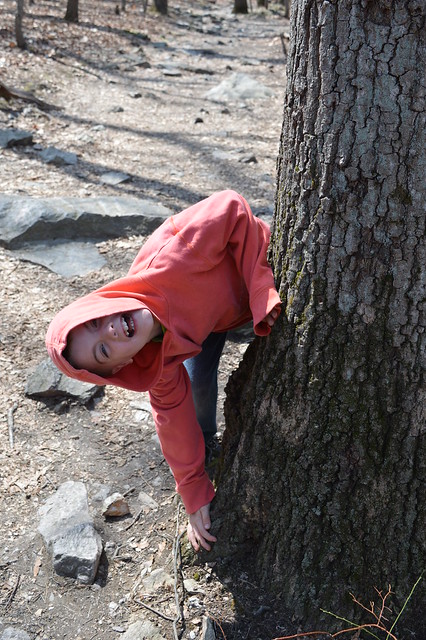 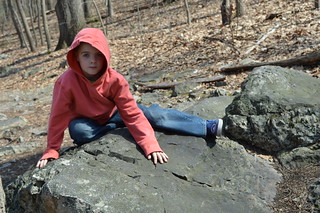 It did not take too long, however, before we reached Pole Steeple  This is a dramatic rocky outcrop that dangles over the landscape.  I had been very much looking forward to the view from the summit.  The view was supposed to be my reward for huffing and puffing my way up the trail.  Unfortunately, I was way too scared and anxious to get close enough to the edge of the slanting rocks to take in the view and appreciate it*.  Sometimes my fear of heights is very limiting.  Of course, as soon as my kids realised that I was having palpitations moving around on the rocks that were not even near the edge, they decided it would be funny to jump around, run, scale up and down different gulches, and at least make it look as if they were teetering on the edge and might fall at any instant.  They had a whale of a time.  I think the area would be beautiful once there are more leaves on the trees, especially so during Autumn. 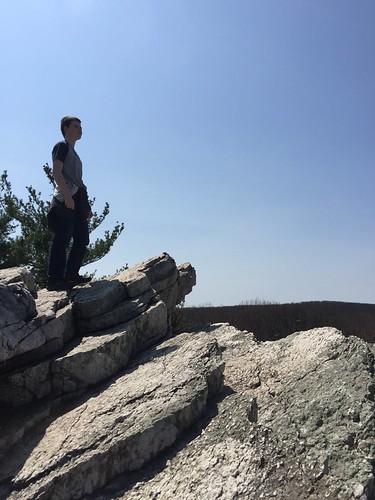 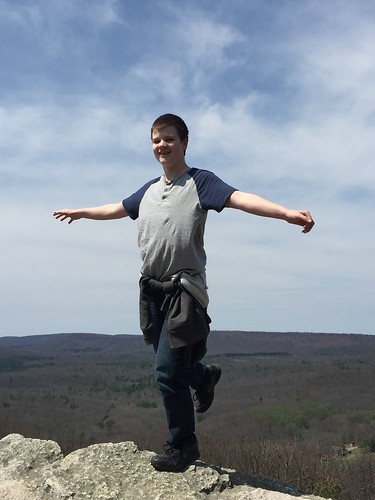 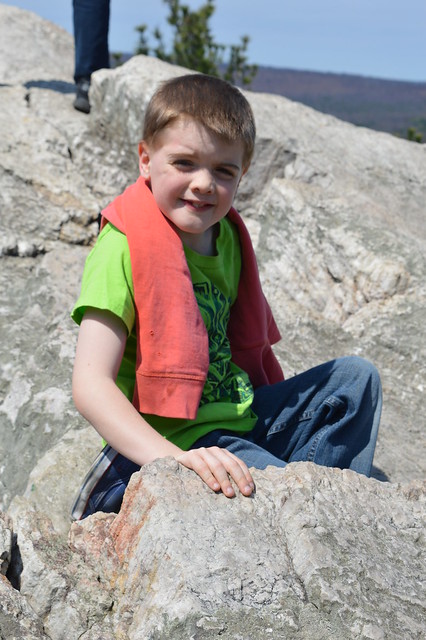 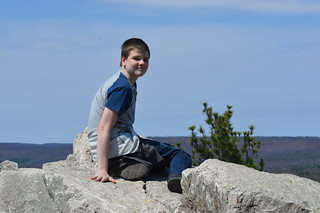 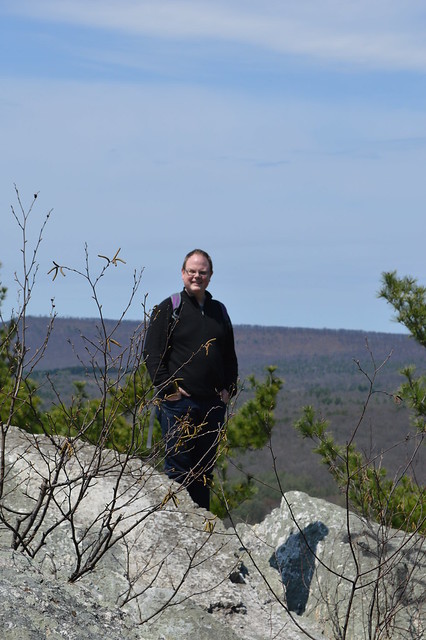 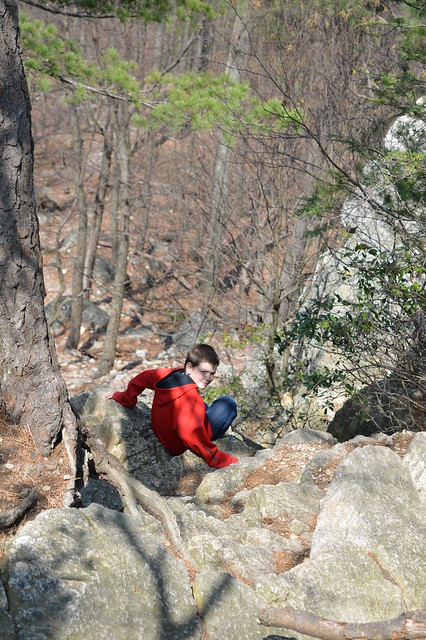 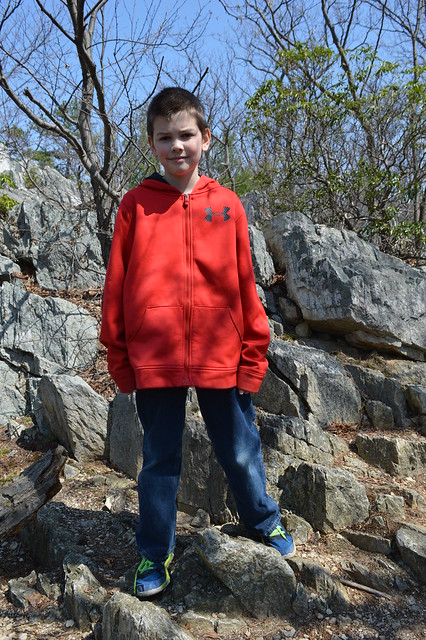 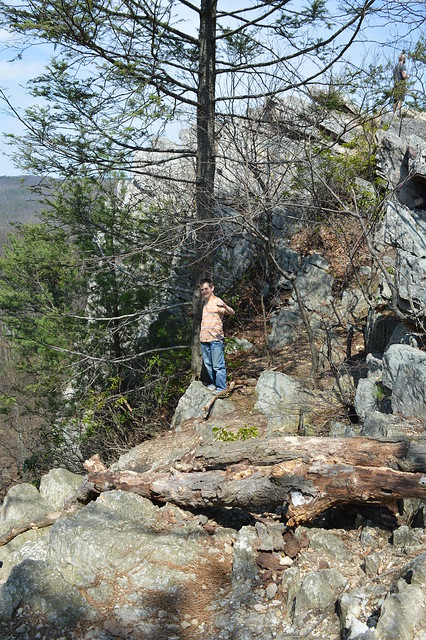 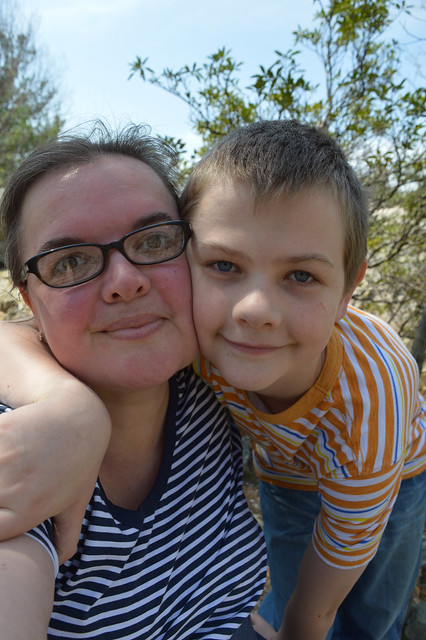 Once everyone had finished leaping around like mountain goats and flooding me with cortisol, we headed downhill again.  Downhill was so much easier and quicker than uphill.  On our descent, we stopped not to catch our breaths but to have a “sasquatch off”, a contest to see who could best replicate the famous Bigfoot pose.  Sadly there were no random strangers around who could adjudicate and it made all the squirrels run away. 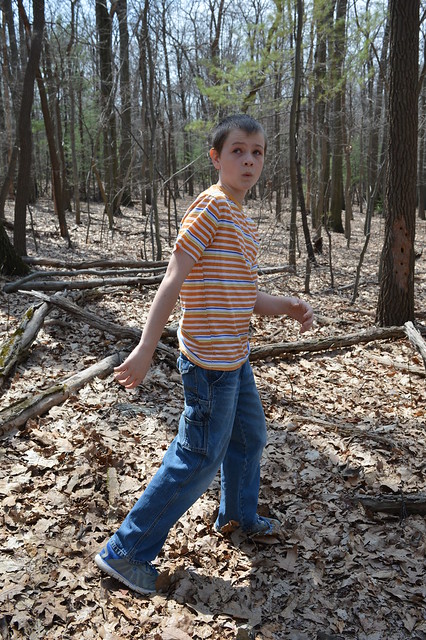 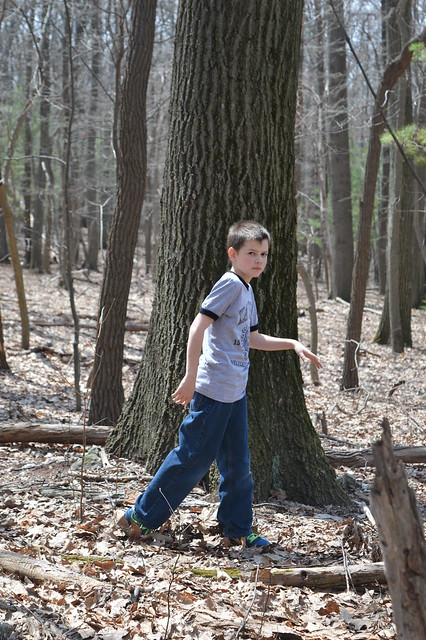 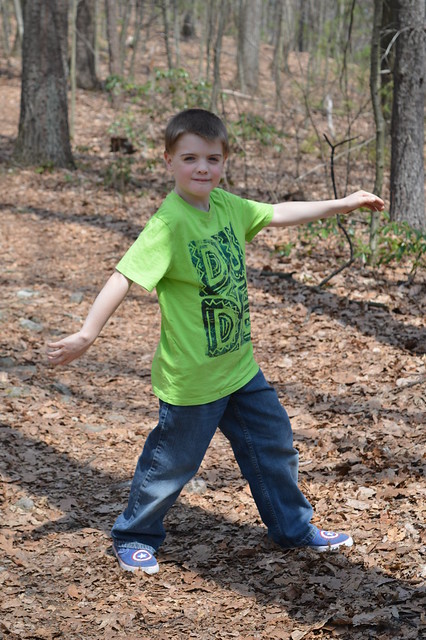 * As a result of my wimpiness, some of the photos in this blog post were taken by Mr Pict and our kids.