My kids absolutely love Halloween in America.  They started talking about plans for costumes during the Summer and the middle two have been literally counting down the days for months.  Although this is now our third American Halloween, the novelty of the experience has not worn off on my kids.

Festivities began on Friday with parties and a parade at school.  The school has rules about gory costumes, face paint and hair spray so there was much angst over needing different costumes for school than for actual Halloween.  Happily, since my younger kids love dressing up, we have two sacks full of dressing up gibbles for them to dip into and everyone got something together.  I went in to help with the First Grade party and was assigned to a room full of fairground type activities on a Halloween theme.  By far the most popular activity with the kids was one involving hitting a wooden frame with a mallet and thwacking frogs in the air.  The objective was to get the rubber frogs into buckets in order to score points but the kids much preferred seeing how high and how far they could propel the frogs across the room.  Ceiling tiles were battered, I had to drag frogs down from overhead projectors, and crawl behind bookcases to retrieve them.  Some groups invented twists to the game such as goal keeping and using the sticks from a hockey type game to bat the frogs as they flew through the air.  It was exhausting and I had the sound of the mallet hitting the wood ringing in my ears for hours afterwards.  Good fun though.

Then – after a very quick dash home to get some laundry in the dryer – I was back to the school to watch the parade of kids and staff all dressed up in their costumes.  It was great fun seeing them all, especially the kids who had made their own costumes.  The parade was immediately followed by more parties, this time for my Third and Fourth Graders.  Last year, I was a Room Parent so all my party time was spent in one classroom with one of my kids and I rarely saw the other two participating in festivities.  I was very glad of the opportunity this year to spend time with all of my kids during their parties even if it meant speeding up and down a corridor to pivot between classrooms.

I didn’t get much chance to sit down or stand still in one place during Halloween itself either.  It was another hectic day.  We also reached a bittersweet milestone as my oldest son went out Trick or Treating with friends.  It was the first time we had not had all four of our kids with us to go guising but we are very happy indeed that our oldest son has made such good friends here that we wanted to spend the evening with them.  My oldest was dressed as a plague doctor.  Apparently only one adult on his whole trick or treating tour had a clue what his costume was but, even though we had assumed everyone would get it, he rather liked being a tad obscure.  My other three went trick or treating around our neighbourhood with our next door neighbour kids and the children of our friends.  My 10 year old was the Joker, my 8 year old was Robin and my 6 year old was Frankenstein’s Monster.  The kids walked and walked until their pails were so full of candy and other treats that their arms were getting a bit orangutan like and their feet were sore.  We visited haunted houses, met Chewbacca on his porch, and my little Frankenstein’s Monster even got to meet his biological parents.  Then it was everyone back to my house – where we had left the dads on the porch to hand out treats to visitors – for steaming hot bowls of soup and hot dogs.  It was a long and busy two days but filled with so much fun and laughter – and sugar. 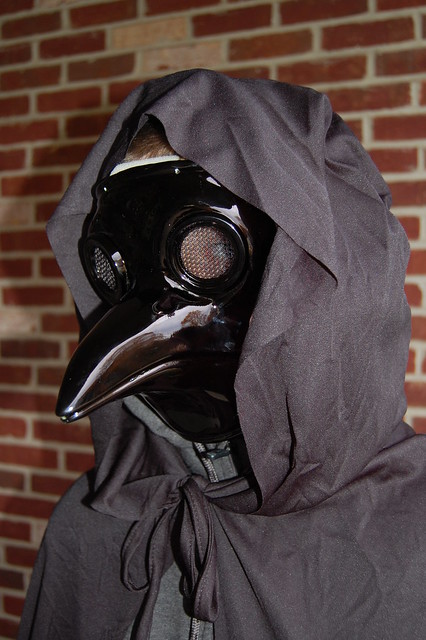 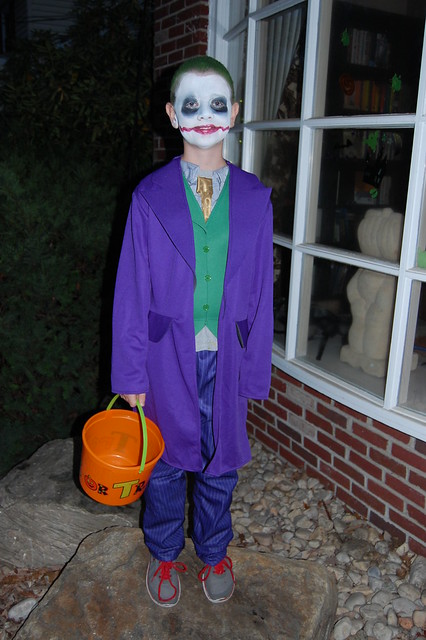 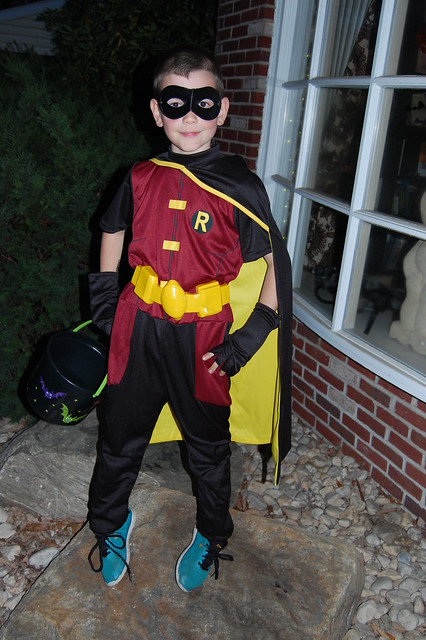 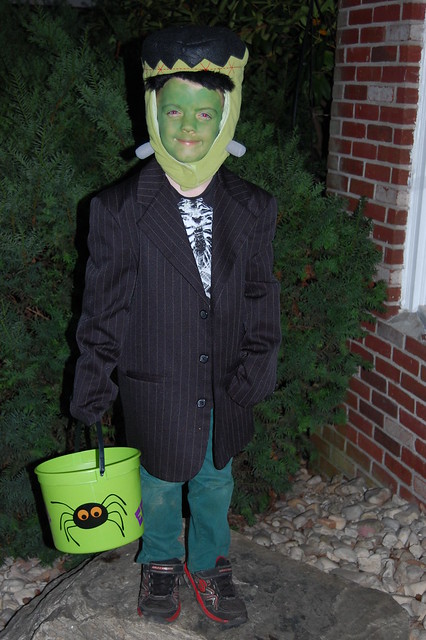 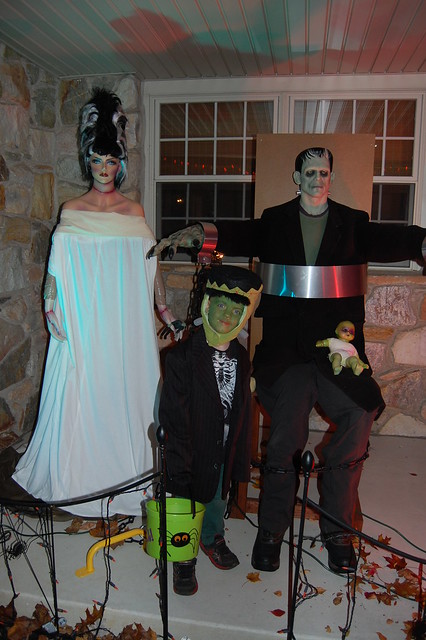 PS  If you would like to read a comparison between Scottish and American Halloweens, I covered that in my first Halloween post.

PPS If you like all things monstrous, then you might be interested to check out my altered book project over on my art blog, Pict Ink.