During our decade of living in Argyll, Scotland, one of the things Mr Pict and I missed was easy access to the theatre.  Previous to moving to Argyll, we had lived on the outskirts of London so had been utterly spoiled with having so many marvellous theatres and theatre companies in the vicinity.  Furthermore, as a High School English teacher, I had organised dozens of trips to see productions at both the school’s local theatre and into London. To then find ourselves about 80 miles from a professional theatre was a wee bit of a culture shock.  We missed it.  We made do with taking our kids to see amateur performances (which were often good quality) and going to the theatre when staying with family.  Therefore, one of the pros of moving to the suburbs of a major city was ready access to cultural events, including stage shows and plays.

As such, when the opportunity arose for us to visit the theatre this weekend, we jumped at the chance to kick-off our return to theatre-going.  The show was an adaptation of Dr Suess’ ‘The Cat in the Hat’ at the Arden Theatre in Philadelphia.  The older boys thought they might be too old to enjoy it but we sold it to them as being like going to a pantomime at Christmas and that won them over.  The theatre itself is a really nice open space and the arena we were visiting was certainly comfortable with good views of the stage throughout – none of those annoying pillars to peer around or cramped leg room that I have experienced in Victorian theatres.

What was great about the production was that it remained faithful to the text.  I wondered if they would be tempted to borrow from ‘The Cat in the Hat Comes Back’ to bulk out the lines but, no, they stayed true to the original words.  What bulked it out instead was lots of wonderful, physical performance.  Each of the five actors were very expressive facially and with gesture and there was a great deal of physical comedy and skilful use of props on show.  There was a long (perhaps too long for the youngest audience members) first section demonstrating the boredom that the boy and Sally were experiencing that was almost wordless.  My four sons were captivated from the get go – even my older cynical ones – and there was lots of laughter and mirth from them throughout the performance.  The Cat in particular was mesmerising and had my kids spellbound.  Things 1 and 2 were also hilarious.  There were also some marvellous moments of unscripted audience interaction which had us all in peals of laughter.  Comedy serendipity.  It was a really well-crafted, skilfully performed, imaginative and engaging dramatic rendering of an adored book.  We all thoroughly enjoyed it and were very impressed.

After the performance, the five actors remained on stage to have a Q&A with the audience which I thought was a lovely tough since it provided the kids with the opportunity to learn more about stagecraft.  The cast then posed for photos and chatted with the audience some more outside the auditorium.  Here are three of the Pict kids with the Cat in the Hat – the oldest one didn’t want to be in the snap. 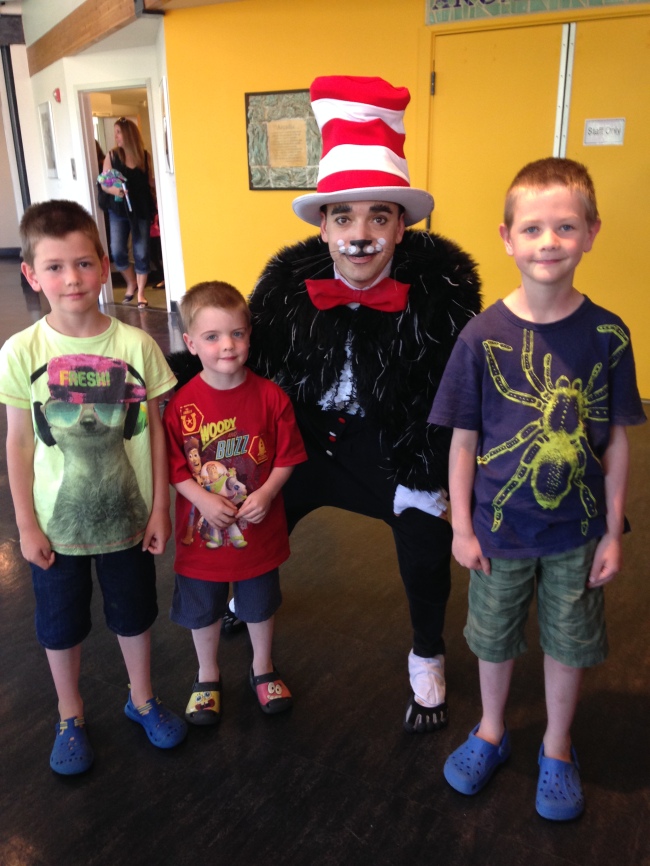 We then stopped off for some post-theatre ice cream treats for the kids.  I think this is something they will want to turn into a tradition.  The 5 year old got so messy with melted chocolate ice cream (far worse than when I snapped the photo) that he became a bit of a tourist attraction with people stopping to chat to us through fits of giggles. 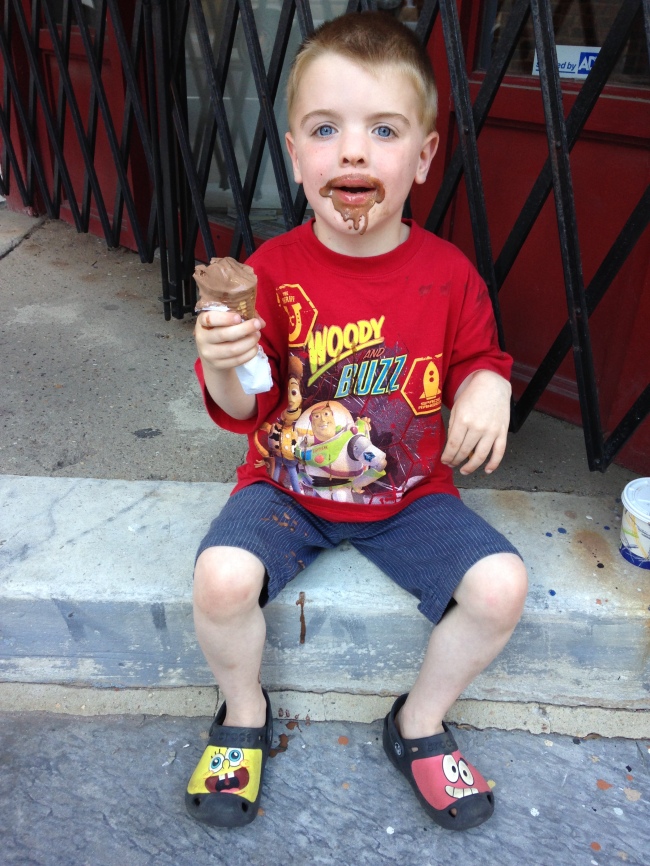 We had a wonderful time at the Arden Theatre and will definitely go back and enjoy more family productions there.  Now that we are becoming more settled here in Pennsylvania, we will also have to investigate the other theatres in the area and sample their child-friendly productions.