One of the things Mr Pict really wanted to do on our vacation was take the kids to see Meteor Crater.  He and I had visited back in 2000 but, as an astronomy nerd, he is always looking for opportunities to engage and enthuse the kids in the subject of outer space.  We, therefore, set off early on the fifth day of our vacation to make the most of cooler morning temperatures and arrived at Winslow just as Meteor Crater was opening to visitors. 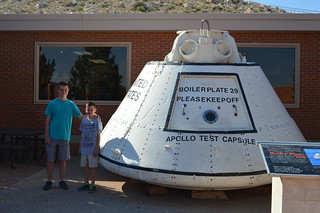 As its name suggests, Meteor Crater is a place in Arizona where, 50,000 years ago, a meteor measuring about 150 feet in diameter and weighing several thousand tons collided into the earth at 26,000 miles per hour.  Don’t ask me how scientists know such things when nobody was around to witness or record the event let alone measure it.  They do their scientific stuff and they know and I just learn the precis of their findings and trust their knowledge and understanding.  The result of the impact was a giant crater several hundred feet deep and 4000 feet in diameter.  An introductory video illustrated the scale by showing that 20 (American) Football games could be played inside the crater with room for 2 million spectators.  In the museum, we were able to see and touch one of the large fragments of meteorite that was left behind after the impact and explosion, which was rather cool. 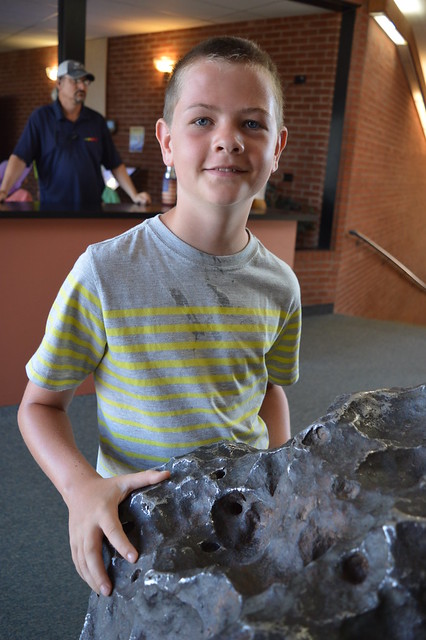 The museum area had definitely improved since our last visit.  It was much more engaging and the kids were able to absorb information through interactive displays. They learned about earth impacts in ancient and modern times, including photos of meteorites that had fallen through people’s roofs and the famous images of the Tunguska Event, and that all the pock-marks on the moon’s surface are the result of similar collisions.  They also learned about Meteor Crater’s use as a site for training astronauts and for studying outer space geology.  There were experiments in magnetism and a game whereby they could “design” a meteor and see what its impact would look like on a particular planet.  Our youngest son celebrated when he managed to completely destroy Earth and Venus. 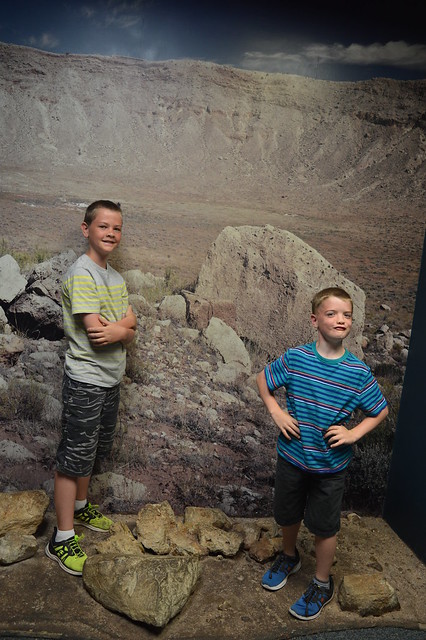 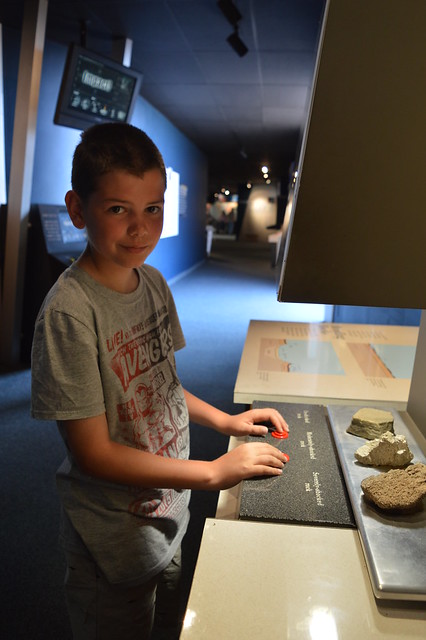 We stepped outside and were able to properly view the Crater.  I am sure the local indigenous population had a name for this vast divot in the ground but, if they did, we didn’t learn it.  We did, however, learn that it was first recorded as Franklin’s Hole and later it was named Coon Butte.  My children decided that they much preferred either of those epithets to the bland and obvious Meteor Crater.  At the very beginning of the 20th Century, a Philadelphia mining engineer named Barringer took out a claim on the land in the hopes he could locate and mine the iron from the giant meteorite.  He was disappointed but his efforts apparently resulted in much learning.  The evidence of this mining activity could still be seen within the crater – only just so with the naked eye but better with the available telescopes.  Other telescopes were trained on interesting features within the Crater, from a small boulder on the rim that turned out to be the size of a house to a barely discernible pin prick on the crater floor that turned out to be a model of a 6″ tall astronaut with an American flag.  This was useful in really conveying to the kids how colossal the crater was. 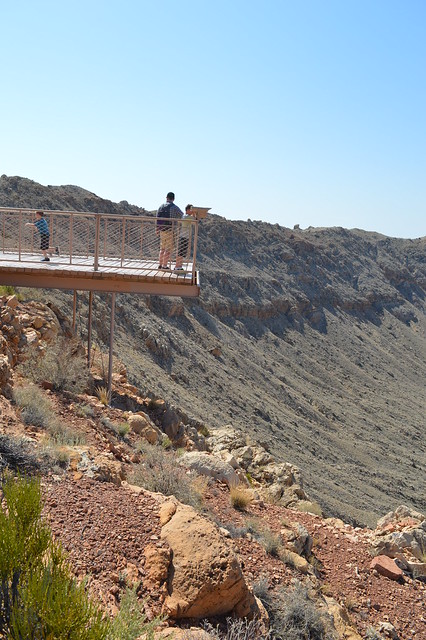 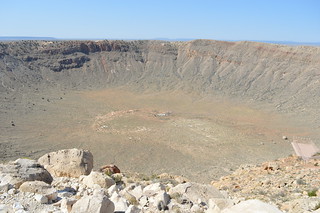 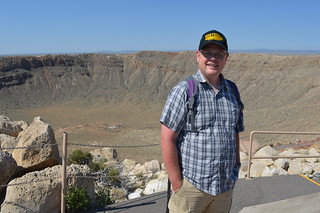 Our visit to Meteor Crater was very interesting and I am glad we took the kids to see it but I just don’t get that excited by science or outer space.  The highlight of my trip to Meteor Crater was that I saw a mountain lion on the side of the road.  Much more exciting.