Before we crossed the border into Canada, we spent a couple of days pootling around in Vermont.  This enabled the boys to claim a new state.  My plan had been to take the boys to Shelburne Museum, an incredible, vast, eclectic and eccentric museum.  I had absolutely adored that museum when I visited back in 2001 but we agreed the kids probably wouldn’t find it had the same impact since we visited the similarly bonkers House on the Rock last year.  Shelburne Museum would have absorbed the entire day so abandoning that plan freed up time to do a lot more exploring.  A lot of the first day in the Burlington area was food-based – but don’t worry because we definitely earned our calories. 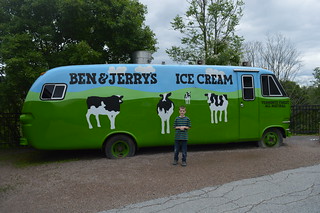 First up was Ben & Jerry’s.  Mr Pict had been when he was a kid and before it was an ice cream empire and the kids and I had never been before.  I anticipated a small factory tour and a lot of brand merchandising but thank goodness we turned up early enough to get on the first tour of the day because that place is crazy.  It’s like a small theme park.  By the time we were taken off on our factory tour, the reception and shop area was packed with people like herring in a barrel.  It was ridiculous. 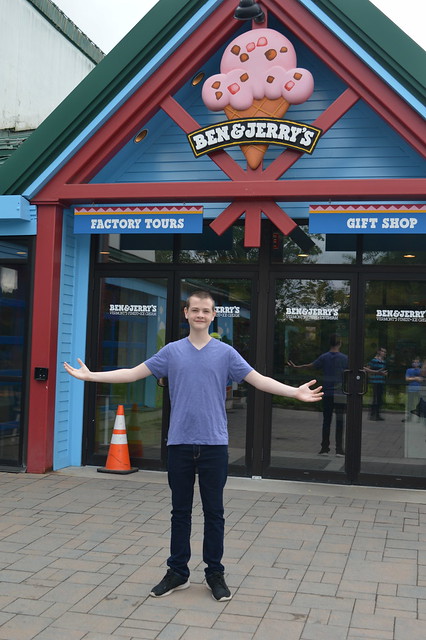 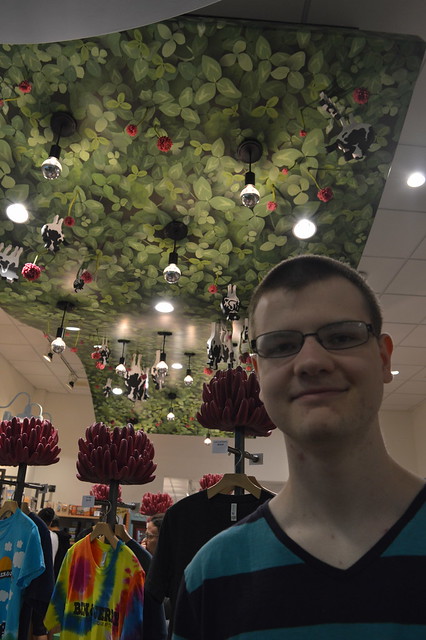 The tour itself was efficient but interesting.  Sadly no ice cream was being produced because some part was getting replaced but we got to see the machinery and have the process explained to us, including the ways in which Ben & Jerry’s is different from its competitors.  It helped that our tour guide was an amusing nerd and it also helped that we got to sample a scoop of ice cream at the conclusion.  Extra samples meant that our youngest son lucked out and was given two samples. 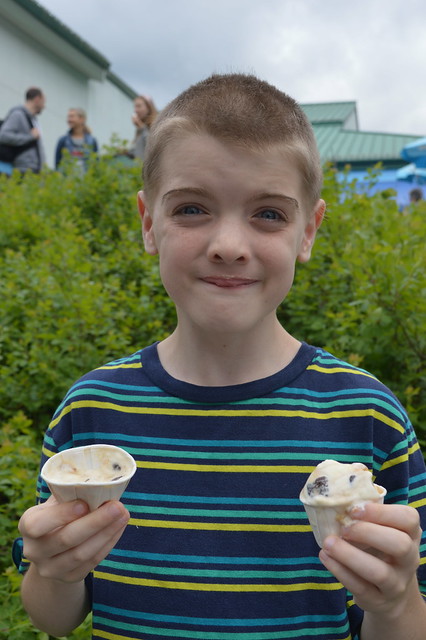 After the tour, we wandered around in the “Flavor Graveyard”, the way in which the company memorialises flavours that it has tried out on the general public and then permanently withdrawn.  We had learned that there are other flavours that get withdrawn and then make a comeback.  Those are called zombie flavours. 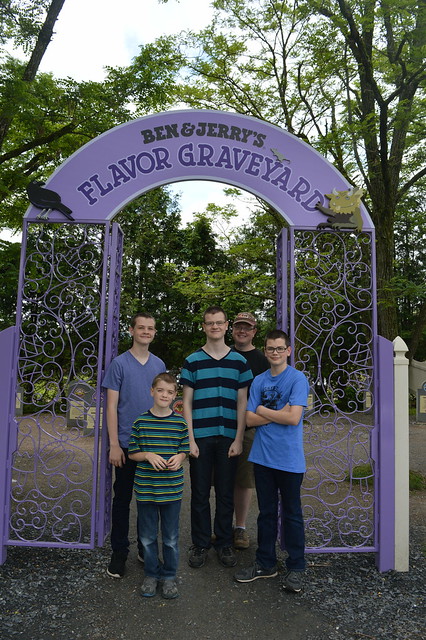 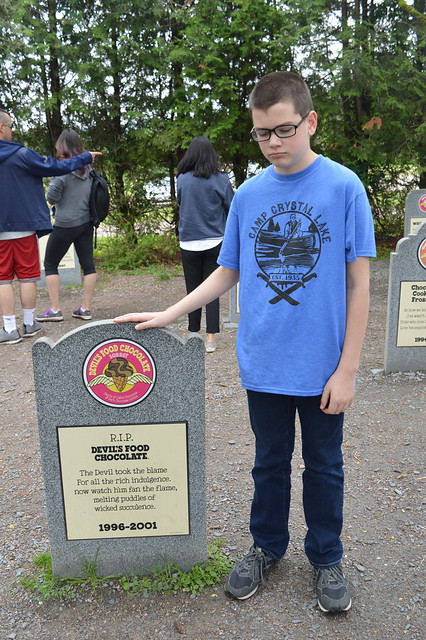 That area of Vermont is also known for its cheese and cider so, much later in the afternoon, we went off to sample and buy some of both.  First up was the Cold Hollow Cider Mill.  While cider and apples were certainly the running theme of the store, there were lots of other products for sale too so we had a good pootle about but we kept our focus on the cider.  We watched a video about the company’s history of cider production and got to sample some.  I am generally not a massive fan of non-alcoholic cider or apple juice but it was ice cold and refreshing and just what I needed at that point in the day.  The kids were peckish so they chose a snack each.  Two of them chose hot dogs that had been steamed in cider, one chose an apple cider doughnut filled with cream, and the youngest bought four miniature fruit pies. 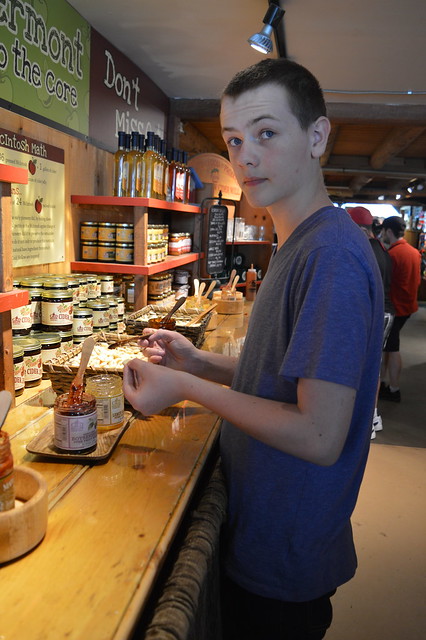 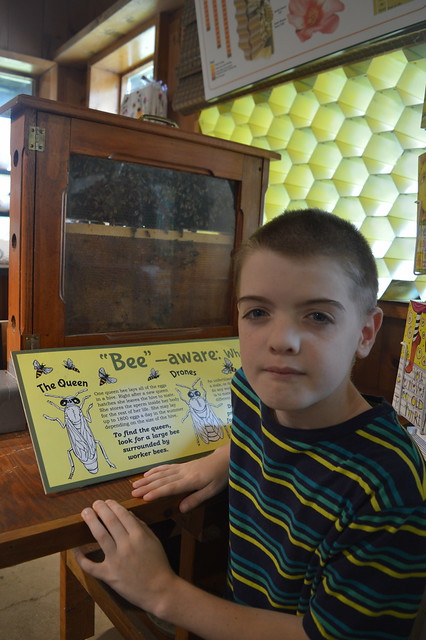 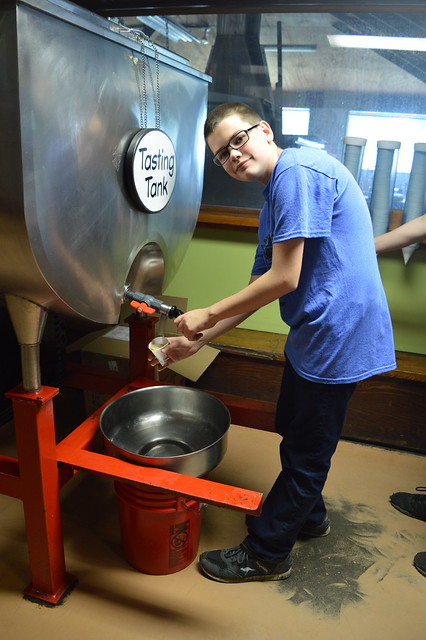 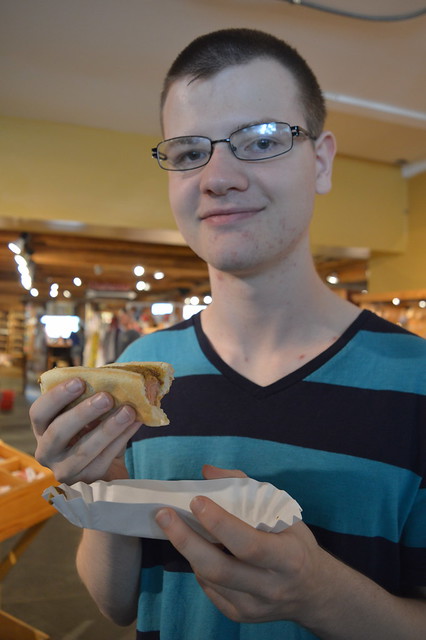 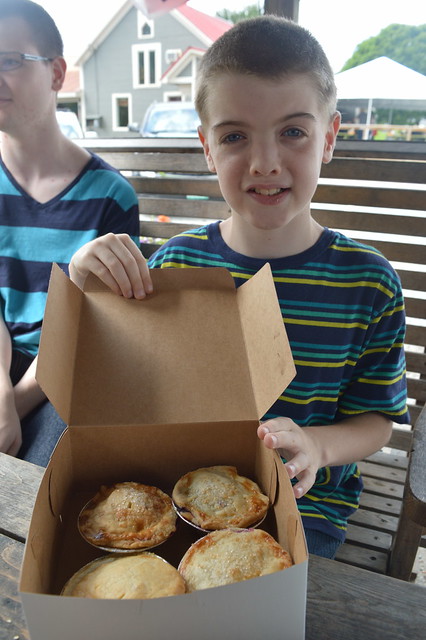 Then we popped into the Cabot cheese farm store.  I am lactose intolerant so had to keep my sampling to a minimum but the boys and Mr Pict had fun taste testing all of the available cheeses and I tried some delicious mustard that I decided to buy and bring home with me as an edible souvenir. 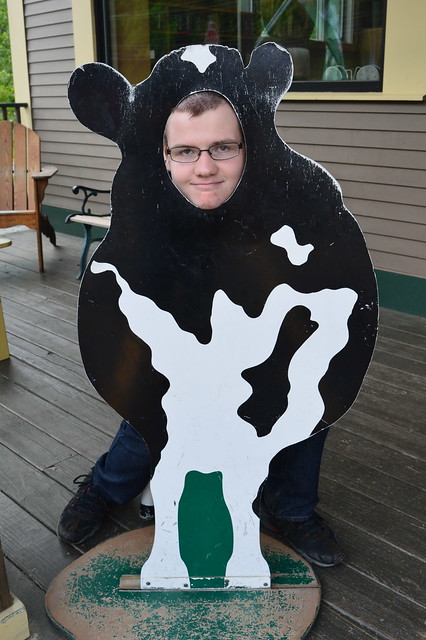 Dinner that evening was fast food of the local variety.  Al’s Food Frys is apparently a local Burlington institution so we decided to give it a try.  I must admit that the use of “Frys” instead of “Fries” made me all manner of twitchy and fast food is not my favourite way to eat but it is fun to try something new and specific to an area.  I must admit that the fries (not frys) were pretty delicious, really potatoey and with fluffy insides but crisp on the outside.  Those who had burgers said they were scrummy and my 12 year old loved the flavour of coating on the fried chicken he ordered. 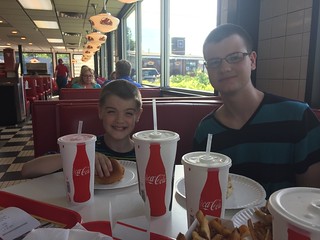 Day two of our trip was definitely about “travelling on our stomachs”.