This weekend we went to Washington Crossing, both a town in PA and a state park straddling both Pennsylvania and New Jersey on the banks of the Delaware River.  My 8 year old had to visit a local historic site in order to earn some sort of badge and the pack leader suggested Washington Crossing.  Every year, the folks of the area stage a reenactment of General George Washington’s Christmas Day crossing of the Delaware River in 1776.  Happily they don’t just stage the reenactment on Christmas Day but also on an earlier weekend because we could not have sold a Christmas Day excursion to walk some men in fancy dress row some boats to the kids.  Want to know how stoked the boys were to be attending this event?  Yup.  Correct.  Not.  At.  All.

Honestly, it was a hard sell.  On a list of a hundred trips my kids might be enthused about, standing on the banks of a river watching some historic reenactors go to and fro does not feature.  Not remotely.  In fact, it might feature on a list of things my kids will rebel against.  Which was kind of apt given it was all about a revolution.  It was also hard for me to whip them up into some sort of interest because, quite frankly, the Revolutionary War doesn’t especially engage me either.  Finally I segued from playing Devil’s Advocate with my failing and flailing attempts at persuasion and just went with threats of dire punishment to get them into the car and get the trip underway.

Washington Crossing was absolutely thronging when we arrived.  Finding parking proved to be quite a challenge.  Clearly whole vast herds of other parents had no difficulty enthusing their children about the event.  The best views were to be had from a VIP area with a marquee and ticketed entrance.  There was no way I was going to hand over cash just to hear my kids whine and gripe so we found a spot further along the bank and settled in there.  And by “settled” I mean that Mr Pict and I had to stay on hyper alert as our children picked up large sticks with which to have lightsaber fights, jumped off rocks down to the shore, gave other people palpitations as they scuttered down steep slopes at high speed, hurtling towards the water, and tried to escape.  Oh what fun. 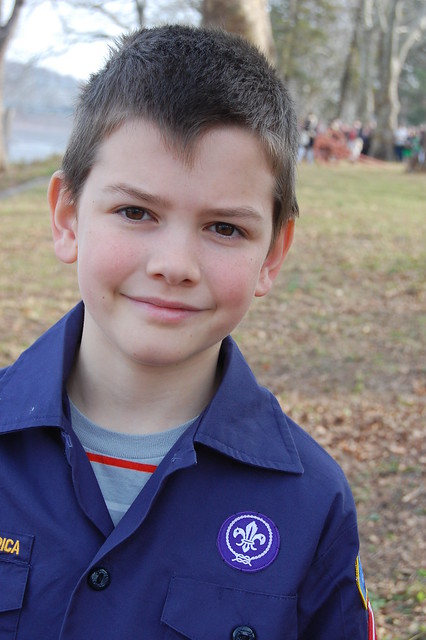 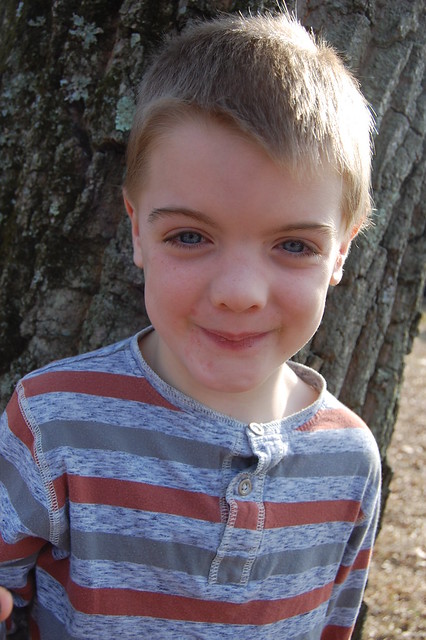 Finally it was time to watch the reenactment.  I then became utterly confused because the row boats pushed out from the Pennsylvania shoreline and crossed to New Jersey.  Somewhere in the dusty shelves of my memory, I thought that Washington had crossed the other way.  So, to be clear, I had dragged four unwilling and rebellious children on a trip to see a historic event reenacted when I had almost zero knowledge of the event.  This was going great.  So it transpired that what happened was that George Washington conducted a surprise maneouvre  whereby he crossed the river on Christmas night in order to attack the Hessian troops in Trenton.  They then crossed back to Pennsylvania with prisoners and some useful things they had purloined.  Washington’s troops would later cross again in order to defeat Cornwallis’ troops at Trenton.  This whole episode is the subject of Leutze’s famous painting.  So we watched the reenactors cross back and forth in the Durham boats, had our ears cleared and our ribs rattled by the boom of canon, and smelled the rotten egg of the smoke as it wafted thickly in our direction. 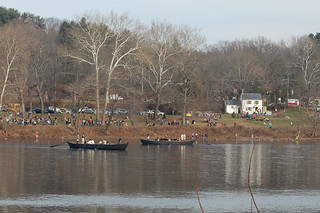 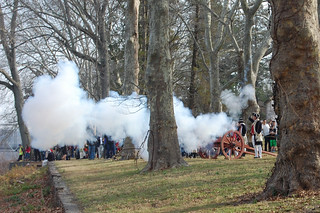 It ended and the crowds clapped and cheered.  My boys yippeed because they could finally depart.  Honestly, it was not the most exciting trip I have ever taken them on but, as I explained to them, it could have been worse: I could have taken them to the Christmas Day reenactment after all.  I realised, however, that my lack of engagement and enjoyment was down to my very limited knowledge about the War of Independence.  Given that we live in an area that is so connected to, so immersed in the history and events of that era, I really must make an effort to learn more.  I think, therefore, that we may well return to Washington Crossing at some stage in order to visit the buildings and learn a bit more about the events we saw being depicted, see replicas of the boats up close, that sort of thing.  Of course, persuading my kids to return might be a whole other thing. 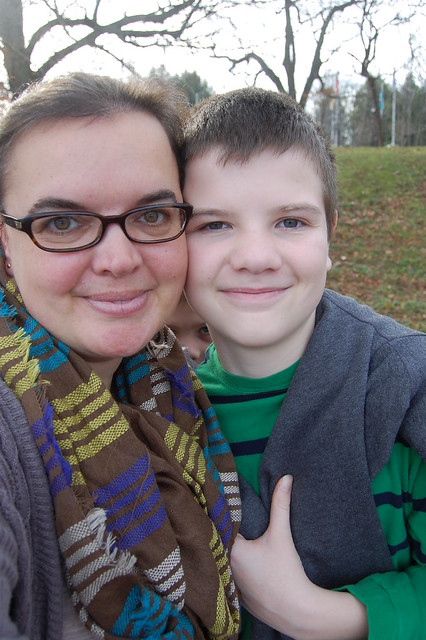