While my kids get a week long Spring break, I only get a few days off work. We, therefore, opted to have a little mini-break in Washington DC, a location not too far from home and that would enable us to catch up with good friends we have not seen since before the pandemic.

We have also been thinking about introducing our middle two sons – currently a high school sophomore and freshman – to different types of universities so that they can begin to percolate their thoughts about where they would like to land up should they choose to continue into tertiary education. They have already visited a campus that is on the outskirts of a smaller city as we visited my oldest son at RIT. We thought, therefore, that we would make the University of Maryland a waypoint on our journey so that they could experience a campus that is more of a suburb with easy access to a major city.

The University of Maryland’s mascot is a terrapin so there were terrapin statues, images, and references all over the place. Forget the reptiles, however, because I was more excited by the amphibian on campus. Jim Henson is a University alumnus so there is a statue of him and Kermit outside the student union building. As a lifelong Muppet fan, that was the highlight of the trip for me.

It’s a lovely campus with appealing buildings and green spaces. You could not pay me to relive the first 13 years of my school education but I did enjoy my undergraduate and postgraduate years. Part of me wishes I could justify the resources to pursue a PhD because I just love learning and that academic atmosphere. I am, therefore, happy to be creating this program of college excursions. The 15 and 16 year olds decided they liked this type of campus. The 12 year old liked the fact they have their own ice cream producing dairy.

Having gone to the beach on Friday – very much not my cup of tea – on Monday we decided to go and explore a cemetery – graveyards being very much my cup of tea.  Since Mr Pict is a Civil War nerd, we elected for Montgomery Cemetery in Norristown since it contains a few graves of notable Civil War soldiers. 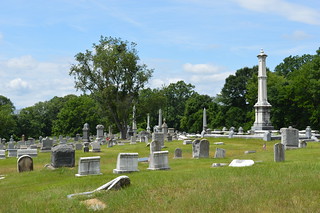 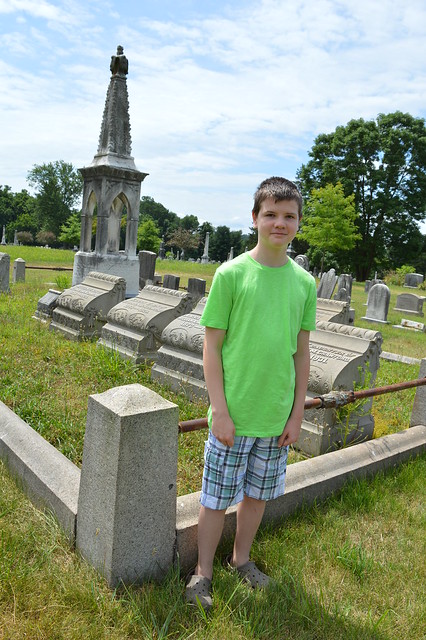 Dating from 1848, the Cemetery covers a fair amount of land and was enjoyable to amble around with clear paths carved out in the long grass even when there were no surfaced tracks to follow.  It was nowhere near the scale of the sprawling urban cemeteries we have visited in the past, however, so the idea of finding particular graves without a site map was not a ridiculous notion. 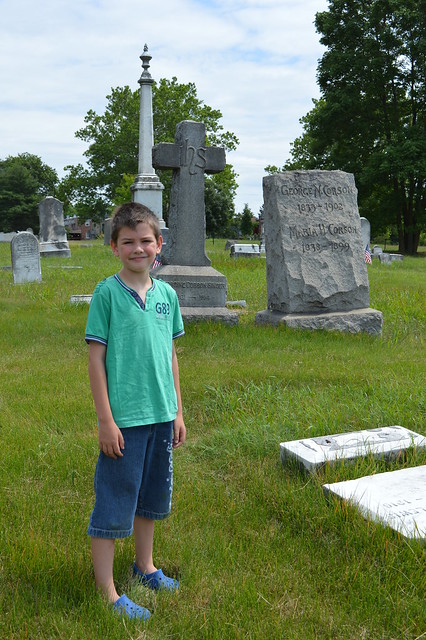 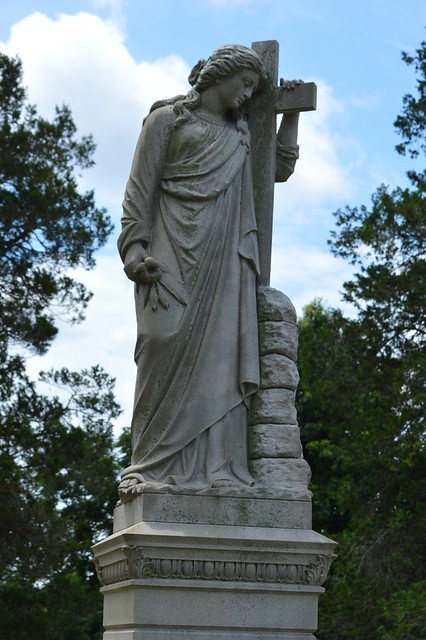 In no time at all, we found the grave of the wonderfully named Samuel Kosciuszko Zook.  He had changed his middle name from Kurtz at some point because clearly Zook was not a conspicuous enough name without that more exotic middle name.  A professional military man before the outbreak of the Civil War, he was present at several notable battles.  It was at Gettysburg, however, that he met his end.  He was shot by rifle fire as he advanced his troops towards the Wheatfield.  He died of his wounds the next day aged just 42. 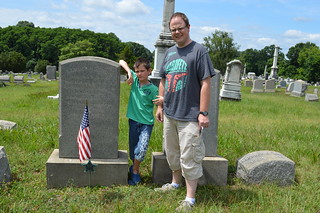 The most notable Civil War General buried in the cemetery, however, was Winfield Scott Hancock.  He has a tomb tucked in a corner of the cemetery.  Another career soldier, Hancock was a veteran of both the Mexican-American War and the Civil War.  He is most celebrated for his leadership during the Battle of Gettysburg where he made controversial decisions that ultimately assured Union victory.  Immediately after the war, Hancock was tasked with supervising the executions of the conspirators in Lincoln’s assassination.  Later he ran for President but lost out to James Garfield.  Hancock died at the age of 61 of an infected carbuncle, a pretty mundane way to die after a fairly dramatic life. 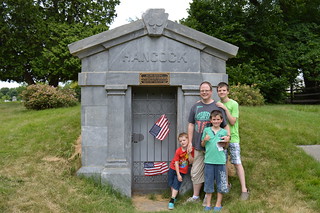 We also found the grave of John Hartranft, which is marked by a towering obelisk.  Another Civil War general, he was a Medal of Honor recipient for his part in the First Battle of Bull Run.  Coincidentally, it was Hartranft who had led the Lincoln conspirators to the gallows and read them their last rites.  In the 1870s, he served two terms as Pennsylvania’s Governor, overseeing a period of economic instability and related civil disobedience in the state.  He died of kidney disease aged just 58. 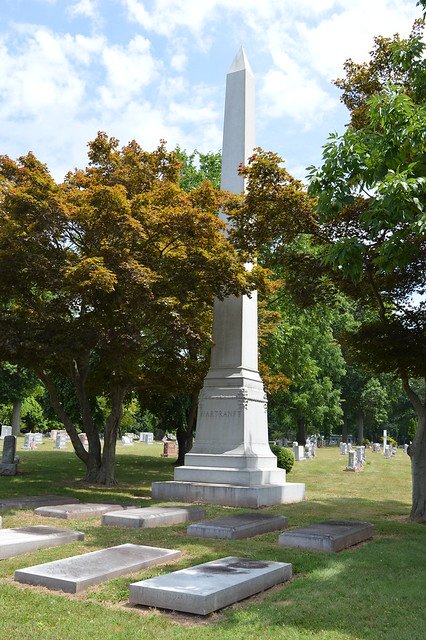 Wandering around graveyards and cemeteries is something that I enjoy and history – especially the Civil War – is something that Mr Pict enjoys so we were very happy with the choice of excursion for the day.  Our children, not so much.  It is, therefore, necessary to find ways to engage them in the activity of strolling around a cemetery. The easiest way I have found to do so is to set them a couple of competitive challenges: who can find the earliest burial or oldest extant grave marker and who can find the person who died at the oldest age.  The earliest grave marker we found was for someone who died in 1855, though obviously there must have been earlier burials than that.  The oldest person, however, turned out to be a good contest.  We had an early contender at the Zook plot with a woman who was born in 1802 and died in 1902.  We then found several more centenarians.  The winner, however, turned out to be someone who died at the grand age of 104, having been a child when the first aeroplane flew and lived long enough to witness the internet age. 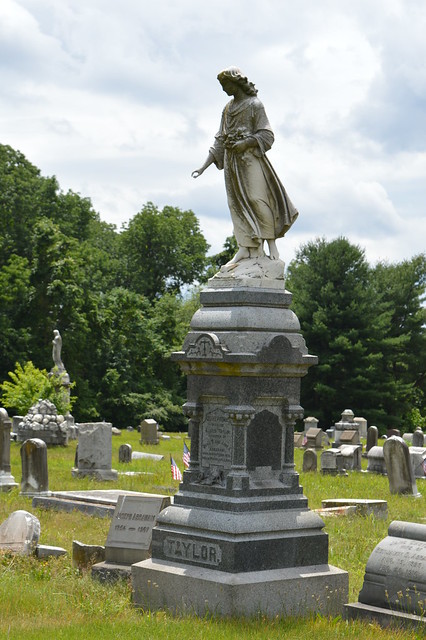 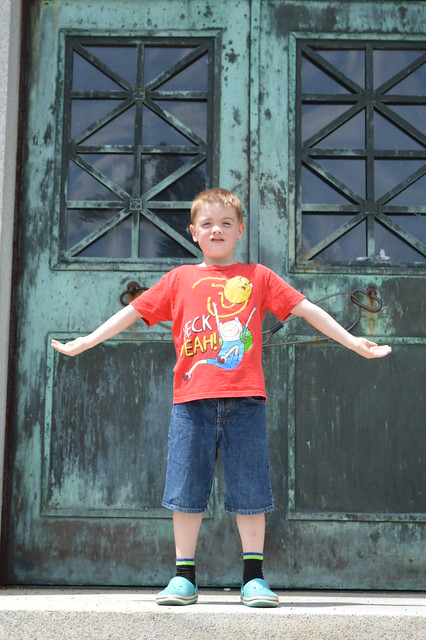 These challenges still did not engage my ten year old, however.  He stubbornly clung to boredom and was very vocal about his resentment at being dragged around a cemetery.  He even threw in a side moan about wearing a black t-shirt on a hot day – despite the fact he had chosen to wear said t-shirt.  Nothing could persuade him to drop the griping and attitude and just find something of interest.  He was our own little thunderclap.  Then we happened upon a miracle that raised his spirits and led him to rally: I found a turtle.  The turtle was just wandering among the graves, presumably basking in the sunshine to warm up before heading back to the water for the evening.  He was a pretty sturdy fellow so we felt confident in picking him up to inspect him closer and briefly grab a few photos of our close encounter before setting him back down where we found him and letting him go on his way. The kids were thrilled.  My 9 year old wanted to adopt him and name him Porky.   I later identified him (or her because I didn’t take time to ascertain gender) as a Midland Painted Turtle.  And that is how a turtle saved the day. 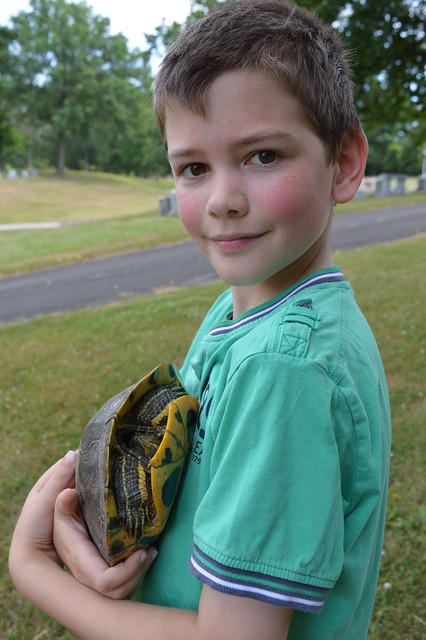 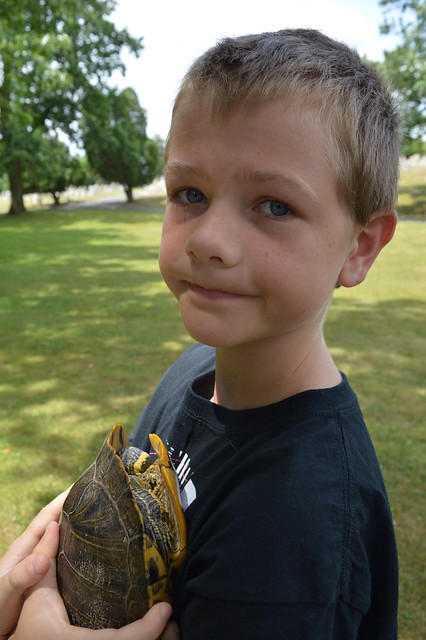 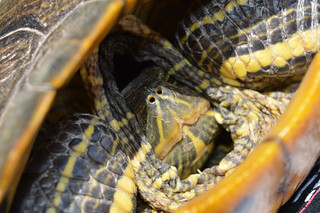