I think anyone undertaking a road trip has to have a few horrible accommodation experiences just to generate good anecdotes and make one more appreciative for basic motels.

Back in 2001, when touring New York, New England and South-Eastern Canada, Mr Pict and I had a run of cruddy hotel experiences, things like cigarette burns in bedlinen and mouldy sealant around showers.  So when we turned up at our hotel in Nova Scotia and discovered the room reeked of smoke – and both being non-smokers – we decided to cancel our booking and find an alternative.  That proved to be pretty challenging, however, and we ended up at a motel we now refer to as the Werewolf Motel.  We gave it that moniker because of the deep grooves running down the door of our room that looked ever so much like gigantic claw marks.  More terrifying, however, was the fact that the manager was sitting in his office in his yellowed underpants and vest (singlet) with his stained and moth-bitten laundry hanging above his head.  We spent the entire night expecting to either hear a howl or be devoured by bed bugs.

On this road trip, our kids got to have their first – but probably not last – horrible hotel experience.  Our stop for the night was Toledo, chosen only because it was a convenient place to stop on that day’s journey.  Photos on the website had been taken from convenient angles to not reveal how utterly dilapidated the hotel was.  As we pulled up, our stomachs sank.  The surrounding street were rough as a badger’s butt and as we entered the hotel car park we could see mattresses and chairs piled up outside some of the rooms.  The place was really run down and falling to pieces.  Then we saw the yellow police tape across one patio door.  Gulp.

It was pretty late in the evening and finding accommodation for six of us was going to be problematic so we decided just to treat it as an adventure for the night and stick with it.  As we walked along the dank and dim corridor towards our suite, our youngest son asked, “Is this a haunted house?”  The corridor was eerily reminiscent of the Overlook Hotel. 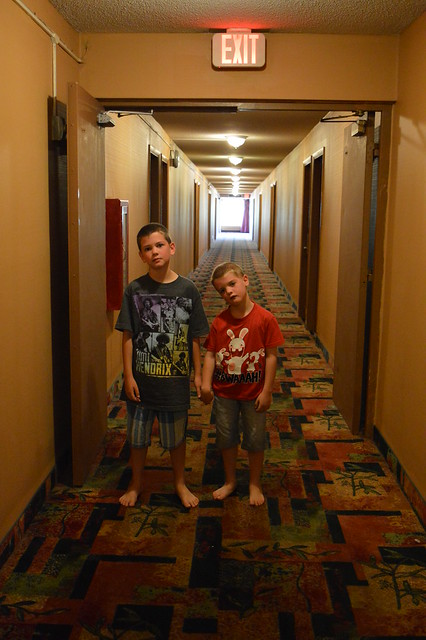 Our room was actually OK.  It was dated and very battered around the edges, the decor was very tired, but it was spacious and the beds were comfy – which was pretty critical.  Nevertheless, my 9 year old refused to open any cupboard doors in the kitchenette in case he found a severed head.  What the hotel did have going for it, as far as the kids were concerned, was a large thermal heated swimming pool but I don’t think even that mitigated against the fear of disease or death. 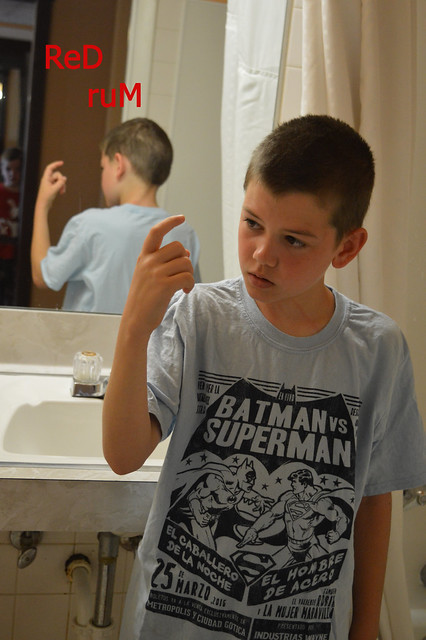 Toledo was clearly a place struggling to recover from the collapse of traditional industries and deep recession.  Every street we drove through suggested depression and hopelessness.  It was apparent that the hotel we were staying at was not being used by tourists very much but was instead catering to people living there paycheck to paycheck.  It was all really sad and I actually felt guilty being in that context as a tourist on vacation.

We did not want to hang around the hotel so we decided to go out and see a movie.  My kids have never been to a proper drive-in cinema so we headed to the Sundance Kid Drive In at a place called Oregon.  Disappointingly there was no raked parking so we had to reorganise all of the seating so that everyone could get a decent though imperfect view of the screen.  The sound quality through the radio was fantastic though.  We saw the new version of ‘Ghostbusters’ which I found entertaining and, not being much of a fan of the original, actually enjoyed the new version more.

Despite an almost full moon, a rattling and rasping AC unit, and our imaginations running wild, we all managed to get a decent sleep.  We survived the Horror Hotel. 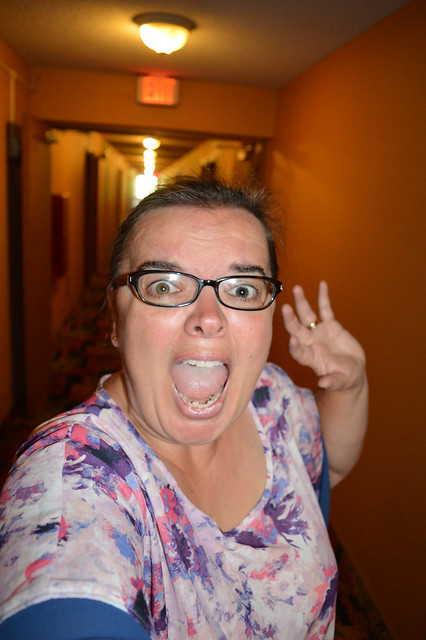