The youngest two Pictlings returned from their trip to Maine with their grandparents.  Then it was time for the oldest two to head off on their vacation with their grandparents.  They are visiting New Orleans and taking a cruise around the coasts of Mexico, Belize and Honduras.  Lucky ducks.  Mr Pict and I are, therefore, experiencing having only two children at home again.

We took a weekend trip into Philly to visit the Franklin Institute.  The older boys have become a bit lukewarm when it comes to return visits to the Franklin Institute so it made sense to grab the opportunity to just take the other two.  I have never seen the building so empty and quiet.  It was an absolute pleasure to wander around without the noise and the crowds, without having to wait for a turn on some piece of equipment. 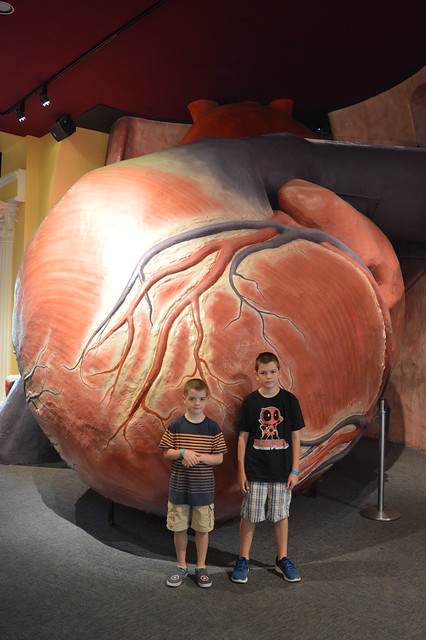 There is a special exhibition on at the moment that is all about numbers and patterns in nature.  The boys loved all of the interactive elements.  They were able to identify the same spirals, tessellations, and ratios in different photographic images, play with computer generated images of branching and the geometry in mountain ranges.  There was a metal casting of an ant nest that was beautiful and fascinating and a section of a beehive.  It was my kind of mathematics. 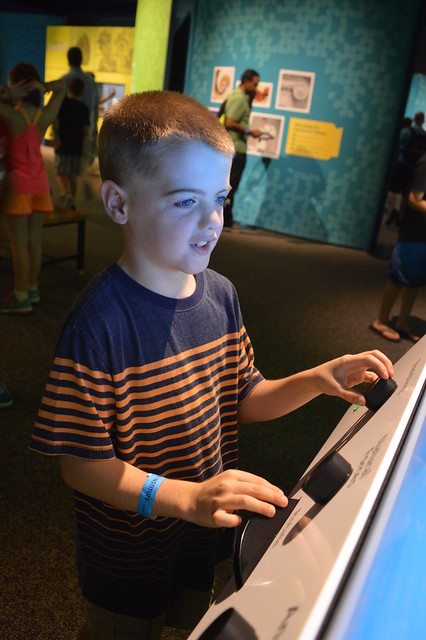 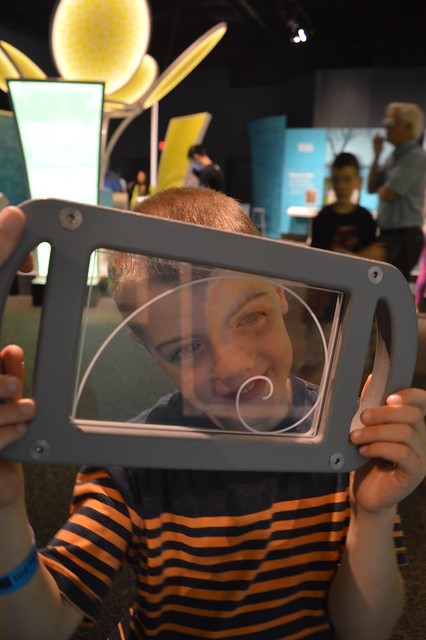 The centrepiece of the exhibition was a mirror maze.  It was constructed from floor to ceiling mirror panels and LED light strips in the floor creating triangular shapes in the floor.  It was so much fun to wander around in it.  The maze had been cleverly crafted so that the different angles of the mirrors created optical illusions.  At one point, my youngest son was split in half on different sides of the corridor.  It was genuinely tricky to find our way around the maze too.  We hit many dead ends.  The dead ends, however, were also fun.  Pressure pads in the floor made screens appear in the mirror panels that informed us about patterns and repetitions in nature.  We went around the maze several times because it didn’t get boring at all. 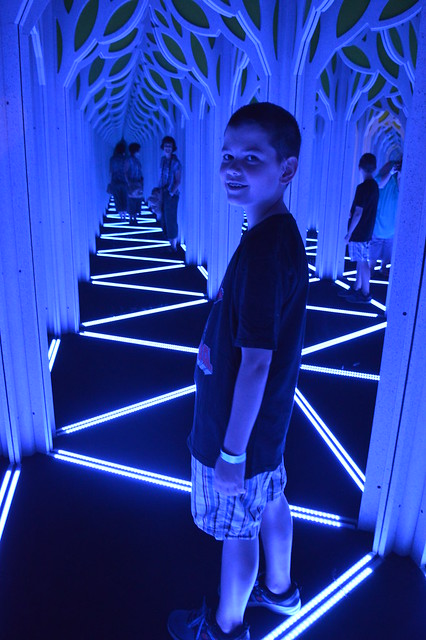 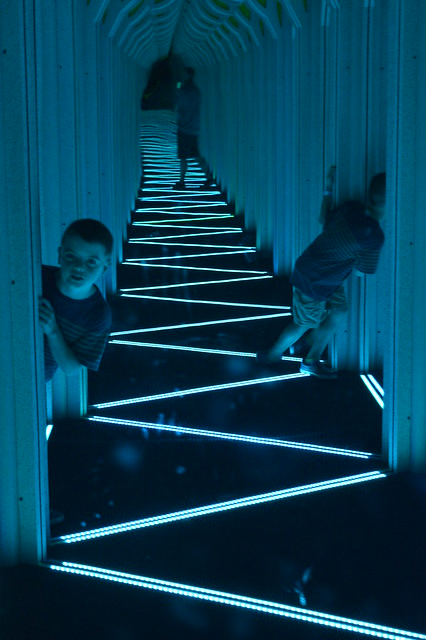 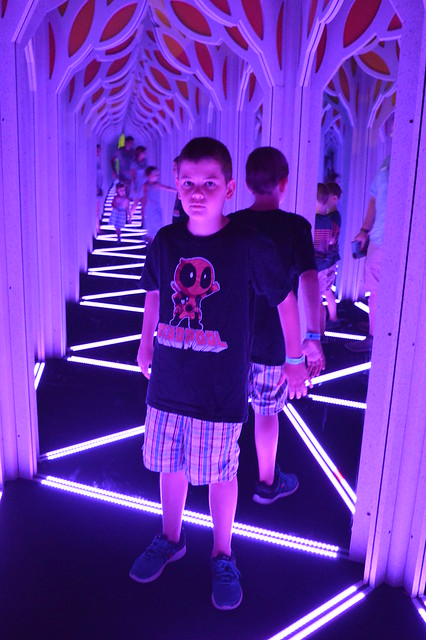 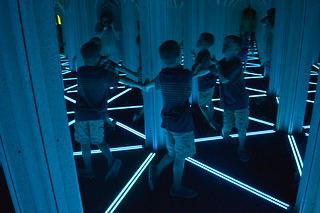 We then watched an IMAX movie about extreme weather.  The documentary was great and the IMAX screen made the photography even more immersive.  We could actually feel dwarfed by the glacier that was breaking into the sea and could feel the threat of the impending tornado.  After that, we asked the boys to select a few areas of the Franklin Institute that they were keen to visit on this trip.  The advantage of being members is that we don’t feel the pressure to do the whole museum from top to toe each time and can instead cherry pick.  We, therefore, visited the space section where they got to try on virtual reality headsets and touch another fragment of the meteor that came from Meteor Crater.  We also visited the Heart section where they enjoyed climbing around in the chambers of the heart and listen to the heartbeats of different creatures.  They also had fun in the electricity section, creating circuits by connecting hands and getting electrical shocks from a key. 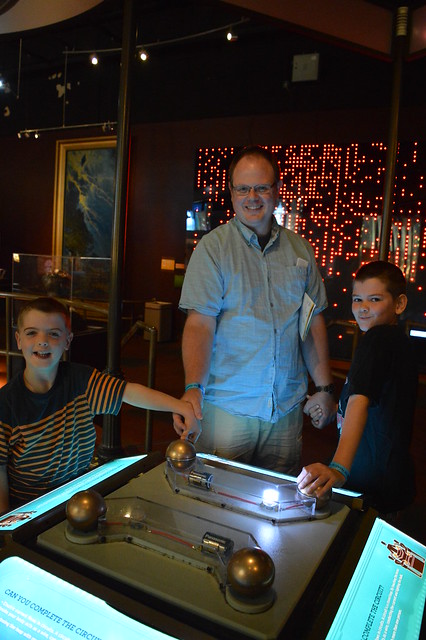 After the Franklin Institute we headed across the street to Logan Circle.  While I have walked and driven past it many times, this was our first visit to Logan Circle – also called Logan Square, confusingly enough.  It is basically a small park in the middle of a roundabout (traffic circle).  We read on a placard in the park that this was the site of the Great Sanitary Fair.  This was an 1864 event to raise funds for medicines for the Union troops.  Abraham Lincoln contributed by donating signed copies of the Emancipation Proclamation.  Apparently the public address he gave that day was the only one he delivered in Philadelphia.  At the centre of the circle is an impressive fountain, the Swann Memorial Fountain.  The Fountain was designed by Alexander Calder – the Philadelphia sculptor whose father designed City Hall and who was the father of Alexander Calder of the kinesthetic sculptures.  It features three massive figures each representing the rivers of the city – the Schuylkill, Wissahickon, and Delaware – and turtles, frogs, fish, and swans.  There are geysers spouting high up into the air.  It’s a pretty cool fountain. 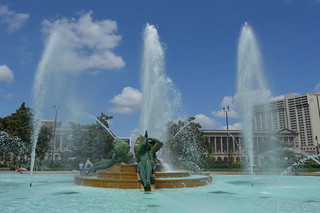 Of course, the kids didn’t give a stuff about all that history.  They were just interested in the water.  There were lots of people playing in the fountain, both wading and swimming, and my boys were keen to join in.  We were not sure if frolicking in the water was permitted.  There was no sign prohibiting entering the water, as is often the case with off-limits fountains, so we decided to let them get in.  It turns out that there was a brief ban on entering the fountain but it is now allowed so we were OK.  The boys loved wading around in the water and wandered all over the place.  I decided to join them, though I avoided getting as wet as they did.  They loved the spouting turtle and frog figures and had an absolute blast playing, splashing, and giggling.  Now I am keen to visit more of Philly’s fountains and public art. 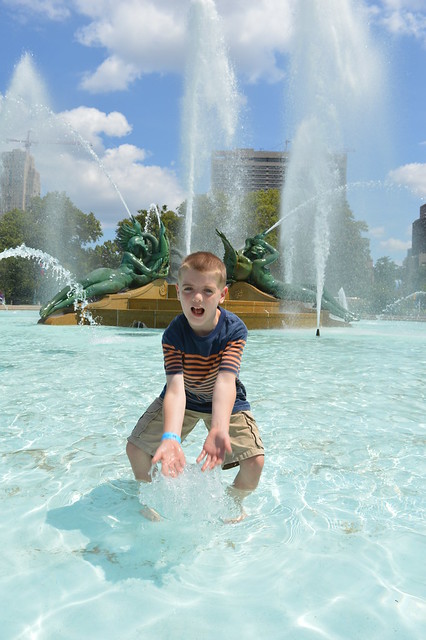 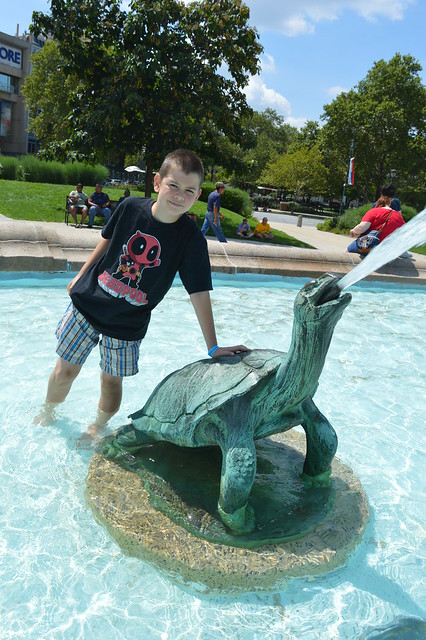 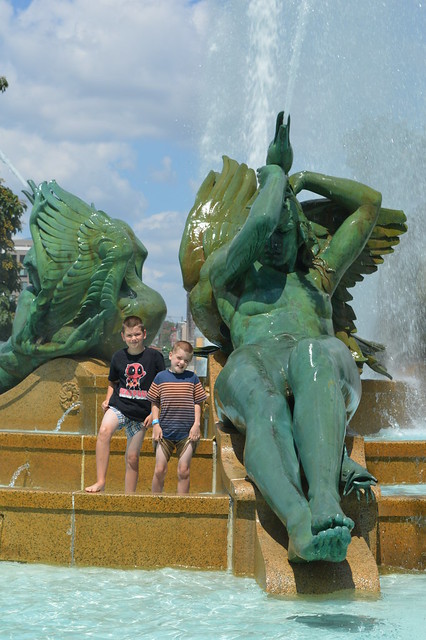 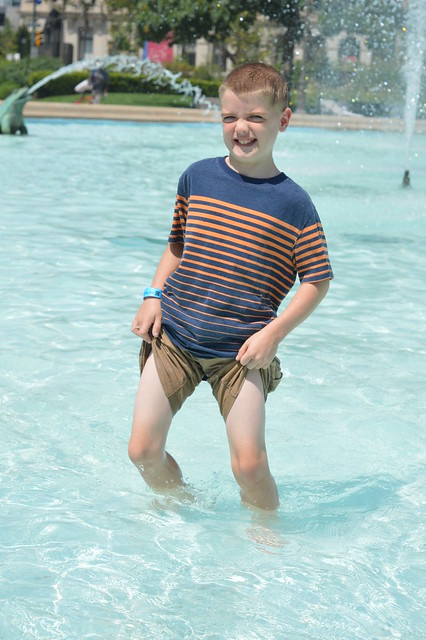 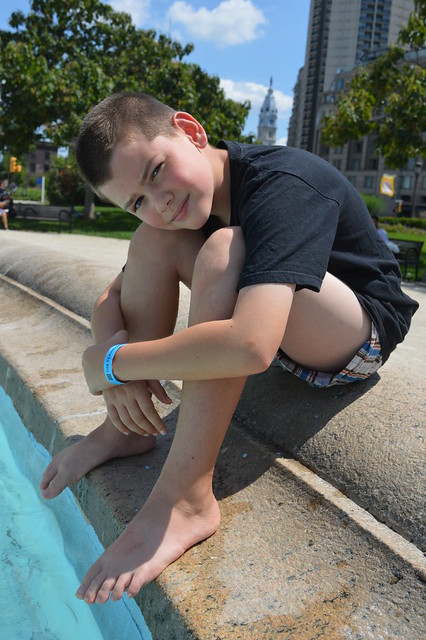 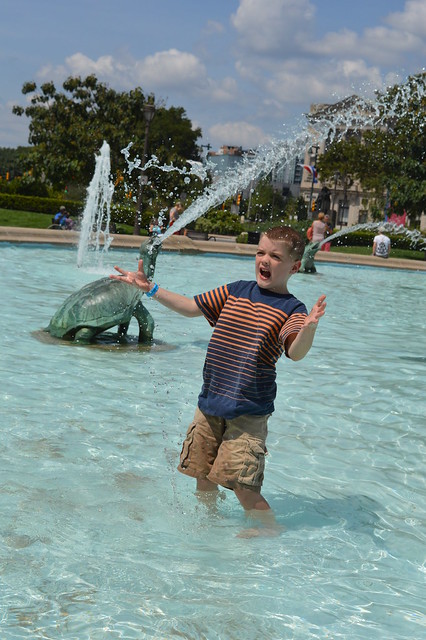 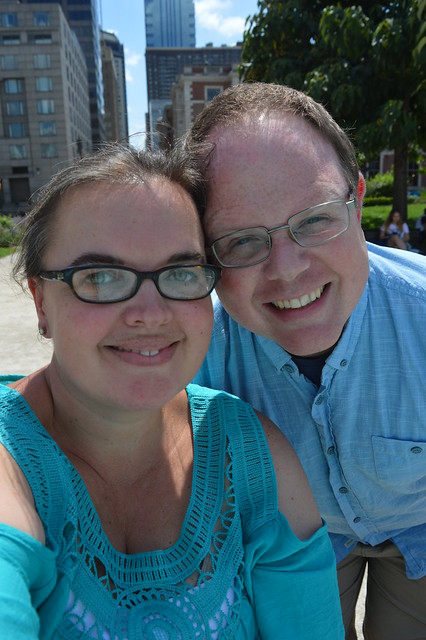