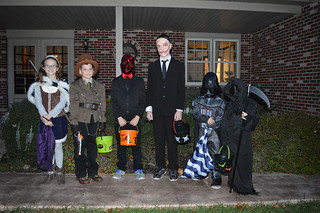 On the basis of better late than never, this is how our Halloween unfolded this year.  It was a super-busy, hectic, exhausting day and I still have not caught up with myself but at least all the stuff keeping me on my feet (literally) was fun stuff.  I spent the morning working at the preschool dressed up as the Cat in the Hat which included a parade and a party.  Then I dashed to my kids’ Elementary School for the first of their three Halloween parties, watched the school’s Halloween parade, and ran between two classrooms for the other two class parties.  Then it was home to prepare for the evening – finishing touches to the house decorations, including setting up our giant jumping spider, and getting dinner cooking for the guests we had coming over.  My reward was that after all of that hubbub of activity all day, my friend and I got to sit on the porch handing out treats while quaffing some deliciously cockle-warming Autumn apple cider sangria.  It was a wonderful, fun-filled day of festivities and friendship. 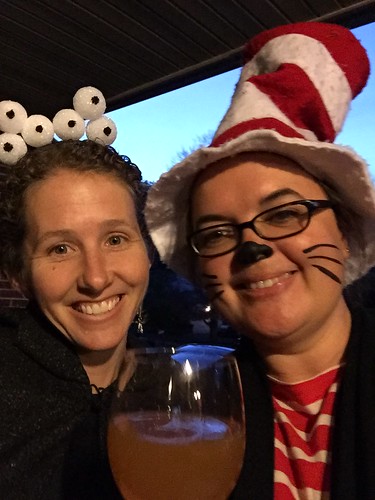 Costumes!  Halloween for my kids is more about the dressing up than it is about candy.  My oldest son was undecided as to whether to go trick or treating or not.  Ultimately he decided to accompany his brothers around the streets while wearing a super-creepy-gross mask but without earning any candy.  That was his compromise with himself.  My youngest dressed up as the Grim Reaper.  He changed his mind dozens of times about what he was going to dress up as and then ended up picking something quick and easy from a store shelf.  My 11 year old cobbled together his character and costume from various bits and pieces we already owned.  As soon as he saw the metallic red mask in a store, he knew he wanted to build a creepy character around it.  He spent all day being asked what he was dressed up as  but he didn’t care.  He just wanted to do his own thing. 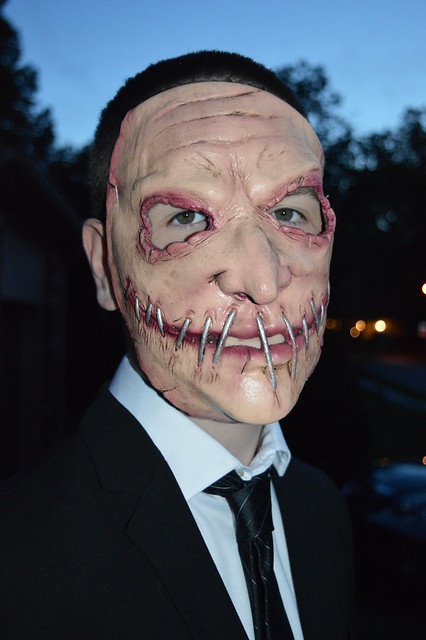 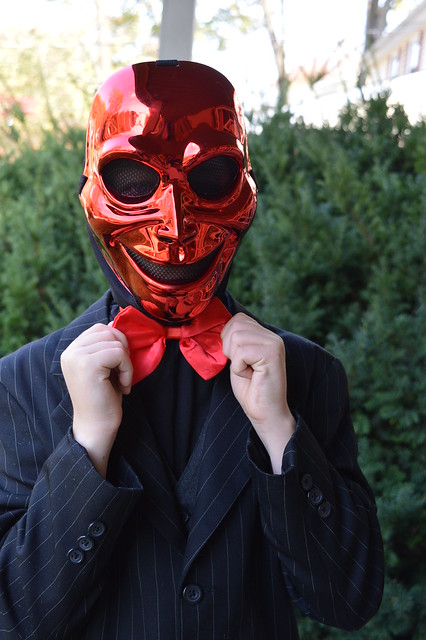 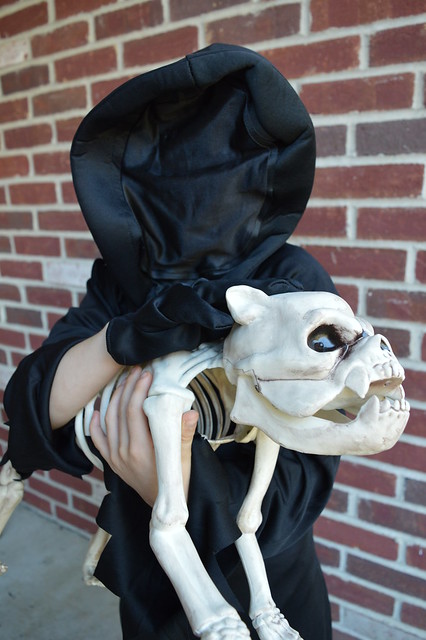 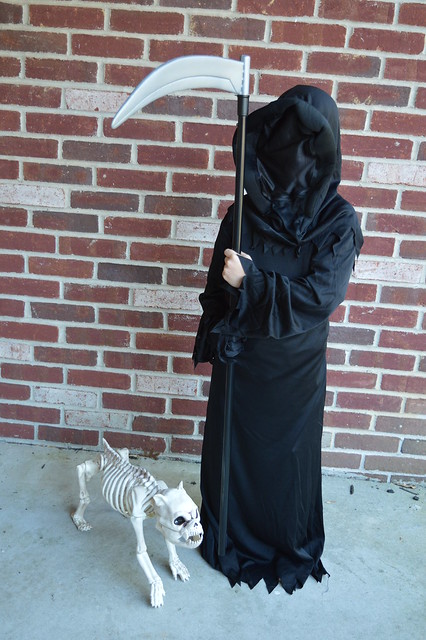 My 9 year old, meanwhile, had had his costume designed and planned for months.  He is into Steampunk so was determined to have a costume that worked with that aesthetic.  We spent a lot of time scouring thrift stores and crafting accessories, adapting shop bought items to make them work.  Probably a more crafty and capable parent would have been able to construct the whole costume in a matter of a couple of afternoons or evenings but, with my sewing skills and my lack of experience with jewellery making, it took me ages.  It was a labour of love for sure and I am adamant that he will be wearing this costume until I see fit. 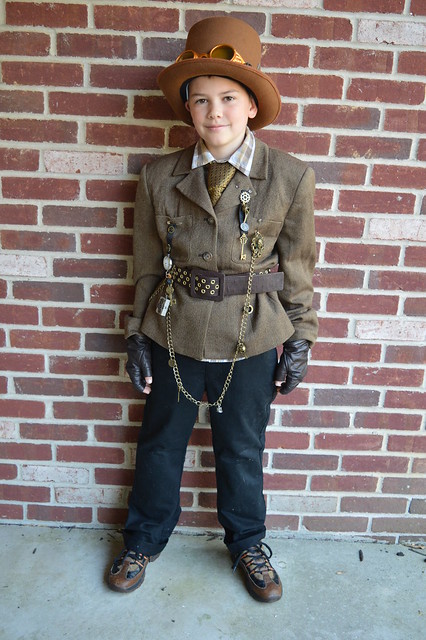 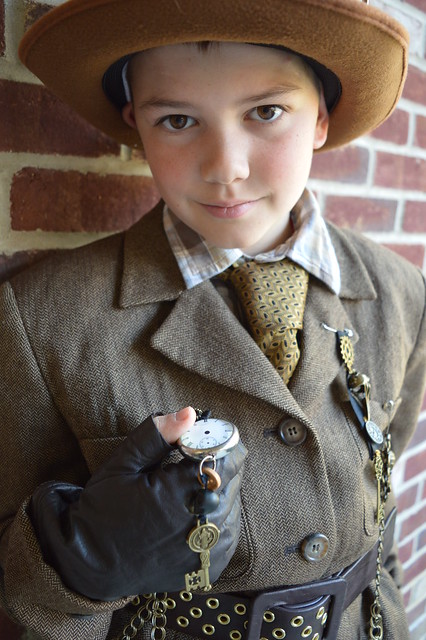 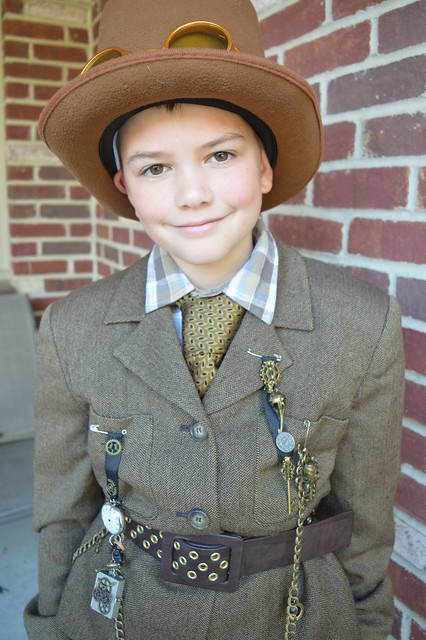