Our Labour Day weekend trip – our last hurrah of Summer break – was to the Shofuso Japanese Cultural Center.  It’s this little portion of Japan in the midst of Philadelphia.  It is also authentically Japanese as the buildings were built in Nagoya, using traditional materials and techniques, and were then transported to America.  I read that even the rocks in the garden were imported from Japan.  Originally, it was part of an exhibition in New York before being disassembled and reconstructed in Philadelphia.  It has been in Philly since the late 1950s.

We started our visit with the house.  We slipped off our shoes and entered the house in our socks.  It was everything you think about when you think about traditional Japanese architecture: elevated off the ground, connections between the interior and the exterior, between the man-made and the natural, verandas, lots of wood, sliding doors, and gently curved roofs.  There is something inherently relaxing about being in those spaces but I know myself well enough to know I could never actually live in such a space.  I am far too fond of objects to be capable of minimalism and maintaining clean lines.  And my pelvis is too wrecked to cope with floor sitting.  But I like to imagine I could live in such a space.  I especially loved the kitchen.  I feel like you learn a lot about a culture by looking at kitchens (and supermarkets actually) because so much of culture revolves around food.  My kids had zero patience for me reading the information about each room of the house but I insisted on reading all the detail about the kitchen.  It was pretty fascinating stuff.  I thought the little tea house would be the most intriguing and engaging part of the house but for me it was actually the kitchen. 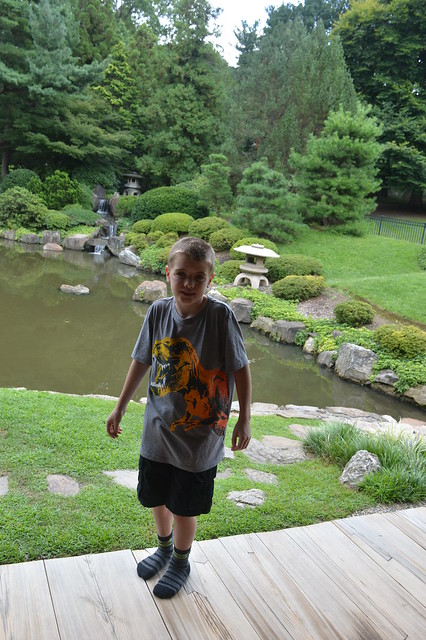 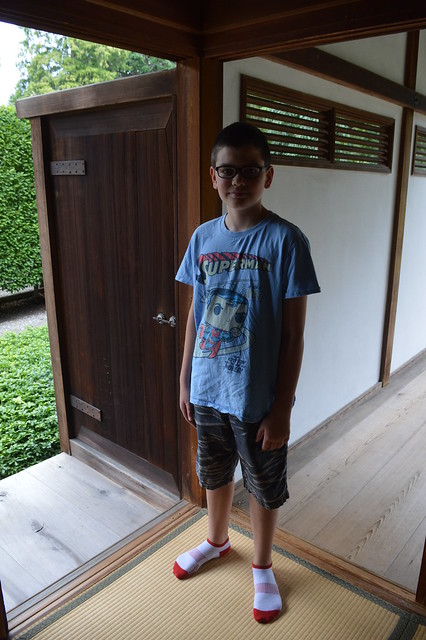 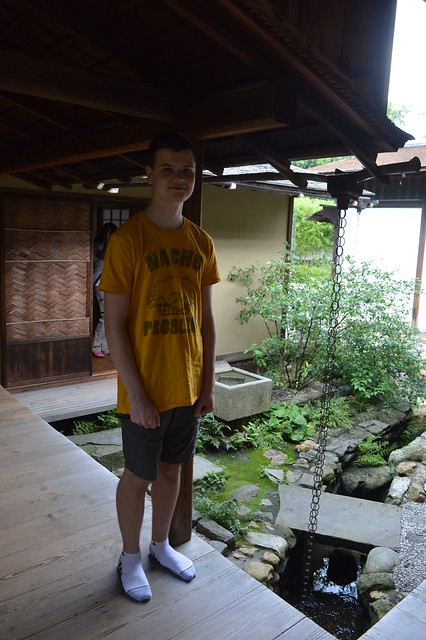 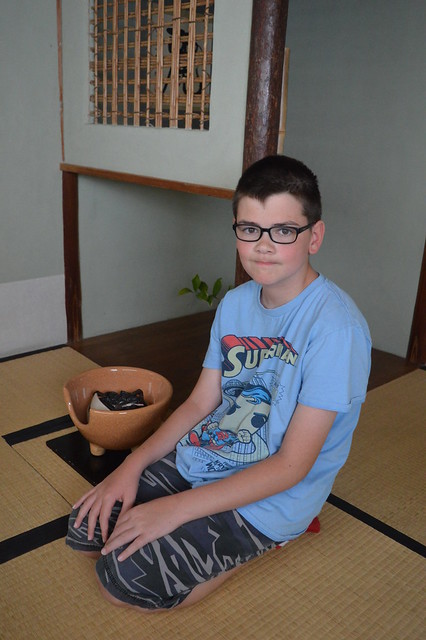 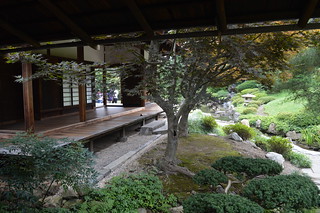 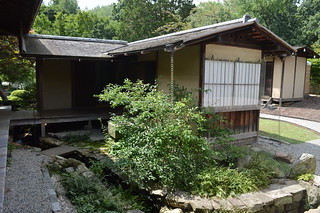 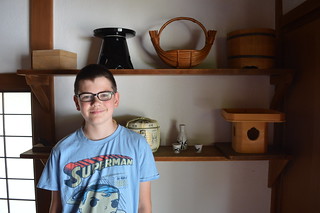 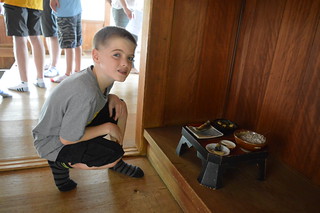 The garden surrounding the house was similarly gorgeous.  It is such an obvious and probably uninteresting thing to state but it was so green and so harmonious.  Apparently the landscaping was designed to echo 17th Century styles.  The boys absolutely loved the pond which was stocked with carp.  They had some fish food and, within seconds of throwing the first pellet into the water, there was a scrum of koi torpedoing towards them.  There was a line of them wiggling through the water from the bridge and making a beeline to the area where my kids were waiting to feed them.  Their dorsal fins cut through the surface of the water and created wakes.  I couldn’t help but hum the soundtrack from ‘Jaws’.  Despite the fact these carp must surely get so fed up of eating the same pellets all the time, there was a serious feeding frenzy. 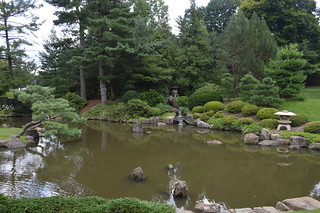 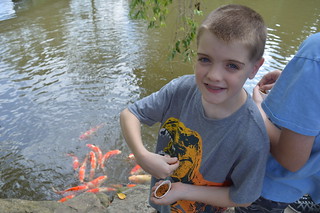 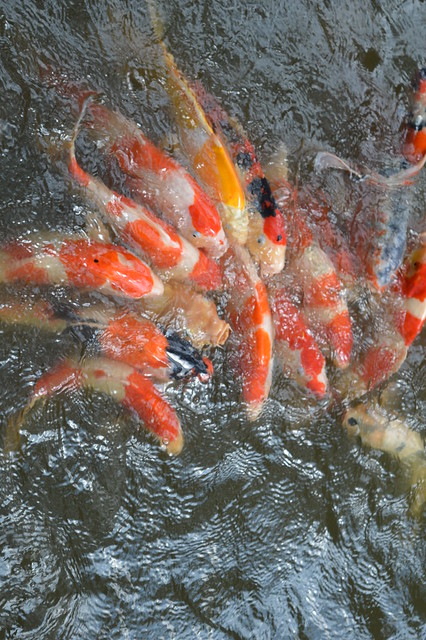 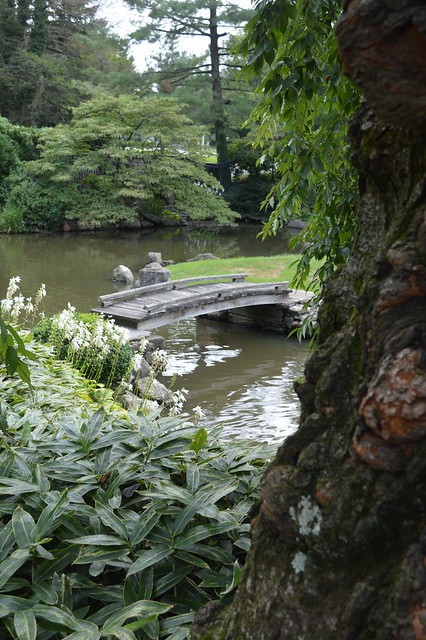 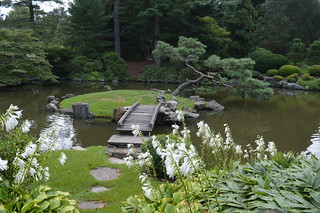 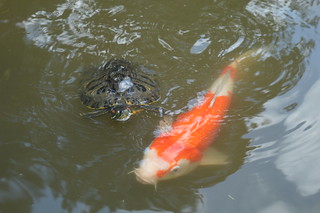 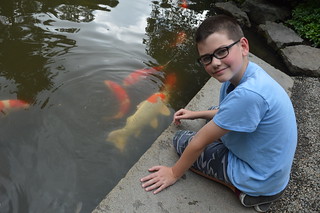 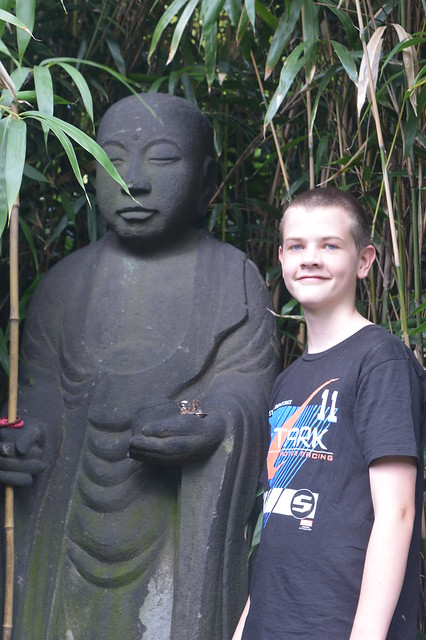 This is such a cliche that I initially resisted typing it out but the whole space really was so peaceful.  I could have chilled there for ages.  A good book and a glass of cold lemonade and it would have been so easy to just sit there for hours enjoying the garden.  But I had four kids with me who had run out of patience and wanted to get home to do their own thing for the final days of Summer so no chance of zen for me. 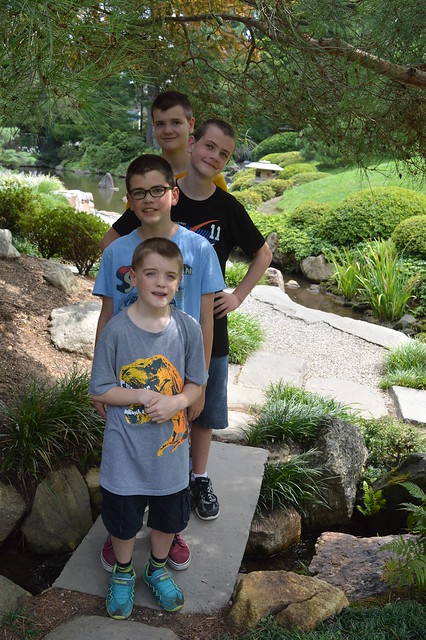