Between our tour of Ben & Jerry’s and all of our edible tourism later in the day, we went for a hike in Little River State Park.  We all like to wander in the wilderness and I love ghost towns so our aim was to do the history trail that took us around the abandoned farming community of Ricker basin.  What I had not planned for, when proposing this hike, was the weather and the elevation of the trail.  We arrived at the State Park in absolutely torrential rain.  Even the park officers looked at us like we were loopy.  They also revealed to us that the trail should take us a few hours.  This did not compute with me, even as I looked at the map, but that was because I had not comprehended that the hike was going to be so steep and, at points, difficult underfoot.  I did that thing of assuming the park folks were basing their estimation on a slow pace of walking instead of asking about the topography so we committed to the trek and off we went.

Thankfully, the rain eased up and then stopped entirely early on in our trail.  The mud underfoot was still something we had to contend with and the intense humidity brought with it mosquitoes and other biting minibeasts galore but we were thankful at least to not be battling through rain.  One of the reasons Ricker Basin was abandoned was because of flooding.  It experienced two awful floods in 1927 and 1934, the first of which killed 55 people.  The second flood inspired the construction of a dam and led to a declining population.  Until then, however, the area had been farmed by a number of families for a century. 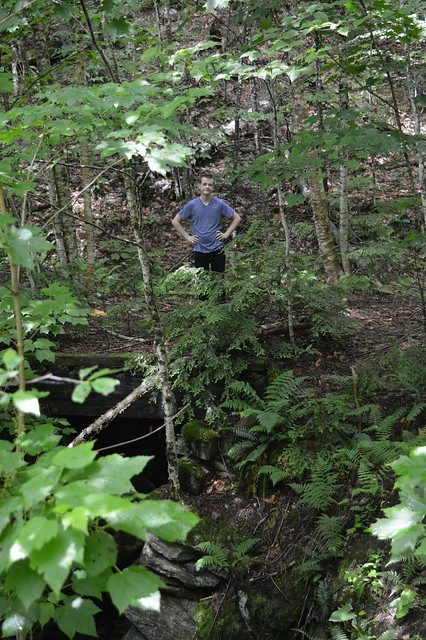 As we trudged past the remnants of farmhouses and buildings, it seemed incredible to me that people had ever lived here.  The terrain was really pretty steep.  It was little wonder that they were largely subsistence farmers because trudging back and forth to market would have been quite the task.  Even before that, however, it must have been a massive undertaking to clear the land and prepare the ground for agriculture.  In the years since its abandonment, nature had almost completely engulfed all signs of human habitation.  There were trees everywhere.  There must have been even more dense woodland back when Mr Ricker first bought the land and started endeavouring to clear it.  These were definitely hardy people. 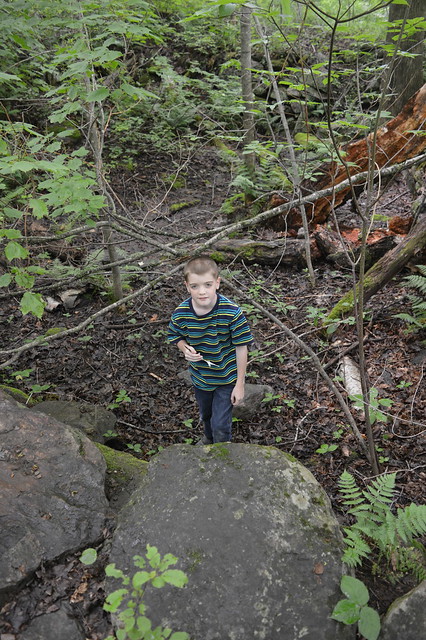 One building is still standing but otherwise nothing remains of the buildings except for foundations and the occasional basement.  In addition to the farms, there was also a school house, and a couple of cemeteries.  At one of the cemeteries, I learned that the family who owned the plot had planted trees around its borders, one for every member of the family, planting another when someone married into the family, so that each individual had a tree available for cutting down and turning into a coffin when they died.  As morbid as it seems to have a coffin tree planted to commemorate your birth or wedding, I actually found myself admiring the pragmatism and forward planning of the scheme.  Circle of Life and all that.  As we walked – and it was a whole lot of walking, our phones logging almost 15,000 steps – we would occasionally stumble across a little fragment of metal.  Previous hikers had started a tradition of gathering artefacts found on or near the paths into collections in specific sites so we picked up what we found and added the items – including a bolt and a bed spring – to gatherings of other finds lined up on walls. 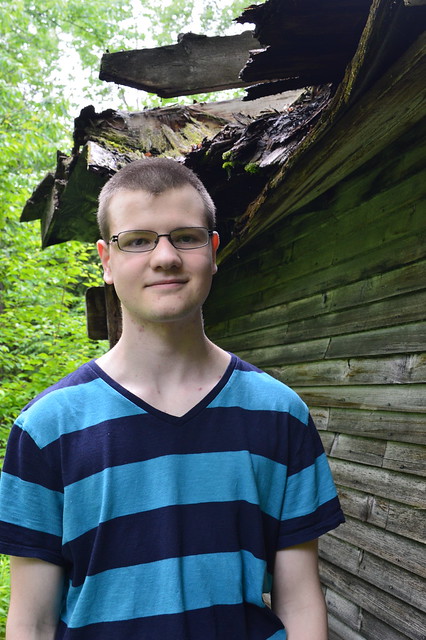 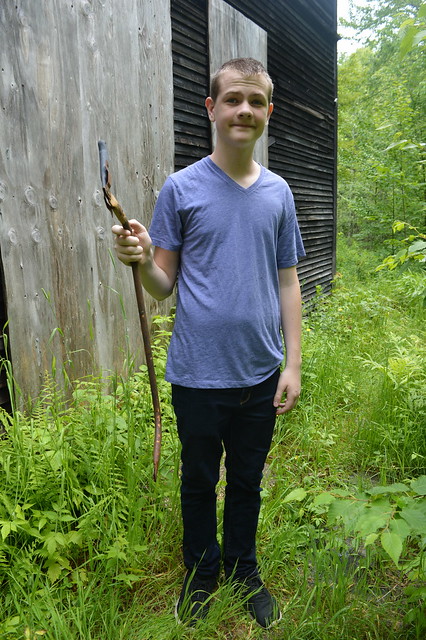 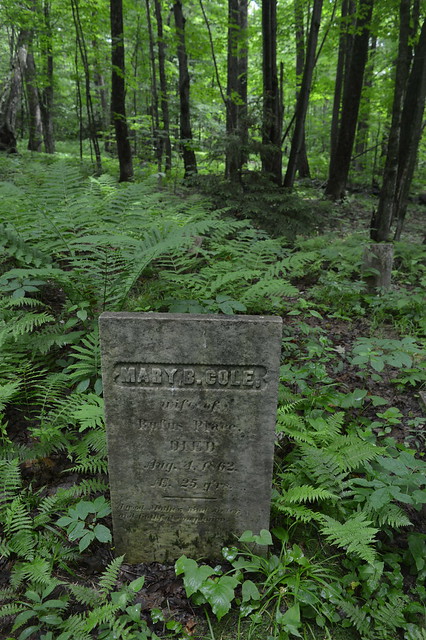 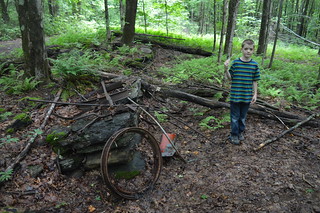 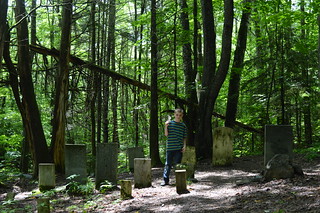 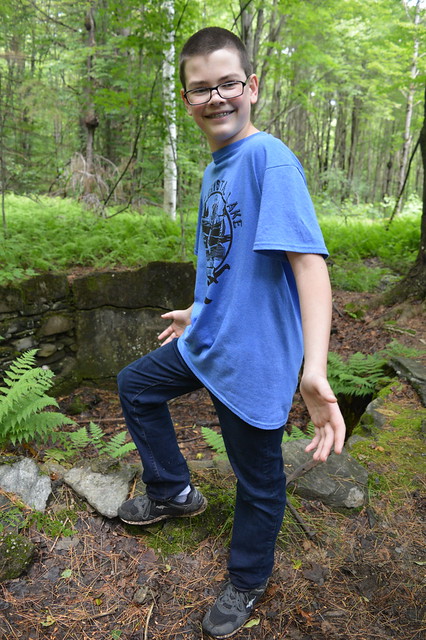 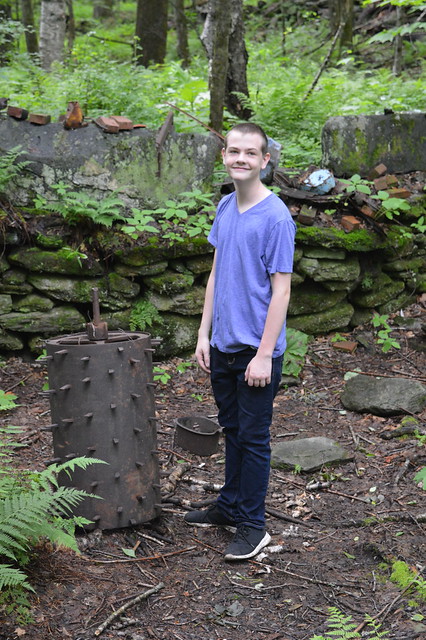 It was a really enjoyable walk that reminded me a lot of some of our favourite treks in Argyll.  It mercifully did not take us the four or five hours the park rangers had predicted but it did take us a great deal more time and energy than I had anticipated.  Thankfully all the little spots of human habitation kept all of us – especially the children – engaged.  We definitely earned our calorie intake that day. 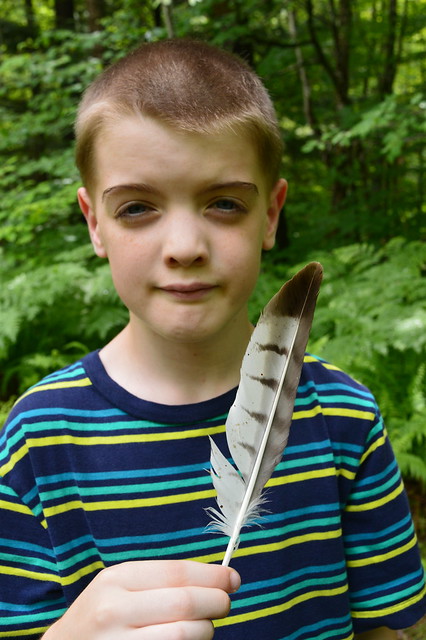