From when my kids were wee, I have been organising homeschool style summer projects for my kids.  It keeps them occupied and stimulated and it creates structure to our stay-at-home days.  Of course, because we were back in Britain for almost all of July, I have been late starting the project and think it may extend beyond the summer break.  This Summer we are working on a basic History of Art course intended to give the kids an overview of some of the most important artists throughout history representing diverse eras of history, styles, media and art movements.  The kids and I will then be inspired to create a work of art influenced by what we have just learned.

We started with Cave Art – because I thought history should start with prehistory – and began by looking online at some famous examples of prehistoric cave painting.  We discussed the elements these cave paintings had in common – pigments, frequent depiction of animals – and the children were asked to offer theories as to why early humans might have created this art.  Their ideas ranged from the paintings operating a some sort of instructional manual (“These are the animals you can hunt locally”), to a celebration of successful hunts, to a compulsion to just be creative.

Lunch that day was a rotisserie chicken that the kids could rip apart and munch just like cavemen.  It wasn’t quite as exciting as a mammoth but they enjoyed the novelty of being allowed to rip into food and eat with their hands.  I think they might have made good neanderthals. 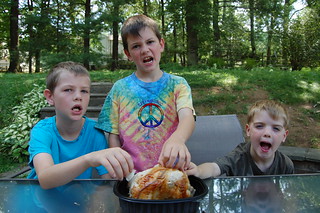 When it came time to create our art, we split into two camps: my oldest son and I decided to focus on materials so we worked in charcoal and pastel; the younger three decided to draw on paper bags which represented the cave walls.

My 6 year old drew a caveman getting ready to go off hunting, spear in hand. 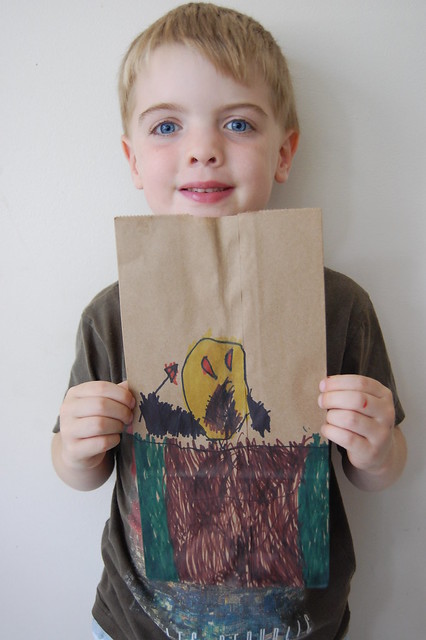 My 12 year old drew a hunt taking place on the water.  Who knew that neanderthals hunted and ate narwhals? 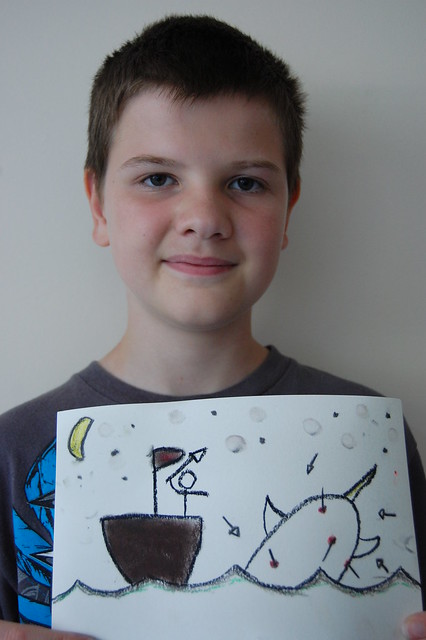 My 8 year old drew a trio of penguins riding on the back of a mammoth in order to hunt down a caveman.  Gloriously random. 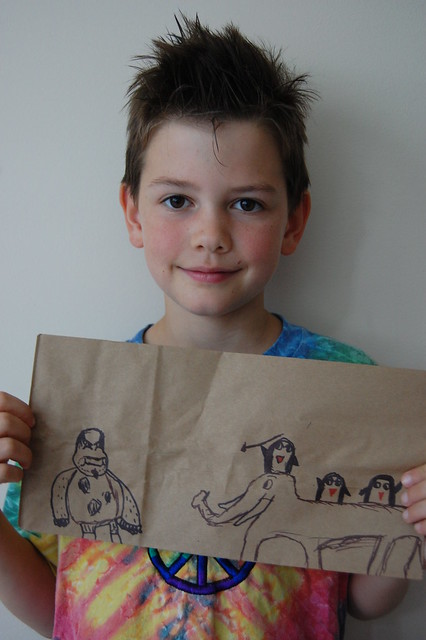 My 9 year old had liked the way cave paintings depicted humans as little stick figures so he adopted that in his drawing of a mammoth hunt. 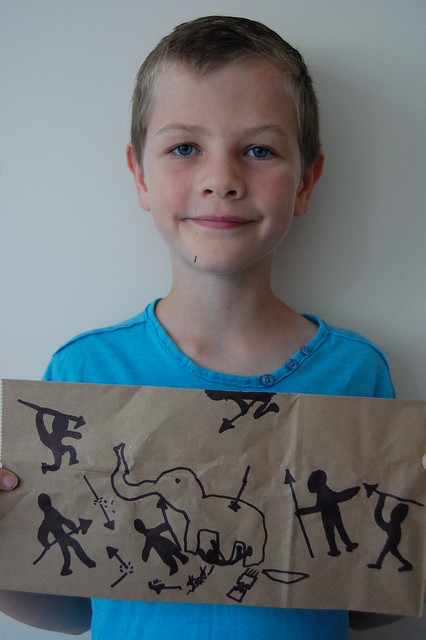 I decided to work in my art journal.  I created a background using pastels and then asked which extinct animal I should draw.  My 8 year old said unicorn.  We all laughed but I decided to draw a unicorn anyway.  To keep my drawing simple, I used the charcoal in my non-dominant hand. 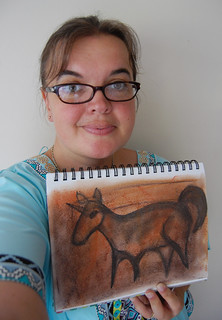 I am tying my 100 Crazy Critters art challenge into this History of Art Project so if you want to see my Cave Art Bunny you can hope over to my art blog, Pict Ink, to have a squizz.