Followers of this blog will know that both Mr Pict and I have a keen interest in history.  Mr Pict, however, is really into military history which is not really my bag unless it intersects with family history or social history.  My husband is very much an American Civil War nerd but his next favourite period of military history is the Second World War.  He was, therefore, really keen to go along to an event in Reading that focused on that particular conflict and, since I like to go on jaunts and have new experiences, I decided to accompany him and our youngest son. 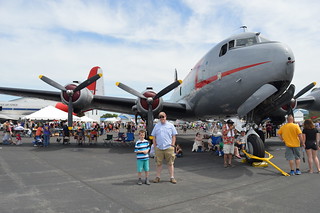 It’s a massive event.  It takes place over a whole weekend, though we only went for a day, and covers a huge area.  We were absolutely staggered by the number of people who were in attendance.  There were umpteen parking lots to accommodate all of the visitors’ cars and multiple school buses taxiing people from those lots to the actual airfield that was hosting the event.  That place absorbed a heck of a lot of people without it ever feeling ridiculously crowded – though there were exceedingly long lines for portaloos – and I was impressed with how organised the staff were at keeping people flowing. 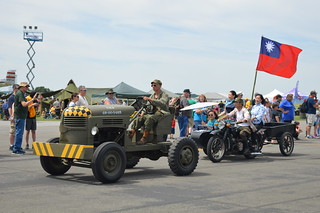 Given it was being accommodated at an airfield, the event was especially focused on the airshow element and there were vintage planes galore.  I know nothing about planes and even less than that about vintage planes but Mr Pict was excited.  We had a gander at a lot of planes that were being exhibited at ground level, watched a reenactment of a dog fight, and watched planes doing aerial stunts.  The highlight of my husband’s day was seeing a Mitsubishi Zero, which apparently was the fastest propellor plane (if I was paying attention to what I was told). 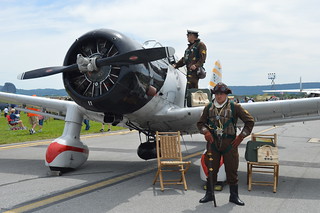 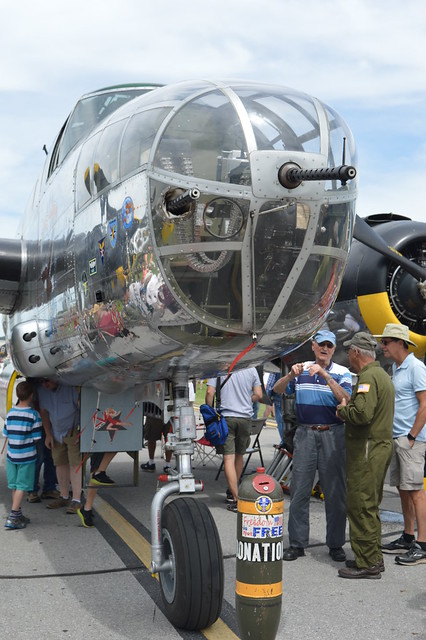 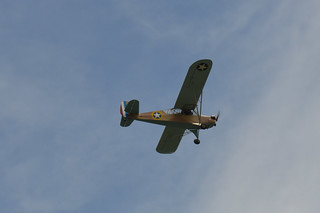 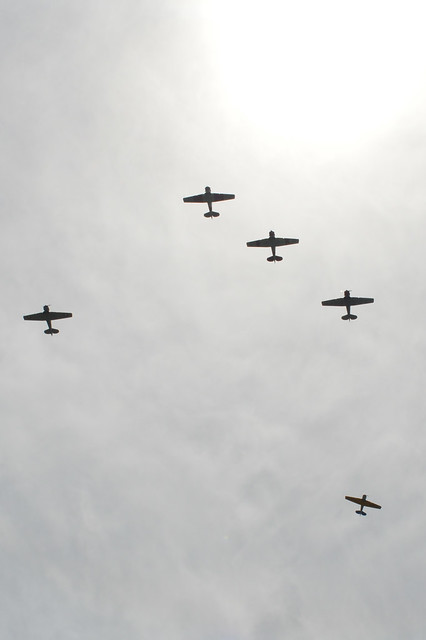 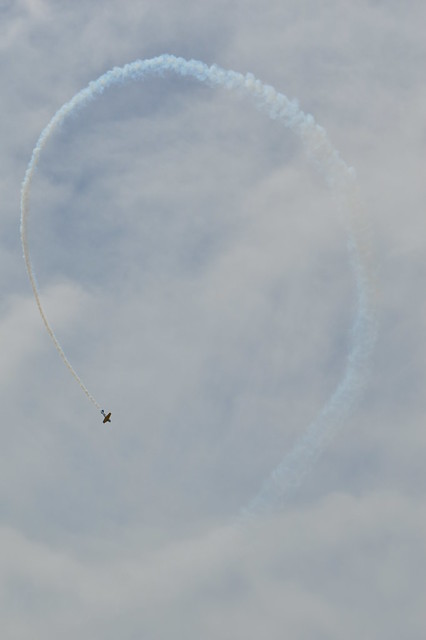 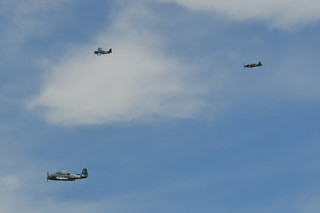 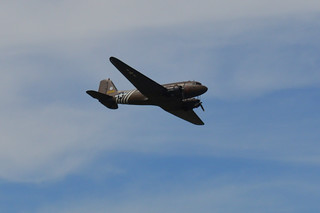 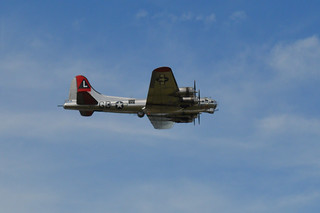 The other thing there were a lot of were reenactors.  For obvious reasons, the majority of people chose to depict American military personnel but there were also some Brits, a smattering of Poles, some Japanese pilots, a smattering of Russians, and a surprising number of Germans.  I observed that the latter had by far the most immaculate uniforms and best posture.  The reenactors were really into the details too and I enjoyed looking at all of the vignettes they had created in their camps and the still lifes of vintage objects they had curated.  I guess I like those little human details and the creativity because, goodness knows, the vehicles, weapons, and military paraphernalia don’t do it for me. 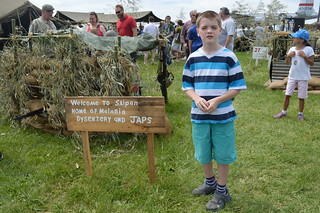 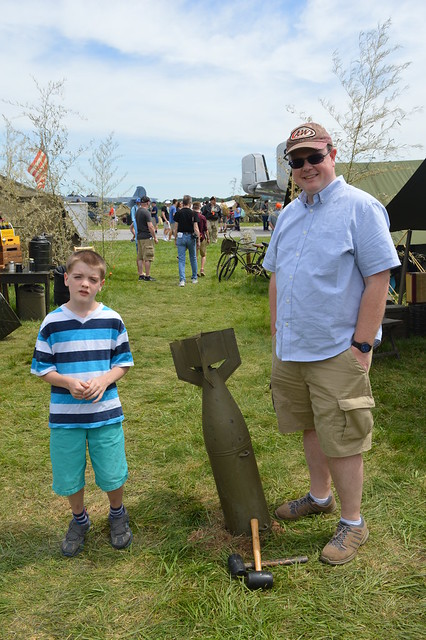 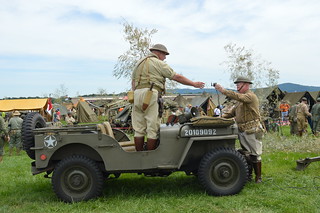 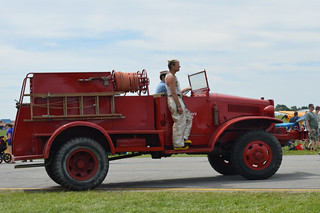 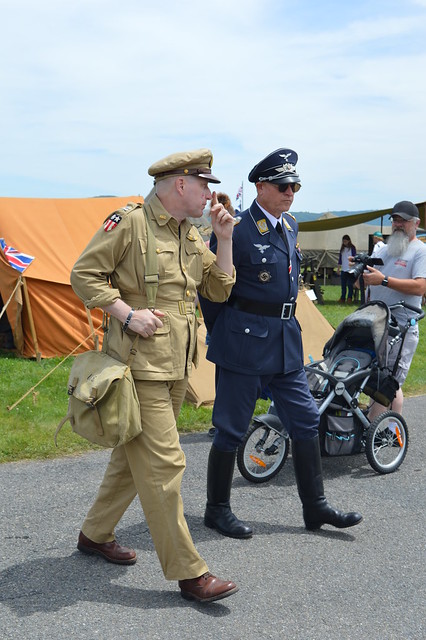 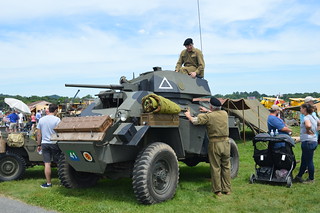 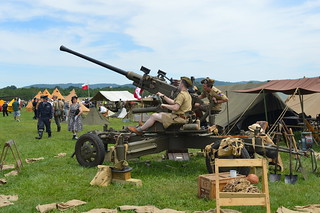 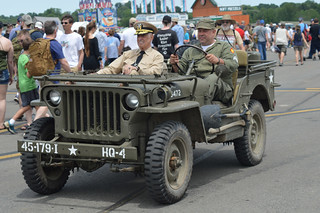 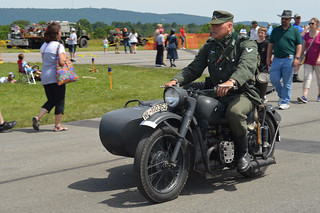 There was a fun Home Front section housed in one of the hangars.  Part had been turned into a movie theatre that was showing old newsreels and cartoons.  We didn’t catch any of those but we did sit in some shade to take in one of the radio show performances which happened to be a couple of singers.  There was also the recreation of a 1940s American sitting room, a group who were putting women’s hair up into “victory rolls”, and a candy store.  From the latter, we bought a fresh lemon that had a lemon candy straw poked into it.  It was deliciously refreshing. 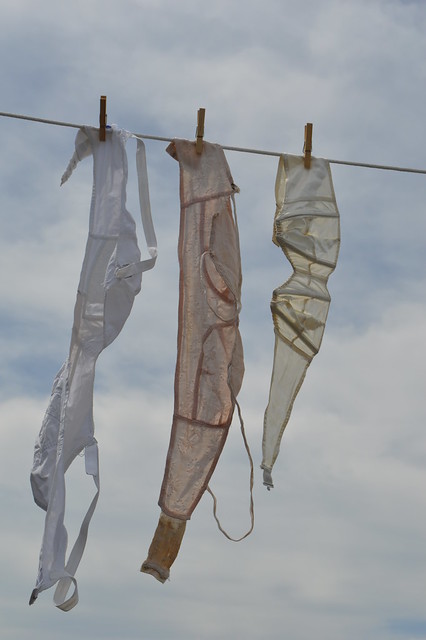 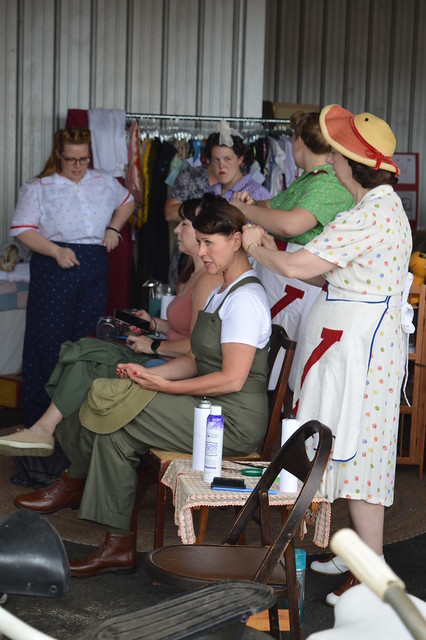 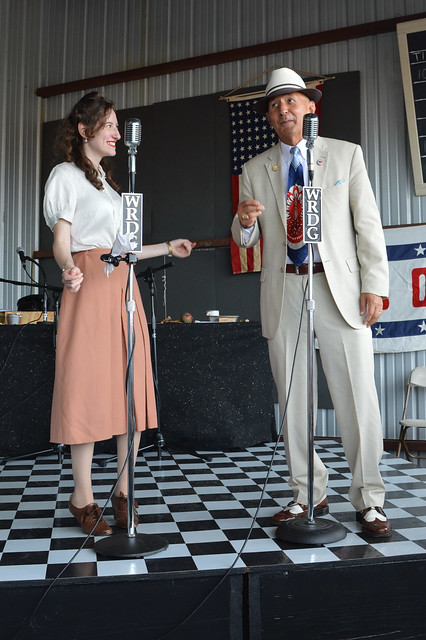 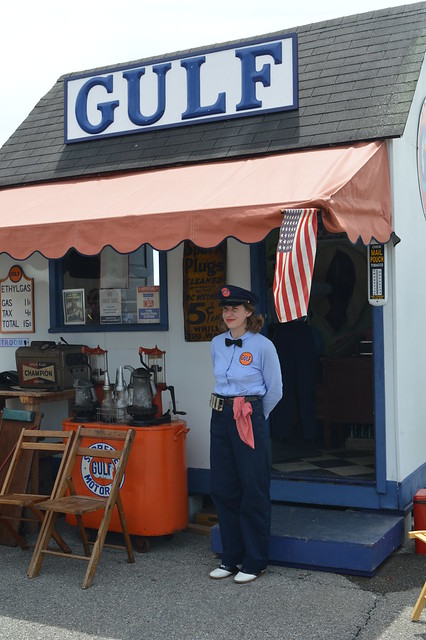 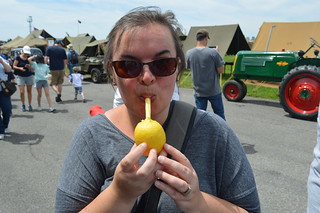 We watched a reenactment of a skirmish between the Germans and the Allies in a French village.  I was amused by the incongruity of a bunch of blokes in German military uniforms standing around and chatting in front of a fleet of yellow school buses.  When they got going, however, the action was very well choreographed and the volume of the artillery noise was pretty arresting.  I could feel the vibrations in my sternum.  The smoke and noise and crowds was a bit too much sensory overload for our ten year old so we skedaddled from there to the flea market section where a bit of retail therapy (even in the form of “window shopping”) got him recalibrated. 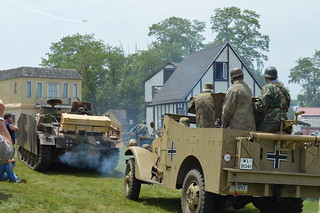 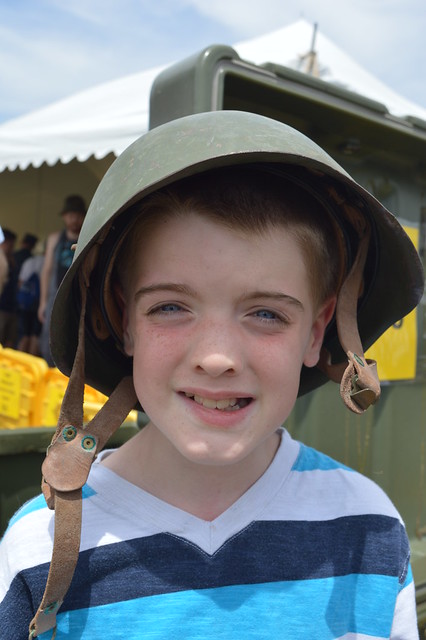 We somehow managed to spend four hours there despite the fact we were getting toasted by the blazing sunshine and the fact that 2/3 of us were not that engrossed by the subject.  I thought the whole event was very polished and there was clearly a lot to do and engage with if World War II history is your thing so it was definitely worth doing.  It was an enjoyable day out and I was glad I tagged along.  I don’t have a need to repeat the experience but I can definitely envisage my husband making a return visit. 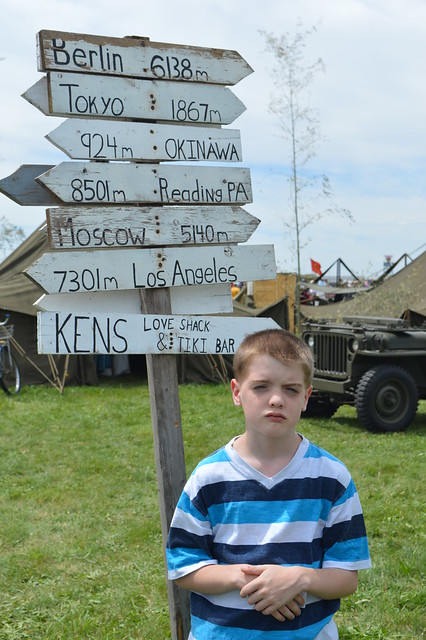