Everyone was hungry after the Musee de la Civilisation so we had a wander through the streets around the Place Royale, past Notre Dame des Victoires, in search of a snack.  Beaver tails are a Canadian snack that none of us had ever had before so we opted for those.  Beaver tails are a sort of doughnut-like pastry formed into the approximate shape of – you’ve guessed it – a beaver tail on which various toppings can be added.  The place we stopped into provided roughly a dozen options for toppings.  I believe cinnamon sugar is the traditional topping but we went for hazelnut spread and banana, some sort of cheesecake type confection, and an Oreo inspired spread.  Travelling on our stomachs again! 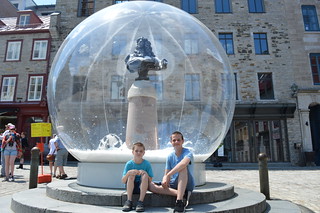 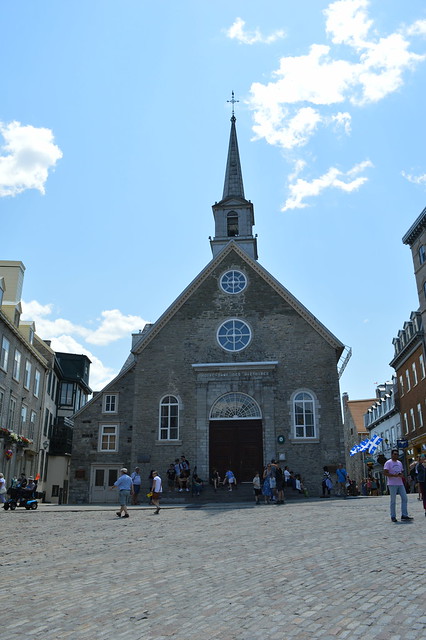 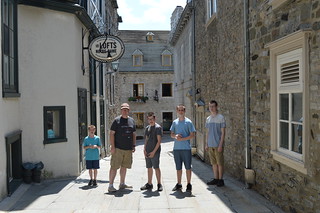 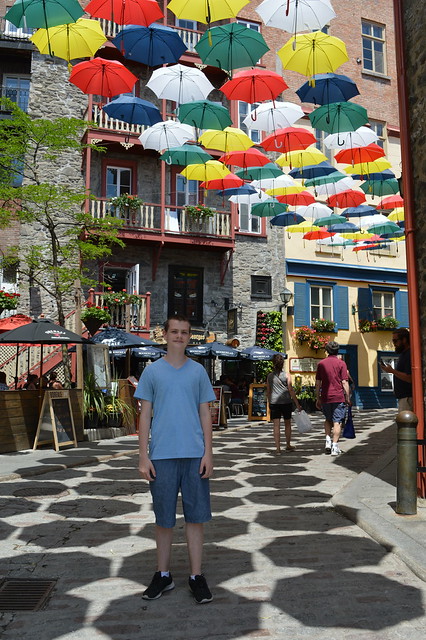 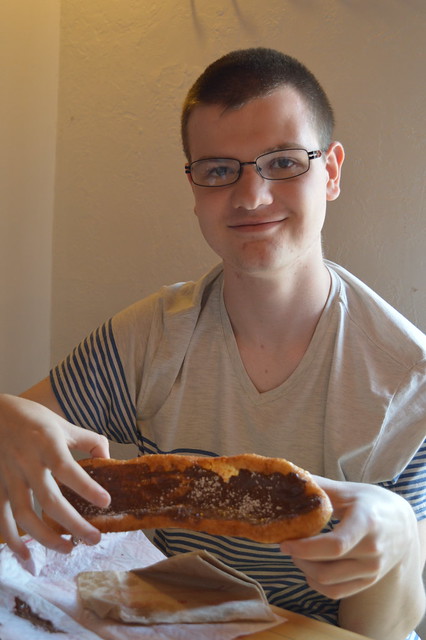 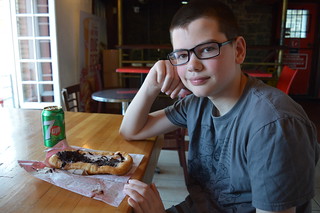 Replenished we decided to walk up to the Plains of Abraham.  This is the site of the 1759 battle in the French and Indian War that killed the commanders of both sides, Wolfe and Montcalm.  We knew we could not visit the citadel there due to a staff strike but we had hoped to wander around the exterior.  Unfortunately, no matter what route we took, we were thwarted by construction work.  As the kids were increasingly frustrated and disenchanted by the plan, we decided to abandon the mission. 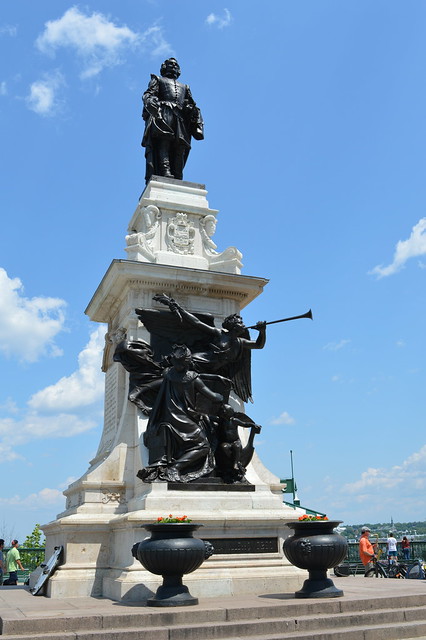 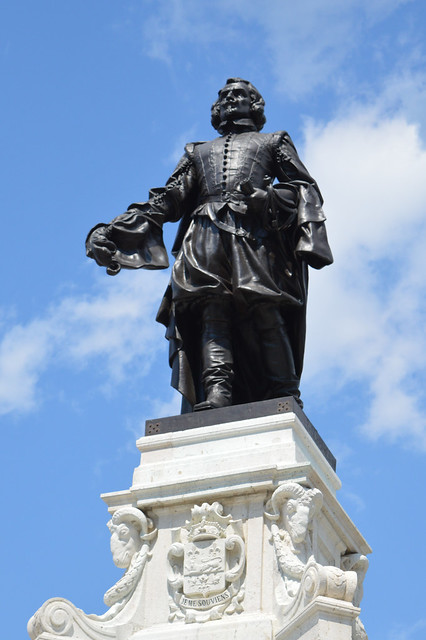 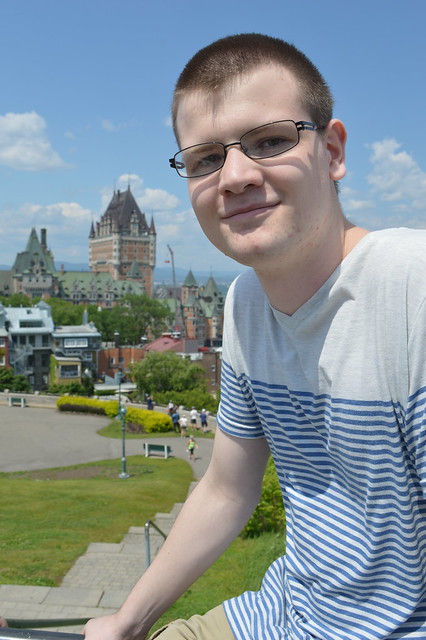 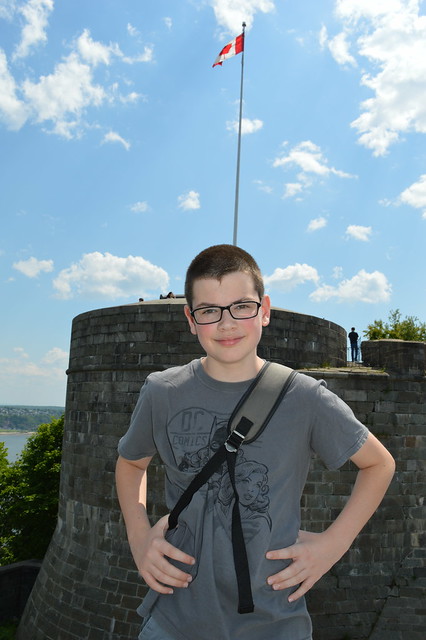 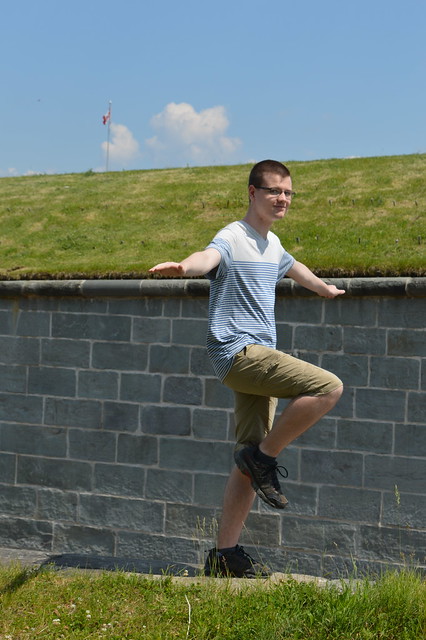 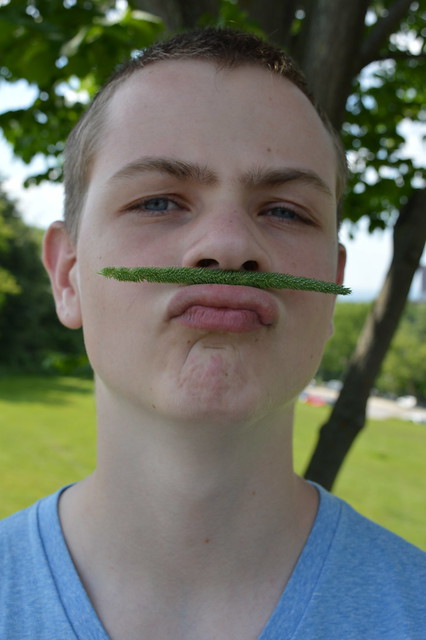 I, therefore, led everyone to see something I wanted them to see which was the Notre Dame Basilica.  I have a thing for ecclesiastical architecture that the other Picts do not share.  They, therefore, enjoyed a rest in the pews while my 13 year old was kind enough to accompany me around the building.  The specific purpose of my mission was to see the Holy Door.  It was installed in 2014 so I had not seen it on my previous visit.  Unfortunately, construction again thwarted my plans and I could not get anywhere near the door.  Why, Quebec?  Why?  Still, the interior of the church is lovely and I think we all appreciated the chance to get out of the blazing sun. 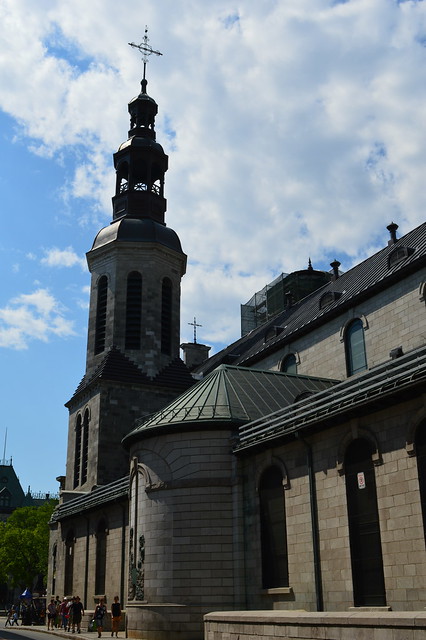 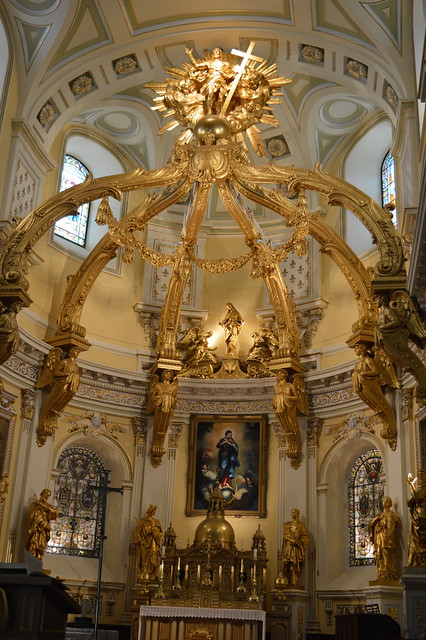 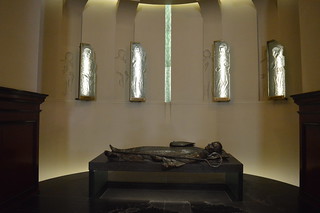 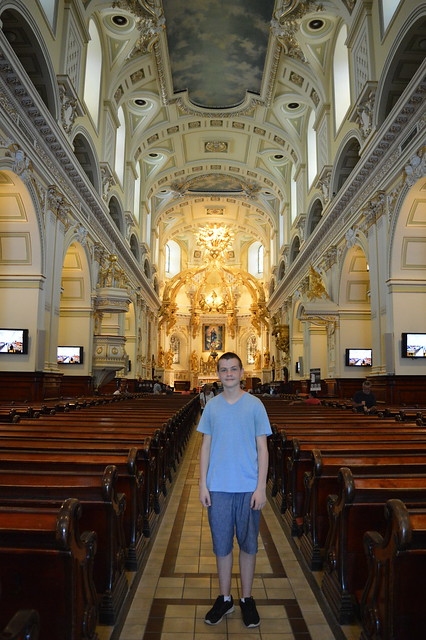 We ate dinner that evening in the Place Royale.  We selected an Italian restaurant because it had an outdoor dining area that enabled us to enjoy the surrounding architecture and people watch.  The food was decidedly off-theme but it was nevertheless delicious.  The bonus was that, walking back to the apartment, there were finally no crowds in front of the Fresque des Quebecois.  It is a mural painted on the gable end of a multistorey building so it has a sort of trompe l’oeil quality to it.  It tells the story of Quebec’s history and is richly detailed.  I like street art so I was very pleased to have an opportunity to view it without scores of people milling around in front of it. 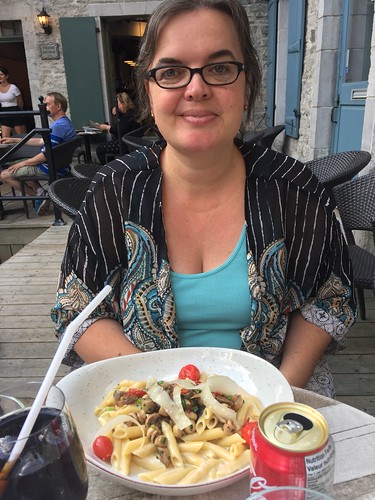 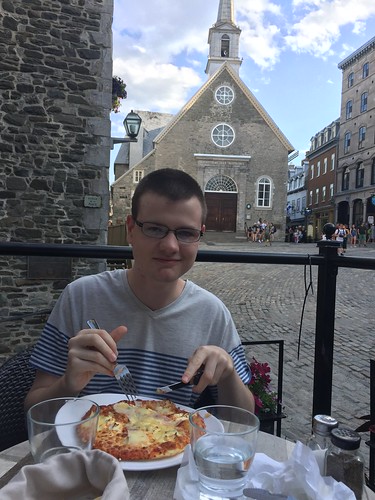 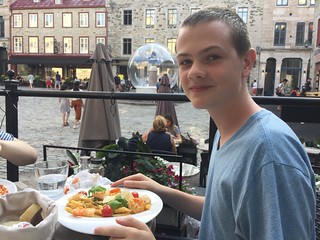 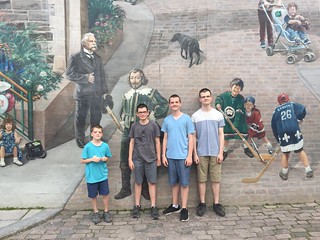 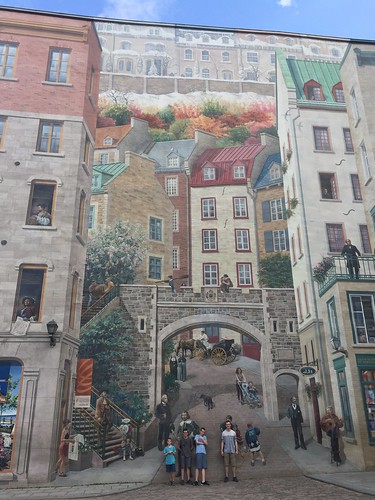