We had other plans for this weekend but between the murk and cold and my aches and pains, we decided at last minute to jettison them for something else.  We decided to go and explore Peddler’s Village because it afforded us a comfortable balance between fresh air and bursts of time spent indoors.

Peddler’s Village is essentially a shopping centre but one laid out like a small village rather than a strip mall.  The architecture is interesting and harks back to a bygone era and rural idyll but is, of course, completely faux.  I found it to be quaint and quiet and certainly preferable to the atmosphere of the average shopping mall.  It also presented us with the opportunity to pootle around in some independent retail stores as opposed to the same old chains. 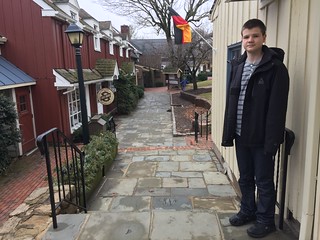 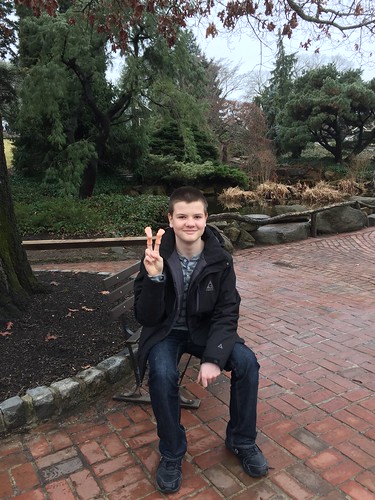 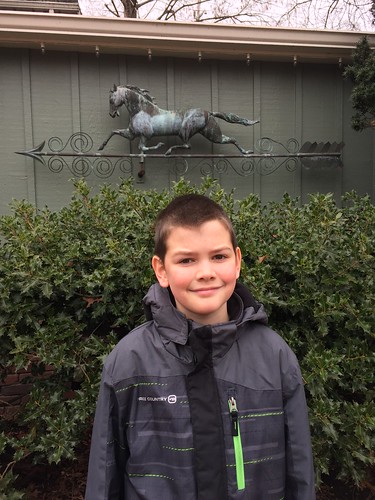 The first of these we visited was a cheese shop which tells you a lot about our family’s priorities.  I may be lactose intolerant but I am also an unrepentant cheesaholic.  I have given up all other forms of dairy except for cheese and clotted cream.  I take the hit of physical pain over the emotional pain of a life without cheese.  The cheese shop offered a wonderful array of delicious cheeses.  We all nibbled on samples and pressed our noses against the glass of the display case.  Imported and artisan cheeses aren’t cheap here in the US so we had to exercise self-restraint and limit ourselves to two wedges of cheese.  In the end we chose some Port Salut for reasons of nostalgia and a wonderfully tangy, mature cheddar that had been marinated and aged in balsamic vinegar.  On the subject of vinegars, the shop also sold bottles of infused olive oils and balsamic vinegars.  I absolutely adored an orange and cranberry vinegar and even more so an amazing pomegranate infused one but I managed to leave the store without making a further purchase. 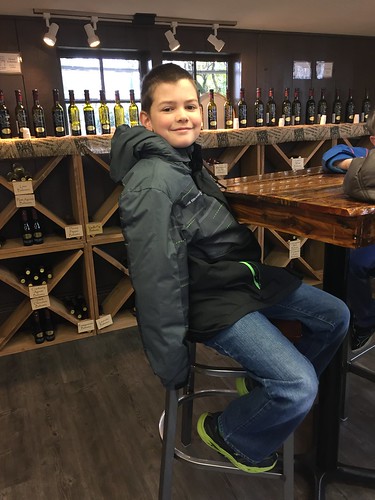 The boys particularly enjoyed a store filled with geeky t-shirts and accessories and a toy store.  They spent ages in the toy store because it contained lots of items they had never seen in a chain toy store, despite the fact that most of those items were for a younger age group than them.  We also took them into an arcade where they enjoyed clambering on pieces of equipment and watching graphics.  Two of them decided to spend some money on playing a game but otherwise they weren’t really into it.  I have always hated arcades but Mr Pict has many happy childhood memories of playing in them.  Our sons seem to fall somewhere between our attitudes. 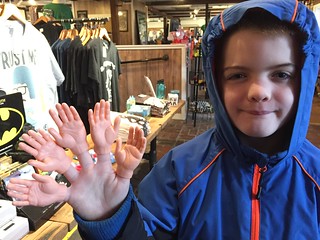 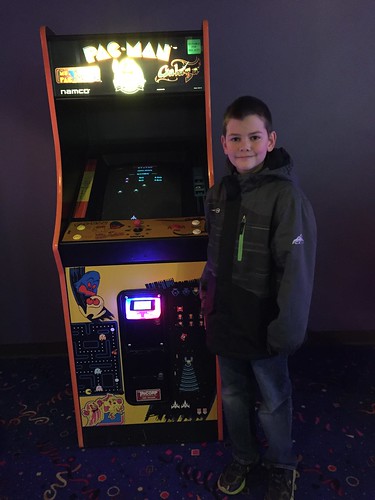 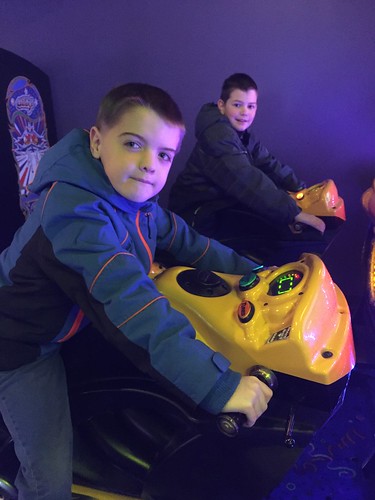 There were lots of stores selling ceramics, housewares, a very tempting glassware shop, purveyors of jewellery and clothes.  I am not much of a shopper but I probably would have had more of a nose around in more stores had I not had the boys in tow.  Since there was nothing I needed or was looking for, I opted out of the stress and worry of taking kids into stores or listening to their whines as they were forced to wait outside for me, especially since by this juncture the boys were growing “hangry”. 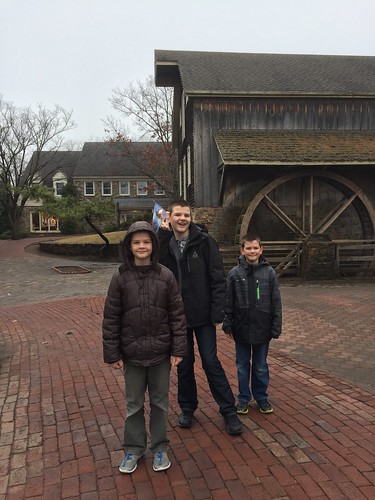 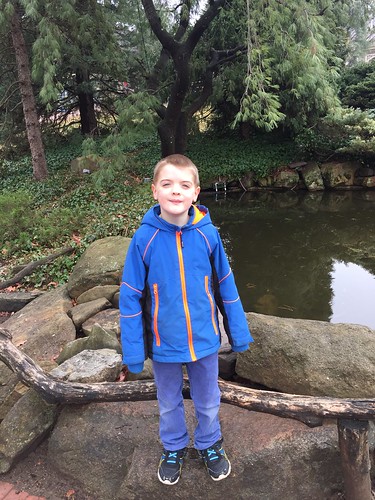 We left Peddler’s Village and crossed the river into New Jersey.  It had been ages since we had visited New Hope and Lambertville and we had never eaten there – discounting doughnuts and ice cream.  We choose to eat in the Lambertville Station and happily, despite being a party of six, there was only a brief wait for a table despite the place being very busy.  As its name suggests, the restaurant is a converted train station.  It’s interior was lovely with lots of wood and brass.  The Maitre’ d’s desk was what looked to be the old ticket booth.  We were seated in the area that had once been the platform which gave us a view over the canal and the streets outside.  The atmosphere was lovely, the staff were attentive, and the food was delicious. 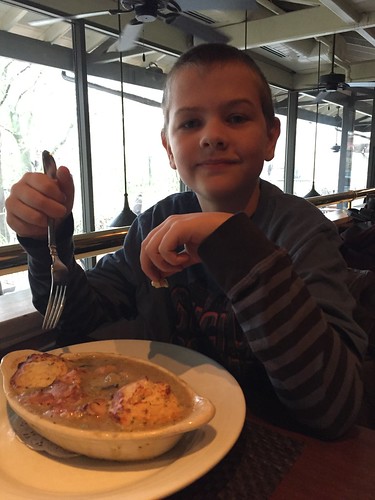 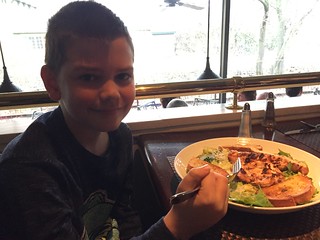 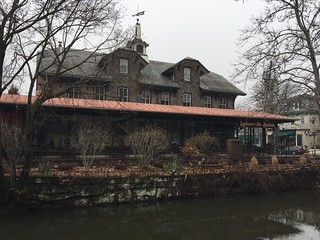 Since we were all stuffed full, we decided to get a spot of fresh air before getting back into the car and heading home.  We thought the boys would just have a bit of a wander on the shore line, watching the ducks and geese, but in the end they were there for ages, making up some game to entertain themselves, and we had to drag them into the car.  So the day might not have been remotely what we had planned but it was still a success. 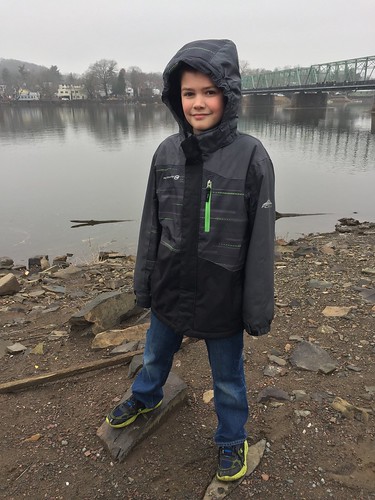 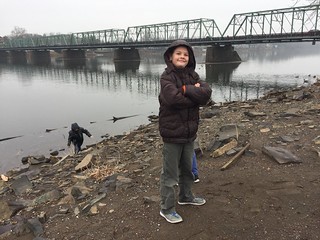 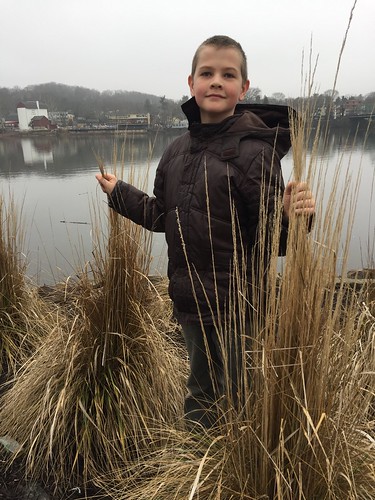