We crossed the border between England and Scotland in order to go and spend some time with my family in Fife.  My parents came out to stay with us last July but I had not seen my siblings or their kids since we emigrated almost two years ago.  Thankfully tools like Skype and Facebook have shrunk the Atlantic.

One of the first places we headed out to was Falkland, a short drive from my home town.  It has been one of my favourite spots since I was a tiny wee person.  I have fond memories of visiting the palace, playing in its gardens, of climbing the Lomond hills, of wandering through the woods of the estate and of my Gran taking me to have a tea of scones with cream and jam.  In my mid-teens, I did some work experience in the Palace, taking visitors on tours.  There was a goat on one of the tapestries that used to freak me out when I was wandering around the building solo.  In 2012, when the Pict clan were holidaying in Fife from Argyll, we actually rented a gorgeous little white cottage next door to the Palace as the base for our explorations.  As I said, I have lots of fond memories of Falkland.

The whole village layout revolves around Falkland Palace.  It was built in the 1500s by James IV, on the site of a previous Castle and hunting lodge.  It is a striking Renaissance Palace, well worth visiting for its wonderful architecture, beautiful rooms and its rich history.  Under James V, the gardens were developed and a Royal Tennis Court was installed.  Those courts are one of the Palace’s main claims to fame as it is the oldest in Britain. The Palace was occupied by Oliver Cromwell’s troops and it was during that time that a fire broke out which completely destroyed the East Range.  That section was never rebuilt, remaining a ruin open to the elements.  The rest of the building was restored in the 19th Century.  The Palace’s other main claim to fame is that it was there in 1542 that James V died thus making his very newborn daughter the reigning monarch.  Said daughter was, of course, Mary Queen of Scots. 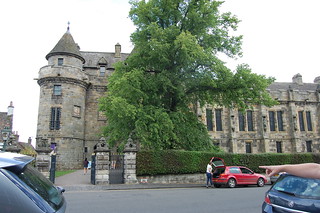 I had taken my kids for an extensive tour of Falkland Palace and Gardens when we had visited Fife in 2012 so we did not visit this time.  Instead we decided – we being the Picts, my mother, my sisters and three of my nephews – to go for a walk around the woodland that once formed part of the royal hunting estate.

The boys all had a grand time running wild through the woods.  They threw “sticky willies”* at each other, climbed trees, hurtled athletically over puddles, turned twigs, branches and pine cones into weapons, and spent time watching a herd of cattle pee and poop.  An awful lot of time was, in fact, spent spectating the bodily functions of cows.  Boys.  We also stumbled upon an area where local school children, undertaking their Forest Schools education, had constructed various shelters out of branches and leaves.  All seven boys had great fun playing in and around those structures plus clambering over fallen trees and sliding down their mud-plastered roots. 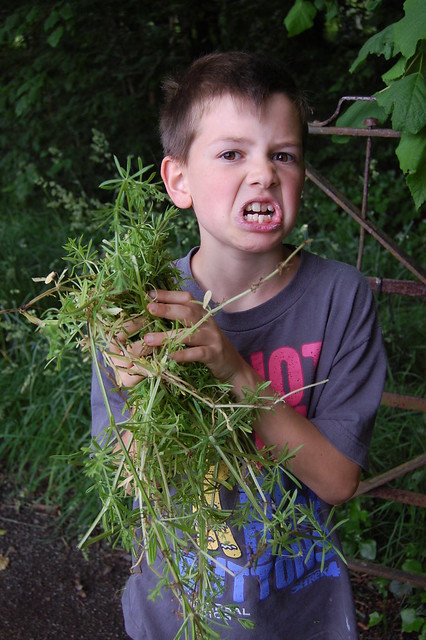 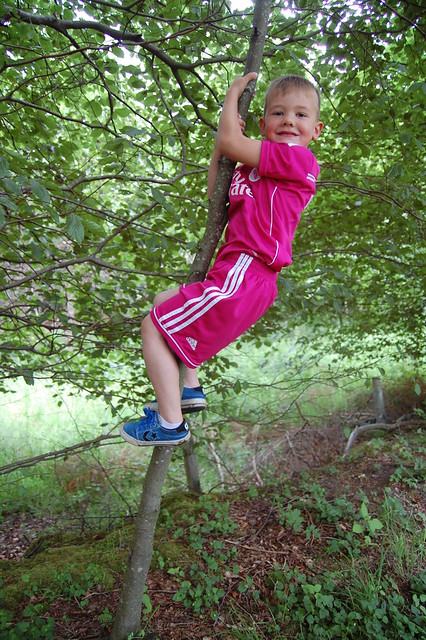 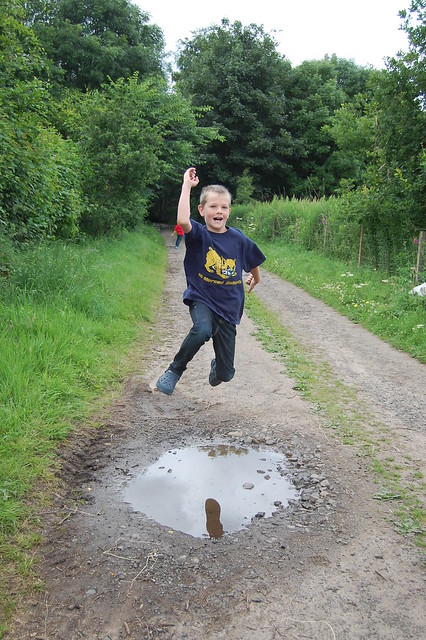 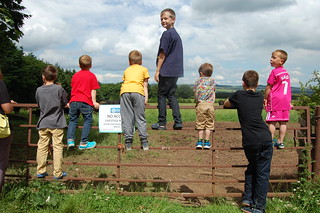 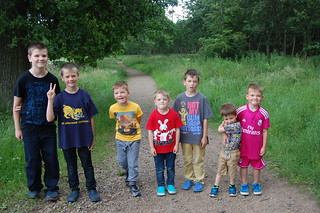 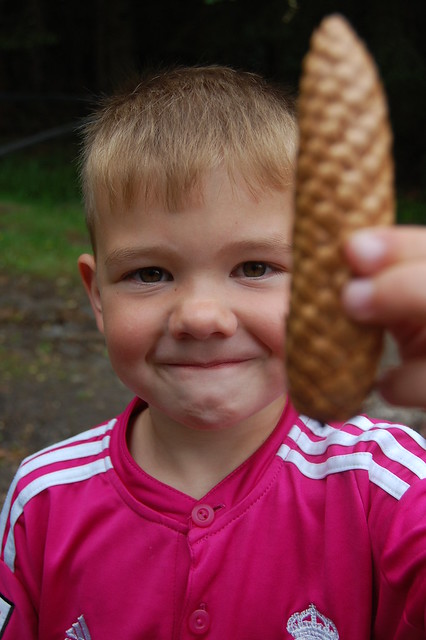 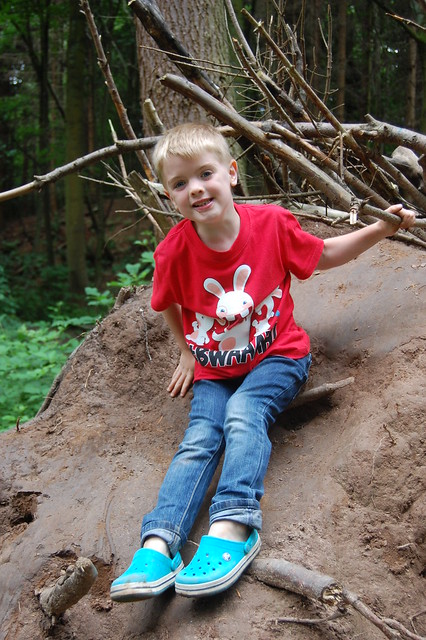 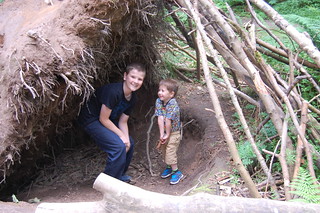 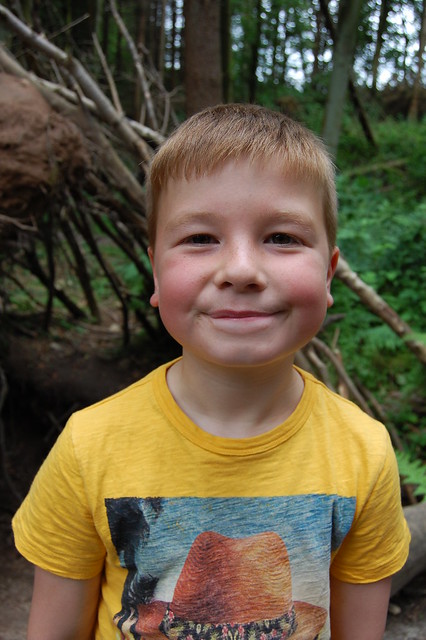 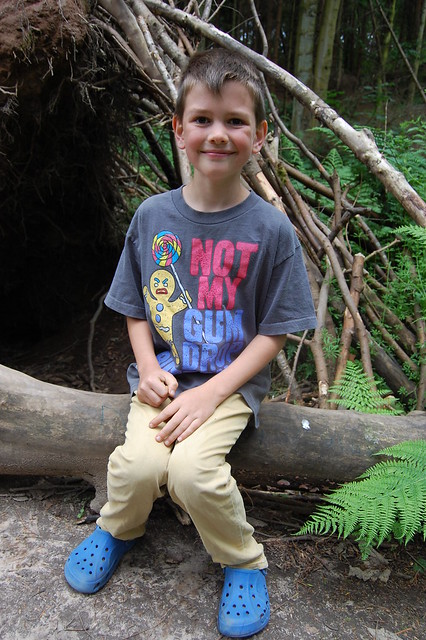 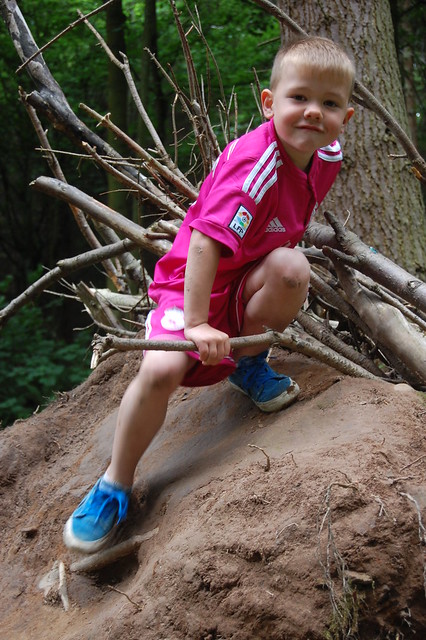 One of the side benefits of all the children being free range in the woods was that it allowed we grown ups to just chat and catch up with each other, punctuated obviously be children yelping that they had fallen and were hurt or by the need for one of us to yell at the kids to please not throw that really large stick, thank you.  On our loop back to the village, we stopped in at the Pillars of Hercules, an organic cafe and store set in the woods, to buy the kids a snack.  Artisan chocolate is an expensive treat.  They wolfed it down like it was cheap as chips too, little scoundrels.  Once back in the village, the kids had fun playing with the fountain and then we headed off to see the War Memorial that was just unveiled last November as part of the First World War centennial commemorations.  We also saw a park bench dedicated to Johnny and Roseanne Cash who felt an affiliation for the area since the Cash ancestors originated from the Howe of Fife. 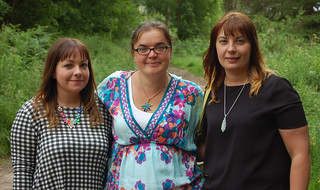 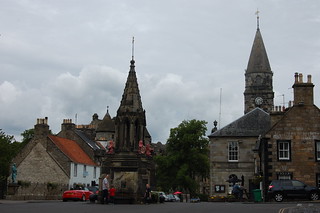 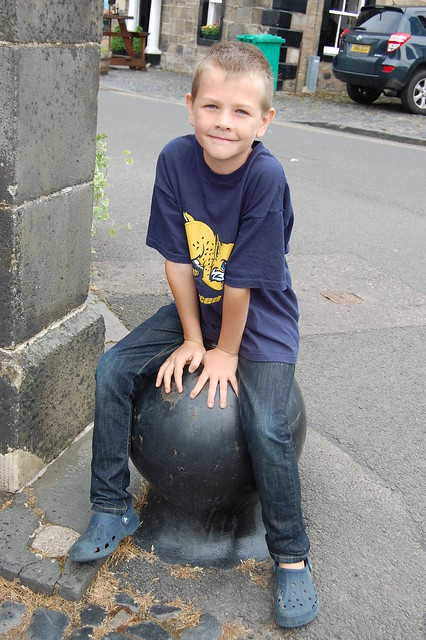 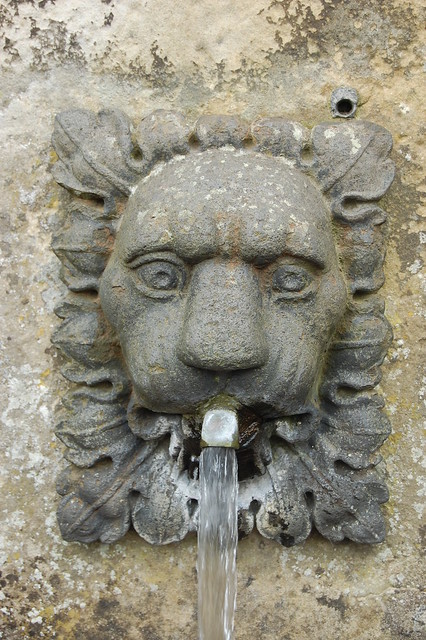 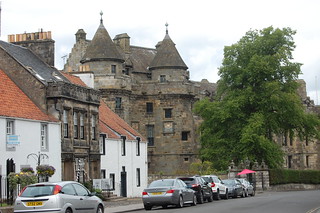 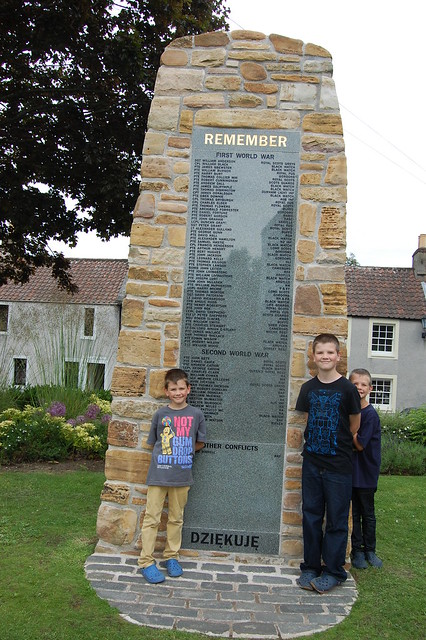 *What we call the plant whose scientific name is apparently Galium Aparine.  What did you think they were throwing?