We Picts closed out 2018 on a bang as we spent the festive period on vacation.  My in-laws had generously gifted us a Caribbean Cruise for Christmas so the eight of us celebrated the season on the high seas, spending a week exploring new places and cultures (for the kids and me at least), and experiencing a cruise for the first time in the case of our youngest two children and me.

Of course, before we could board the ship and sail off in the lap of luxury, we had to get to Miami.  We, therefore, spent two days driving south from the Philly suburbs to Miami.  That’s a whole lot of the I95, a useful but incredibly boring road that sometimes feels as if it is never going to earn.  We spent the first night on the outskirts of Savannah and arrived in Miami the following evening.  We had hoped for a bit more time in Miami but holiday traffic had other plans for us.  Nevertheless, we were able to meet up with my in-laws (who had flown over from the UK) in time to have a delicious dinner.

However, as early risers, the next morning we had enough time to explore Miami Beach.  As frequent readers of this blog will be well aware, I am not a fan of sand.  The only good sand is glass as far as I am concerned.  However, Mr Pict and the Pictlings love the beach so I suck it up, brace myself, and just deal with my discomfort.  The kids found a shiny but decidedly dead fish and our youngest son found a teenie-weenie coconut.  While they enjoyed the beach and the warm sea air, what I liked about the beach area was all the 1930s architecture of Ocean Drive and its environs.  I love Art Deco for its elegant use of geometric shapes and clean lines and pops of colour.  There were also some sleek buildings in the moderne style and some that seemed to have a hispanic influence. 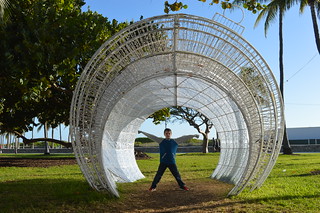 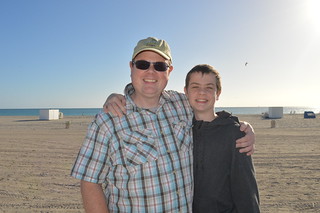 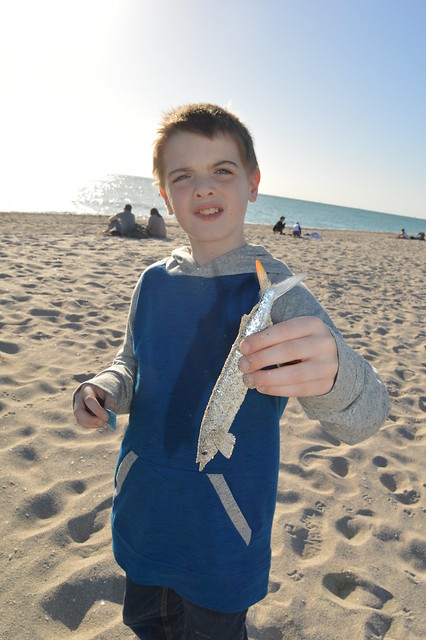 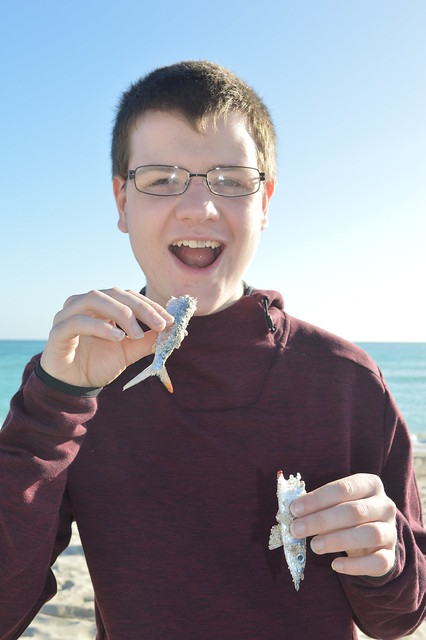 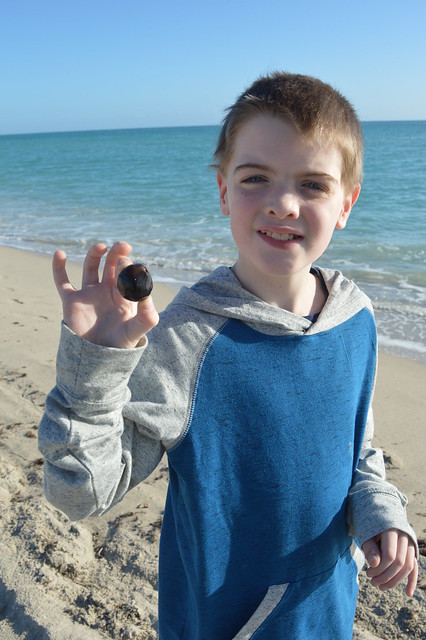 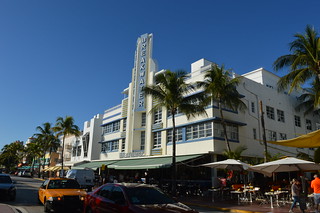 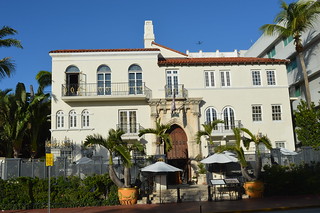 As luck should have it, we happened to be standing on Ocean Drive when the local fire brigade drove past in a formation.  While the emergency lights were flashing, there were no sirens.  That is because this was no emergency.  Instead, it was their Christmas parade.  The fire engines were being driven by Santa and elves while the Grinch and a gingerbread man appeared as passengers.  There were children on board too so we waved enthusiastically at them as they passed by. 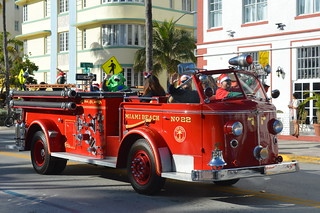 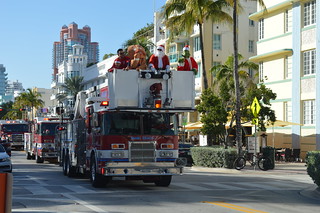 We left Miami beach and headed to the port area to ready ourselves for embarking onto the cruise ship.  I admit that I found the whole process quite stressful.  As someone used to either travelling entirely under my own steam when road tripping or experiencing the relatively controlled routines of flying, the process for boarding the ship felt quite stressful.  My anxiety hit peak when we had to leave our luggage with a porter which pretty much left it unattended among hordes of people.  Having travelled around London for decades and then having flown in the post-9/11 world, the whole idea of “unattended luggage” is anathema to me.  Add to that the fact that I experienced having possessions stolen from my luggage 20 years ago and I was deeply unsettled by the whole thing.  Then there were milling crowds.  I am British and, therefore, culturally hard-wired to strongly prefer orderly queuing.  The random hustle and bustle unsettled me further.  It all just felt a bit chaotic and haphazard.  Even when we boarded, because our rooms were not going to be available for a few hours more, it was a case of everyone scuttling to find a space in which to settle down.  In the grand scheme of things, these are all small beer quibbles but I cannot deny that those were an intense few hours for me, neurotic control freak that I am. 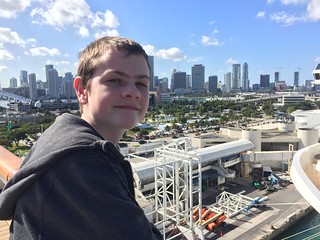 We wandered the ship to start getting our bearings and finally had access to our rooms in early afternoon.  Then we were finally off.  We bid farewell to Miami and I headed off on my very first cruise. 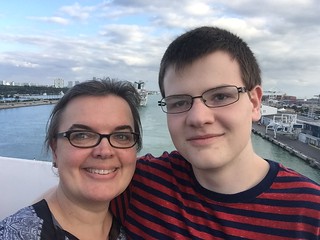