After a morning spent travelling from the Philly ‘burbs and looking around Fort McHenry, we headed around Baltimore’s Inner Harbor to visit the National Aquarium.  That was really the focus of our trip to Baltimore as it was the thing the kids really wanted to do.  The Aquarium has timed entry so, when we reached the front of the ticket line before 3pm, we were issued tickets for a 4pm entry.  That gave us time to have a scout around that area of the Harbor.  We saw some interesting vessels moored up, including a large coastguard ship and a submarine, we saw ducks paddling around among flotillas of trash, and we saw some interesting buildings, including an old power plant that has been converted into a retail space.  It was a bookstore so we headed in there to benefit from their air conditioning and peruse books on the shelves. 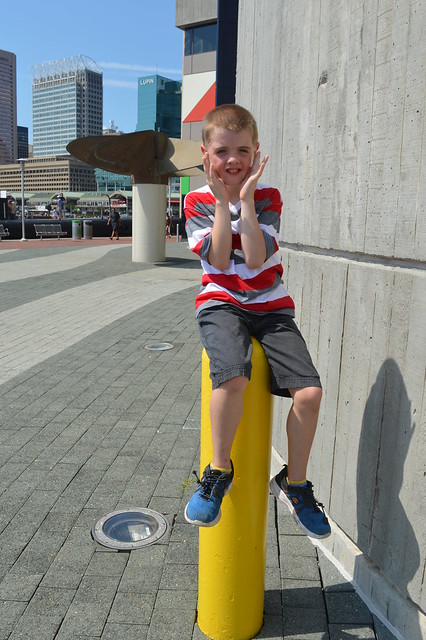 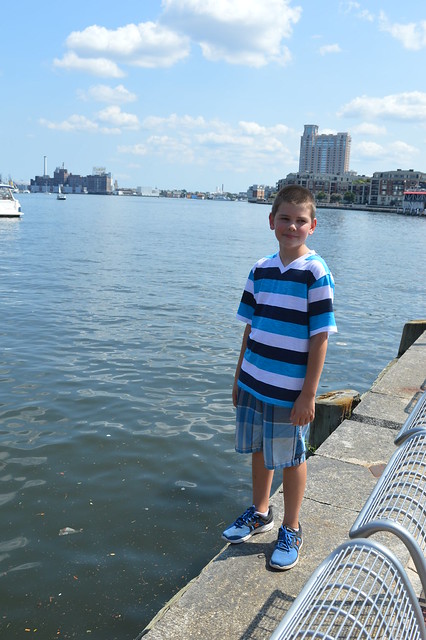 Before long it was time for us to return to the Aquarium and go in.  The timed entry system works well I think as it meant we did not waste time queuing and it meant the exhibit spaces of the Aquarium rarely felt too crowded.  We started at a large pool and the kids were instantly enchanted.  Our 10 year old is shark daft so he was super-duper-excited to see sharked slipping through the water.  There were also large rays covered in spotty patterns and we all squealed with glee when a large green turtle appeared and came to the surface. 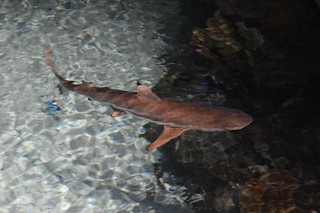 The touch pool was a huge hit with all of us.  There were the usual rays and horseshoe crabs for us to pet and we enjoyed that.  Another touch pool, however, was filled with charming little moon jellyfish.  We were told that we could stroke their curved bodies using two fingers.  It was marvelous.  I adore jellyfish anyway (it helps that I’ve never been stung by one) but I have only ever touched dead jellies.  I was smitten as soon as I felt the jellyfish, cool, rubbery, slippery, soft.  It was a delightful experience. 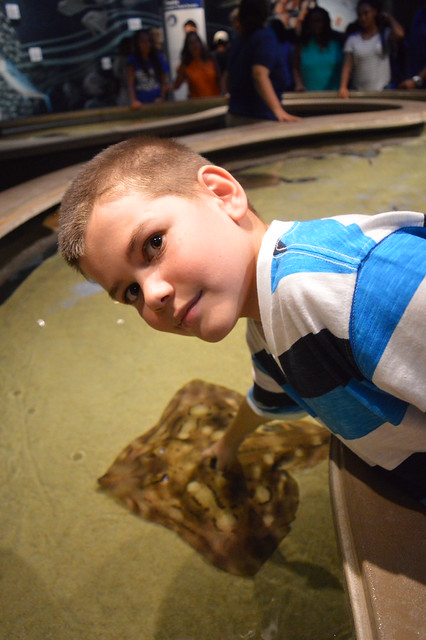 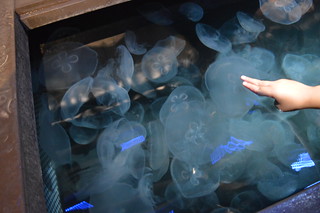 Another favourite area of the Aquarium was a tank full of puffins.  Is there any other bird as cute as a puffin?  Despite living near some colonies of puffins in Scotland, I had sadly never managed to see any in close proximity.  I love their plump monochromatic bodies and those brightly striped beaks.  They did not disappoint with their antics either.  We saw them bobbing around in the water, swimming beneath the surface, and flapping their wings.  I could have watched them for ages and ages.  It made me wish I could have a pet puffin. 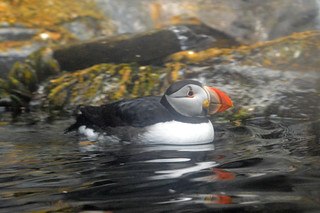 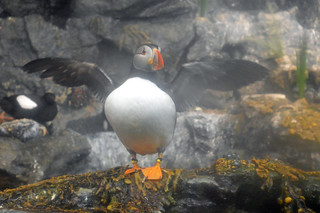 There were, of course, tanks galore filled with interesting fish.  I was particularly drawn to all the brightly coloured fish.  My 8 year old was obsessed with all the different species of catfish because he is obsessed with cats of all kinds.  He was also drawn towards any of the over-sized fish, of which there were many.  Meanwhile, my 10 year old was all about the stars of the show: the sharks.  The Aquarium is renowned for its large shark tanks and we were not disappointed.  I failed to get a decent photo of any of the sharks but there were scores of large sharks in a vast, deep doughnut shaped tank that surrounded we visitors.  We could get right up to the glass so could feel almost immersed in the water with them and really appreciate the scale of the sharks.  There were nurse sharks resting on the floor of the tank, sand tiger sharks with their needle sharp teeth, sandbar sharks, large rays, and a largetooth sawfish which was an entirely bizarre looking beastie. 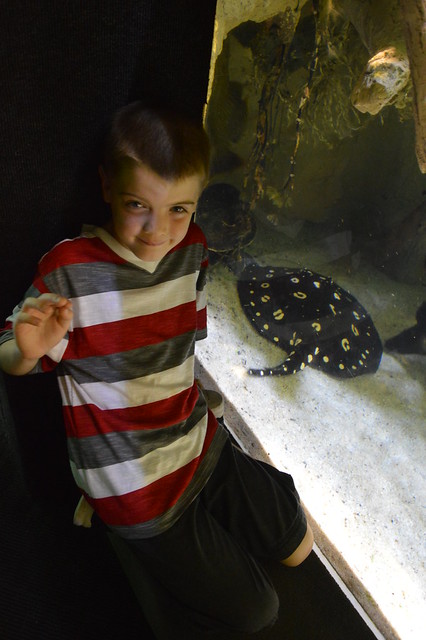 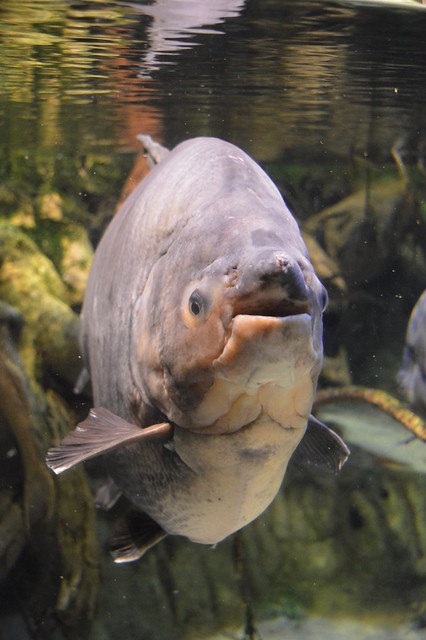 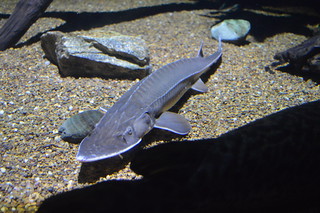 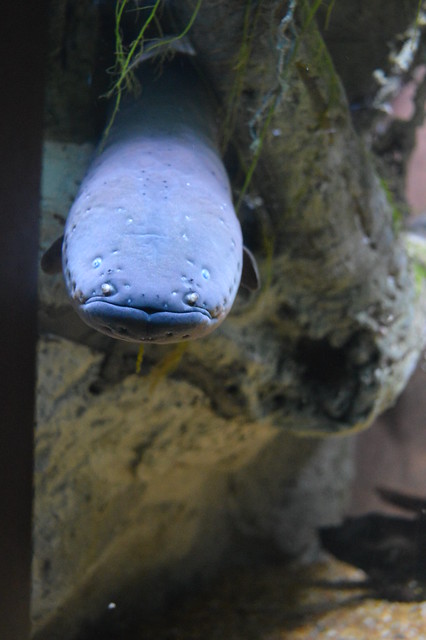 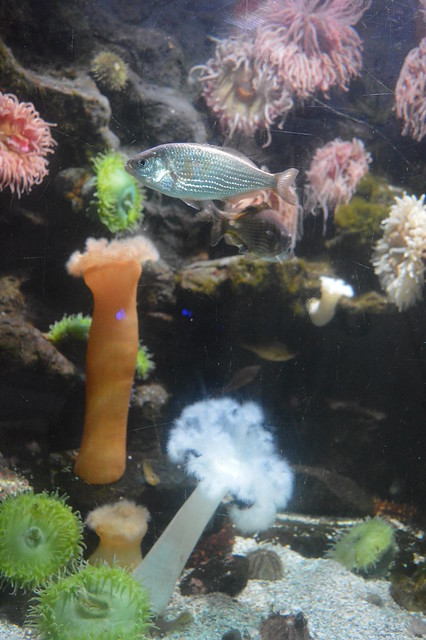 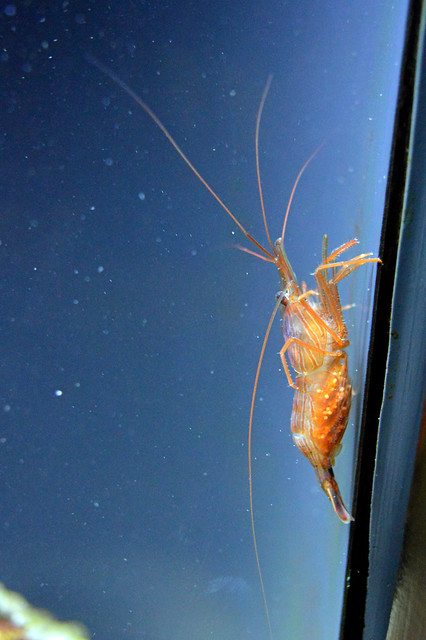 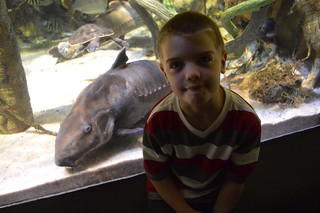 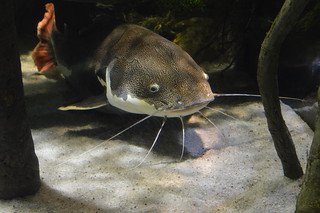 There were areas dedicated to rainforest environments and to Australia.  The latter was a very small area and we did not manage to see all of the birds or the flying foxes that were apparently in the room.  We did, however, see some stunning birds with bold plumage and lots of interesting reptiles, including a freshwater crocodile.  The rainforest area was more successful in terms of spotting critters.  We even managed to go crazy bananas excited when we spotted a sloth among the foliage dangling from the ceiling.  Mr Pict is one of those arachnophobes who is fascinated by spiders so he enjoyed seeing the tarantula.  There were also some amazing birds in that area, including scarlet ibis and turquoise tanagers. 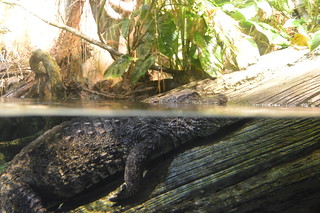 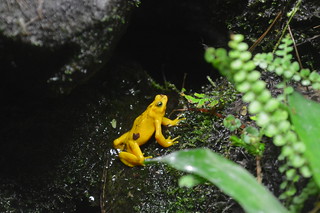 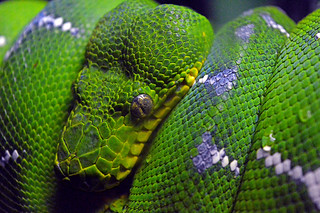 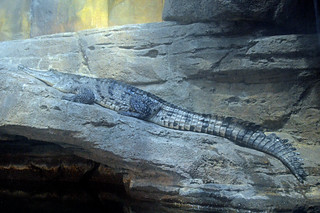 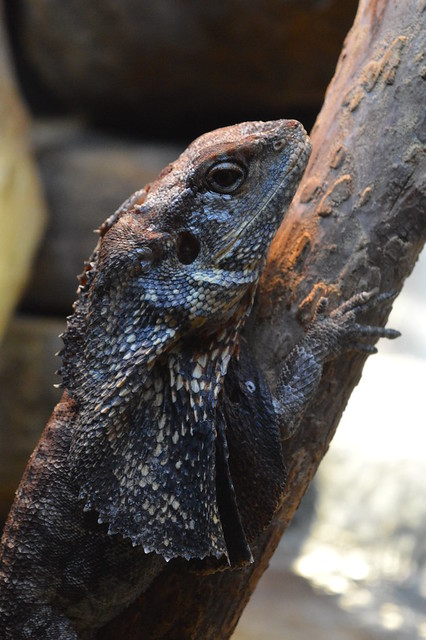 Another room was just filled with tanks full of jellyfish.  Mr Pict and the Pictlings took a rest break while I spent time in there looking at all of the details of the jellies.  I love their variety.  Some had stubby little tentacles that looked a bit like crinkly coral or brains while others had long, thin tentacles that moved elegantly in the water.  I found it mesmerising to watch their bodies pulsate as they propelled themselves around the tanks.  I think I would find it quite soothing to have a tank full of jellyfish. 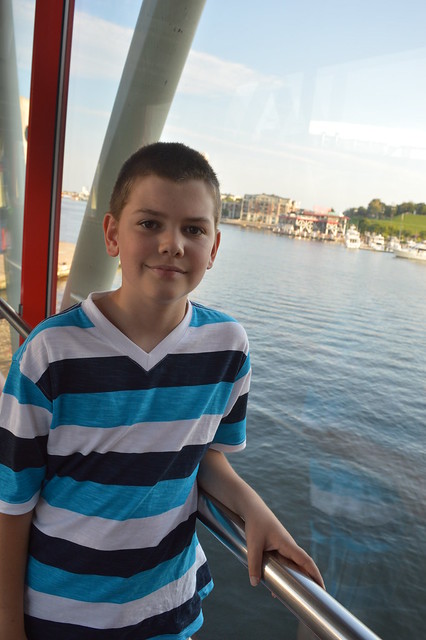 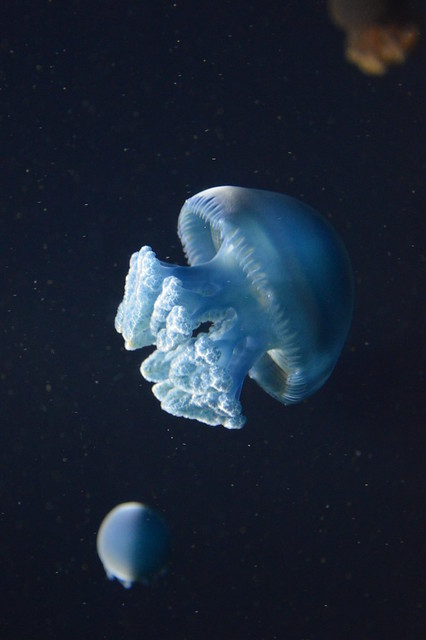 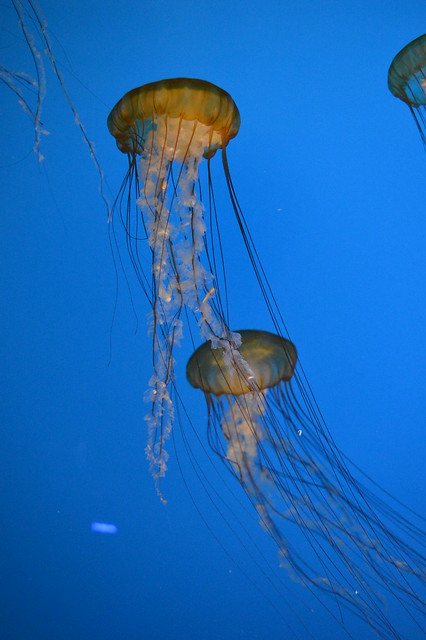 The kids rallied when it came time to visit the dolphins.  They are a colony of Atlantic Bottlenose Dolphins who were all born in captivity.  I am not generally in favour of large marine mammals being kept in captivity but obviously it is not possible to release captive born dolphins into the wild.  There is also an argument that getting to see dolphins up close inspires people to care more for the ocean environment.  In any case, they had just completed their final show performance of the day so we wondered if they would not be keen on being on show for visitors.  However, they were swimming around being very playful, leaping, and chasing each other.  I think it must be pretty impossible not to love dolphins. 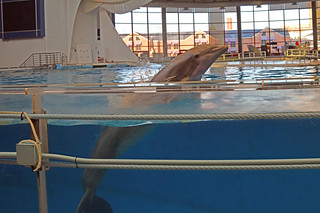 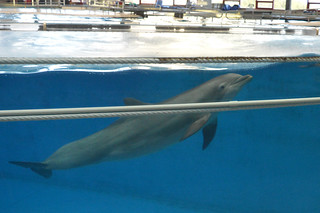 It was evening by the time we emerged from the Aquarium but still very hot and humid.  We decided, therefore, to stop into a nearby ice cream parlour for some cold, sweet treats.  It was a delicious way to end a great day in Baltimore. 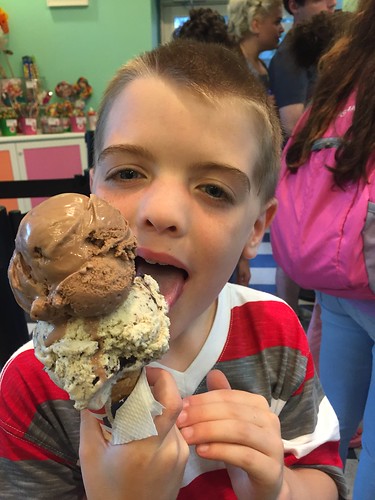 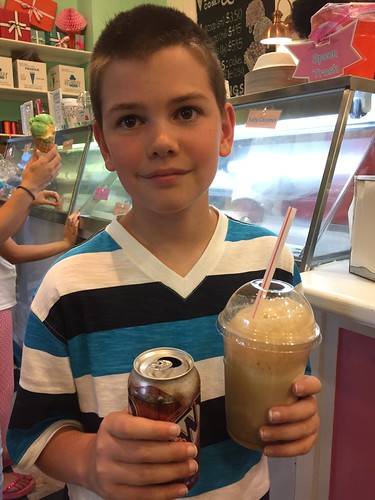