It is often most fun to do something creative with the kids when nobody is aiming for realism or a likeness to something and where perfection is not necessary.  That way nobody sets themselves up for stress or disappointment or dissatisfaction.  That is one of the reasons why the sock monsters worked so well as opposed to some other sort of sewing project.  Creating collages with magazine clippings was, therefore, the perfect activity to keep everyone happy and content with what they were producing.

We started by painting some watercolour paper with acrylic paint so that we had a bright background.  Then it was simply a case of flicking through magazines and cutting out images, shapes, patterns or bits of text that caught our eye and sparked our imaginations.  The idea was to construct a ludicrious, ridiculous image by doing a sort of “Frankenstein” on the images and placing them together in a funny, haphazard way.  For ease of use, we adhered all of the magazine clippings using glue sticks. 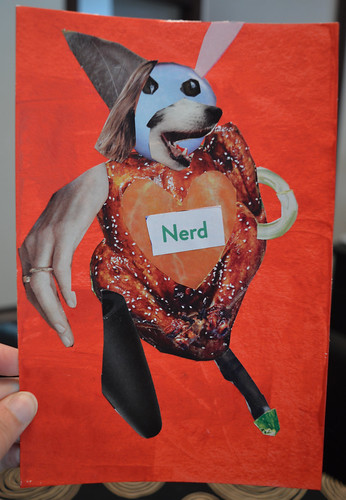 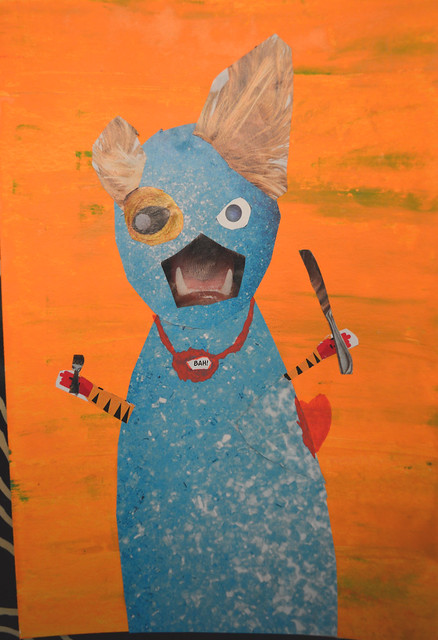 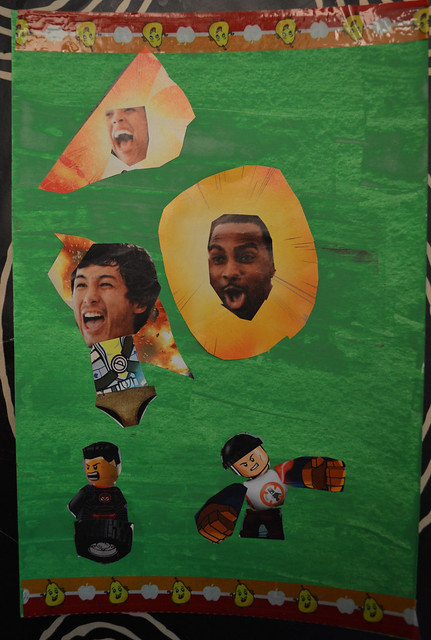 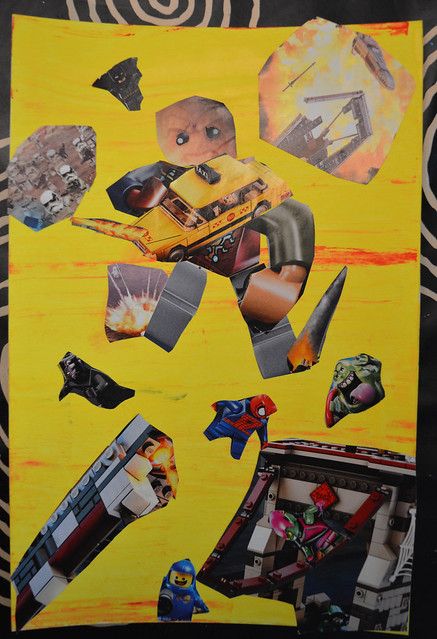 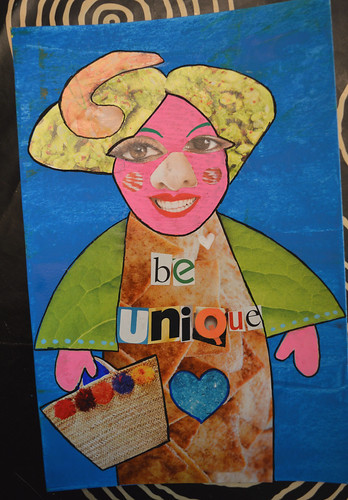