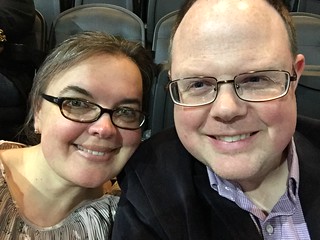 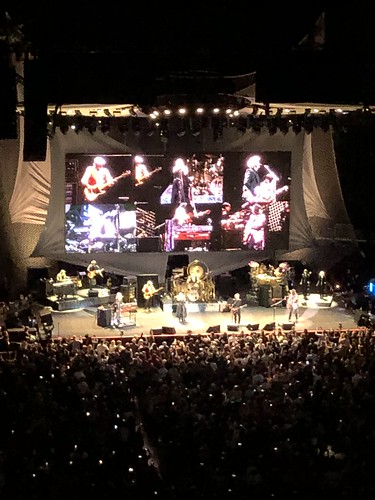 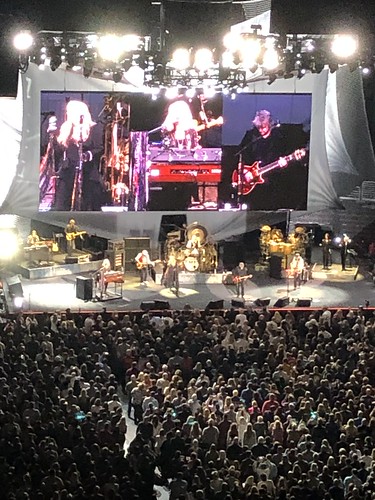 On Saturday, we Picts headed into the city to see a performance by the Philadelphia Orchestra.  It was our first time seeing the Philly Orchestra and our first time inside the Kimmel Center.  For our four boys, it was their first ever time seeing a full orchestra live.  That, indeed, was our motivation for going: we try our best to expose them to all sorts of interesting experiences so that we can see what makes an impression, determine what interests and enjoyments might stick. 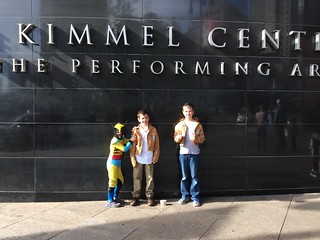 What made this particular performance a great one to sample was that it was the orchestra’s Halloween show.  Not only did this mean that it was pitched at children in terms of content and length but it meant we could be assured that the audience would comprise families, making it a bit more relaxing as a first venture to see a full orchestra.  The Kimmel Center itself is a glorious space and we had a great view of the stage within the auditorium despite being in the cheap seats.  It was fun seeing most of the children in the audience all bedecked in fancy dress.  Our kids went as two Scouts from ‘Attack on Titan’ and Wolverine – and a teenager in teenage mufti.  Furthermore, the musicians were also in fancy dress.  There was even a T-Rex on percussion. 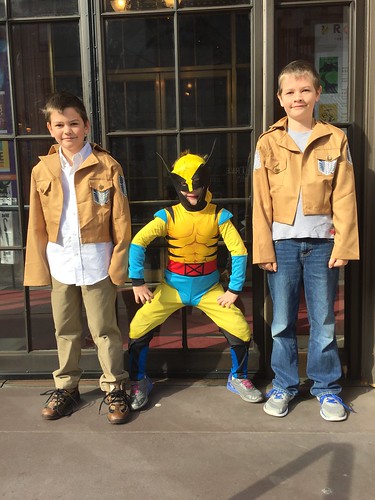 The general theme of the performance was Harry Potter which meant lots of excerpts from John Williams’ score for the movies.  Followers of my blog will be aware that the kids and I are Potterphiles and Mr Pict and I essentially have the scores of John Williams as the soundtracks to our lives since he composed the music to so very many of our favourite childhood movies.  It was magnificent to hear that music, with all its conjuring of magic, being played live.  There were other selections of music that were familiar to our kids too, such as Grieg’s ‘Hall of the Mountain King’ but they also got to hear some music with which they were either less or not remotely familiar – pieces such as Liadov’s ‘Baba Yaga’ and Khachaturian’s ‘Masquerade’.  As a performance, it truly was incredible.  I loved every last minute of it and I think the younger kids in particular gained a lot from experiencing the music live.  My oldest son is not really into music so he just let it wash over him.  We tried.

In addition to the music, however, the performance was also designed to engage children through other means.  The conductor, Aram Demirjian, was dressed as a Hogwarts professor and played the part with aplomb as he explained to the audience about each piece being performed and delivered the segues.  He was accompanied on stage by a brace of magicians who performed traditional tricks for the kids in the audience to watch while listening to the music.  We all gasped when handkerchiefs turned into doves and laughed when a levitating walking stick accidentally walloped one of the violinists.  There was also a clever running motif about using the Hogwarts’ Sorting Hat to decide which section of the orchestra four different musicians belonged to.  This was a smart and thematically apt way to introduce children to the percussion, wind, brass and string sections and I think much preferable to the Benjamin Britten approach I was taught at school. 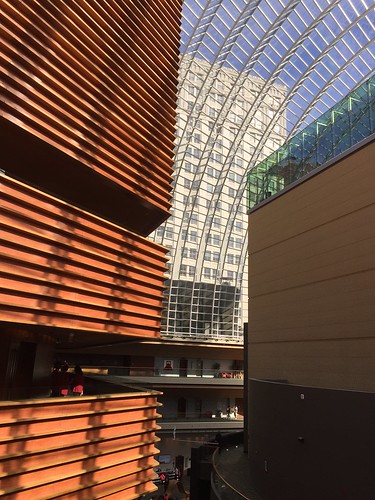 It was a wonderful day out and hopefully the first of many to see the Philadelphia Orchestra. 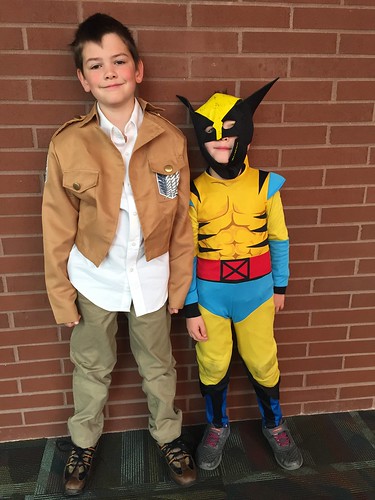 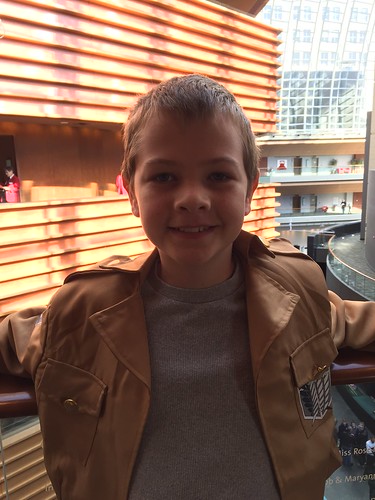