Montmorency Falls are just a short drive from Quebec’s city centre.  This is a large waterfall at the mouth of the Montmorency River where it dramatically joins the St Lawrence.  The falls have a 272 feet drop which, the publicity enjoys informing visitors, makes them taller than those at Niagara.  A little like Niagara Falls (which we visited last year), it has been transformed from a natural feature into a tourist attraction.  It was possible to do all sorts of activities there – such as ziplining – but we decided to just take the cable car up and then walk all the way back down.  Frankly travelling in a cable car is as adrenalin-filled as I can manage.

In order to reduce queuing time, they really pack a lot of people into each car.  Have I mentioned several hundred times that I do not like crowds?  Hello, claustrophobia!  Our particular ride was made worse because some ridiculous bloke insisted on not folding down his double buggy (stroller) so – having been counted as one person – he was taking up the space of about four people.  Then there was the unstable movement and the heights to contend with.  Along with clowns, heights is my major phobia.  The views of the Falls from the cable car were pleasing enough but man was I relieved when the doors opened and we got out. 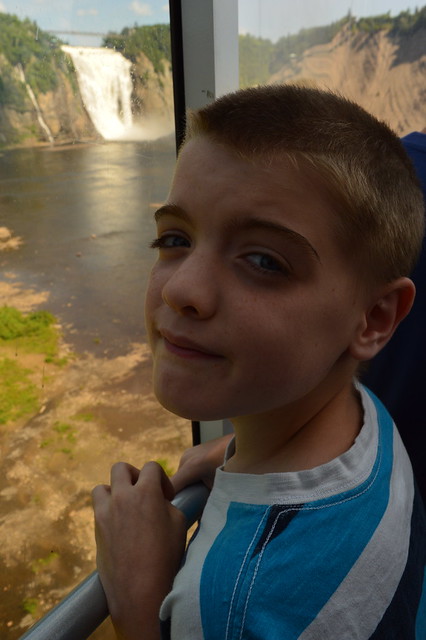 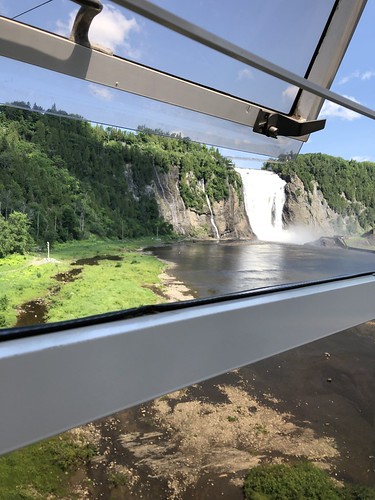 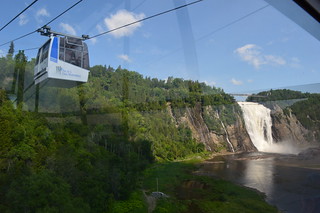 The next phase of the visit involved walking across a suspension bridge directly above the Falls.  We could see all the way across to Quebec city and could even make out the Chateau Frontenac at its apex.  It was not as terrifying as I had braced myself for and it definitely gave us spectacular views of the crest of the Falls.  We could hear the roar of the water and feel the spray of the water.  They are pretty impressive Falls and being above them offered a pretty unique perspective on a waterfall. 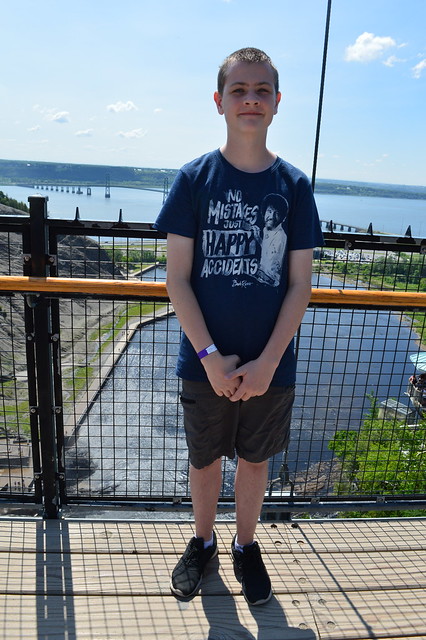 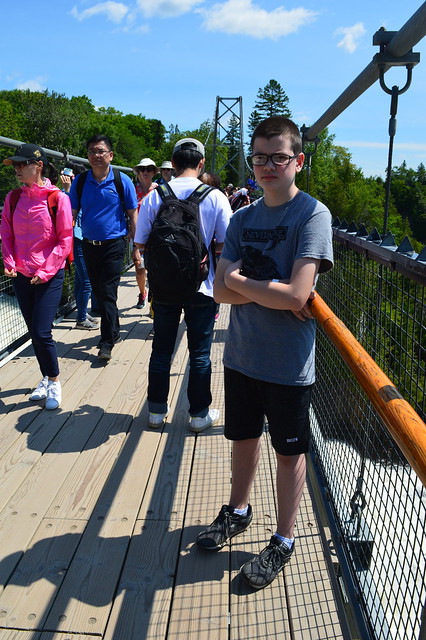 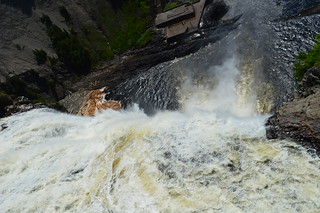 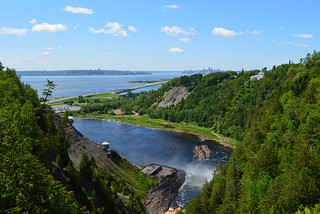 The third phase of the waterfall experience was to walk down many, many, many wooden stairs (over 480 steps) to see the “face” of the falls from different elevations and angles.  To be fair, the staircase was completely stable and solid and was perfectly capable of handling the load of a hundred tourists but in my acrophobic brain the whole thing was as rickety and unstable as if I had cobbled it together out of toothpicks.  The views were fantastic, however, so I sucked it up and soldiered on.  We especially loved seeing the rainbows. 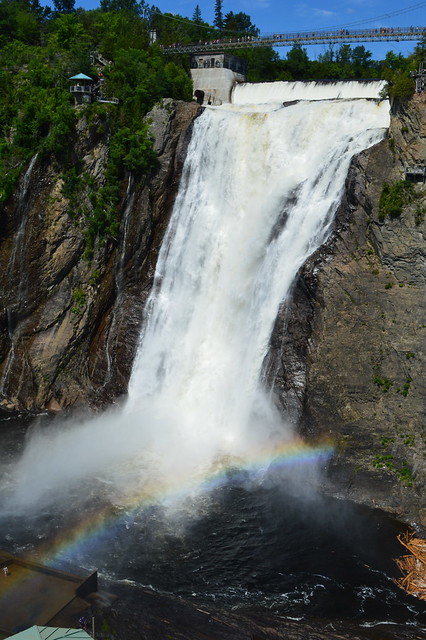 The final phase was entirely optional and avoidable but involved standing at the base of the falls.  We could really appreciate the power of the water as vertical met horizontal with a sound like distant thunder.  Even though we were not standing directly beneath the water, we still got soaked from the spray.  My two middle sons ended up completely saturated.  They loved it. 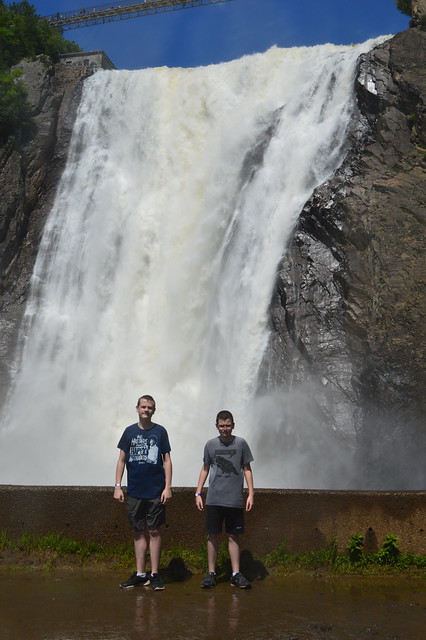 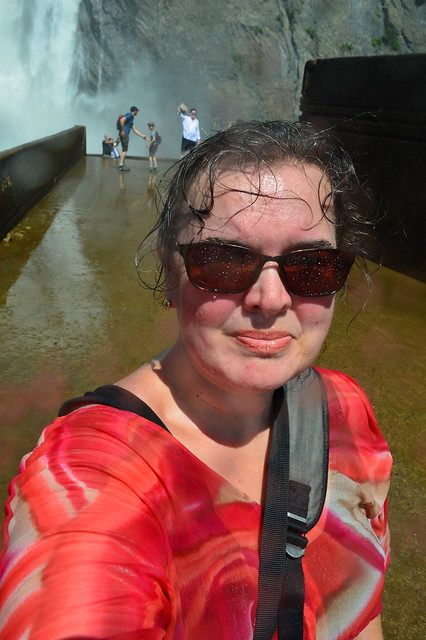 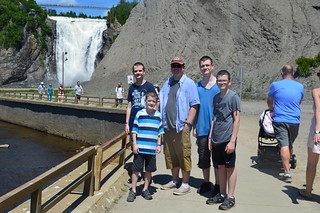 While the hundreds of tourists and all the man-made structures certainly detract from the natural beauty of Montmorency Falls, we were really glad we had taken the trip because the experience really provided us with a new way of engaging with waterfalls given all of the different perspectives. 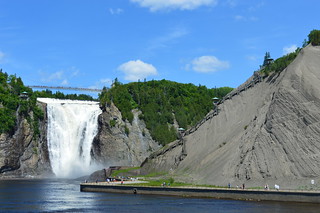 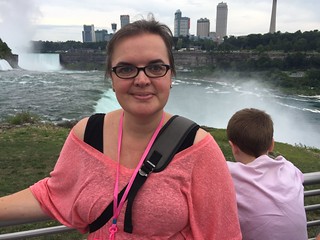 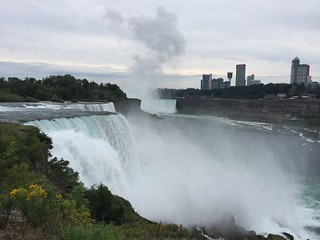 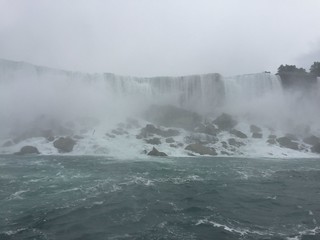 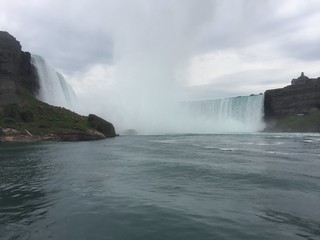 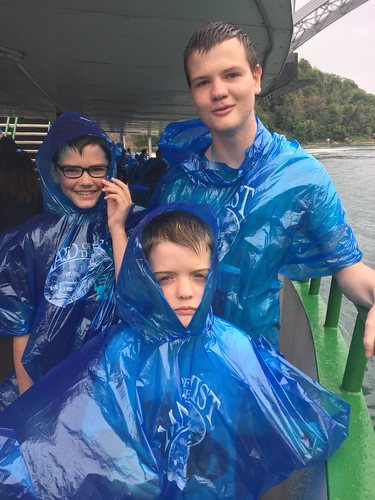 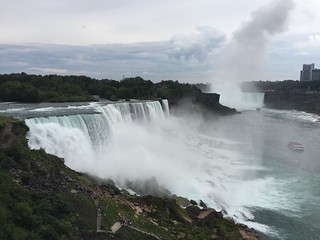