After spending most of the morning at Montmorency Falls, we headed across the bridge to the Ile d’Orleans.  This should have been a very brief journey across a short bridge but it took a quarter of an eon to cross it because the traffic was dense and intensely slow moving.  I really had not appreciated that there would be a traffic jam heading onto an island.  Once we were on the island, we essentially did a loop around its circumference on its one main road.  It’s a very agrarian island with lots of orchards and vineyards – Cartier named the island after Bacchus when he arrived there in the 1500s – and plentiful charm.

There are lots of places where one could stop off on the Ile d’Orleans as there are a whole load of artisanal food producers, gift shops, and eateries.  We did not have the time nor the inclination nor the budget to visit all of them so we made a selection and stuck to it.  First up was a blackcurrant farm called Cassis Monna & Filles.  It was selling its wares in a very bijou building with a restaurant in the top level and a store below.  We enjoyed sampling the various jams and preserves and most were completely delicious.  The only one I objected to was some sort of chutney that was onion and blackcurrant.  Mr Pict and I have been consuming blackcurrants for most of our lives as they are a pretty common seasonal fruit in Britain but we have really not encountered blackcurrant anything during our years of living in America.  It was, therefore, a treat to be eating blackcurrant again.  We were all thirsty so we bought blackcurrant cordial which tasted just like Ribena, another staple of British childhoods. 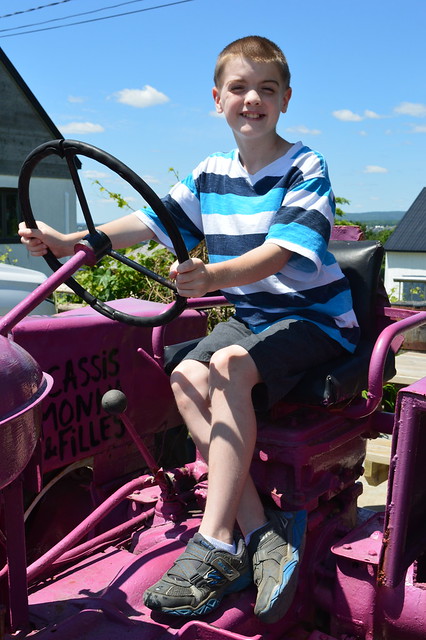 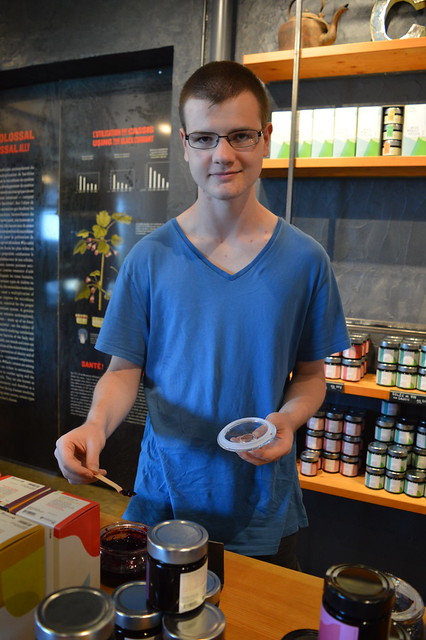 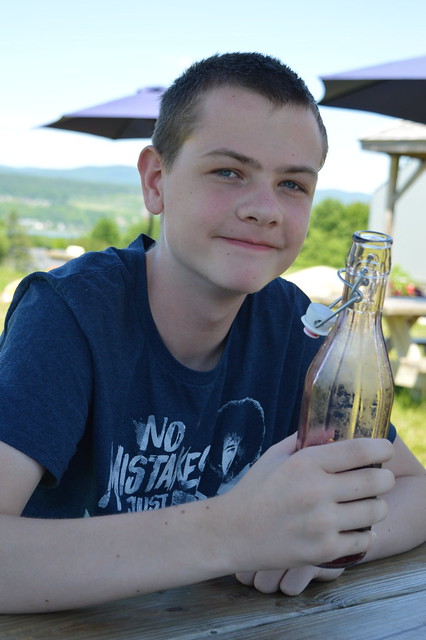 We had a little nose in the barn, which is set up to be a small museum about their history of blackcurrant farming, and which had a window that enabled us to observe the manufacturing of blackcurrant produce.  Unfortunately we had clearly just missed them making something so what we were observing was two workers cleaning up all the equipment.  Still, the exhibits were interesting and informative and we learned the explanation for our blackcurrant deficit at home: blackcurrant farming was banned in America for a long time because of a plant disease called white pine blister rust.  I guess there is, therefore, no tradition of farming or eating them. 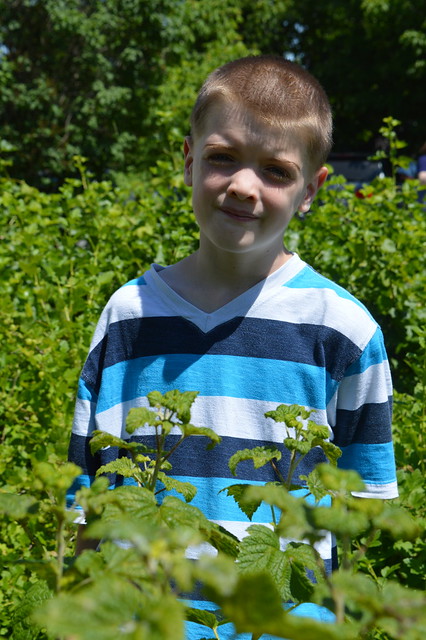 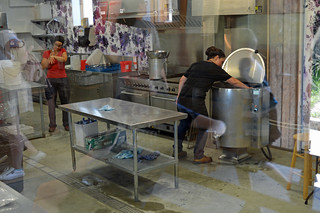 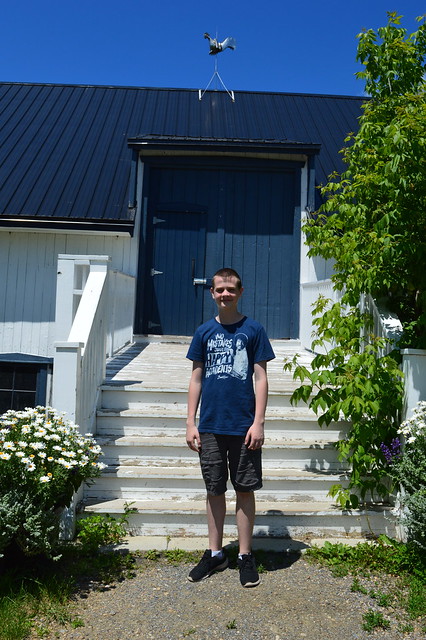 Our thirsts quenched, everyone was getting hangry.  There are lots of microbrasseries, vineyard restaurants, and other upscale places for gastronomes to eat fabulous local cuisine on the island but a) we were travelling with kids and b) we have a budget, so we finally stopped off at a trading post place.  It didn’t look like much from the outside but it had a lovely deck area overlooking pastures and orchards and the food was simple but delicious. 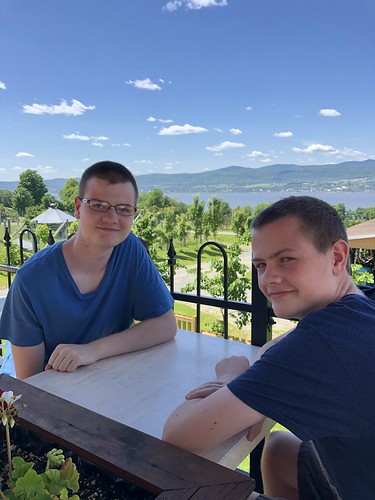 We had hoped to visit a maple syrup farm and see it being produced but we could not find anywhere that was open and running demonstrations.  We did, however, stop in at a boulangerie because we all love bread and pastries and cakes.  We were spoiled for choice as everything on the shelves looked amazing but we each chose a patisserie item that we could scoff for breakfast the next morning. 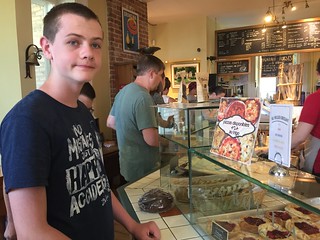 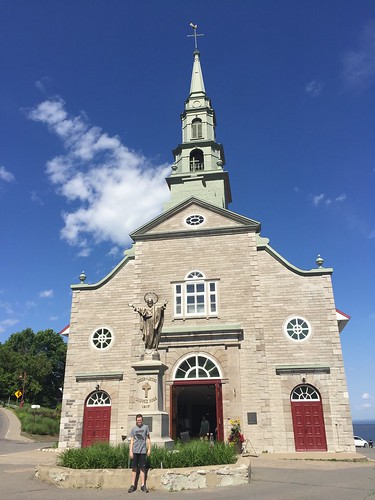 If Mr Pict and I had been visiting the Ile d’Orleans on our own, as just an adult couple, we could happily have spent an entire day exploring and eating.  It really is a place aimed at adults and didn’t have much to divert or engage the kids.  It’s a really lovely spot, however, and so peaceful and green.  I can see why it draws daytrippers from the city.