As I explained before, our road trips are always pretty meticulously planned because of the number of miles being covered and the amount we usually try to cram into each day.  However, I always have a spreadsheet full of possibilities for each stage of the journey and that includes some off-piste places, either because the place is geographically off our route or because it is random.  What we do, however, normally have pinned down is our accommodation for each night because finding affordable accommodation for six people is not always that easy.  However, on the evening after our drive through Missouri, Mr Pict and I decided to be spontaneous.  Both feeling that the second half of our road trip was hitting the skids in terms of ratio of driving to interesting places visited, we decided to rethink the last couple of days of our road trip.  Our route home was supposed to take us through Kentucky and West Virginia but this followed almost precisely the same trek that we slogged two years before.  What if, we wondered, we ditched Kentucky and West Virginia and instead drop further South and travel back via Tennessee and Virginia.  We agreed a plan and, within an hour, had booked alternative accommodation, cancelled hotel rooms, and booked tickets for Graceland for the following afternoon.

As a bonus for me, our journey to Memphis on the day took us through a little corner of Arkansas.  You know what that meant?  I could snag myself another state!  I have a mild OCD regarding odd numbers so it was irking me that I was going to be stuck for however long on a total of 39 states.  Collecting Arkansas would mean I could complete the trip with a neat 40.  As it happened, we were all hungry by the time we crossed the border into Arkansas.  There were not many eatery options so we had to plump for fast food but it filled our bellies and meant that, along with restroom visits, the kids and I got to claim Arkansas.  I will definitely come back and visit Arkansas properly some time but it felt satisfying to be ending having collected 10 new states in this one road trip and on 40 states overall. 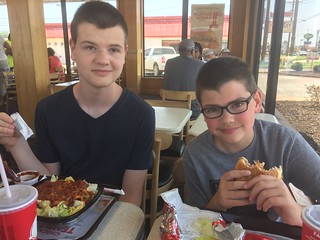 We arrived at Graceland about half an hour before our ticketed entry time but we were permitted to begin the tour early so it was all good.  The whole place is much more expansive and commercialised than it was when I last visited in 2002.  There was a massive concourse with eateries and stores and various artefacts that had been crammed into the house were now given room to breathe in a variety of exhibition spaces.  We were delighted to encounter a family of racoons on the grounds.  I have not seen a live wild racoon since we emigrated 4.5 years ago so this was a big deal.  After a very slick introductory video, we were guided to the lines for the shuttle buses.  While in line, we were handed ipads and headphones.  Last time I visited, we had audio guides but the whole visual element was new.  Our youngest son loved having the option to play additional videos and have virtual wanders around spaces that were otherwise inaccessible to us.  In really no time at all, it was our turn to board a minibus and get shuttled across the street to the Graceland mansion. 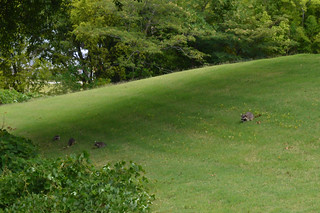 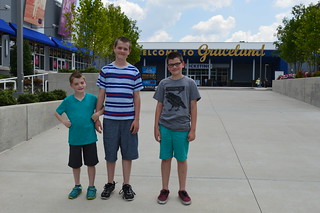 Our 11 year old is a massive Elvis fan so he was super excited to be walking through the doors to Elvis’ house and seeing the spaces in which he lived and worked.  I was again surprised by how tasteful Elvis’ house is.  I mean, it isn’t my taste but it definitely isn’t as tacky and gaudy as some celebrity houses.  The scale of the house is also fairly modest.  Sure, it’s a mansion but is isn’t some colossal, echoey space.  Instead, each of the rooms was pretty cosy and intimate in scale.  It was, therefore, actually possible to imagine Elvis relaxing in these rooms.  The decor was definitely dated, as if it was preserved in aspic, but it still felt like more of a home than it did a museum.  The kitchen, for instance, was on a larger scale but was otherwise not dissimilar to kitchens from my own childhood.  My favourite room in the house was the peacock living room.  I love those jewel colours and liked how light and airy that room was. 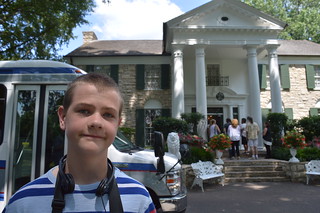 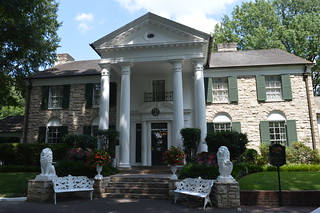 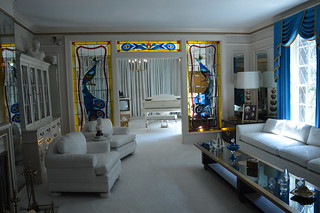 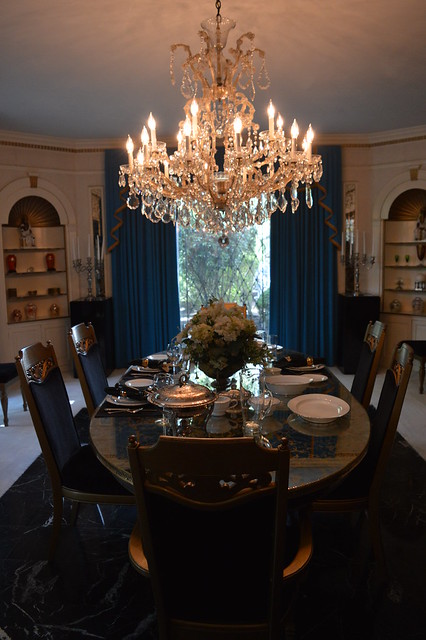 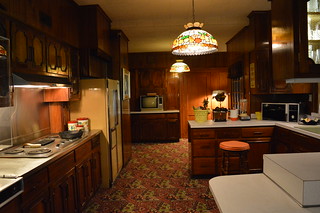 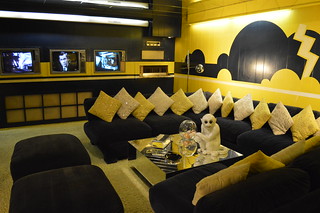 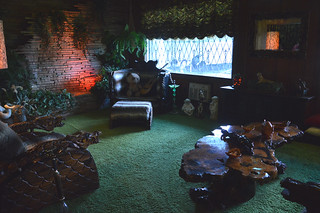 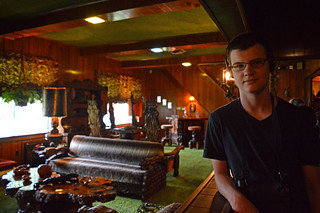 The trophy room was packed with a chronological display of family history artefacts.  I particularly enjoyed seeing the carton of Crayola crayons that Elvis had taken to school.  It was somewhat poignant to see all these exhibits about Elvis’ life and family and then be disgorged out to the swimming pool and the grave site.  I realised that I was visiting at the same age that Elvis was when he died, which underscored how premature his death was. 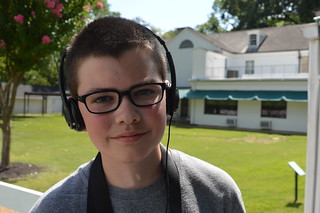 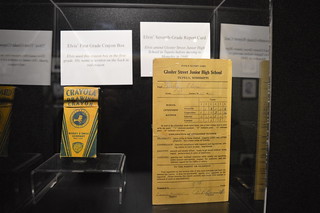 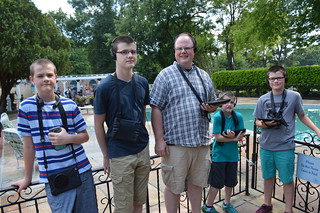 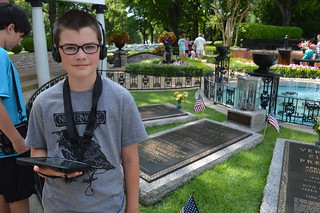 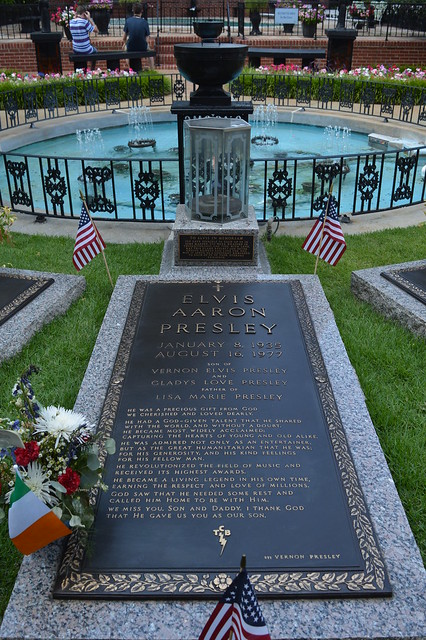 Having been shuttled back from the house, we spent some time exploring the exhibits in the various museum galleries.  One space collected all of Elvis’ cars, from his super slick sports cars to his beach buggies and golf buggies.  My middle sons – comic book fans – were excited to spot that one vehicle, originally made for an Elvis movie, had appeared in ‘Batman’ as a vehicle driven by the Joker.  Another gallery told the story of Elvis’ time in the army and also had drawers of artefacts that could be pored over.  My two favourite museum rooms concerned costumes: one was a collection of various music stars’ costumes and the other was dedicated to Elvis’ costumes.  The Elvis clothes were arranged in roughly chronological order so our 11 year old enjoyed following Elvis through the decades and picking out his favourite costumes, from the gold suit, to the black leather costume from the comeback live tour, and then – best of all – all the bejewelled jumpsuits from the Vegas years. 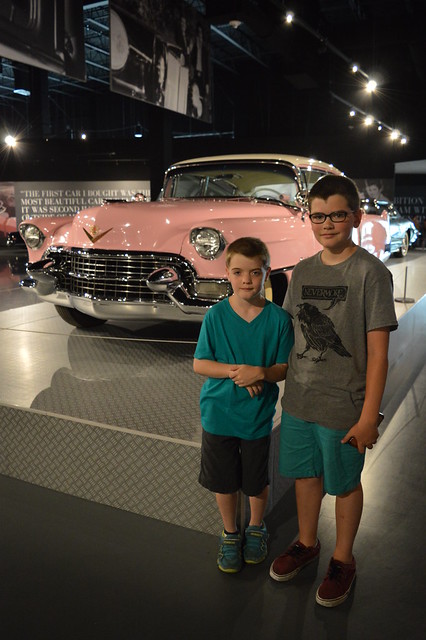 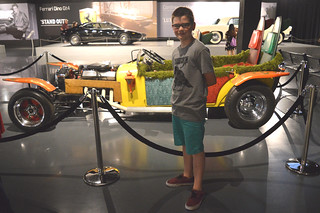 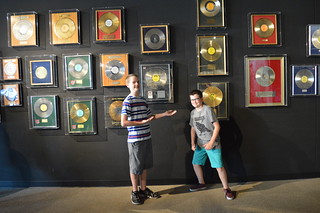 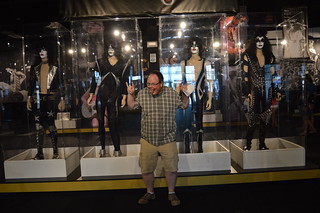 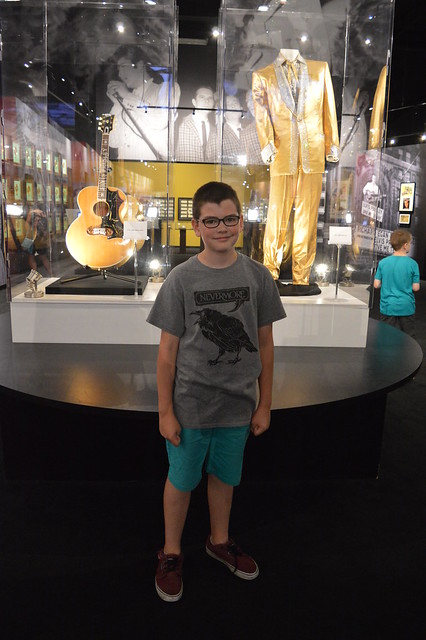 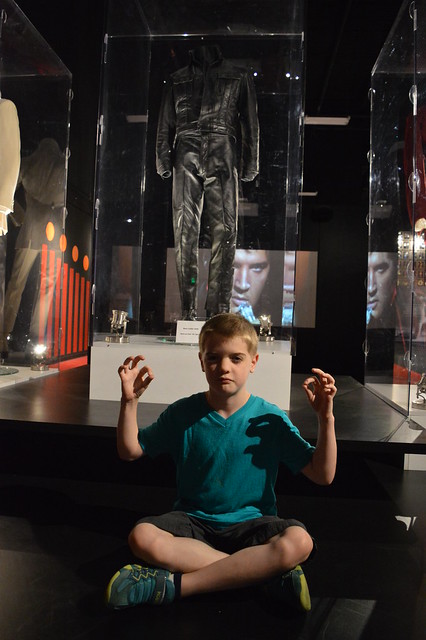 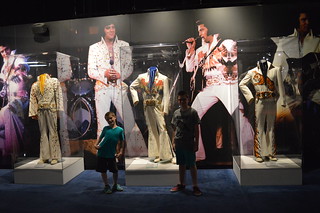 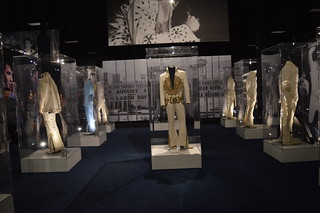 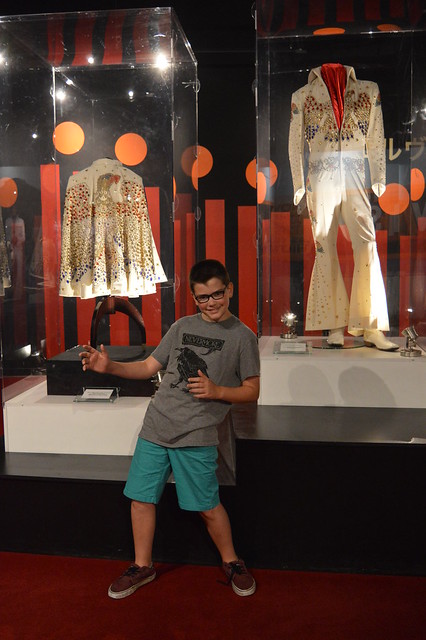 I was really impressed with how Graceland had evolved from my last visit.  It had definitely become more Disney-fied but this was actually to the betterment of the experience.  Spreading all the visitors out across a bigger space and deploying ticketed entry times meant we never felt swamped by people even though the place was clearly hopping.  Furthermore, moving out all the costumes and gold discs and memorabilia to designated spaces meant the actual mansion could go back to showcasing the domestic spaces rather than being overstuffed and difficult to imagine living in.  The kids all declared that Graceland was a highlight of the road trip.  We parents felt vindicated in changing plans and relieved we had experienced tourism success again. 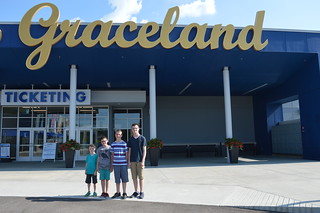