The great thing about spending time with small kids is that they come up with all sorts of ideas for activities that we, as grown ups, probably would not have thought of.  Last weekend, our youngest son, aged 8, mentioned that he would like to make cola from scratch.  Other than lemonade, I don’t believe I have ever made a soft drink from scratch.  Making cola would definitely be an interesting challenge.

Mr Pict decided to take the lead on this project since I was so busy.  He googled and found a recipe, he took the littlest Pictling to the store to gather the ingredients, and then they set to making it.  The mixture of citrus zest and juice and spices smelled wonderful as they cooked.  It made me think of mulled wine on winter nights but I admit to cynicism about whether it would end up tasting remotely like cola. 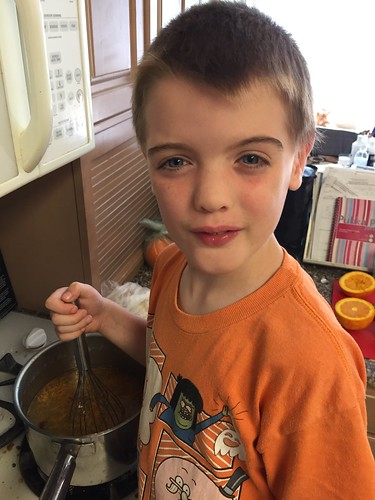 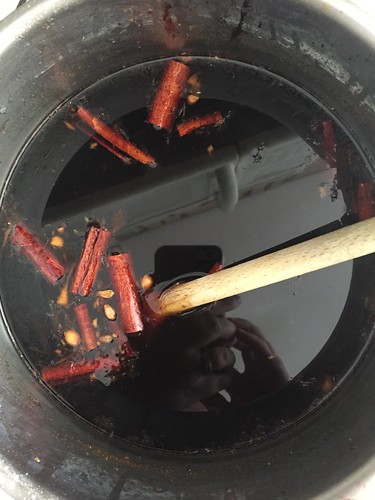 Once the syrup was made, it was added to a glass and topped up with seltzer water.  Our youngest son obviously got to be the first to taste it.  He sipped and declared it was delicious.  It actually was really tasty.  It did not taste like cola in the way that Coke or Pepsi taste like cola but it did remind me of those glass bottles of old-fashioned cola you can find in places that also sell drinks like dandelion and burdock or sarsaparilla.  The older brothers also approved.  The experiment was a success. 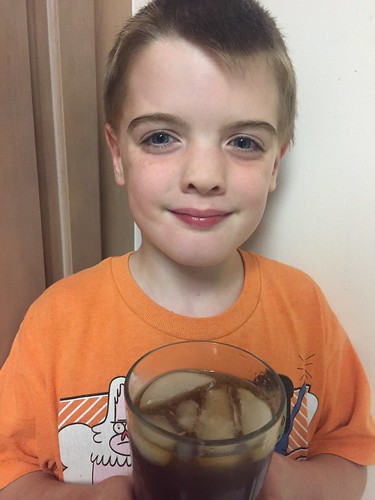