It was Mother’s Day weekend this past weekend in the US – UK Mother’s Day having happened in March – and it was a busy time in the Pict household.

On Saturday, Mr Pict and the three older Pictlings headed into the city to go to the Wizard World Comic Con.  They had a whale of a time.  They went to talks with the actor Michael Rooker and Stephen Amell – my 9 year old is a massive fan of ‘Arrow’ – and James and Oliver Phelps who played the Weasley twins in the Harry Potter movies.  They enjoyed all of the talks but found  the last one to be the most engaging and entertaining.  They also went to a talk and demonstration given by the creative geniuses at Weta.  Mr Pict and the kids are huge fans of the Lord of the Rings movies so they were in awe of seeing some of the costumes and armour demonstrated and learning a bit more about the processes involved.  They also visited various stalls and technology demonstrations, played some old school arcade games and took in all the sights and scenes of the visitors in their costumes.  Mr Pict geeked out when he got his photo taken with a chap who was dressed in a completely authentic looking Predator costume. 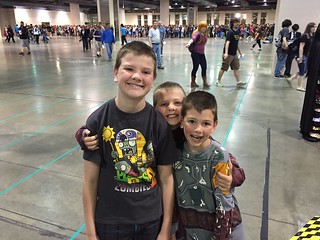 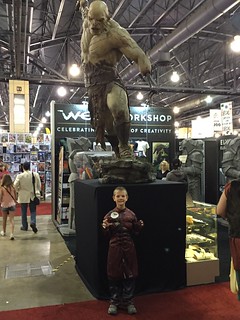 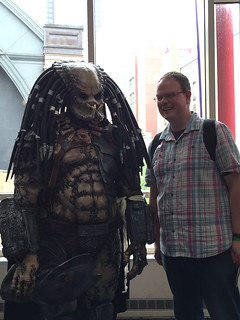 While they were geeking out, meanwhile, our youngest son and I were supposed to be going to a zoo and then out for dinner.  But the car battery was dead as a dodo and when I called roadside assistance I found that we had exceeded the number of free call outs we were apparently permitted.  Aggravating.  So we decided to make our own fun at home.  We went to the play park, walked through the woods, painted, watched a movie and baked brownies.

Mother’s Day itself began with a breakfast in bed of patisserie and fruit juice and then gifts and cards.  My kids being the geek children of geek parents, my gifts were all pretty geeky.  They had bought me a set of Walking Dead custom lego at Comic Con and a cuddly xenomorph from the Alien movies.  After being stuck at home the day before, I wanted to go on a day trip so we headed across the border to Delaware so that the boys could claim a new state.  Our rules for collecting a state are that two of three things have to be done: eat, pee or sleep.  I had managed to claim Delaware back in 1995 only by virtue of having consumed a milkshake and falling asleep in the car so really this was my first really proper visit to Delaware rather than just passing through. 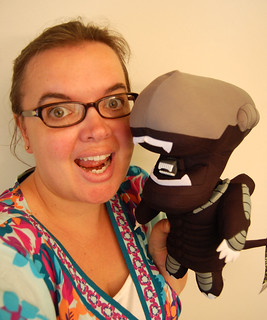 Our destination for the day was Hagley Museum which is on the shore of the Brandywine River.  It is the site of the original black powder works founded by Eleuthere Irenee du Pont de Nemours in 1802.  He chose the site because the river would enable him to harness the power generated by water wheels.  Du Pont is significant in this area’s industrial and economic history so it seemed appropriate to learn a bit more about the company.  Furthermore, my direct ancestor Joseph Scrine was a black powder manufacturer in London in the nineteenth century so I was keen to learn more about the process for that reason.

We began inside the museum, housed inside what had originally been a cotton mill.   We learned about the history of the company’s foundation.  Du Pont, realising that American gunpowder was inferior because of a substandard milling process, spotted an opportunity in the market.  We learned that he had selected the site because of the access to water for power but also the use of the river for transportation  of resources and ingredients, the abundance of willow trees to turn into charcoal as part of the process and nearby stone quarries for building the mills.  Another gallery in the museum housed a large hooked rug crafted by a member of the family depicting the history of the Du Pont family through visual symbolism.  My 8 year old had fun spotting the skunk, which was some sort of family in-joke.  The final floor of the museum told the story of Du Pont’s pioneering work in scientific discovery.  Essentially if you can name a polymer it was probably invented by the scientists at Du Pont: nylon, neoprene, teflon and lycra were just a handful of those featured in the exhibition.  For the kids, this was the most engaging bit of the museum as there were more hands on things for them to do.  They could climb inside a space suit, pretend to drive a nascar rally car, look through microscopes at slides comparing natural materials to the synthetic versions created by Du Pont and investigate various subjects on touch screen computers. 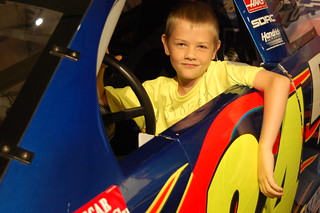 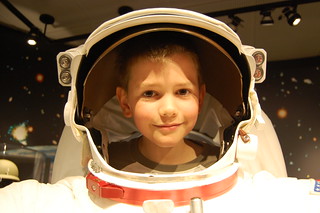 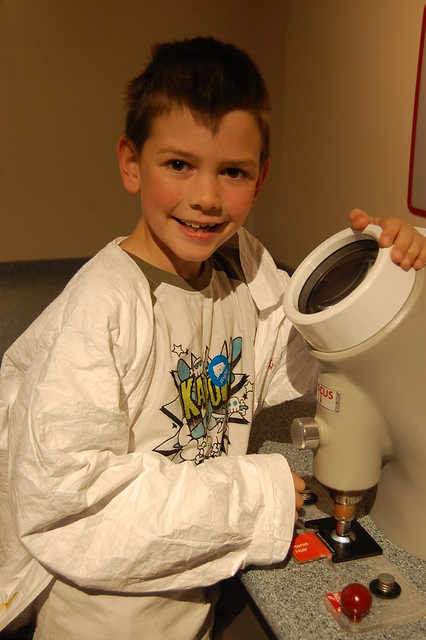 We had been told that the family’s Georgian mansion, on the banks of the river a short distance further on from the powder works, was closed for renovation of its heating system.  We decided early on, therefore, not to trudge all the way to see the house and gardens as we could always return to focus on those another time.  Instead we decided to concentrate on the industrial buildings and take a gentle amble along the tree-lined river bank to see them.

Back home in Scotland, my boys had loved playing among ruined castles, tumble down chapels and standing stones so we thought they would enjoy exploring the ruined powder work buildings as we reached each in turn.  For the most part they did.  They particularly liked scrambling through small tunnels in the building’s foundations and guddling about on the banks of the river.  There was, however, a fair bit of griping and moaning.  It was another one of those days where the kids were tag-team whinging.  Rare was the moment when all four were happy as clams at the same time.  I, however, was determined to enjoy every moment of the trip and Mr Pict and I found the whole trip to be engaging because of the interesting history and also because it was a scenic and peaceful walk  – if we ignored the thrum of child moaning. 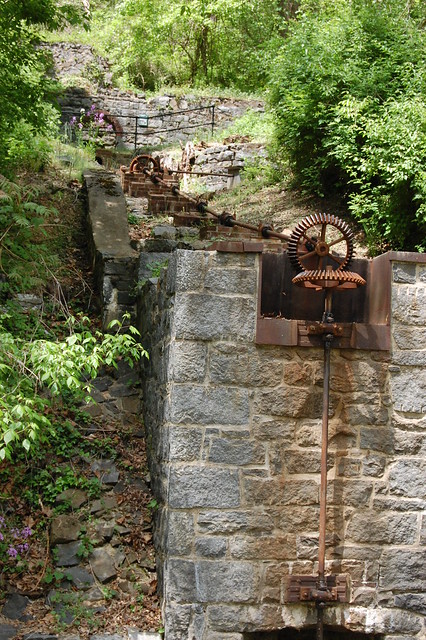 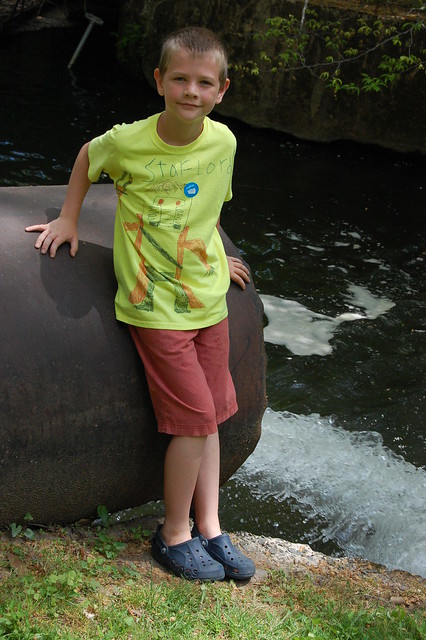 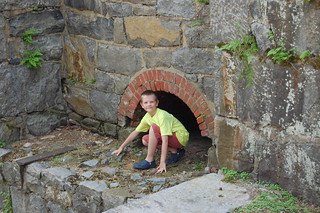 Some of the buildings housed artifacts so we could see the milling equipment, line shafts, methods of sorting the powder into different sized pieces and even guddle around with a model water turbine.  A highlight of the trip was seeing a sixteen foot water wheel in action. 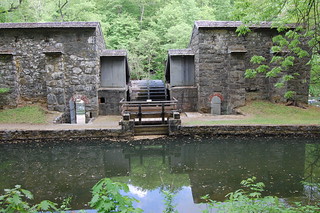 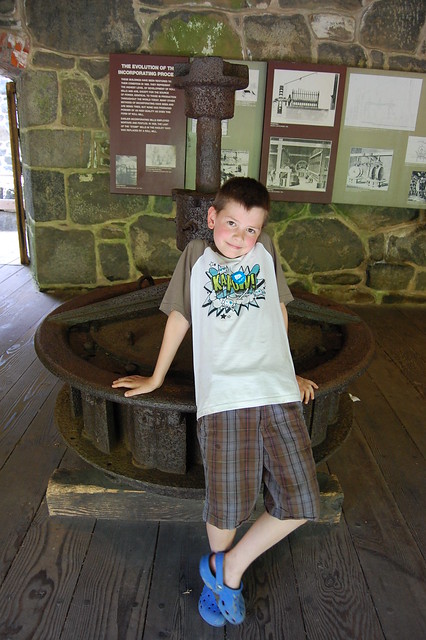 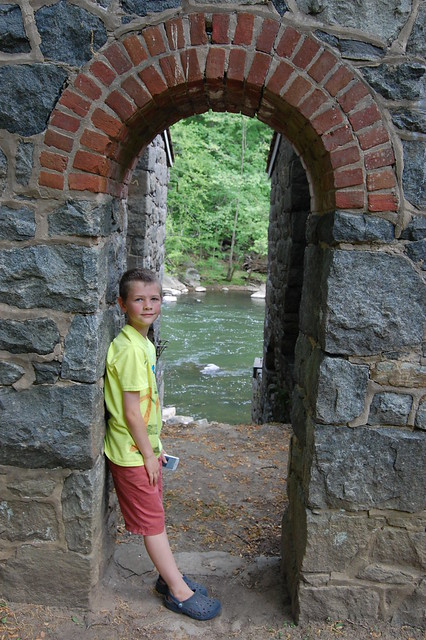 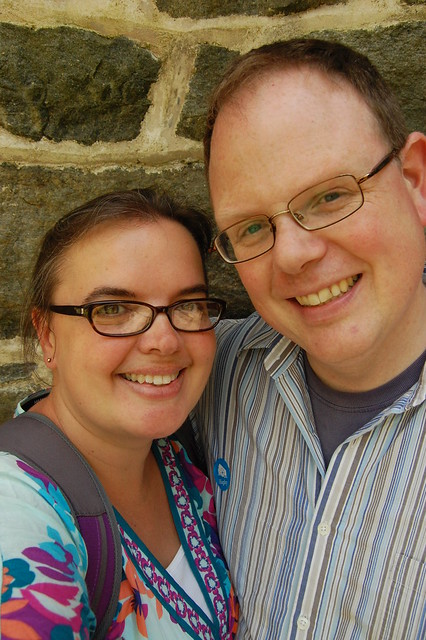 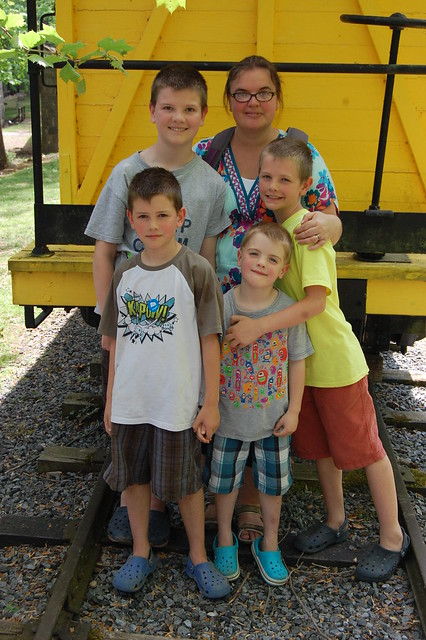 We walked back on the other side of the canal so that the kids could just run around a bit more freely without us stopping to “educate” them at every stop.  They found a ruined powder store that they turned into a stage.  Our 9 year old noticed a circular pile of ramshackle bricks and immediately transformed himself into the Iron-Man Hulkbuster from the current Avengers sequel.  They also did the Karate Kid crane move, did shadow boxing and tried to run up the walls.  It was handy way to get everyone to burn off some energy and everyone’s mood was finally in synch and positive.  Then they found a fuzzy caterpillar, named it Special and starting pleading to be permitted to take it home with us.  Repeatedly told no, the happy vibes got grumpy again.  Sigh. 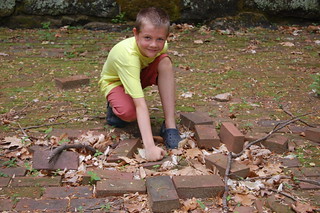 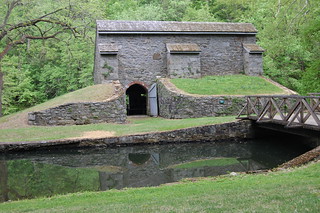 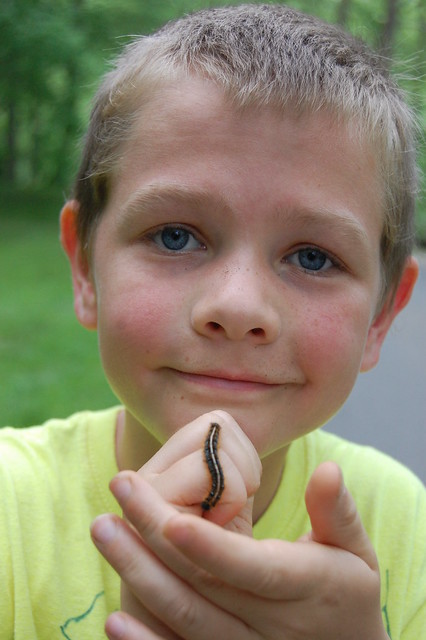 Towards the end of our walk we passed the spot where a building had blown up in 1920 killing five workers.  We could see the remains of the obliterated buildings and the kids enjoyed exploring a piece of metal equipment that had been smashed to smithereens.  It was a useful reminder for the kids to see how dangerous the work at the powder mills could be and to comprehend the power of gunpowder generally. 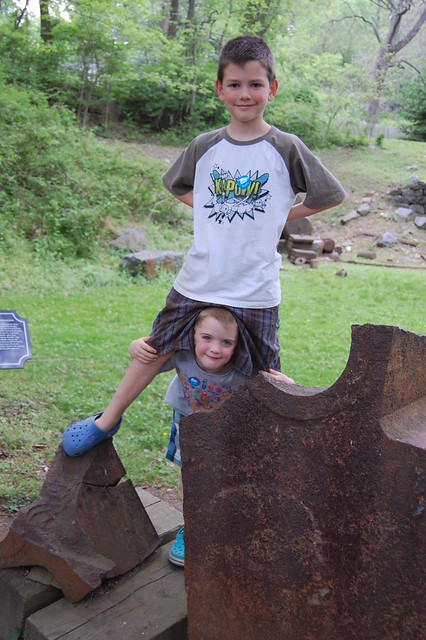 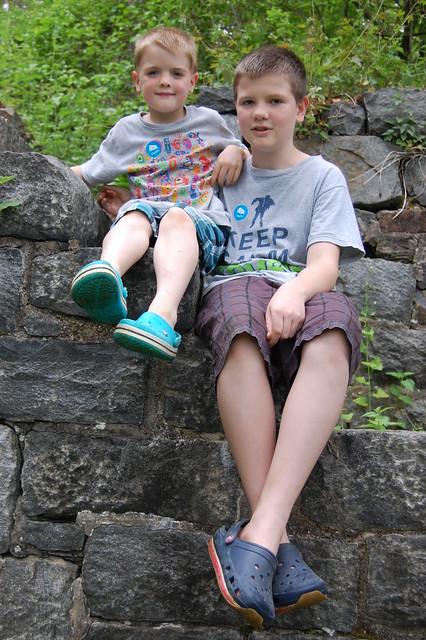 Despite kid grumblings, our trip to Hagley Museum was a great day out.  I would definitely recommend a visit and I am sure we will be back, especially given that we did not manage to see the house and gardens. 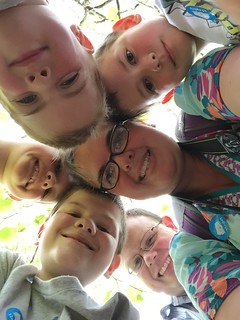