Finally – after two failed plans and on our final day at the Log Cabin near Lead – we managed to make it to Mount Rushmore.

We had been a bit tardy leaving the house and had driven a slow going, not always properly surfaced, cross-country route to get there which meant we did not arrive early enough to beat the crowds.  The place was absolutely hoaching*.  We joined a queue that began on the actual roadside just to join one of the queues to drive into the multi-level parking lots.  It was crazy.  However annoying our experience of waiting to get parked might have been, we were still lucky we arrived when we did.  By the time we left, the queue to enter the parking lot was so long that it took us ten minutes of driving to even see the end of the queue.

The National Park itself was also thronging with people.  Because I hate crowds, I sometimes find myself getting annoyed that so many other tourists want to visit the places that I – also an annoying tourist – want to see.  Of course, the sculpture is on such a massive scale and is at such a high elevation that there is really no risk of the view being obstructed by all the masses gathered below.  I, therefore, don’t really have any cause for complaint. 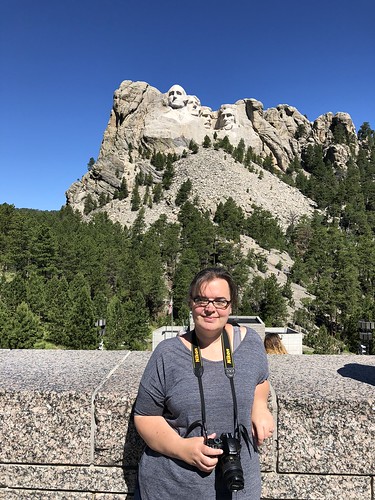 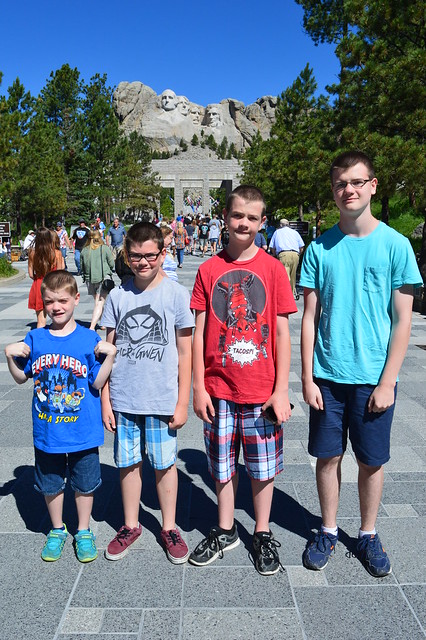 The idea of a gigantic carving in the Black Hills was conceived of in the 1920s and the sculptor Gutzon Borglum was hired for the project.  He chose to depict Presidents Washington, Jefferson, Roosevelt, and Lincoln because they represent America’s founding, expansion, preservation, and unification.  Almost 400 people worked under the direction of Borglum and his son, Lincoln.  We learned that workers had to ascend 700 steps to the top of the mountain to start each working day and then they were handling things like dynamite and dangling from ropes.  I can’t help thinking that the shortage of other employment during the Great Depression must have been one of the reasons that compelled people to sign up for the job.  I know I absolutely could not have done it.  In addition to using dynamite, holes would be drilled into the rock to assist its removal with greater precision.  We saw chunks of this so-called “honeycomb” granite lying around among the rocks and trees at the base of the mountain, which was pretty cool to see.  It was pretty amazing to think that such a process resulted in the smooth carvings we saw high above us. 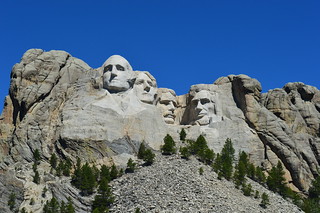 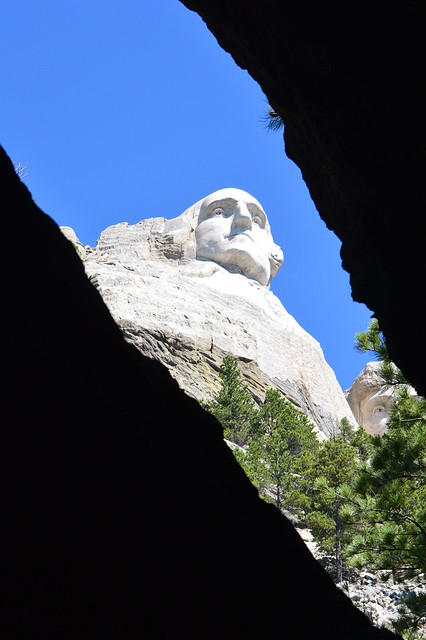 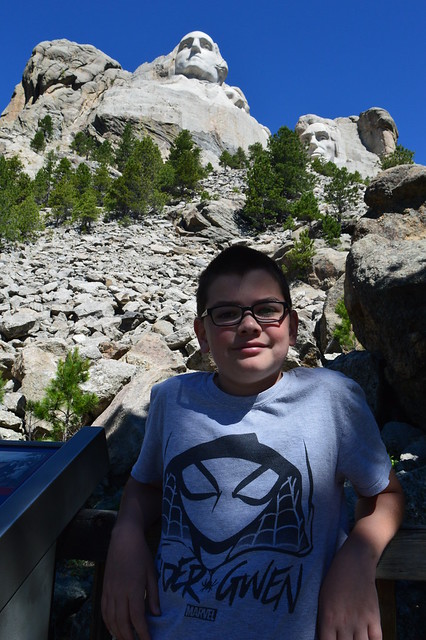 We took the short and easy “presidential path” to get closer to the heads.  All this really achieved was to move us away from the majority of the crowds because, of course, getting closer to colossal heads is all relative.  After we had had a gander at the presidents, I suggested we poke around in some of the other exhibits on site, maybe take in one of the National Park movies.  The kids, however, were not having any of it.  I also suggested that we visit the (ongoing) carving of Crazy Horse which is not too far from Rushmore.  The kids protested once more.  At present, Crazy Horse is just a face.  The boys claim they will happily return with me once the sculpture is complete.  The sculpture is planned to be almost 600 feet high and has been being worked on for 70 years.  I suspect I may have to return without them if they won’t go until its completion. 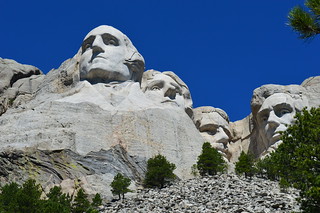 In the end, we agreed we would return to the Log Cabin.  The boys wanted some down time and to soak in the hot tub.  We parents knew we were going to have some real slogs of driving days ahead so were happy to capitulate and let the kids recharge their batteries and their tolerance.  I used the time to do laundry and pack suitcases.  We also had a visit from some deer and a family of wild turkeys.  Later, the two younger boys and Mr Pict took a gentle stroll to see a waterfall in Spearfish Canyon where they encountered lots of downed trees from the recent tornados.  Otherwise we had a lazy time of it and made the most of having room to relax in before hitting the road again. 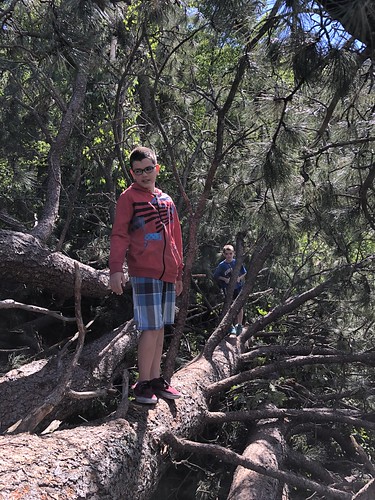 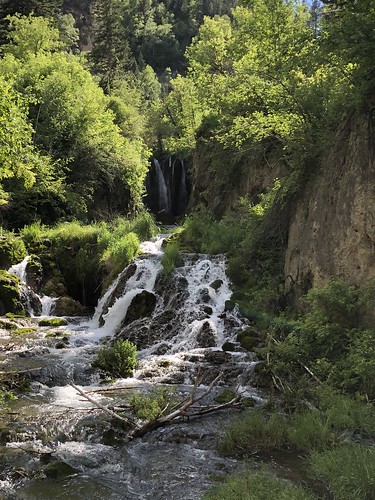 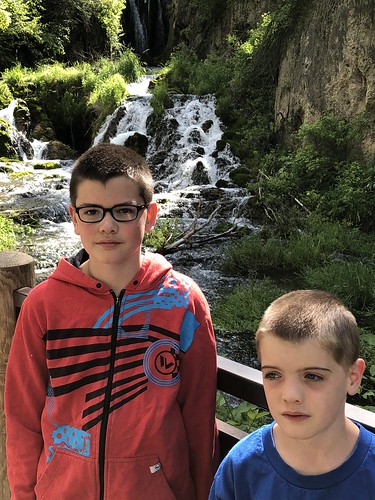 *I used a Scots word so better translate.  Hoaching means teeming or swarming, to be very busy indeed.