One week into December and our holiday traditions are underway.  Despite not being Christians, we celebrate a secular version of Christmas as both Mr Pict and I were brought up with Christmas and wanted to keep those traditions going when we had kids of our own.  Of course, some of the traditions we had back in Britain have had to be mothballed since we emigrated to America.  Pantomimes, for instance, do happen here but are far too expensive for us to attend so no more pantomimes for us for the time being.  We have, however, started new traditions since moving here.  It seems those are already ingrained since the kids were determined that we were going to do the exact same things this year that we have done before.

First among these was the Holiday Light Show at Shady Brook Farm.  We first went in 2013 for our first American Christmas and then again last year.  I offered a suggestion that we do something different this year, another light show even, but the kids shot my suggestions down.  They want repetition and tradition.  So off to Shady Brook Farm we went.  I think the kids like that we drive through all the illuminations, cosy in the car, not having to wander around in the chill night.  They had fun seeing old favourites among the lights and spotting some new additions.  Then we parked up and got out to see the tree and buy some kettle corn and visit the farm shop.  The place was jam packed with people, however, so we didn’t stay too long. 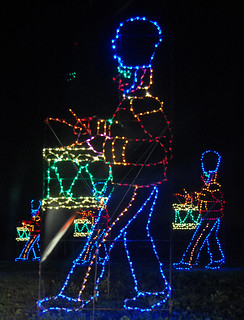 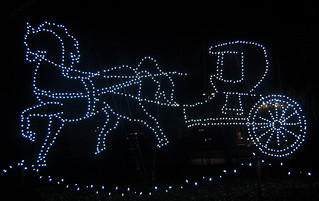 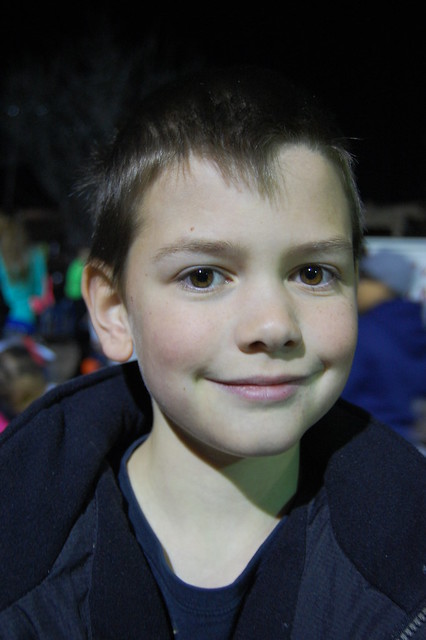 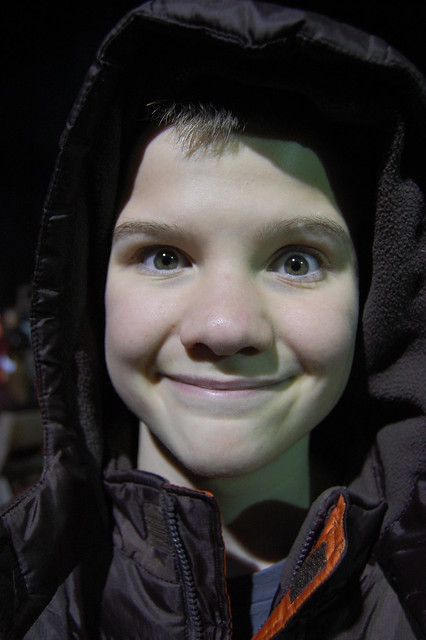 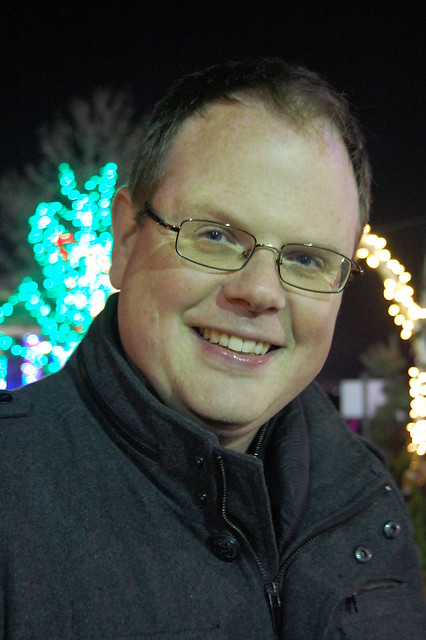 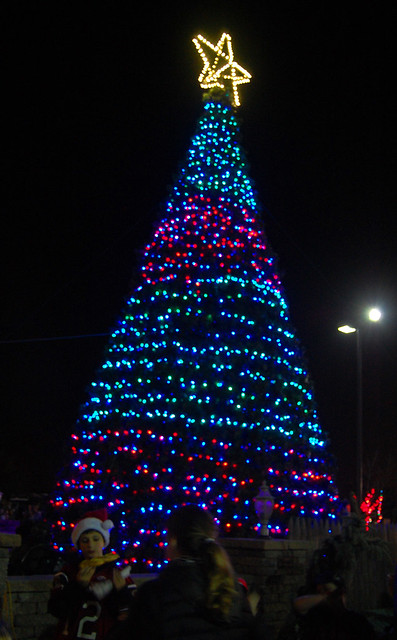 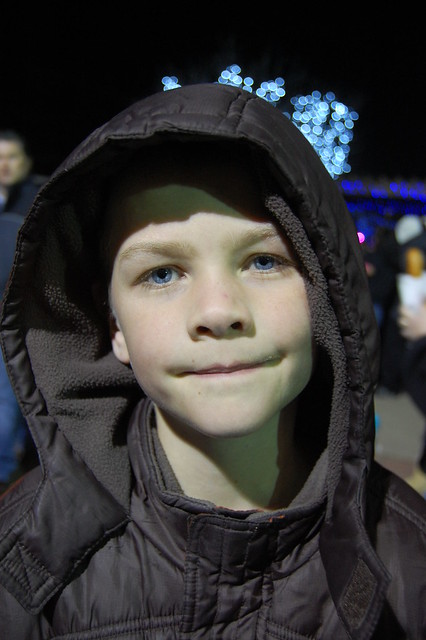 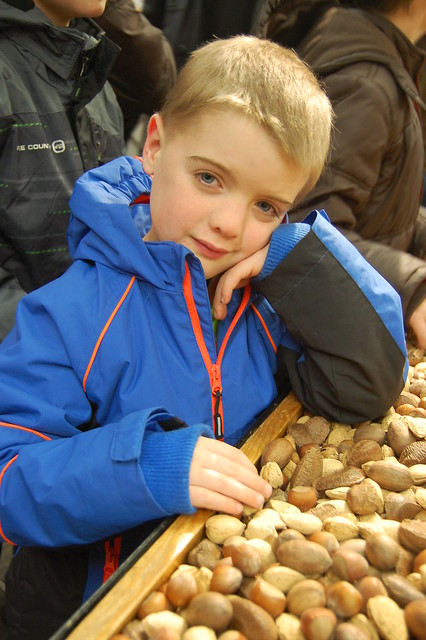 December also means the return of advent traditions to help the kids count down to Christmas Day.  We have a small wooden chest full of drawers that gets open every day plus a Playmobil advent calendar, both traditions we have had since the kids were tiny wee, but now we also have Noel, our Elf on the Shelf.  Now there is a tradition I regret starting.  We don’t do the whole “magical” bit.  The kids know fine well it is me who moves the Elf each night and they know that the Elf is not reporting back to Santa.  For them, finding Noel each morning is just a fun wee treasure hunt.  They look forward to seeing what Elf s up to, either some kind of antics or else a message for them regarding a festive activity.  All harmless fun except that I have to remember to move the ruddy Elf every evening.  Already, a mere week in, I have had to get back out of bed in order to go and move him somewhere, having been jolted out of the land of Nod by the sudden remembrance that Noel is exactly where he was the 24 hours before.  I am also struggling to be very creative with him.  Some people do these amazingly elaborate set ups with their Elves.  Not me.  I just hide Noel somewhere.  If I do a set up, it’s usually something that makes the kids chuckle rather than create magic.  Noel pooped chocolate into a jar the other day.  On the first day, he was found under the Christmas tree with a bottle of liqueur.  That was just as well since I failed to move him that night and I had the excuse of an Elf hangover for why he hadn’t moved. 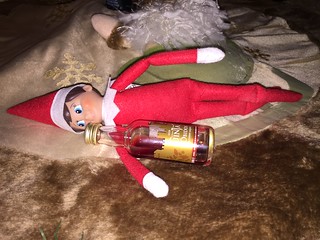 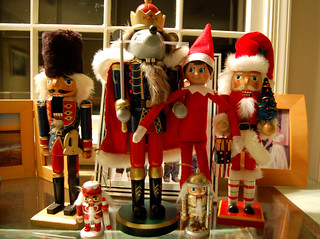 One day, Noel the Elf was found with a gingerbread house ready to be decorated.  I once baked a gingerbread house from scratch but I had a conniption trying to get the walls to stick together with icing and it ended up looking like a total hovel.  I discovered prefabricated gingerbread houses when we emigrated and, therefore, they can become part of our family’s holiday traditions without me losing the plot.  The three younger boys had a lot of sticky fun decorating the house and eating the surplus construction supplies. 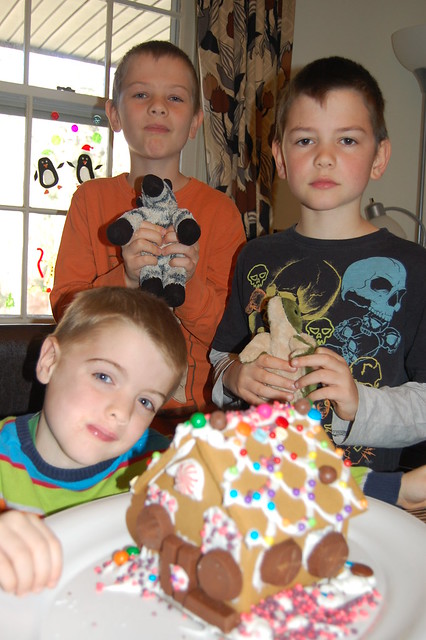 We decorated the house for Christmas right after Thanksgiving.  Mr Pict would rather wait until later into December but all the hassle involved in decorating makes me want to have it last for a good few weeks, more return for my investment.  I don’t go overboard.  We don’t decorate the exterior of the house.  Yet.  Mr Pict wants to get stuff for outside but I don’t know that I could deal with the additional hassle.  Bah humbug.  Sorting out the twinkly lights for the Christmas tree was quite enough stress, thanks very much.  It was worth it though: the formal living room has a lovely glow to it now. 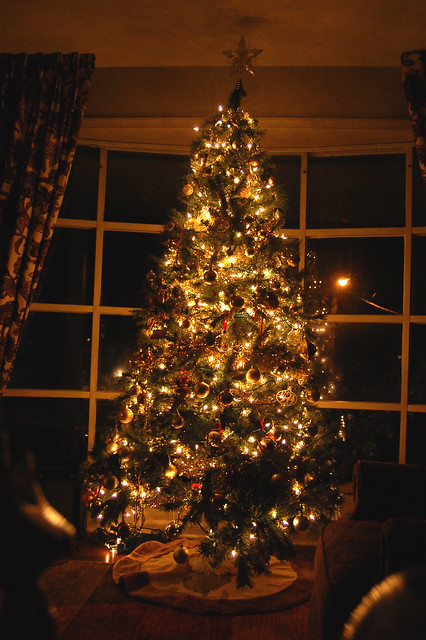 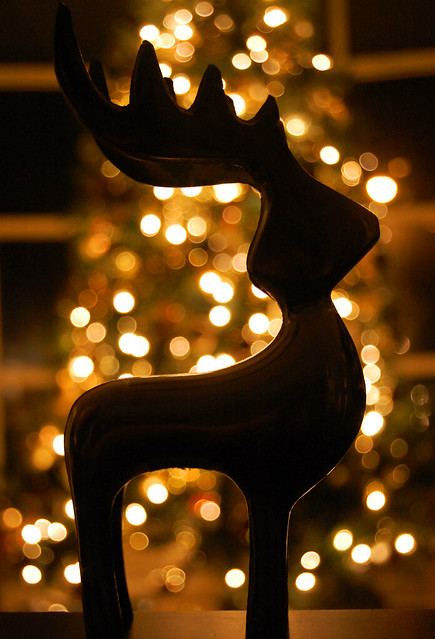 The sweetest thing, however, is that my 6 and 8 year old boys made their own advent calendar.  Playing outside in the garden one evening, they gathered up 12 rocks and decorated them with a sharpie in order to depict the Twelve Days of Christmas.  They then brought it indoors and arranged it on the kitchen floor as a surprise.  Which it was.  A delightful surprise.  I do love it when my kids are creative, experience a spark of inspiration.  We now have the rocks arranged on the windowsill.  Just to add to the cuteness, my youngest keeps singing that the third day is “three henchmen”.  I am now changing the lyrics in our household.  That’s another new holiday tradition. 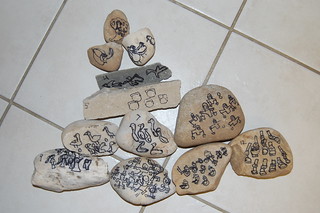