Gananoque is the main town in the proximity of Lake Charleston.  We needed to grab a few provisions so we headed into town and thought we would take some time to explore as well as do the practical job of grocery shopping.  I had thought we would visit the local museum in order to learn something of the history of the Thousand Islands – Gananoque being the launching point for day cruises around and to the islands – but the kids did their peasant revolt thing and Mr Pict was not feeling it either.  They had all really got into the vibe of an inactive vacation whereas I was still in the mindset of needing to fill time with activity. 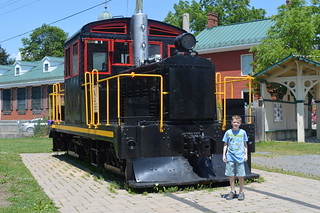 Gananoque’s main street – King Street – looked like a pleasant place for a wander so we decided to park up the car and get out for a stroll.  We had a nose around a few of the stores.  The one we spent a lot of time in was a book store.  It sold a mixture of new and second hand books and all were arranged on shelves by genre.  The usual methods of categorisation were present – such as classics and crime fiction – but there were also fun ways of organising the books such as books that are much better to read than their movie adaptation might suggest.  I have a slight addiction to buying second hand books – often leaving our local library with a bargain from their discard shelves – but I managed to resist temptation.  Mr Pict bought a couple of history books. 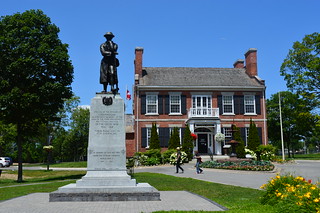 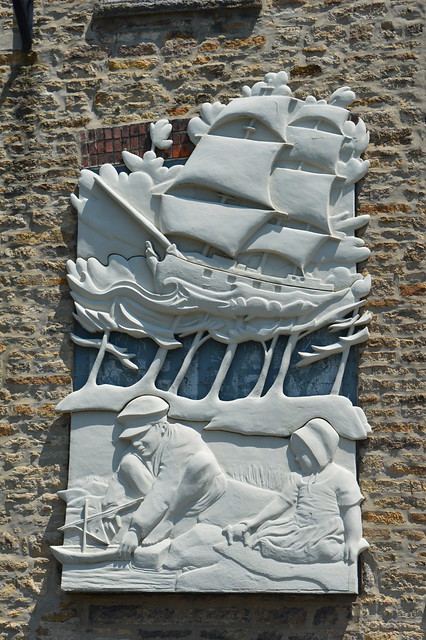 We bought some drinks and ice creams from a lovely little cafe and were super-excited to see that, among the baked goods it had for sale, they had millionaires shortbread.  This is just blocks of shortbread with a topping of thick, oozy caramel, and a slab of chocolate as its lid.  What we were excited about was the fact they called it millionaires shortbread which is a label we have not seen since we left Scotland.  A little taste of home does the soul good so we bought some to have for dessert that night. 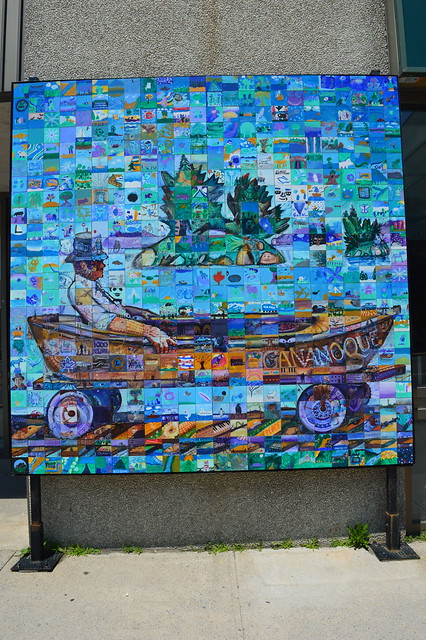 Last stop in Gananoque was to see a statue of a fish that sits in the grounds of a motel complex.  It celebrates the world’s largest muskie (which I did not even know was a type of fish) that was caught locally.  The fish weighed something like 70lbs, which I guess is quite a lot of fish.  I don’t fish, have no interest in ever doing so, and clearly know nothing about it since I did not even know a muskie was a thing.  I do, however, love random roadside monuments, especially anything carrying the label of “world’s largest”, so I had to go check it out.  It was just a massive concrete sculpture of a leaping fish but I was happy to achieve something touristy. 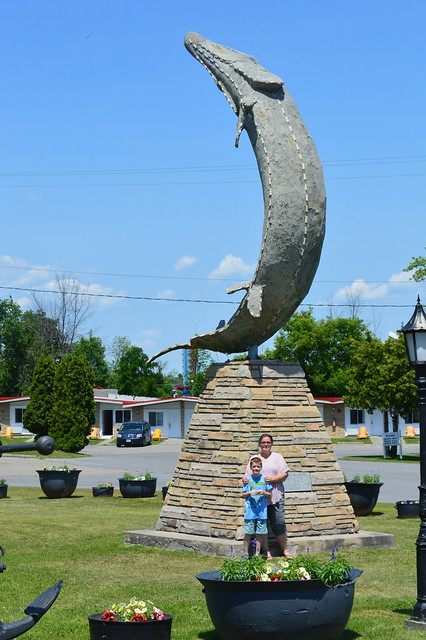