I actually managed to complete an art lesson this week.  I worked on this in stages while cooking dinner over several evenings so I am glad it was a project that allowed me to break it down to that extent.  The phased stages mean that I for once thought to take some process photos.  The lesson was for Let’s Face It and was taken by Angela Kennedy.  The idea was to paint a trio of female figures interlinking or interlocking in some way, subtly different but cohering through use of the media.  I used ink and watercolour only because that was what I had easily to hand and those are the media I work most quickly with.  Instead of adding detail to the figures’ clothing, I sprinkled salt on to create some interest.  I think that also helps maintain focus on the faces.  I have two sisters (and a bundle of brothers) but I don’t know that this trio are three sisters together.  Maybe three witches ready for Halloween. 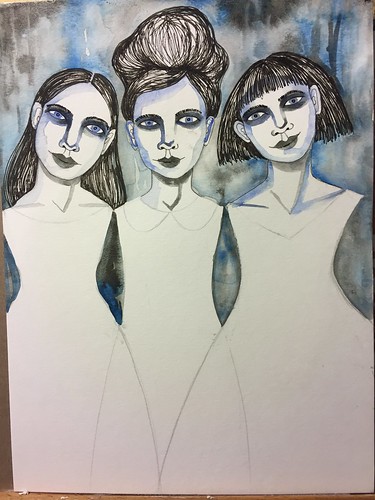 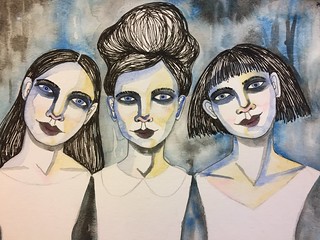 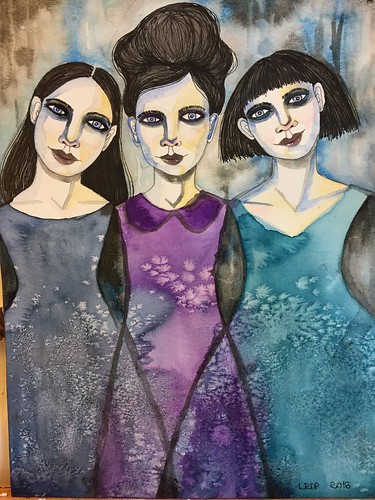 Despite being a mini lesson, it still took me all week to get around to completing last week’s Let’s Face It lesson.  The tutorial was taken by Angela Kennedy and the focus was on drawing and painting a variety of hair styles.  This is something I have been pondering myself lately as I have noticed I tend to draw and paint hair the same two or three ways over and over.  Therefore, with my 100 Faces series over on my other blog I have been trying to illustrate a wider variety of hair styles.  Following advice from one of my kids, who knows I know nothing about hair or style, I have been eyeball stalking people’s hairdos for inspiration.

Kennedy’s demonstration was in simple ink pen and watercolour.  This was very welcome since I was super short on time.  I decided to challenge myself to work small so cut four 3X4.5″ pieces of watercolour paper.  Having four little oblongs of paper in front of me made me think of either the four elements or the four seasons and so I plumped for using the latter as a theme.  I used the hair of each face as a practice for a particular watercolour technique.  Spring, therefore, has a wash of one colour with more concentrated areas of the same colour added in wet on wet; Summer has a concentrated wash of one colour and then I dropped water in to dilute and puddle the paint in some areas; Autumn has a wash of one base colour and then I painted two further colours on top of that base; and Winter was a wash of watercolour with table salt sprinkled into the wet paint.  I was rather rushed and impatient when it came to painting the faces and experienced some bleed between colours by not ensuring one was dry before adding the next colour.  It was a risk I knew I was taking yet still hoped to avoid.  Working small and in a rush was perhaps not the best circumstance.  Having blank space beneath the heads, I took that as an opportunity to practice my watercolour lettering again. 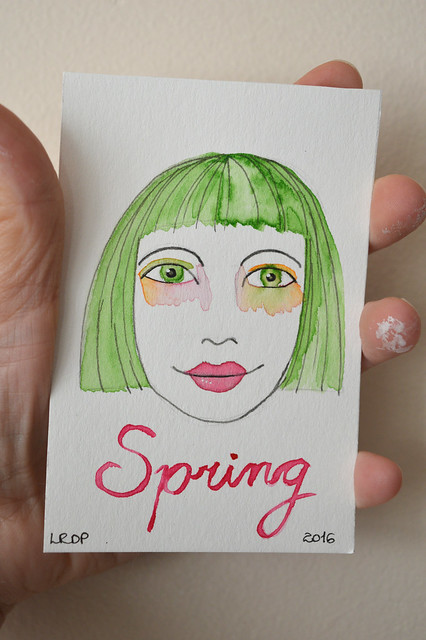 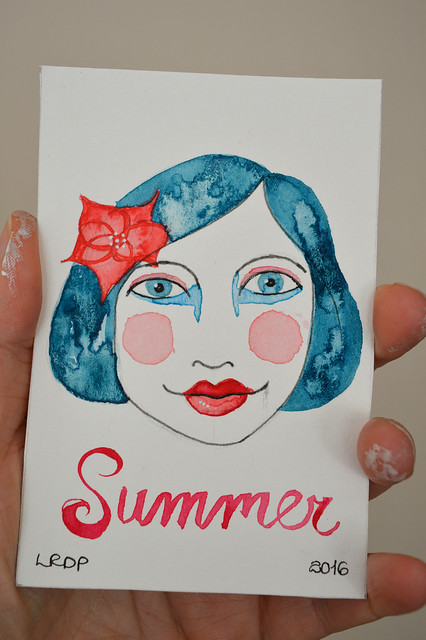 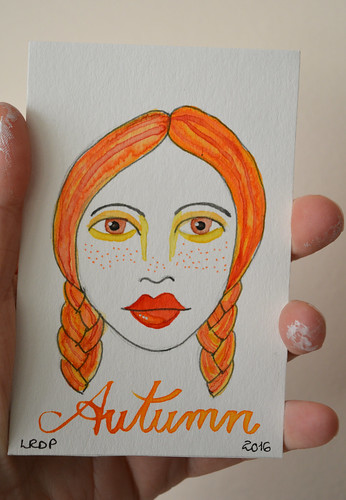 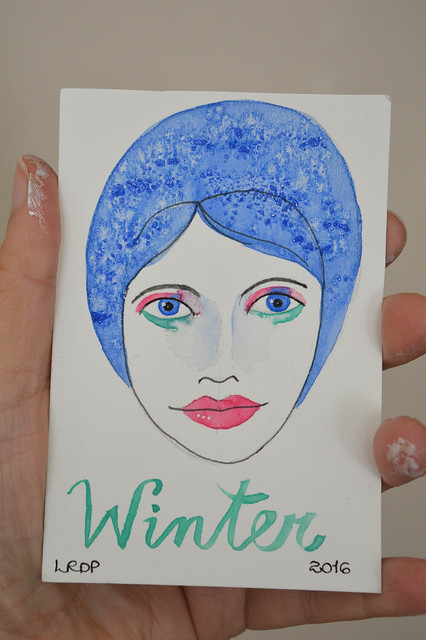 PS  I had not removed all of the salt from the Winter piece before I photographed it as I found some patches were still a bit too damp.