In addition to returning to old favourites and nearby haunts, we have been very gradually exploring more of the state parks in our surrounding areas.  Our most recent trip was to Evansburg State Park, near Collegeville.

This was an area first settled by the Mennonite community.  Mr Pict and the Pictlings are descended from Swiss Mennonites who emigrated to and first settled in Pennsylvania (though not in this area) before migrating north.  That then was an added bit of interest for me, as a family history nerd.  Our trek started off next to a building that I assume dates from that era of the area’s history.  The main feature of the woodland landscape is the Skippack Creek which carves the landscape up into steep ridges and leads the pathways to curve and wind and double back on themselves.

We set off on one of the multi-purpose trails.  It was a lovely, peaceful spot and I enjoyed spotting some definitive signs of Spring asserting themselves in the woodland.  Farewell, Winter.  The boys loved climbing trees and scampering down embankments to watch the water, or throwing small branches into the creek to play Pooh Sticks.  The younger trio then spent some time engaged in imaginative play, orcs and hobbits I think. 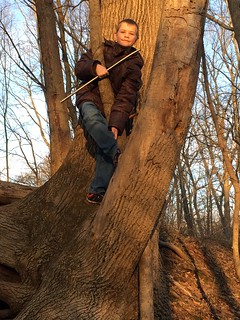 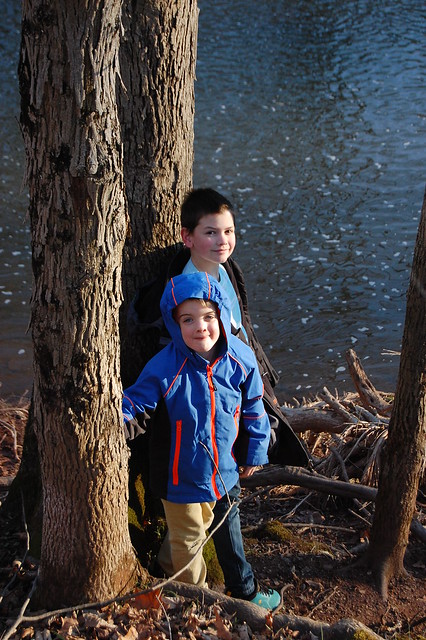 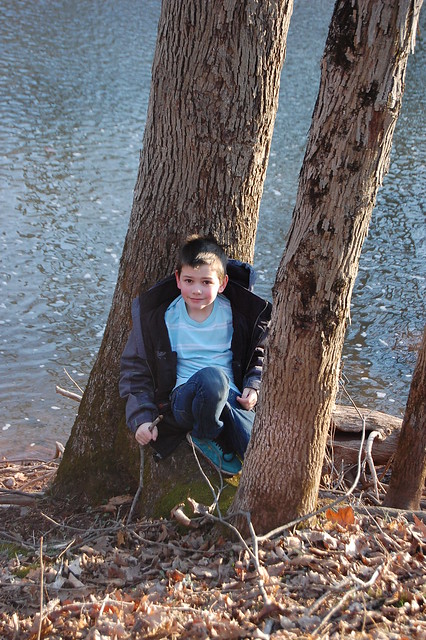 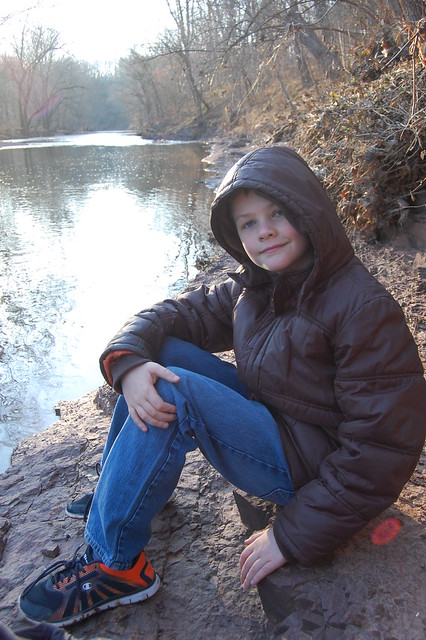 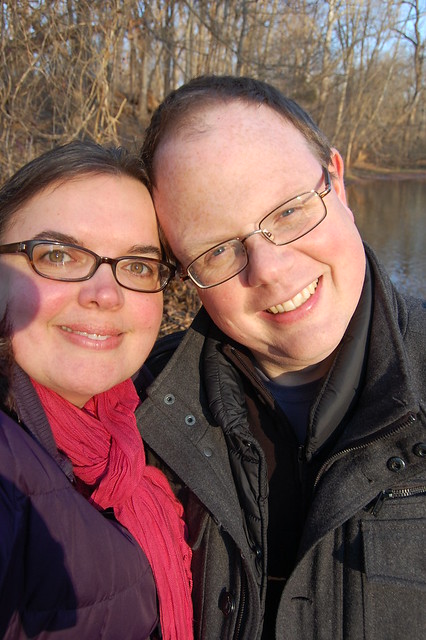 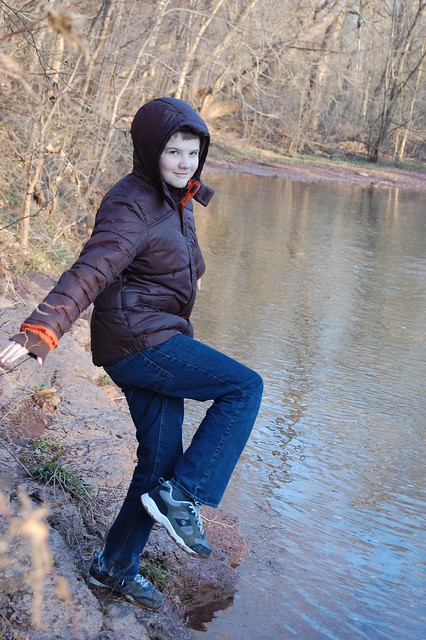 All four boys like to do this running, leaping, bounding, climbing, dangling escapade in the great outdoors that I can only really describe as “woodland parkour”.  That was when things got messy.  The entire walk was incredibly muddy under foot.  The pathways were essentially “quick mud” and we walked the trail by navigating a route that followed yet did not involve actually stepping on any of the trail paths.  Of course, as soon as the kids started racing at speed through the woods, more focused on leaping and jumping, they started sploshing in the mud, sinking into it, making loud sucking squelches as they withdrew each foot.  My youngest made literal the metaphor “feet of clay”.  My oldest lost his footing on one leap and ended up ankle deep in a stream.  The sticky, clay mud was so unremitting and tenacious that we were all entirely plastered as we trudged back to the car park and, apart from Mr Pict who was driving, we all journeyed home bare foot.  It took me two hours of scrubbing to clean our shoes. 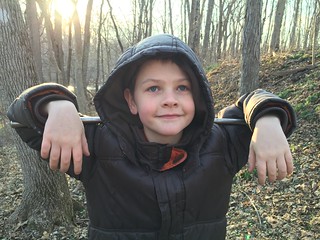 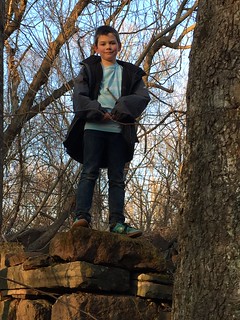 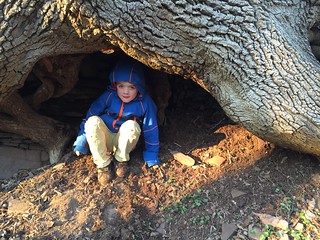 It was a lovely spot to explore, however, and we will definitely return in a dryer season.

*PS It seems my recent run of bad luck with appliances and electronics has not yet concluded.  During this particular walk, my Nikon DSLR decided to shuffle off its mortal coil.  I am not a very capable phone photographer and, therefore, the quality of photography in this post drops off somewhat at the end.  Anticipate my photos being duff for a while until I can either repair or replace my DSLR.*