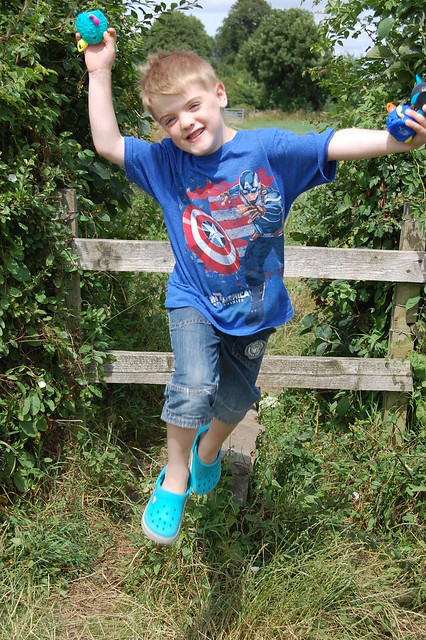 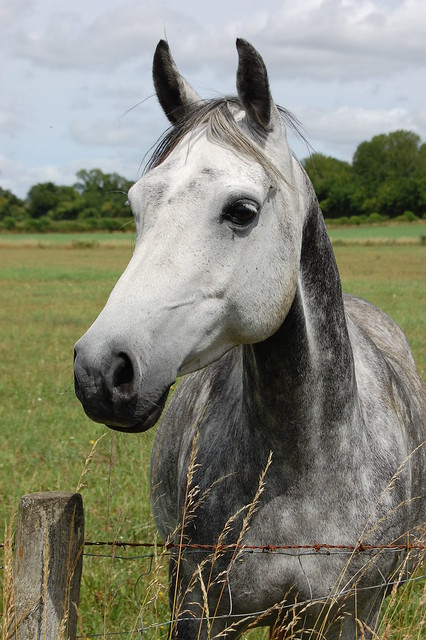 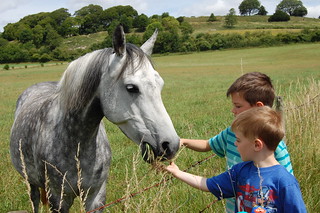 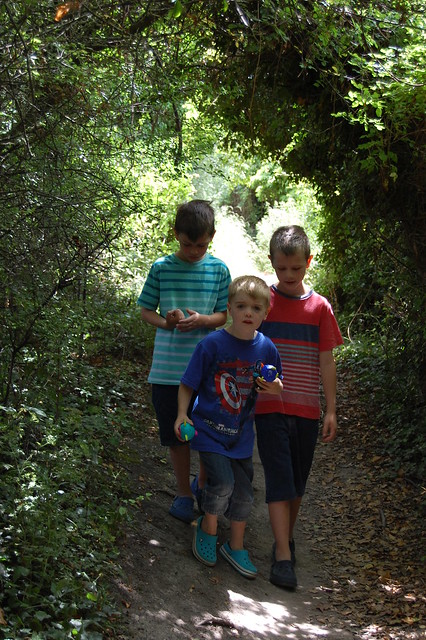 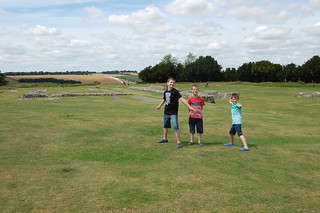 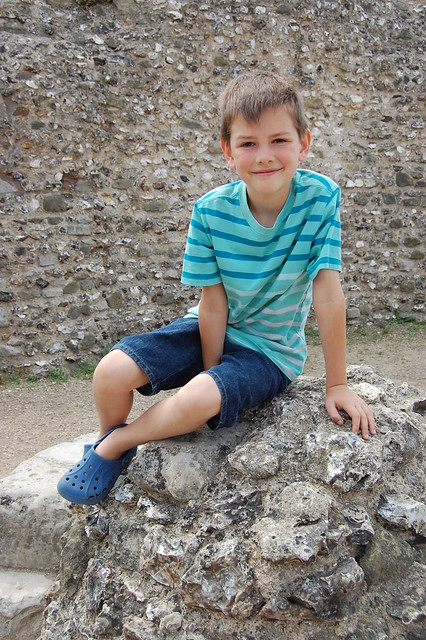 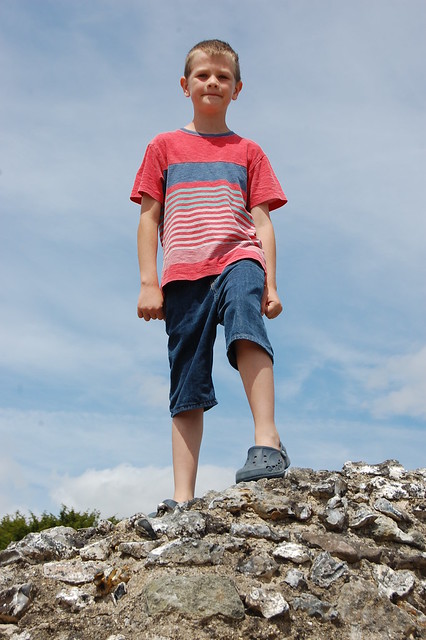 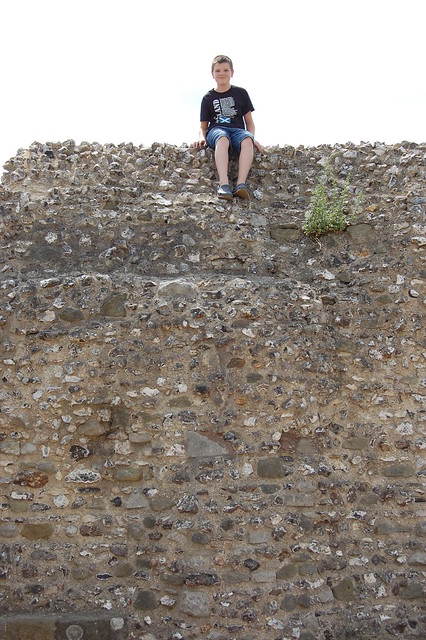 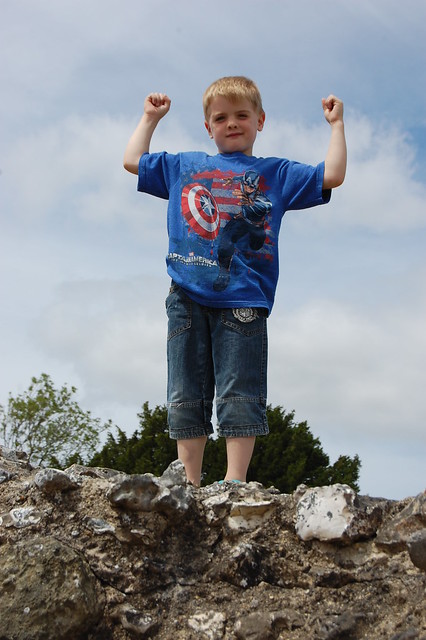 In order to break up the long car journey from Fife to Wiltshire, we decided to stop off on Hadrian’s Wall.  We had been to Hadrian’s Wall a few times before, including hiking stretches of it with a toddler and a baby in 2006, but we never tire of it – especially Mr Pict since he is a fanatical geek when it comes to ancient Rome.  Our original plan had been to visit Vindolanda, an extensive fort with a fantastic museum.  However, we made such terrible time on the first stretch of our journey that we decided not to commit too much time to a single site and to instead visit two or three sites along Hadrian’s Wall, ones that were free to access so that we didn’t feel we had to stay in any one spot for too long.

Hadrian’s Wall – a defensive barrier between Roman occupied England and Scotland, running wild with ferocious Picts like me – stretches the width of Northern England from the Solway Firth in the West to the Tyne in the East.  There were forts approximately every five miles and milecastles in between.  It was essentially the boundary marker for Roman Britain.  It is popular with hikers and history enthusiasts and it passes through some wonderful landscapes and wonderful, sleepy little villages.  It has been a UNESCO World Heritage Site since 1987 and I think it ought to feature on everyone’s travel “bucket list”.

Our first stop of the day was the Temple of Mithras near Carrawburgh.  The last time we took the kids there, it was raining, the fields were completely water-logged and the temple was submerged under water.  We were glad, therefore, of the opportunity to give them a proper visit.  The trio of carved altars at the end of the temple are reproductions but it still provides a clear indication of what the structure would have looked like.  The cult of Mithras emphasised valour and honour and as such was popular with Roman soldiers and that means its proximity to Hadrian’s Wall makes complete sense. 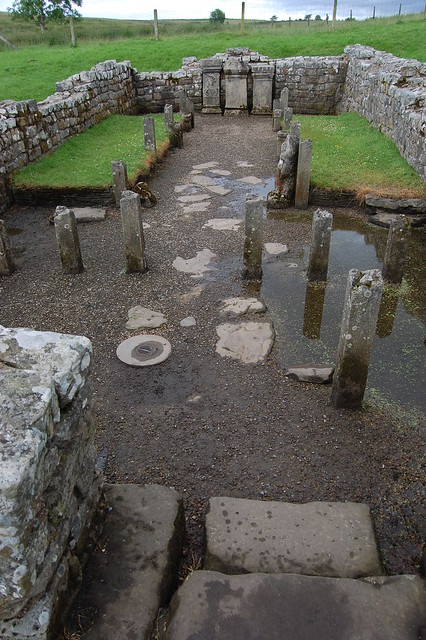 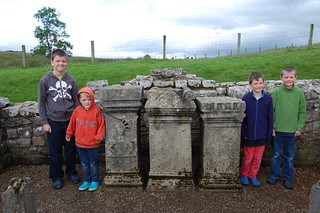 Next stop was just a little further west along the route, at Steel Rigg.  This was our first visit to this site and it proved to be a perfect example of the way in which the Wall had been built to conform to the contours of the landscape.  It sloped downwards from hill to valley – where the remains of a milecastle were clearly visible – and then it sharply climbed up a steep and craggy hill.  As we walked down the gentle slope towards the milecastle, the littlest Pict took off at high speed on his sturdy little legs and didn’t stop.  He bounded up the steep, rubbly path as if it was flat ground.  He was nimble as a mountain goat, confident and fearless.  I, on the other hand, was petrified – especially when he galloped past other visitors on the narrow path and was right on the edge.  It was also incredibly blustery and the strong winds did not help me feel secure on my feet as we ascended.  The view from the top was spectacular as it was possible to see the Wall stretching off into the green horizon in both directions.  If ascending had been nerve-wracking, descending was even worse.  The wind had picked up even more plus the perspective looking down at drops onto crags and boulders rather than facing into the rocky path was really amping up my acrophobia.  My boys meanwhile were leaping from rock to rock, practically pirouetting on the edge of the path, bounding down the narrow path, and were making my knees quake. 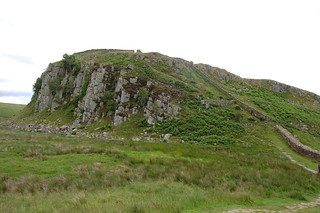 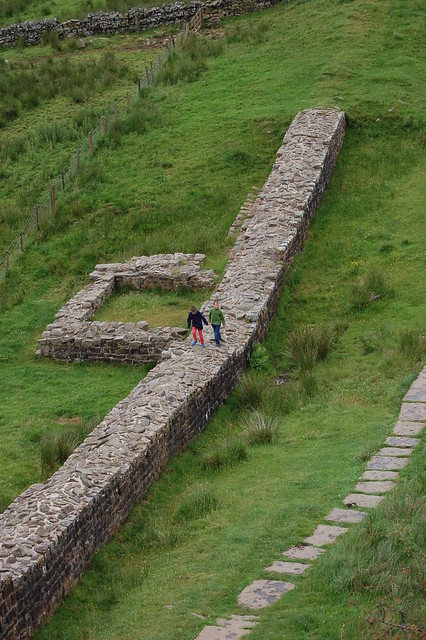 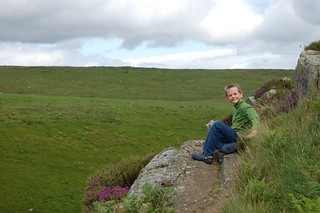 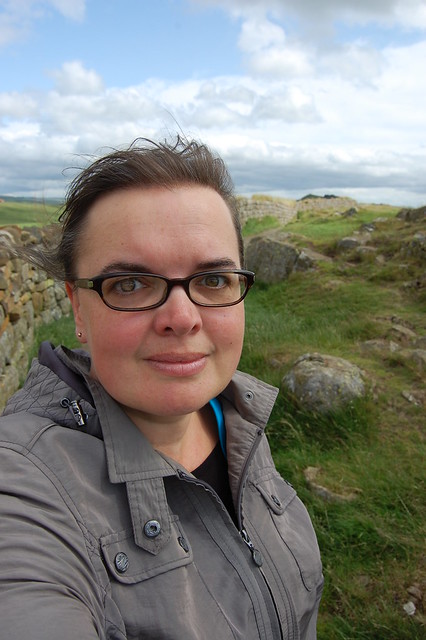 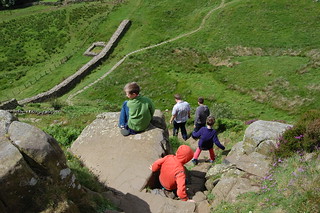 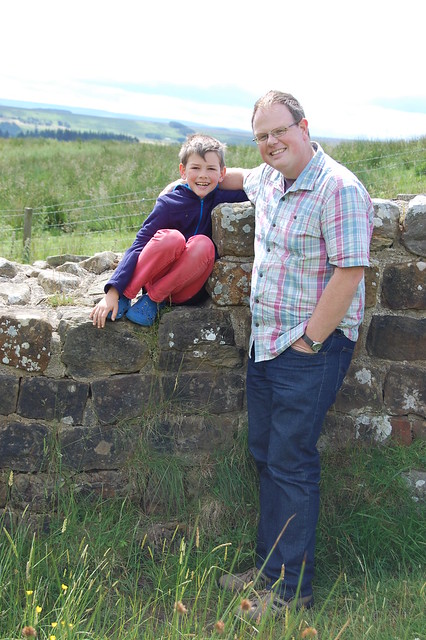 Our last stop on that visit to Hadrian’s Wall was the stretch that is near Cawfields Quarry, which we have visited before.  The quarry itself is rather picturesque, a massive triangle of rock rising above the quarry which is filled with water.  The boys spent some time watching birds floating around on its surface.  However, the quarry cuts right through the wall which is visually dramatic but archaeologically devastating.  The three younger Pictlings and I headed along the path to checkout the milecastle, one of the best preserved along the entire Wall.  The walls of the milecastle as well as Hadrian’s Wall itself are really thick at this point so my kids had fun climbing over the walls and pretending to be Roman soldiers guarding the fort. 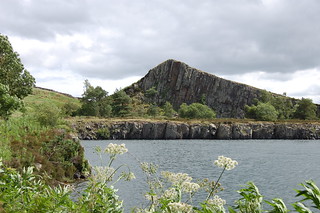 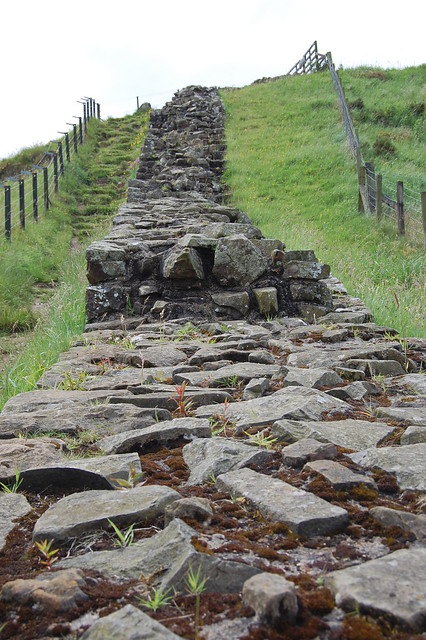 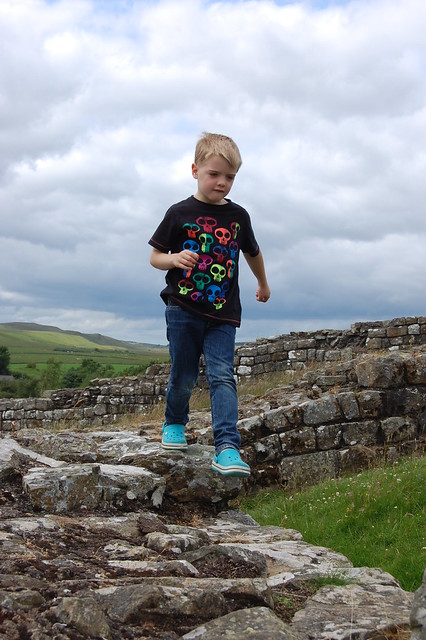 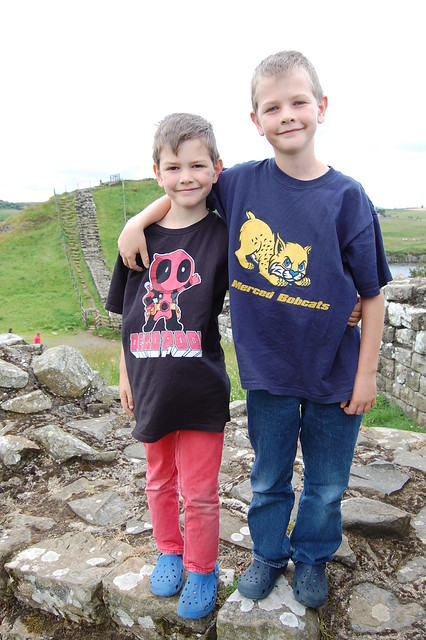 We would have loved to have crammed in a few more spots on Hadrian’s Wall but it was mid-afternoon when we finished our exploration at Cawfields and we had not even had breakfast yet.  We also had a long journey ahead of us still as we had to get to Wiltshire at the other end of England.  I have no doubt, however, that we will return to Hadrian’s Wall again some time.