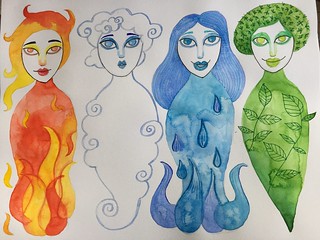 I won my place on the Mixed Media Mythology course through Julia Osterc and her Loving Road blog.  It was her lesson on Gaia that I tackled next.  In Greek Mythology, Gaia was one of the first gods, was the creator of Earth, and Mother of the gods and Titans among others.

Osterc’s approach to depicting Gaia was very intuitive, fluid, and organic.  That is not an approach that ever particularly rewards me.  I, therefore, took a different approach to constructing the painting.  I did, however, borrow three particular ideas from Osterc’s exemplar: the idea of Gaia as maternal or even grandmotherly, incorporating maps, and using collage elements as finishing details.

I have not drawn an elderly person for over two years so I really liked the idea of tackling the face of an older woman.  That then became the focus of my painting, getting that right. I clearly need some practice in this area but overall I am satisfied with what emerged.  I think she looks like a kindly granny.  I used a map from an old atlas as the clothing for Gaia, and I used an image of the globe from a postage stamp to become a pendant, forging that connection between her and Earth.  I used shades of green and blue for the same reason. 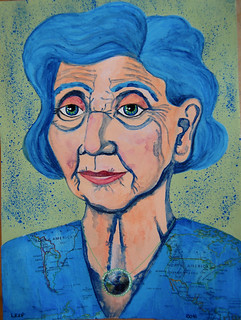 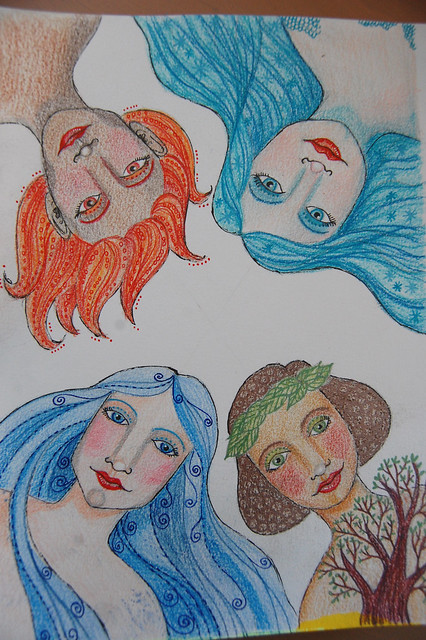 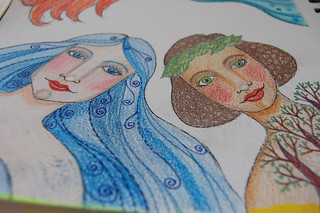 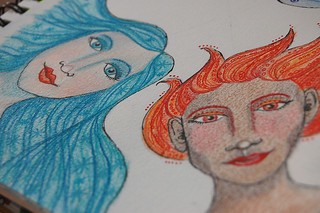 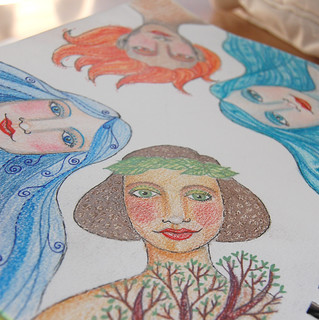