The eighth day of our road trip was rather uneventful as it was really all about repositioning from our base from Arizona to Utah.  It was touch and go whether we were going to be able to relocate to our next vacation rental because the area was in the midst of a raging wildfire, the biggest uncontrolled fire in the country at that point in time.  After reassurance that the particular area had been missed by the fire and that the fire was moving away from there, we decided to go ahead with the plan – albeit with an awareness that we might have to evacuate at short notice.

The troops were getting hangry by the time we reached Page so we pulled over for something to eat.  It had to be something quick so we could get on the road again and it had to be open.  That limited our options.  We, therefore, ended up in Jack in the Box.  That was OK though since none of us had ever eaten in a Jack in the Box before and we could convince ourselves that part of our road trip itinerary was to experience regional fast food.  Page is a strange place.  It was built in the 1950s to house workers who were building the Glen Canyon Dam.  It’s position on Lake Powell, however, meant that it continued to grow because of tourism.  Personally I failed to see the attraction of the place.  It didn’t have much character or charm.  The best thing I could say about it was that it was conveniently located in the middle of nowhere to offer some respite to weary travellers.

Not long after we departed Page, we crossed the border into Utah – a new state to claim for our kids.  When we next needed to stretch our legs and have a break from driving, we pulled into what we took to be a large layby.  What it actually turned out to be was a public shooting range.  It took me a while to absorb that.  As a Brit, I can barely wrap my head around the concept of a shooting range let alone a public one.  And the fact it was open air and barrier free just added to my befuddlement.  We were the only people there so we were entirely safe to get out and stretch our legs.  The kids found the place fascinating.  The ground was completely littered with spent bullets and shell cases.  I am probably not using the correct vocabulary because I know zilch about guns but you get the idea.  My magpie-eyed 11 year old loved all the shiny metal.  It was a bit like a disco floor in the desert sand, the way the metal glinted in the sun. 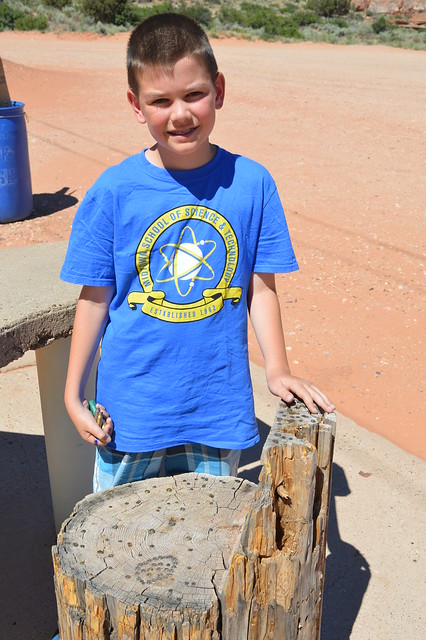 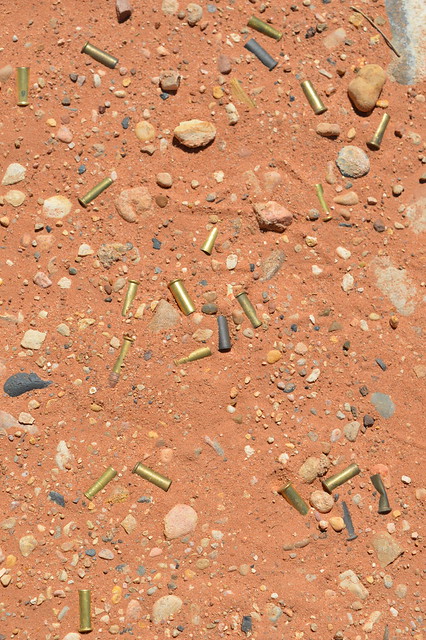 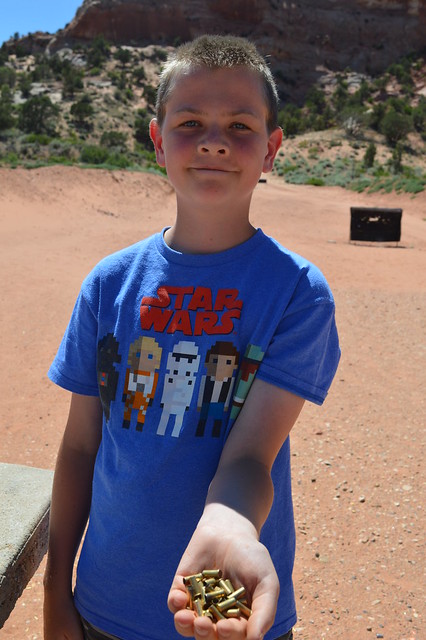 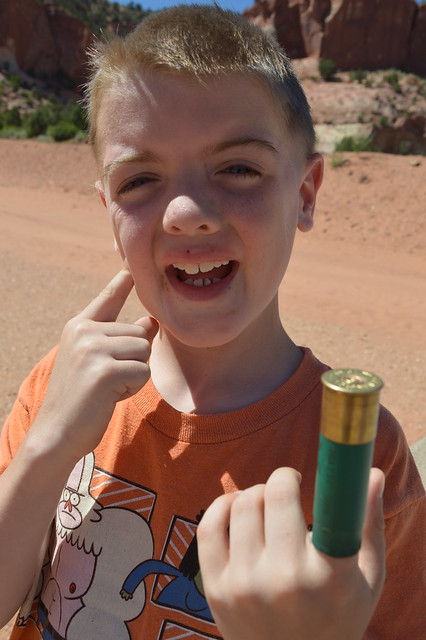 Comfort break over, it was back in the car and off for the final leg of our journey.  We knew we were on the right track when we could see the huge plume of smoke from the forest fire on the horizon, like an otherworldly cloud.  We wondered if our chosen route would be blocked but, while side roads were closed, we were able to press on to our final destination: Duck Creek Village.  We had rented a timber house nestled in the woods to be our abode for two nights.  When it comes to preferred landscapes, I find I am always most content when among trees.  It was, therefore, perfect in that regard.  It was otherwise a bit of a weird location, however, as it was too far from anywhere to be convenient but was surrounded by other houses so was not isolated enough to offer that sense of peaceful seclusion either.  In fact, the house across the road from ours had a loud party until the wee small hours on our first night there.   While it was not the perfect vacation property for us (especially since we had just been a bit spoiled in Flagstaff) the kids loved being able to go out and explore in the woods and play around the exterior of the property.  Lo and behold, they managed to find shotgun cases and an arrow.  Ammunition seemed to be the theme of the day. 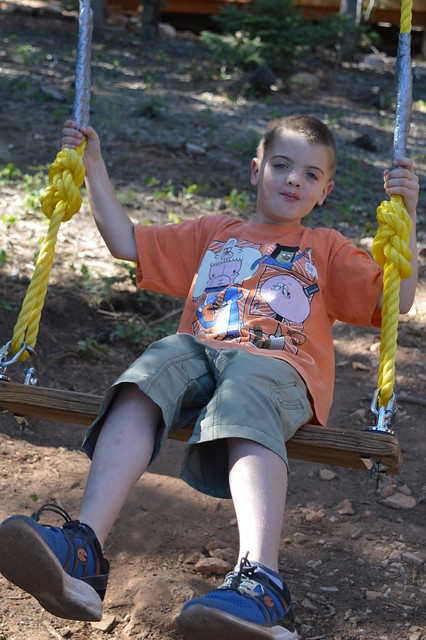 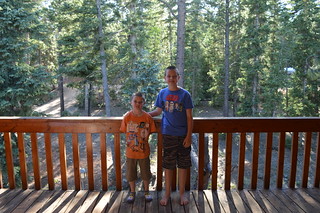 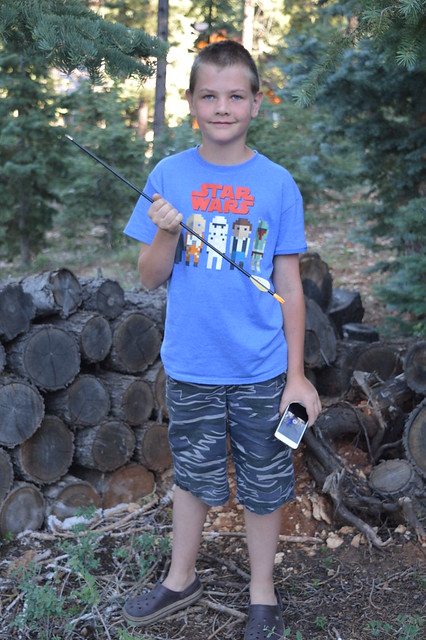 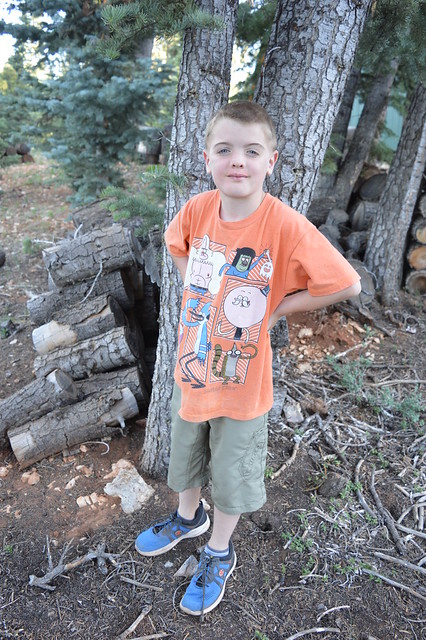 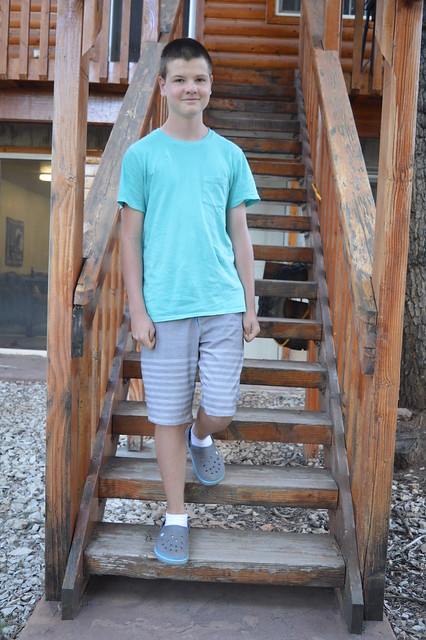 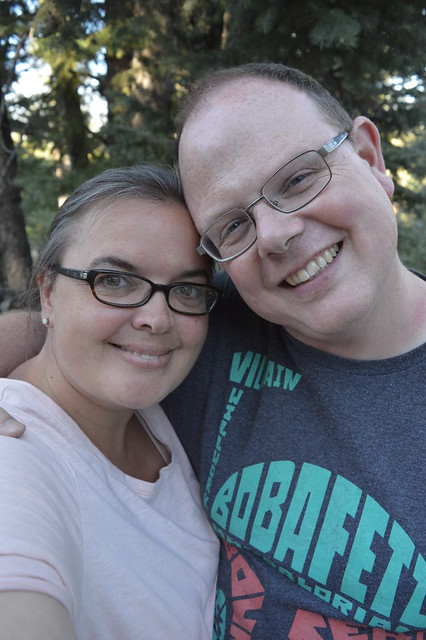