Given it is only a hop, skip, and a jump away from where we live, it is embarrassing that we had never visited Wissahickon Valley Park in the 2.5 years that we have lived in America.  It was, therefore, time to go for a woodland wander during last week’s Spring Break.

The area that encompasses the Park comprises 1800 acres.  It is going to take a few visits to thoroughly explore the area so we opted for an easy dip into the landscape by taking a trail that led to the Thomas Mill covered bridge, the only remaining covered bridge in Philadelphia and indeed the only one left within an American city.

We wandered along a path that followed the shape of the Wissahickon Creek as it runs towards the gorge.  There were a number of fallen trees along the route which the boys enjoyed climbing and scurrying along.  The youngest two also scampered up a leaf and twig strewn embankment only to realise how steep the climb had been when they had to make a slow, stumbling, and careful descent.  They also tried to skim stones along the surface of the creek and had running races along the trail path.  Lots of energy being burned off.  Just what we parents like to see. 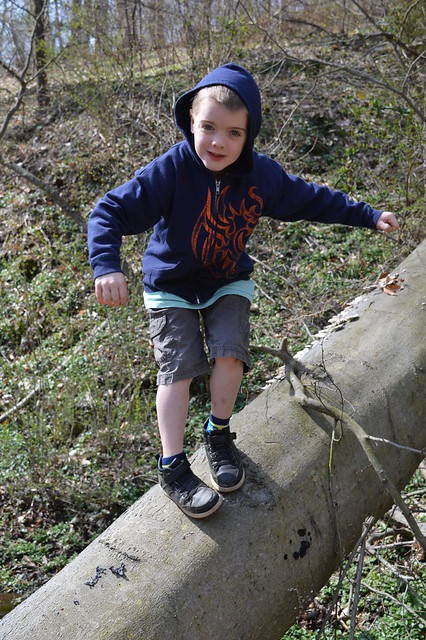 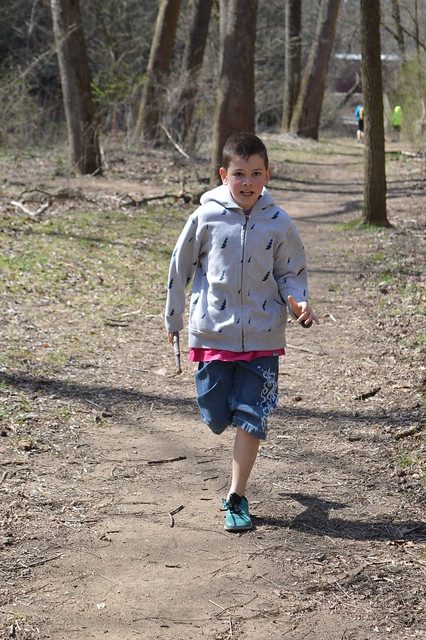 The covered bridge itself was a wee bit disappointing, I must admit.  Although it was built in 1855, I doubt that any of its original parts remain.  It was restored by the Works Progress Administration during the Great Depression and again in 2000.  The wood trusses all looked distinctly new and, as such, it was a tad lacking in character, little history seeping from it.  I do love covered bridges though so it was still well worth seeing. 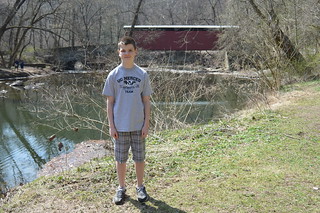 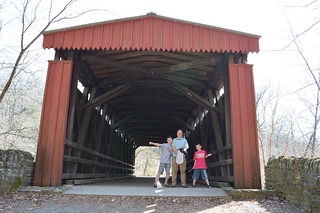 We crossed the bridge and decided to walk back to the car on the opposite bank of the creek.  Whereas the path there was completely level and stable, this path was made up of outcrops of large boulders, swift changes in surface level, and tree roots.  It was quite frankly all the better for it as it made us feel as though we were more immersed in nature and the boys could do all their nature parkour larking around on the trail and the surrounding embankments.  We stopped for a while beside a small waterfall and rocky pools so the boys could splash around and leap from rock to rock.  Amazingly, only one of them fell in. 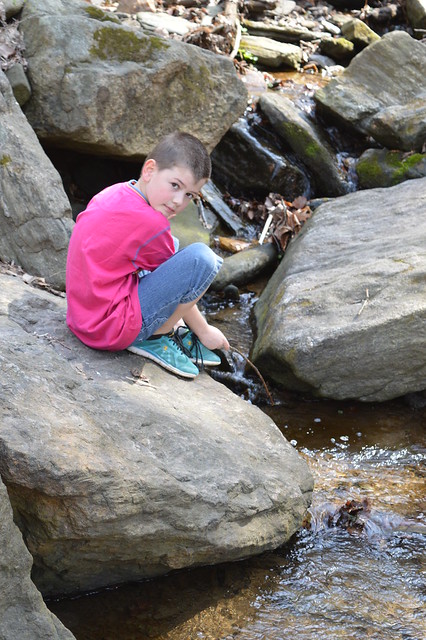 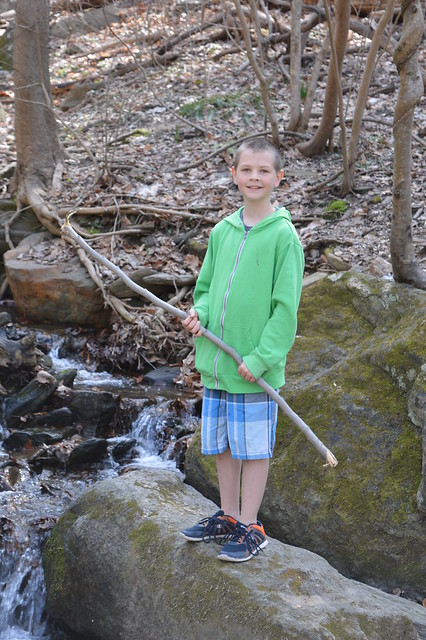 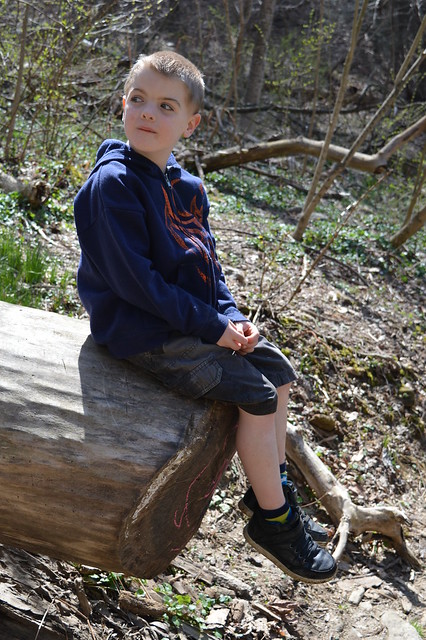 Now that we have finally visited Wissahickon Valley Park, we will definitely be drawn to return time and time again and explore more of its trails and features.