Having blogged about the introduction of Peanut to Satchi, I thought I would update on how things stand just over a month later.  In that previous post, I was hopeful that they would become friends and I am happy to report that that is indeed the case. 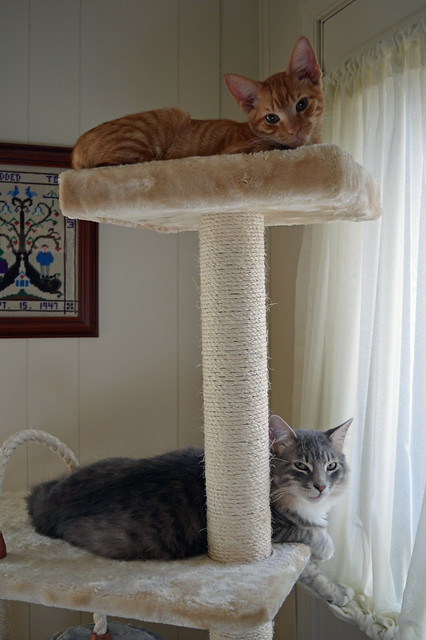 The two cats are chalk and cheese in many respects –  one slow and limping; the other speedy and agile; one large, chubby and extremely fluffy; the other tiny, sleek, and slinky – they seem to work very well as an Odd Couple.  At first they seemed to set out separate territories, chilling out in different rooms, giving each other plenty of space, but gradually I found that more often than not I would come home and find them curled up together on the sofa or snoring away on the same bed.  They are also very playful together, playing chase, wrestling, playing hide and seek, more rough and tumble wrestling.  A few weeks ago they even started grooming each other which was sweet.

They are good companions.  I think they love each other.  We are so relieved. 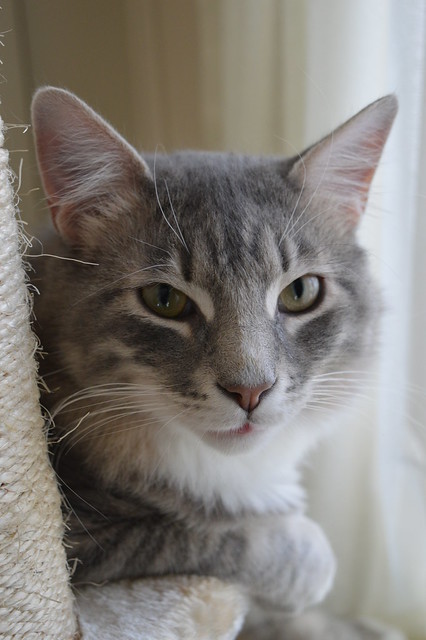 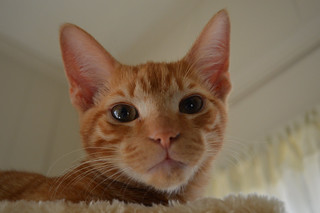