My 13 and 9 year olds must have been in dark, horror fan moods because one created a zombie and one created a plaque that was essentially a body that had been attacked by a zombie. Mayhaps I have been taking the zombie thing too far with them this summer, what with Night of the Living Dead location shoots and all, but I am happy to have some more zombie fans in the family. 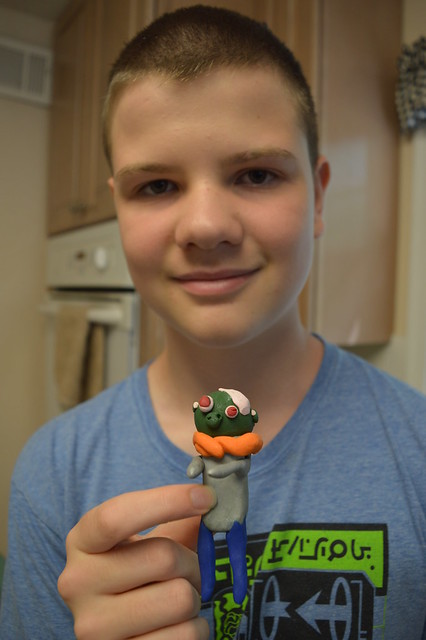 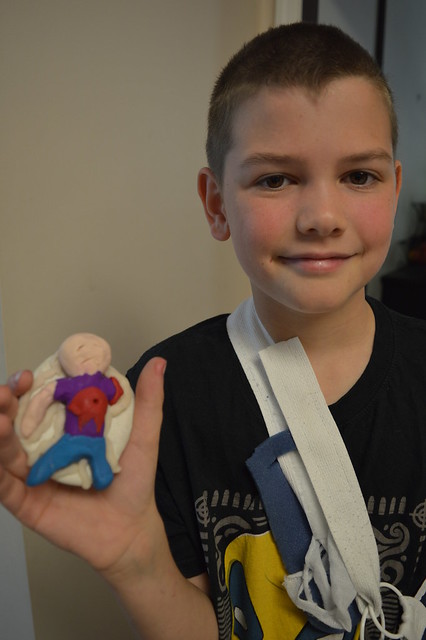 My 10 year old is following his older brother’s footsteps and getting into Minecraft so he created a Creeper figure with the clay.  My 7 year old decided to make a tiny, adorable bunny rabbit complete with tiny carrots.  He also made a bunch of other tiny little things.  He’s all about making small things he can easily shove in his pockets – which then easily end up in the washing machine. 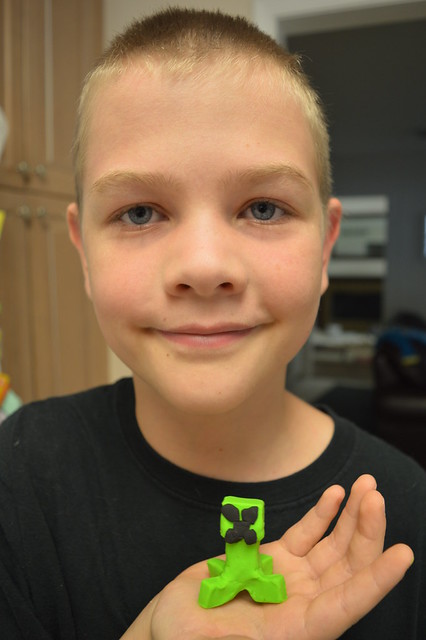 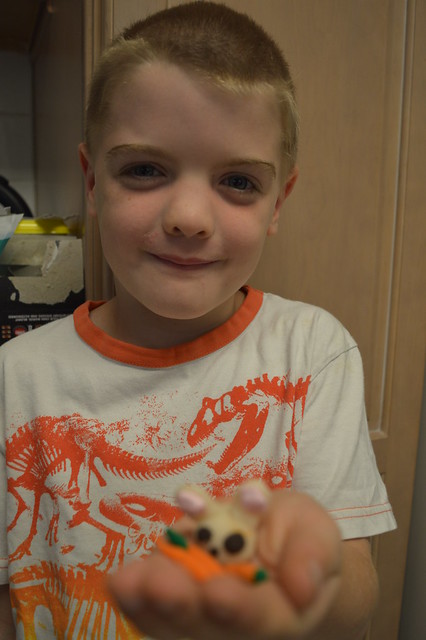 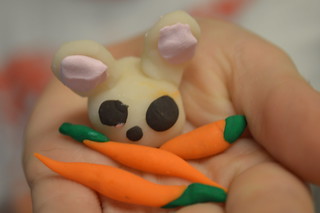 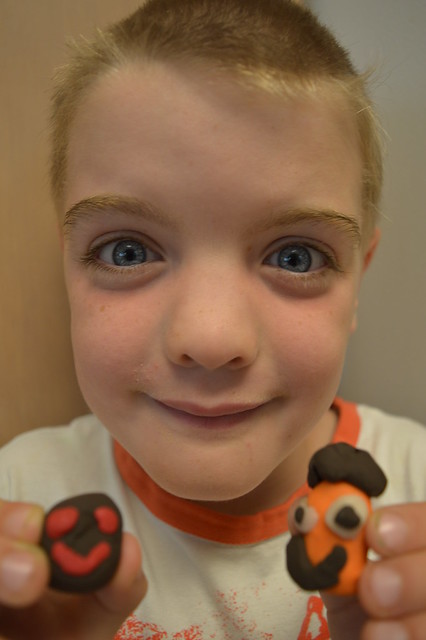 I decided to join in too and I sort of fused what my kids were doing, combining zombies and bunnies to see if I could create tiny polymer clay versions of my zombie bunny characters.  I can see those ending up in my 7 year old’s pockets too. 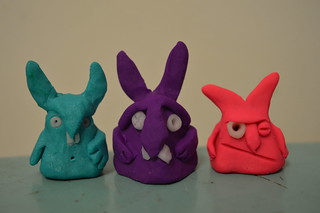 Our next summer activity was to sculpt with air dry clay.  Back in Scotland, we had used air dry clay several times during our summer projects – to make ancient Greek pots, for example, when learning about ancient civilizations – but this time I wanted to let the boys have complete and utter free rein.  I thought it would be interesting to see what they came up with.  I advised on technical issues but otherwise I was able to leave them to it.

My oldest son was over at a friend’s house so it was just the younger three for this activity.  They spent quite some time sculpting – sometimes smooshing their creations up and starting over – and then we left them to dry for a couple of days.  They dried out pretty quickly, perhaps because the hot and humid summer means the air conditioning has been on.  Once they were dry, we got the acrylic craft paints out and they set about decorating their sculptures.

My 9 year old has been making comic books featuring a character from his imagination (who looks a lot like him, a resemblance he denies) so he decided to sculpt that character from clay so that he had his very own, one of a kind, comic book collectible.  My 10 year old loves myths and legends so he made a red dragon.  My 7 year old made a three-eyed slime monster but wanted to challenge himself to make some very tiny sculptures.  He is one of those kids who loves to have tiny wee toys in his pocket so the idea of some small things appealed to him.  In addition to the slime monster, therefore, he made a tropical fish, an apple, and a hot dog. 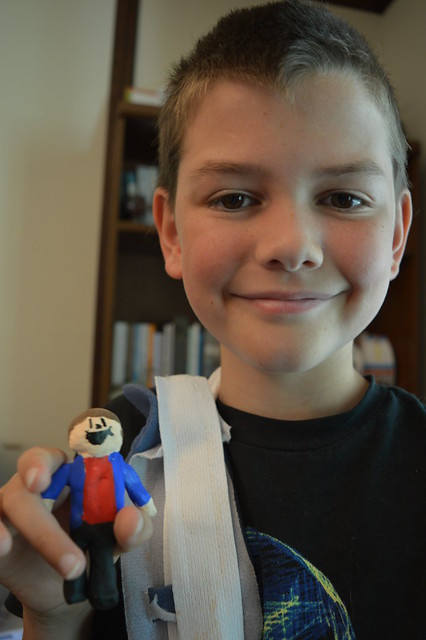 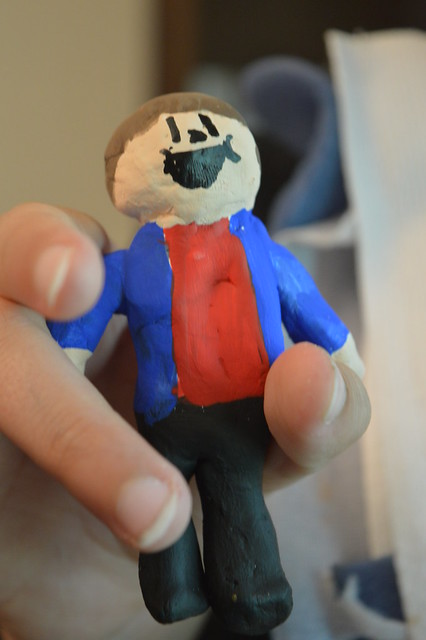 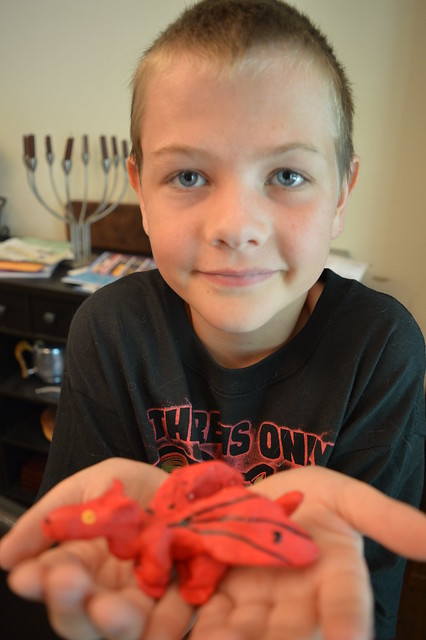 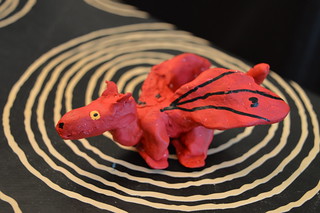 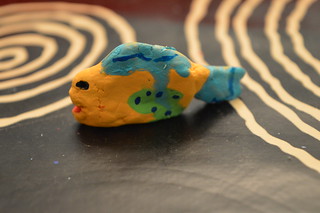 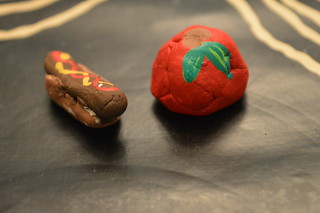 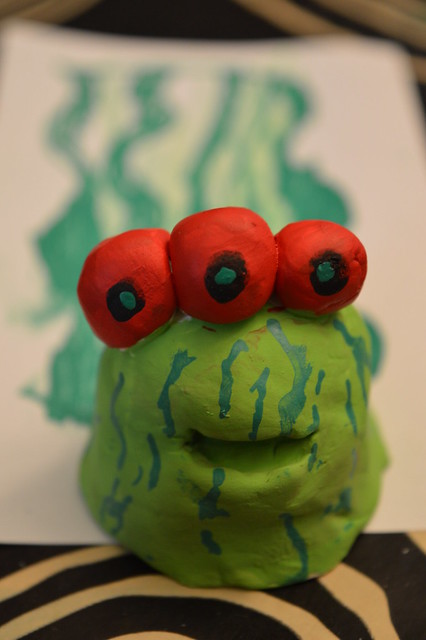