It is not unusual at this time of year, as Summer slowly starts to wend its way into Autumn, to start finding dead cicadas on the ground.  Cicadas produce the sound of the summer – a modulating, thrumming buzz like the sound of hundreds of tiny maracas or drum kits.  Finding their corpses, therefore, is a signal that summer is nearing its end.

I was collecting in the washing from the line when I spotted a cicada hobbling across the patio.  Guessing it was injured, I picked it up.   I studied the cicada in my hand and noted that he was missing a leg.  I assumed a bird must have tried to eat him.  What a shame, I thought, to be missing a leg.  My youngest son is also obsessed with cicadas and collects their shed skins so I knew he would be interested in seeing a cicada and especially one who, like our older cat, was missing a leg.  But incredibly it was only once my kids were handling the cicada that I realised he was missing more than a leg.  He was, in fact, missing his entire abdomen.  This cicada was managing to hobble around and climb without having a body.  It was the Undead! 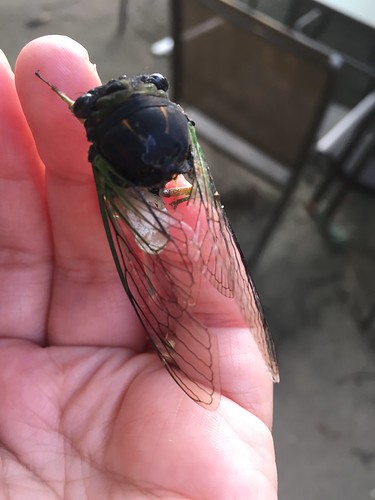 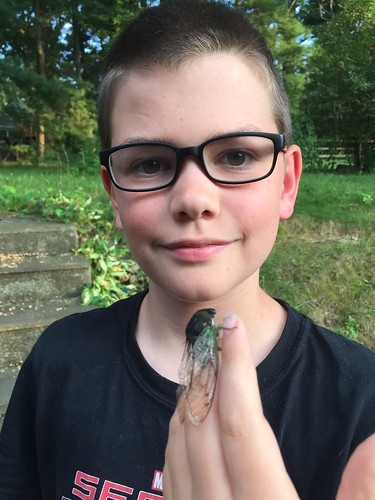 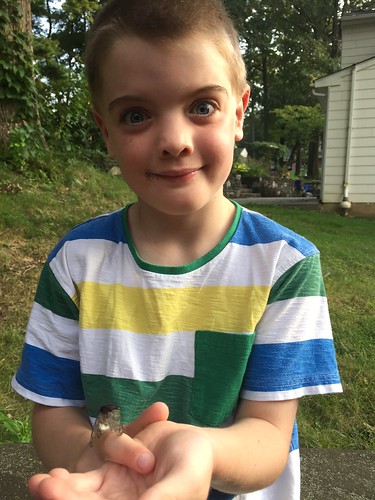 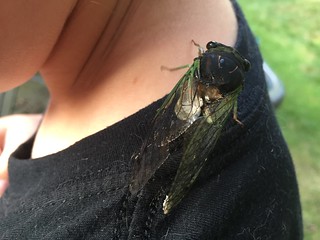 As zombie fans, we were all excited to have found a zombie cicada.  My kids wanted to keep him as a pet.  They reasoned and argued that he stood no chance of surviving without our assistance.  I pointed out that he stood no chance on surviving in a house with two cats either.  They named him Worf because he liked to cling-on to them.  Naming the cicada did their case no good.  I refused to adopt the Undead cicada.  We left him to go his merry way.

The next day, we found an actually fully dead cicada.  My youngest son wanted to adopt that one too.  He wanted to go full Frankenstein and see if we could revive it.  Things were easier when he just collected their sloughed off skins. 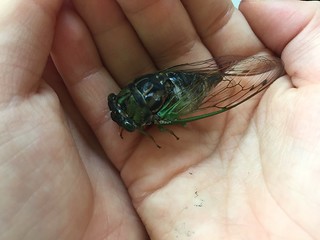