We recently spent a few days in upstate New York visiting with extended family of Mr Pict’s while his parents were also in the country.  The couple with whom we were staying own a boat so – on our first full day there – we were treated to a trip out on Canandaigua Lake.  Canandaigua is one of New York’s eleven finger lakes.  I learned it was 16 miles long and 1 mile wide (hence the “finger”) and was about 130 feet deep on average – but sinking to 276 feet at its deepest point.  Humphrey Bogart used to vacation at Canandaigua so it’s an upscale kind of place.  We saw plenty of incredible properties lining the shore as we headed out on the boat, some of which had their own funicular systems for getting down the steep hillside to the water’s edge. 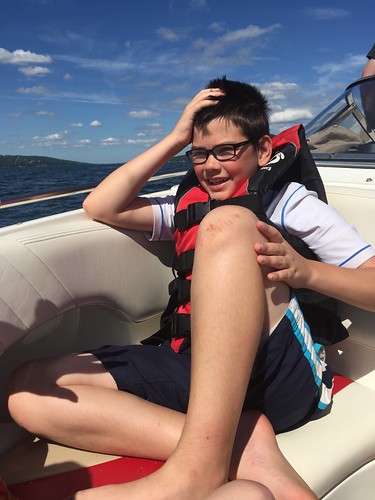 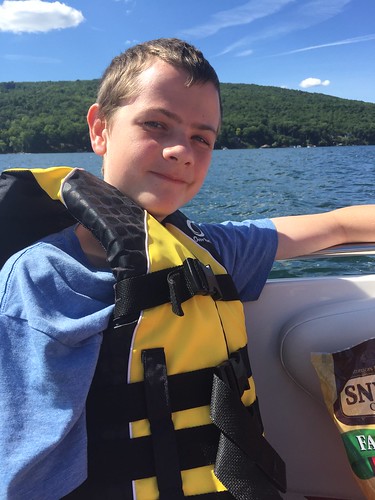 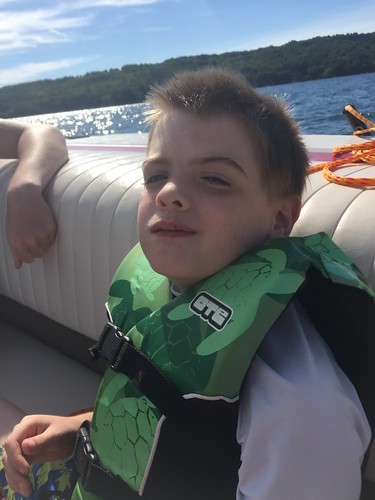 Our kids had never been on a powerboat before so this was a first time experience for them.  They were unsure of the motion of the boat, especially when it slammed into and crested the wakes of other marine vehicles.  They were especially not enjoying the motion when Mr Pict was given a turn at driving the boat.  What they absolutely loved, however, was getting to tube.  A large inflatable was launched into the water and pulled behind the boat with the Pictlings (and sometimes their dad) clinging on.  There were zero complaints about the motion then.  They were grinning and laughing the whole time as they were flung around on the tube.  At first they were tentative and asked that the speed be kept to a minimum but soon they were using their hand signals to request higher speeds.  Our youngest, who had been the most reticent to clamber on to the tube, didn’t even bat an eyelid when he and his father were pitched off the tube and into the lake. 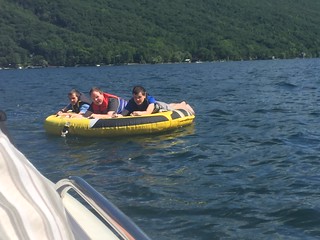 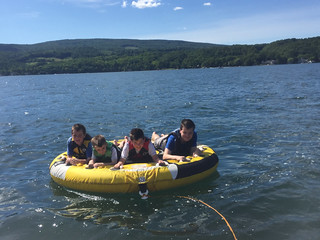 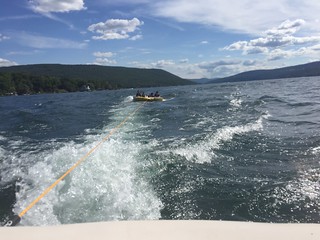 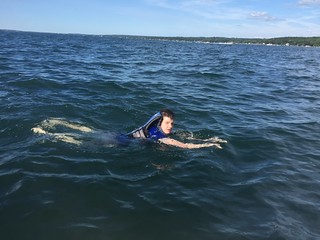 After a few hours out on the lake, we pulled into one of the marinas and enjoyed an evening meal at one of the bars there.  We felt like we were really getting to experience a little sliver of life as part of the boating set.  I think our kids might be wanting a boat now.