Yesterday morning we set off on an expedition to hunt for frogs.  While we have all manner of other wildlife wandering around our garden, we have not yet had any amphibians so we have to go elsewhere in search of them.  We know a spot where, at certain times of year at least, we are guaranteed to see frogs. 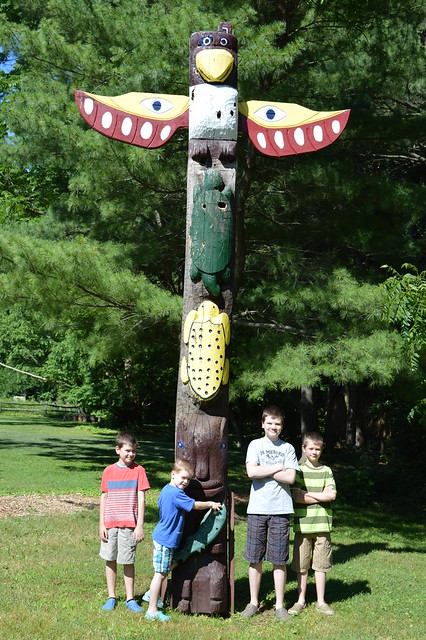 My oldest son was also hoping we would encounter a snake, as we have found them in the same woods before, but we had no luck.  My kids have yet to comprehend that the more noise they make, the less likely they are to meet any critters.  Their constant scampering and foghorn voices give any animal within range ample notice to scurry and hide.  For instance, we saw the flash of a white tailed deer’s rump as it fled from us a nanosecond after my youngest had bellowed something about climbing a tree.

We were, however, entirely successful in our mission to find frogs.  My ten year old must have the best vision out of all of us as he was quickly able to spot frog after frog after frog among the green pond weed.  We could hear the bellow of bullfrogs all around us.  We managed to spot one particularly chubby chappie sitting on a fallen branch, sadly too far away for a clear photograph, but there were some smaller specimens swimming around in the water or sitting just out of the water. 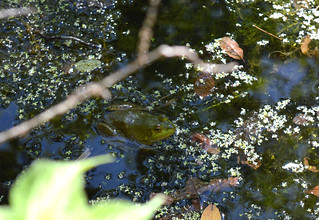 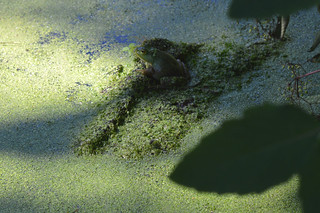 Some of the frogs were very bright green, blending perfectly with the pond weeds, but others were darker brown with mottled patterns on their backs and rear legs. 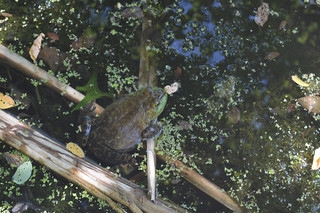 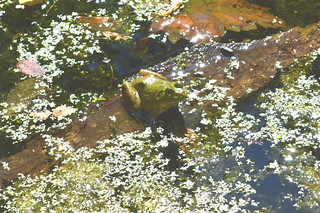 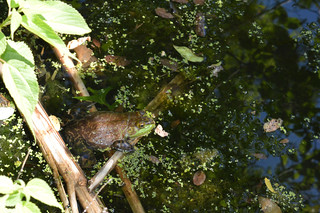 We left the pond and wandered off in search of other interesting beasties.  We saw birds and dragonflies galore – including some stunning neon blue ones with black wings – and some nonchalant squirrels.  Everyone was getting a bit mopey and hot and fractious, forgetting that this was the proper outdoors and not a zoo park.  I could sense a rebellion beginning to foment. 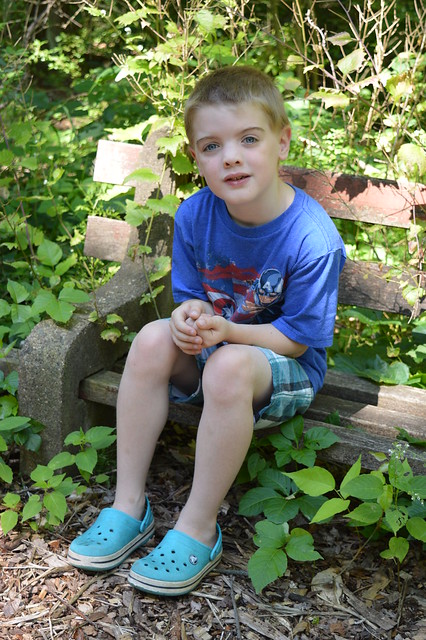 Happily we found a stream that was safe enough for pootling about in.  The boys liked having fish swimming around their feet but they liked the cooling effect of the water and the shade of the trees even more. 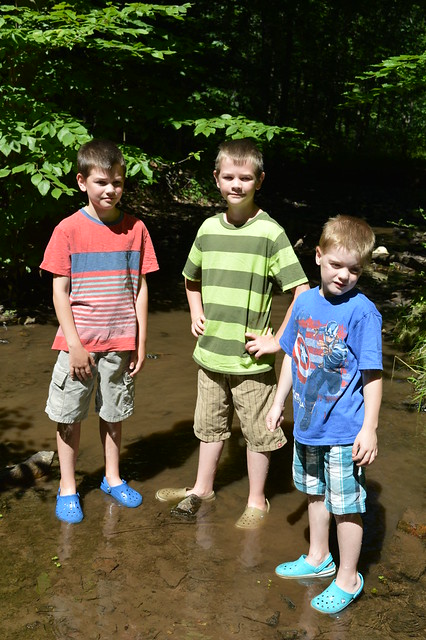 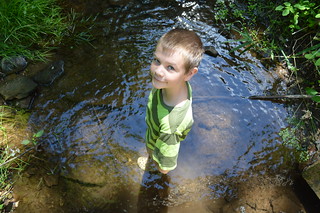 Then, much to everyone’s delight, we spotted another frog and this one was in hand’s reach so they picked it up out of the mud to have a brief closer look before letting it hop off back into the water again.  I think it may be a juvenile green frog but I am not confident in my identification, not being much of a herpetologist. 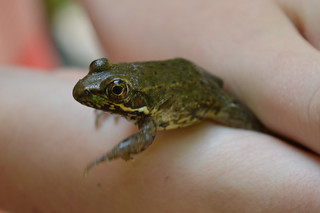 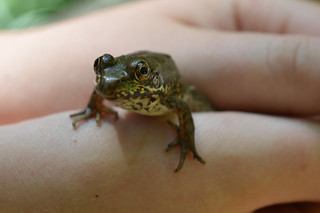 Much cooled down, a little rested, and buoyed from the unexpectedly close frog encounter, the boys’ spirits lifted again and we continued on our stroll around the woods like a band of Merry Men. 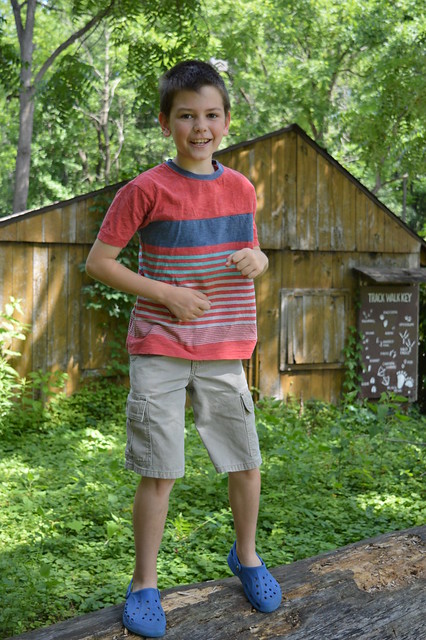