An early check out from the apartment in Montreal and a late check in for our next accommodation meant we had time to spare.  For various, mostly pragmatic reasons, we elected to spend that spare time in Brockville, Ontario.

One of the non-pragmatic reasons we selected Brockville was that it has a disused railway tunnel we could visit.  I confess to only being very vaguely interested in the prospect of visiting a piece of infrastructure heritage because industrial history isn’t my thing.  Just as with being a perpetual pessimist, the joy of having low expectations is that its wonderful when they are exceeded.  Such was the case with the Brockville Railway Tunnel.  I was expecting bare brick, chilly walls, and dripping water and really not a lot else.  It was a grossly hot and humid day, however, so the idea of taking a stroll through intense shade certainly appealed.  What we found, however, was a railway tunnel that volunteers have transformed into an installation that tells the story of the local railway heritage while also being a sort of sensory exhibition.  There was indeed bare brick, chilly walls, and dripping water, but there were also colour changing lights and music and sounds.  I liked the effect of the changing colours a lot.  Ever so often, the sounds of a whizzing train would be pumped in and the lights would go sharp white except for a red section that moved at high speed to replicate the movement of the train through the tunnel.  It was like a disco ghost train.  I mean, there is really only so much you can do to enliven a railway tunnel but I really think the team of volunteers of doing a sterling job of doing so.  It really did make for a pleasant stroll. 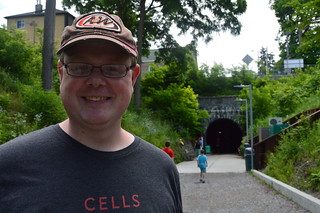 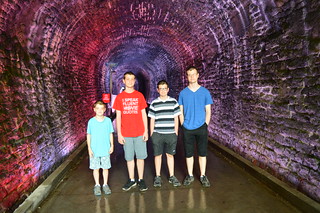 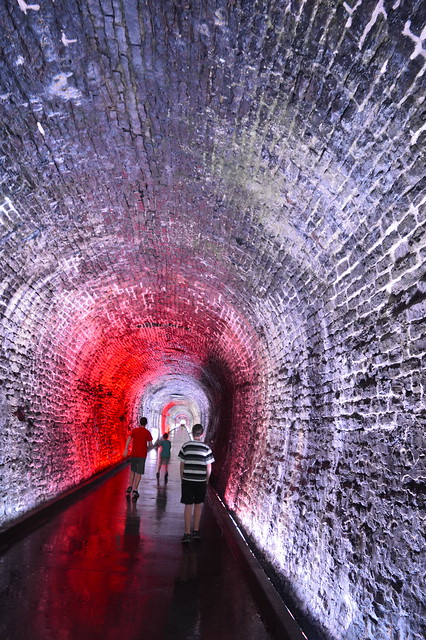 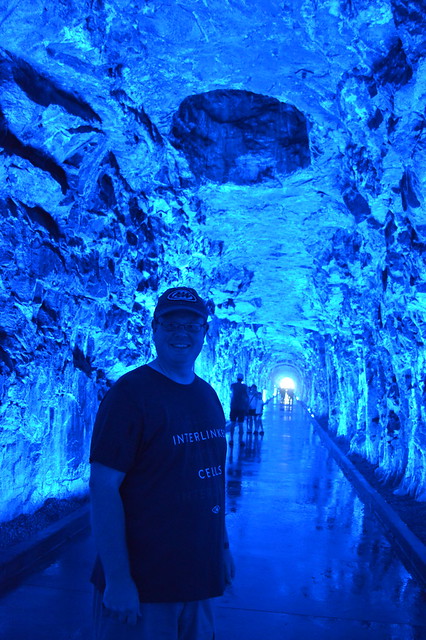 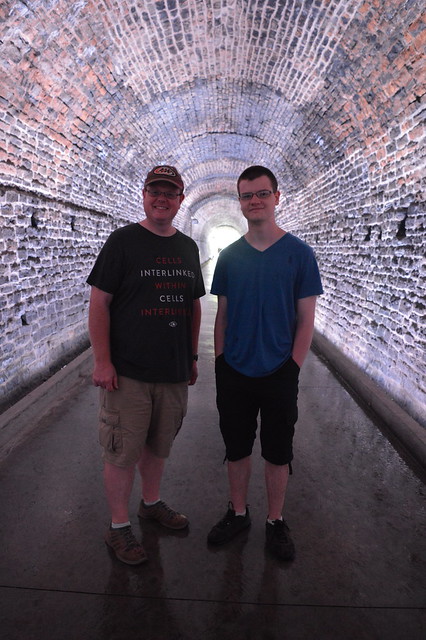 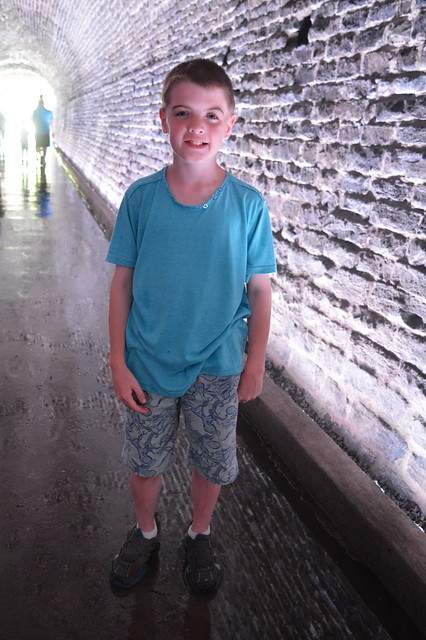 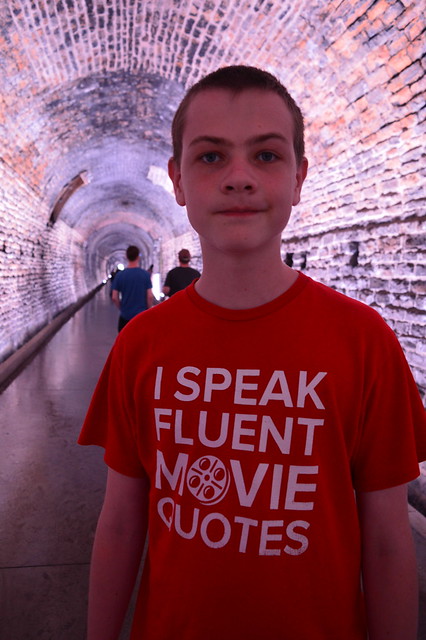 We later spoke to one of the volunteers and he explained that the idea of gussying up the tunnel was for it to act as an enticement to bring people to the town and give it an economic boost.  That ploy certainly worked on us as we popped out the other end of the tunnel and found a pleasant, compact little town on the waterfront and decided to spend some time milling around there.  The boys skipped stones in the water while Mr Pict watched commercial ships charging through the water.  I also found that the town had once been the site of a hospital island where emigrants stricken with cholera had been housed during an 1832 epidemic.  I have a keen interest in the history of pandemics and some epidemics so I found this to be of interest.  A sign also informed me that a fellow Scot had expired there when, in his role as doctor, he had contracted cholera when attending to the sick.  We rounded up our time in Brockville by stopping in at a local pub for a tasty meal. 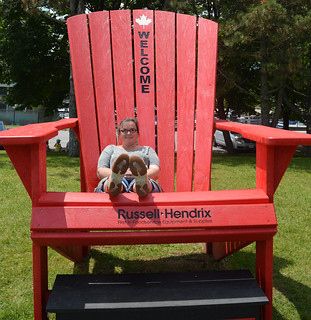 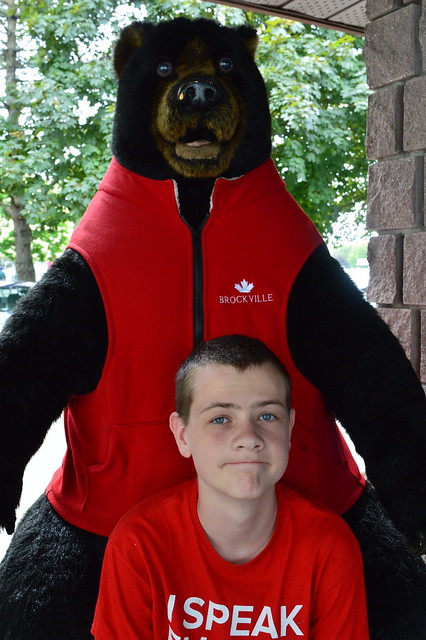 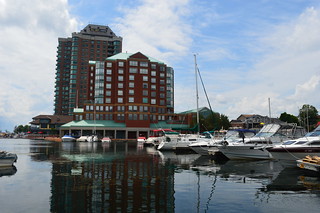 Replete, we next headed to a local supermarket to stock up on groceries.  Our next destination was remote and we had been told that access to groceries would be limited.  We, therefore, decided to stock up on food for the week in Brockville since we knew they had a big supermarket and we had time to burn.  I am big on meal planning and buying only items that are on the shopping list.  However, we definitely added extra items to the shopping trolley because we discovered that Canadian supermarkets stock lots of items we used to buy in Britain but cannot get – or cannot affordably purchase – in America.  We went a bit crazy with breakfast cereal and chocolate and candy.  We actually bought enough that some of the cereal eventually came home with us.  The chocolate, of course, had a much shorter life expectancy.

We arrived at our final destination in the late afternoon.  Long time followers of this blog will know that our road trips usually involve us moving frequently from location to location, and never staying any one place for more than a few days.  For this vacation, however, we decided to treat – or challenge – ourselves to a change of pace.  We were going to be staying in the same location for an entire week.  Adding another layer to the change of pace was the fact that the house we were renting was situation on Lake Charleston and was fairly remote and quiet.  We were going to have lots of downtime in which to relax. 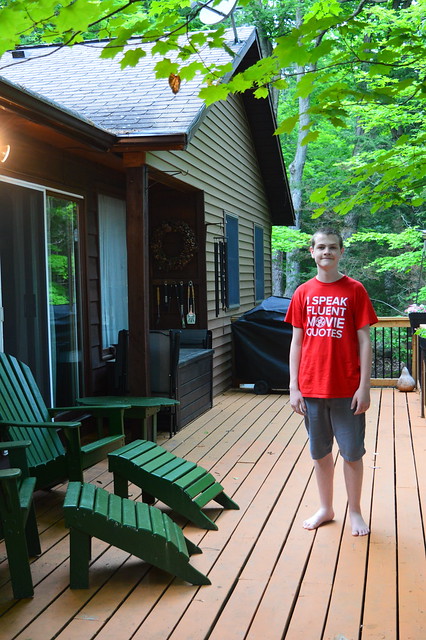 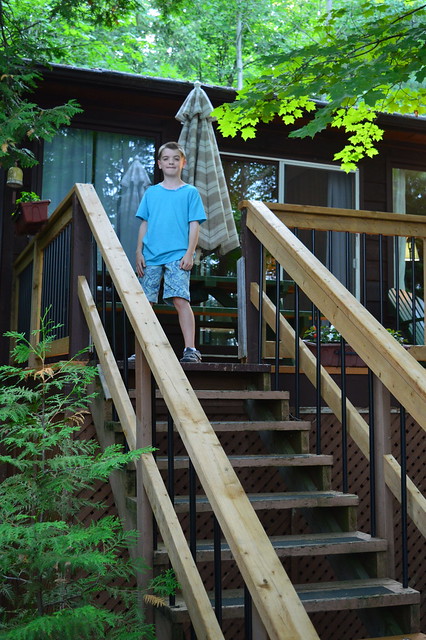 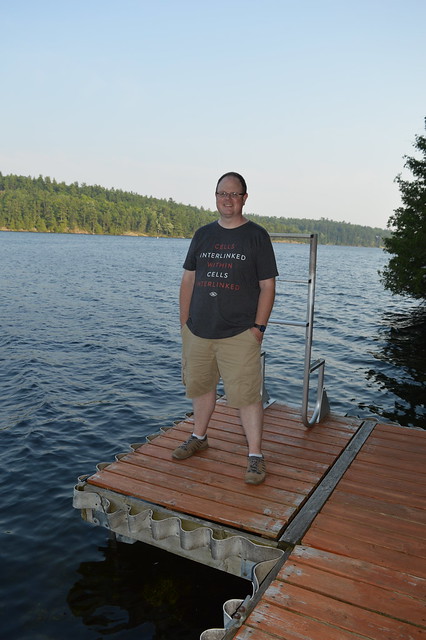 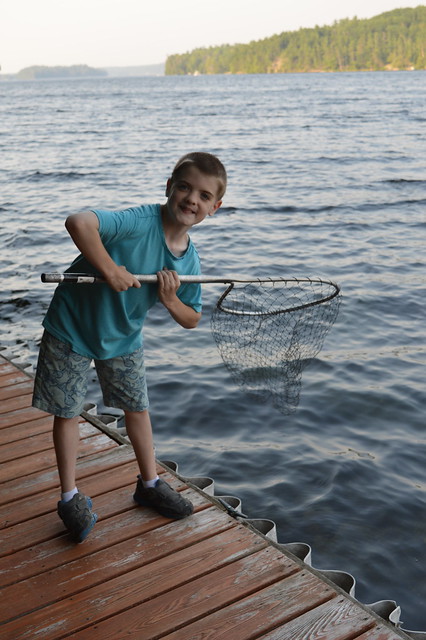