On our final day in Virginia, we decided to go to the Air and Space Center.  We were staying not too far from Langley so it seemed appropriate that we should go and see one of the things the area was famous for.  As a family, we have visited many types of science museums and many types of transportation museums.  Some of these have been fantastic and some very much less so.  This one proved to fall into the latter category.  It was a waste of money and time. 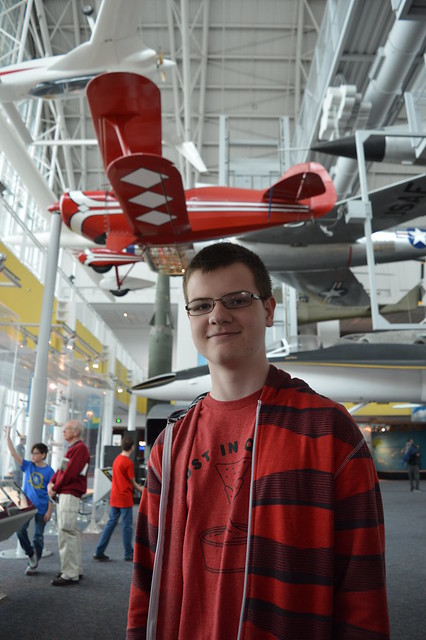 The museum had some interesting exhibits, such as the Apollo 12 command module, but the whole place just fell flat.  It was all very tired and uninspired and very overpriced.  It was probably cutting edge a couple of decades ago but it just wasn’t up to scratch for 2018.  Too many of the interactive areas were not working at all and those that were had problems with appropriate pitching.  What I mean by that is that the interactive aspect of the exhibit was appropriate for engaging a child but the content was far too esoteric and dry to capture or hold their interest. The worst offender was a room dedicated to a fictional Mars mission.  The graphics were dull and the voice acting was horribly flat.  The room was also hot, stuffy, and claustrophobic.  I stopped listening or looking after a couple of minutes because I thought I was at risk of passing out. 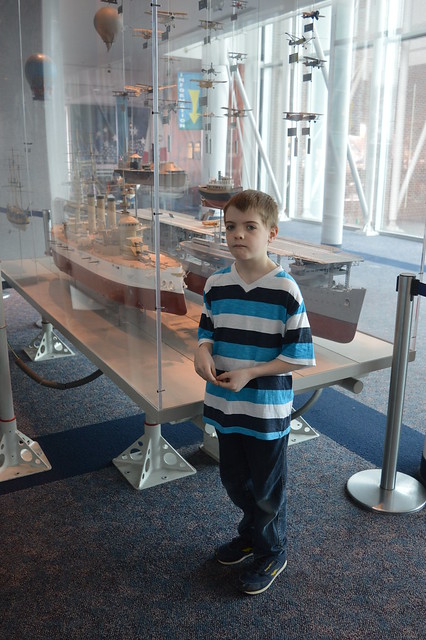 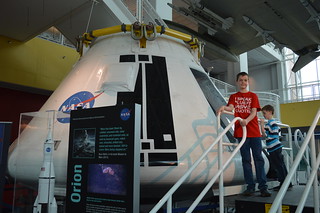 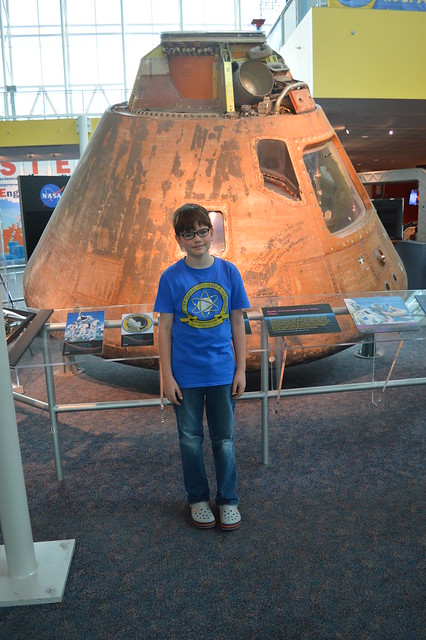 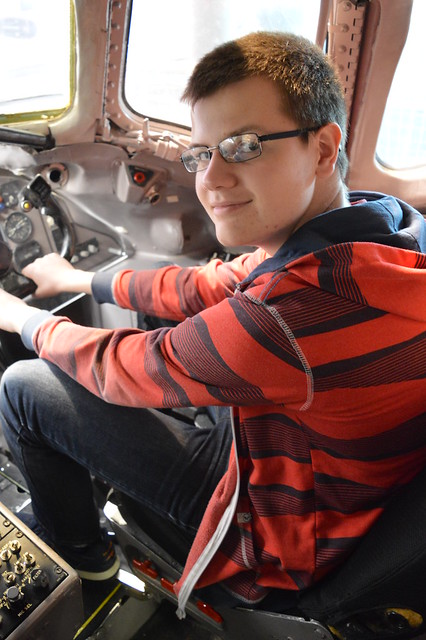 My older kids really did not enjoy the experience with the exception of an excellent Imax movie about hurricanes.  My youngest son enjoyed dressing up in a space suit and playing in the children’s play area but otherwise he did not engage much either.  It was interesting that this was ostensibly a museum with much greater focus on young visitors yet it failed to engage them whereas the Air Mobility Command Museum in Delaware was less child-oriented but really held their interest. 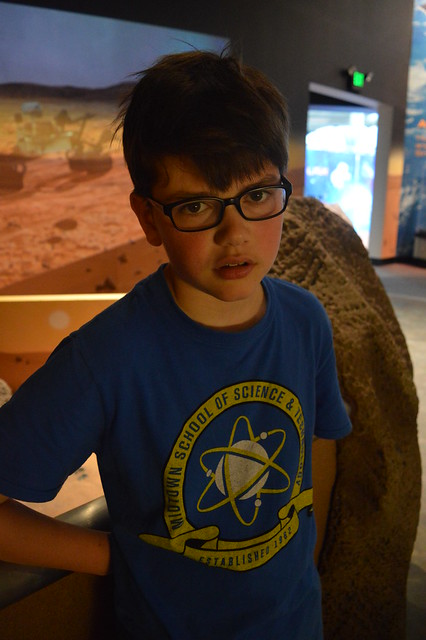 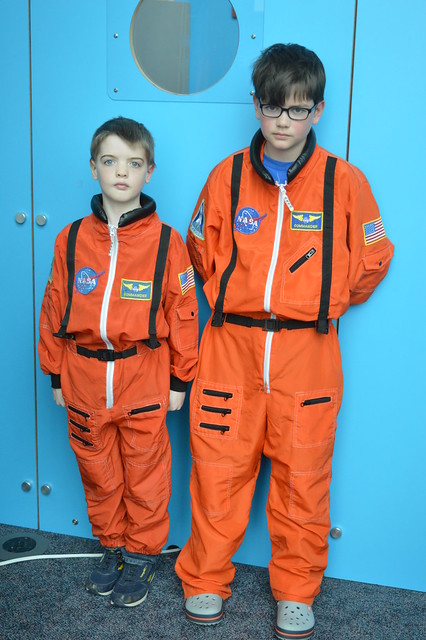 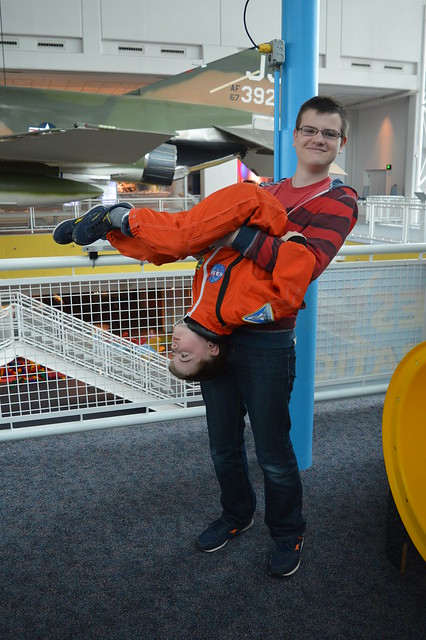 Ultimately, the highlight of the day turned out to be a delicious lunch around the corner and a small store across the street from the Air and Space Center.  The shop sold British food so the boys were in their element with tingling tastebuds and nostalgia. Most of the items were too expensive for us but we allowed the boys to pick a small treat each.  They had a hard time choosing but had fun making their selection. 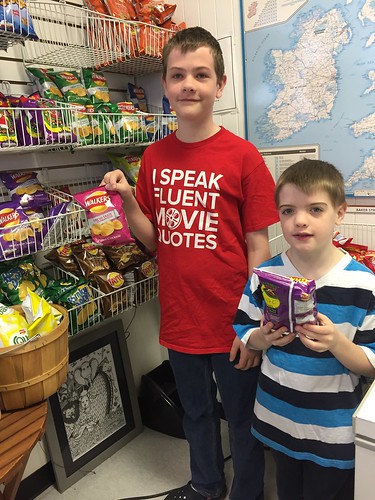 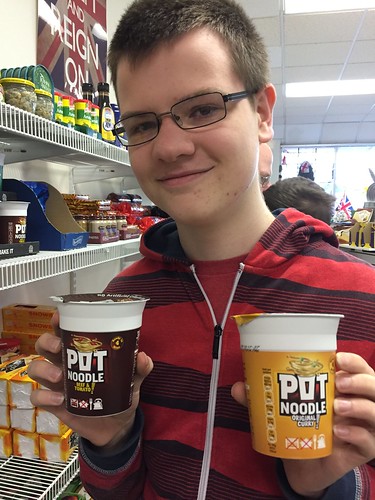 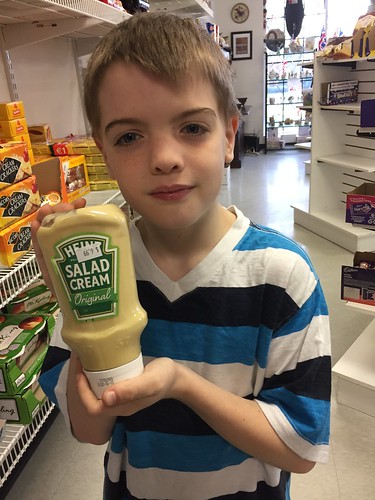