I have a snow day today (woo hoo!) so I just wanted to stop by and leave a little note for my followers – that sounds cult-like, doesn’t it? – my dedicated readers.  For a variety of reasons, I am going to be taking a bit of a break from blogging – longer than my normal breaks – but I fully intend on resuming blogging when life permits.  I expect to be chatting with many of you on your own blogs but my blog will go a bit quiet for the time being.  Frankly, it is not as if pandemic life is giving me much of interest to share with you.

I shall sign off with some photos of when we Picts recently walked almost the entire length of the Powerline Trail. 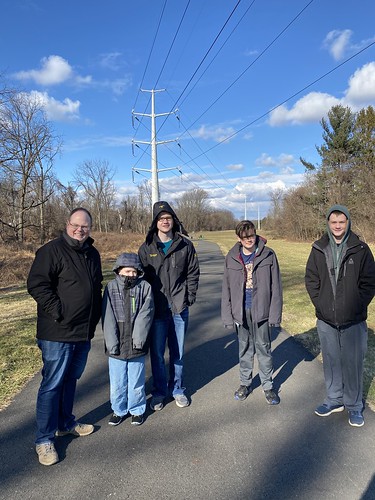 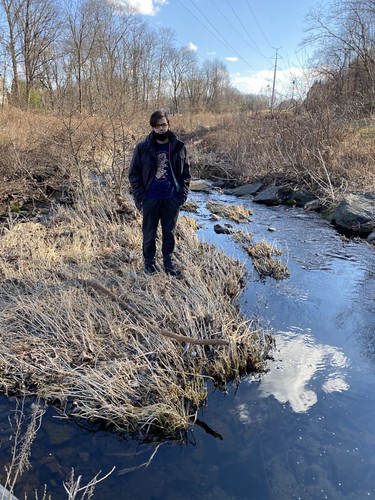 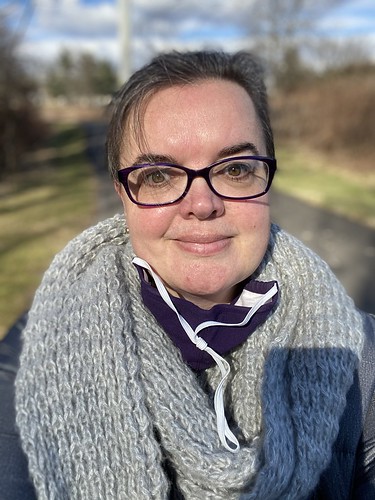 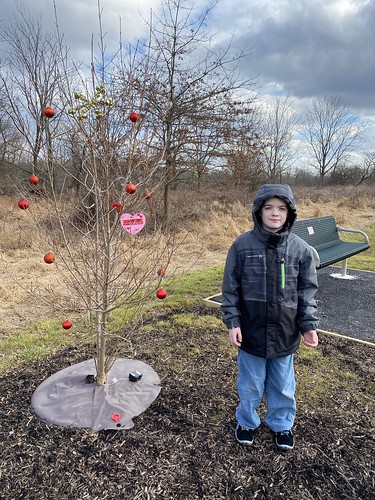 On Saturday, I took three of my boys to have breakfast with Santa – the 8 year old opted out.  This was a first experience for all of us.  Perhaps they do this in Britain too but I was not aware of it until we moved here.

The event was being held just around the corner from us so we toddled off in the chill wind but were soon indoors in the cosy eating mess which was filled with the aromas of scrummy breakfast treats.  When we paid our money, we were each given a chit of paper that we had to fill out stating which particular elements of cooked breakfast we wanted.  We then handed those in and, while it was all being cooked, we were able to spend some time with Santa.

My kids have not had much in the way of Santa encounters.  In the town we moved from, a Santa would travel around on a motorised sleigh just ahead of Christmas, pulling into each street and handing out chocolates to children.  He usually pulled up our shared driveway and my boys would scamper out in their jammies (because somehow I always forgot Santa was expected), exchange a quick few words through chattering teeth and then scurry back indoors again.  However, they have never visited a store-based Santa or a grotto.  My children are aware, incidentally, that these Santas are all just the real Santa’s helpers because obviously Santa himself is way too busy at this time of year to be patronising various events across the globe.  For that reason, therefore, I was not entirely sure how happy they would be with meeting and greeting Santa.

My four year old was perfectly content.  He launched himself onto Santa’s knee and had a good chinwag with him, explaining to Santa that he had asked him for Disney Infinity for the PS3 just to drive the point home.  I actually didn’t think he would ever get back down from Santa’s knee.  My six year old was a bit more trepidatious.  He was not prepared to sit on Santa’s lap so he stood beside him instead and spoke in a voice only hummingbirds could hear.  My ten year old was, of course, far too mature and cool for any such things so he just high-fived Santa.

We then ate a delicious breakfast.  The boys had pancakes, eggs and sausages with hot chocolate and fruit juice and I had a veggie omelette with a cup of tea.  There were also baked goods available so the boys each had a massive muffin before deciding they were starting to get bellies like Santa’s.

I definitely think we should build breakfasting with Santa into our festive traditions from now on.